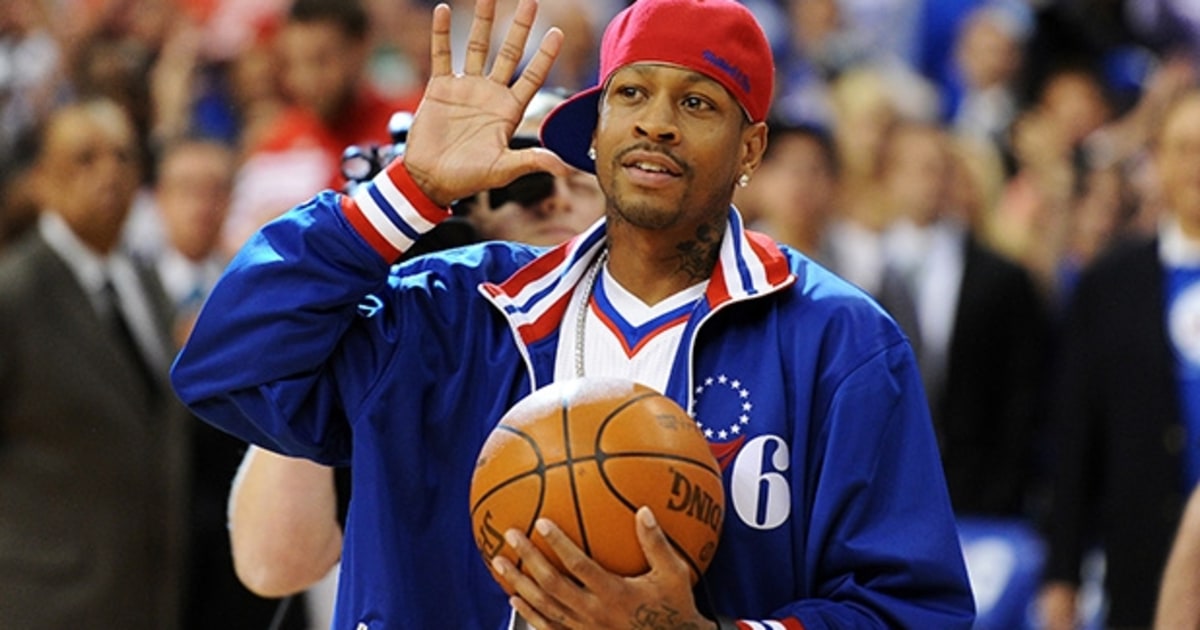 The Big3 took its act to Philadelphia for week 4 action. Many fans got excited at the prospect of seeing two of their most iconic stars in one game. Instead, folks went home disappointed.

Julius Erving was the man who led the Sixers to their last NBA title in 1983. Allen Iverson took the team to its last finals appearance in 2001. Erving was popularly known as Dr.J, the doctor of dunk who revolutionized the game with his aerial artistry. Iverson was known as the Answer during his era. He too, revolutionized the game by making the point guard spot a scoring position. Both were former NBA MVPs. Now both of them are part of the Big 3. Week 4 was supposed to be their homecoming.

Erving is currently the coach of the Tris State team. The team is composed of team captain Jermaine O'Neal, co-captain Bonzi Wells, Lee Nailon, Mike James and Xavier Silas. Iverson meanwhile is playing-coach for 3's Company. Playing with Captain Iverson are co-captain DeMarr Johnson, Andre Owens, Michael Sweetney and Ruben Patterson. Tri-State and 3's Company were set to face each other in week 4. Ice Cube scheduling the event at the Wells Fargo Center in Philadelphia was genius. What NBA fan in Philly would not want to see Dr. J and AI in one game? The date was set. The fans were ready.

But less than four hours before tipoff, Iverson released a video announcement of his decision not to play.

He didn't state what specific injury he suffered, if any. But the announcement disappointed the fans who trooped to the house that Iverson himself built. Twenty five minutes after he was introduced by the PA announcer, cheers of 'We want AI' filled the Wells Fargo Center. Then there was a time out. Music and highlights of Iverson in the Big3 played. The chants got louder. But no matter how loud they got, they didn't get the answer from the player they fondly call as The Answer.

The Big3 is the latest basketball craze in America. The first professional 3-on-3 league captured the imagination of basketball fans by bringing back former NBA players, stars and legends in one basketball tournament. Being the most recognizable NBA star in its roster, Allen Iverson easily became its face. And although he hasn't played as much as his fans would've wanted him to, Iverson's mere presence packed venues in the Big3's first three playing dates. For Week 4 however, the expectations of Philadelphia fans were so much higher. They just didn't want to see Allen Iverson back. They wanted to see him play one more time.

Iverson dazzled the NBA with his killer crossover. He electrified crowds with his uncanny ability to put the ball into the basket. The former #1 pick in the 1996 draft led the Sixers to six playoff appearances in eleven seasons, taking them to an improbable Finals run in 2001. He was NBA MVP in 2001. He was a four time NBA scoring leader and a three time NBA steals leader. Iverson was the biggest star in Philadelphia after Dr. J and with all due respect to Charles Barkley.

Although Iverson moved to Denver, Detroit and Memphis later in his career, he returned for one final season with the the Sixers in 2010, enabling him to retire as a member of the franchise that he carried on his strong little shoulders. Allen Iverson was a basketball god in Philadelphia and the fans worshipped him like one. Even after retirement and his Hall of Fame enshrinement, fans continued to show him the love and vice versa.

But expecting Iverson to be the Answer once again may be too much to ask of the legend. Although he is on the playing roster of 3's Company, Iverson has been more of a coach than a player. He's scored just a total of 6 points in 3 games, shooting only 3-13 overall. He no longer had the killer crossover or the tough fade away shots. Heck, he didn't have his shot nor his legs at all. If at all, this Big3 appearance is more of a celebration ( just business ) than competition for Iverson.

There were several 'boos' at the arena but those were not directed at AI as their idol. It was an expression of disappointment over failed expectations. You see, the Big3 has captured the imagination of America. But it cannot run long time on 40 year old wheels. Jason 'White a Chocolate' Williams suffered a knee injury that could take 8 months( at least 8 ) to heal. Former Clippers star Corey Maggette also hurt his leg in the previous weeks. Now Iverson skipped what was to be his homecoming game. Who knows what next.

One thing is sure. To see half of the fans leave at the half of Iverson vs Dr. J was a sad sight. Dr.J 's team outlasted AI's squad. Nobody seemed to care about that result. The concept of the Big3 is genius. The idea of bringing back legends is awesome. But the reason they are legends is because their time has passed. Unless the Big3 gets its
hands on younger players, then they are going to limp their way to the finish line.