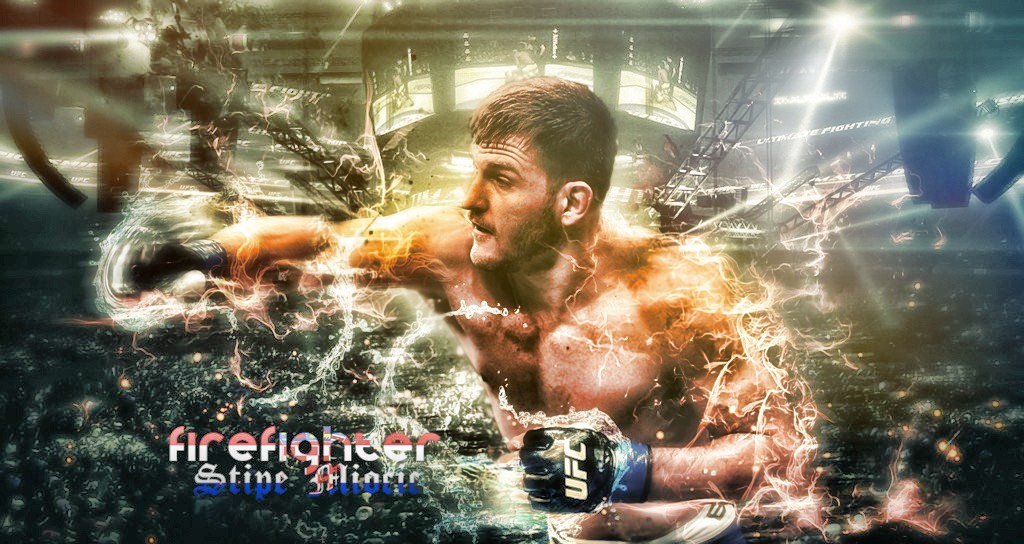 No Question Who is The Baddest Man on The Planet Is

Saturday was supposed to be the dawn of a new era in the UFC’s heavyweight division. Instead, it became the affirmation of the reign of the current champion.

A Force Of Nature

Ngannou had a nine fight winning streak going and had risen to the top of the division by winning his first four UFC bouts by knockout and in brutal fashion. In his most recent outing, Ngannou needed just one punch to shut the light out of Alistair Overeem. The one punch knockout was so violent that Overeem lay flat on his back and looked like he was electrocuted by lightning.

On Saturday night though, the Predator became the prey. While Ngannou came to the fight to take Miocic’s head off in round one, Miocic had a scientific approach. The champion knew he was up against a beast. So instead of going toe to toe with the puncher, Miocic chose to follow his game plan. That plan was to go for the takedown each time Ngannou landed a punch on him. It wasn’t perfect but the plan worked. Miocic grinded Ngannou to exhaustion and took out his power as early as round three.

The champion landed 6 of 14 takedowns and punished him with 28 ( out of 37 ) significant strikes on the ground. He also landed 16 of 17 leg strikes to keep Ngannou from planting his powerful punches. Ngannou had his moments but by the end of round two, it was clear that Miocic had taken away his reputation as the scariest challenger in the history of the UFC.

There were many questions about Ngannou coming to the fight. He had not fought beyond round one before and people wondered how he would be when that horn for the second round sounded. Also, there were doubts on how he would defend Miocic’s takedowns and how he would fare against an excellent grappler on the ground. All those questions were answered, but in a negative way.

Ngannou did not have the stamina to go five rounds. Maybe because it was the pace he pushed in round one or maybe it was because of the weight he carried with him. Regardless, he had few answers when Miocic tried to shoot for takedowns. He defended more than half of those but when Miocic had him down, the champ dominated him on the ground. When they were standing up, it was Miocic who also landed the clearer blows as Ngannou often swung wildly, as if in desperation.

All Is Not Lost

All is not lost for the Cameroonian. Ngannou is only five years into his mixed martial arts career. So while it’s a tough pill to swallow, it should be a learning experience from him. For sure, there will be plenty of ‘hype train’ criticisms coming his way in the next few days but that may not necessarily be the case.

Ngannou is such a freak of nature that he was still able to rock Miocic in the third round despite being out of gas. That other worldly punching power is something that people are born with. Mark Hunt is in his 40’s and is still in the UFC’s Top 5, simply because he has that one punch knockout power. So does Ngannou. With his power and given his inexperience, he will be back and he will be back better. That is still a very scary thought.

But while we give props to Ngannou for surviving five rounds, let us give Stipe Miocic his due. With his victory at UFC 220, Miocic becomes the first heavyweight champion in UFC history to defend the belt three consecutive times. Not only has he set the new bar, he did so against the best competition there was. First he beat Fabricio Werdum for the title. Then he defended it against Alistair Overeem, Junior Dos Santos and then Francis Ngannou. That’s a murderer’s row of opponents if you want to call it that way.

Miocic now can lay his claim as the best heavyweight of all-time. No one has ever done what he’s accomplished and with the way he dominated Ngannou, it even looks like he has gotten better and wiser. If you take a look at the UFC rankings, he’s beaten the contenders ranked 1 to 3. Cain Velasquez is at #4 and Mark Hunt is at #5 but after UFC 220, you doubt if either can beat Miocic.

Of course, this is the heavyweight division where one punch can change the course of history. But Stipe Miocic isn’t just the baddest man in the planet. He is now also the baddest DAD in the planet:

Congrats Stipe on the win. And good luck with changing diapers too.