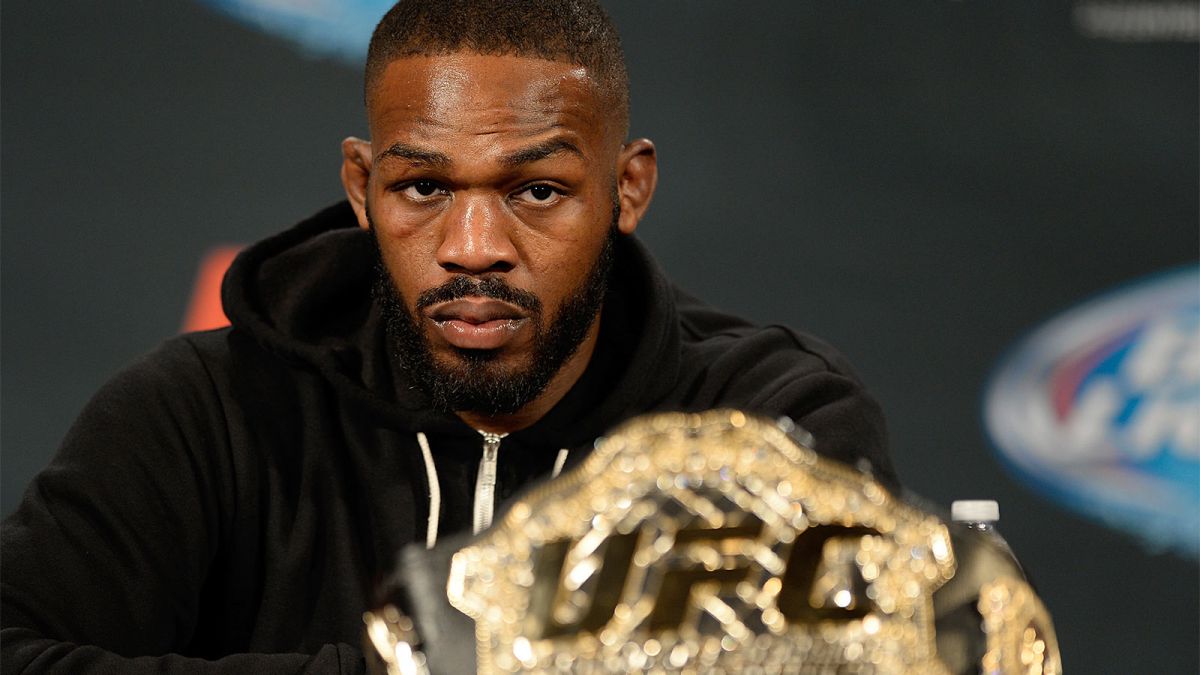 No, this is not a joke. Jon Jones failed a drug test prior to his UFC 214 bout with Daniel Cormier. That means that Jones will likely be stripped of his title and suspended for a period longer than the one year ban he received for a similar violation last year.

Jones’ UFC 214 victory was supposed to be his redemption. From hero to villain, he turned back into a hero again last month, defeating Cormier in spectacular fashion. We thought that he would get his life back with that victory. Instead, he’s probably ruined it one more time.

Jon Jones is widely recognized as the best mixed martial artist out there today and one of the best ever. But it seems that just as greatness emits from him inside the octagon, controversy follows him outside of it. 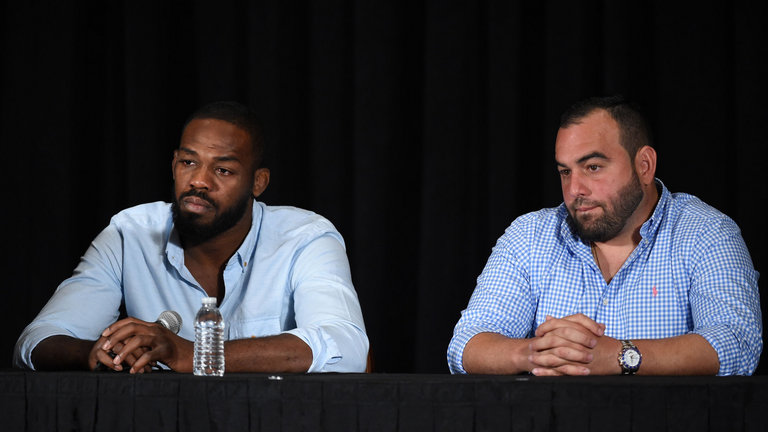 As expected, Jones’ camp issued a statement denying the violation. They want the samples to be re-tested for correctness and to determine if it came from a ‘tainted’ source. Said Jones’ manager Malki Kawa via MMAFighting:

"We are all at a complete loss for words right now. Jon, his trainers, his nutritionists and his entire camp have worked tirelessly and meticulously the past 12 months to avoid this exact situation. We are having the samples tested again to determine the validity or source of contamination. Jon is crushed by this news and we are doing whatever we can as a team, to support him.”

Not only Jones and his team are at a loss for words right now. The whole MMA community is. This is not the first time Jones has failed a drug test. And given what these drug tests have done to his MMA career, you would think he would be the last person to fail yet another drug test. But it is what it is. The USADA has rules and policies. Intentionally or not, Jon Jones has broken it once again.

Brushes With The Law 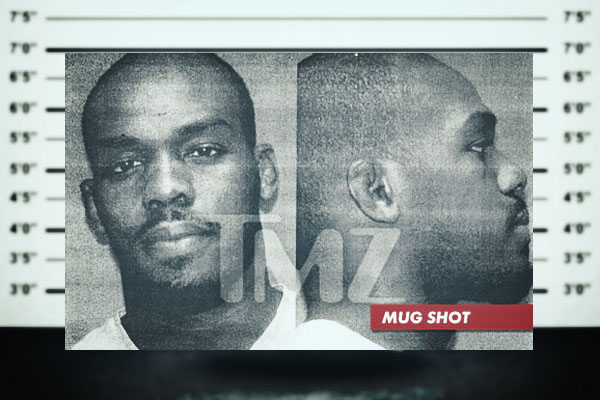 Jon Jones is a record holder and history maker for both sides of the fence. At UFC 128 in 2011, he became the youngest champion in the history of the UFC, defeating Mauricio ‘Shogun’ Rua at the age of 23. Four years later, Jones became the first ever UFC champion to be stripped of a title because of disciplinary reasons. The UFC took Jones’ 205 pound title and suspended him indefinitely after he figured in a felony hit and run accident in April 2015.

In January 2015, Jones tested positive for benzoylecgonine, a cocaine metabolite. But because the substance isn’t banned out of competition by the World Anti-Doping Agency, Jones went on to defeat Daniel Cormier in their first encounter. A week after the first test, Jones was tested again and he passed the test, meaning the cocaine was no longer in his system when he fought DC on January 3, 2015. Jones was fined $25,000 for violation of the UFC’s Athlete Code of Conduct Policy. In 2012, Jones pleaded guilty to a DUI after ramming his Bentley Continental GT into a pole in New York. 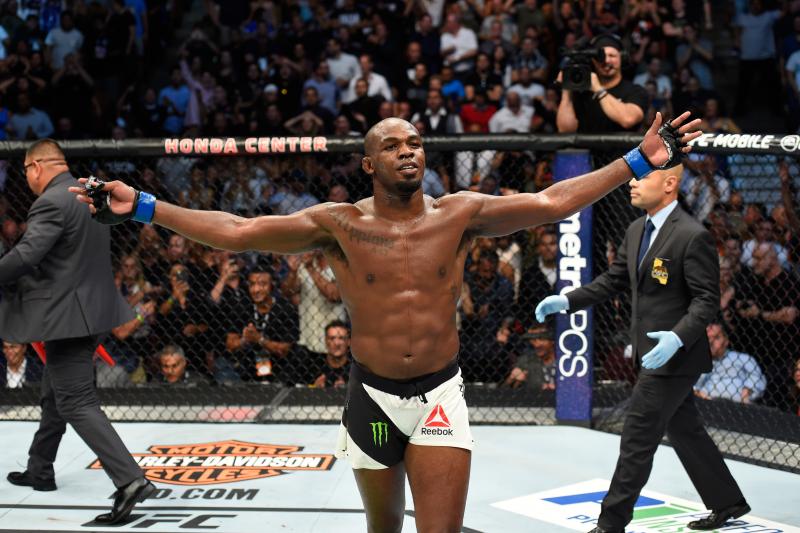 But despite his many run-ins with the law, Jon Jones was accorded every chance available in the book to reclaim his lofty spot on top of the UFC. After he was stripped of his title in 2015, Jones first fight back was supposed to be a rematch with Daniel Cormier for the light heavyweight title which Cormier then owned. DC was hurt so Jones was awarded an interim title bout with Ovince St. Preux at UFC 197 which he easily won by decision.

Jones’ was stripped of the interim title again after the UFC 200 related drug tests. He was suspended for a year and in his first fight back, he was given an immediate shot at Daniel Cormier. Finally, the two fought for the second time at UFC 214 last July 29, 2017 with Jones defeating DC convincingly for a second straight time. Jones not only won the UFC light heavyweight title a third time but he also regained his ranking as the #1 Pound for Pound fighter in the planet. But just when we thought that his would be a happy ending, we were wrong. 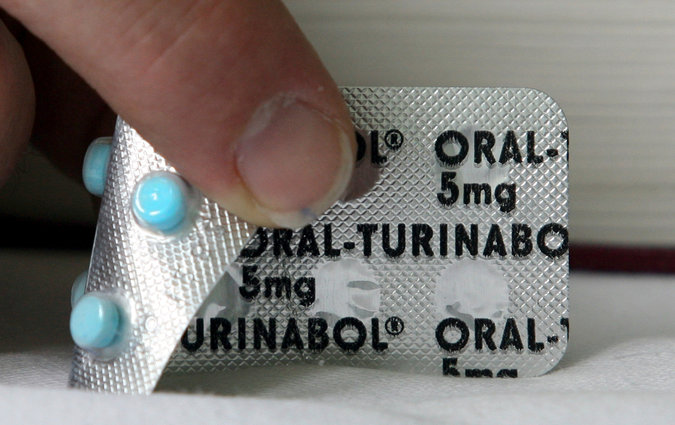 According to the UFC, Jones’ failed drug test was from an in-competition sample taken during his weigh-in on July 28 or the day before he fought Daniel Cormier at UFC 214. The UFC didn’t name the drug but reports are pointing to the anabolic steroid Turinabol as the culprit for Jones’ latest drug violation. If the name sounds familiar, Turinabol is the same drug that former UFC Heavyweight champion Frank Mir was recently suspended for.

Developed by East German drug company Jenapharm in the 1960’s, Turinabol was used by East German athletes to rival their counterparts from the U.S.A. and U.S.S.R during Olympic and other international sports competitions during the 70’s and 80’s. The drug helps muscles retain protein to build or repair them. It’s particularly useful to athletes because it leads to lean muscle gain without any notable corresponding water retention or rise in levels of estrogen. 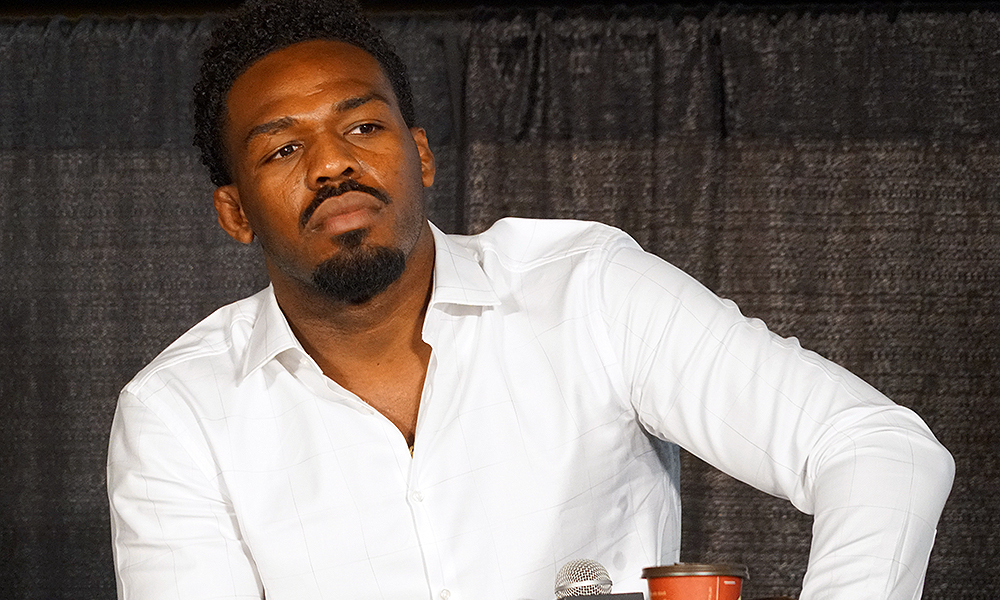 Since UFC 214 was fought in Anaheim, the California State Athletic Commission has jurisdiction over the matter. In a statement, CSAC executive officer Andy Foster said:

“The California State Athletic Commission has been made aware of Jon Jones’ test results and is looking into the matter. The Commission takes these matters very seriously and will take any appropriate actions necessary after a thorough review of the situation. As with all fighters, Mr. Jones is entitled to due process and the Commission will work with the United States Anti-Doping Agency (USADA) to get all of the proper information.”

Just like any offender, Jones will be given due process. That means he will have the right to an appeal. Jones will also have have the right to request his ‘B’ samples to be tested to validate the initial results. His camp has already talked about the latter but no matter what their moves will be, this is yet another big blow to Jon Jones. Perhaps the biggest blow ever. 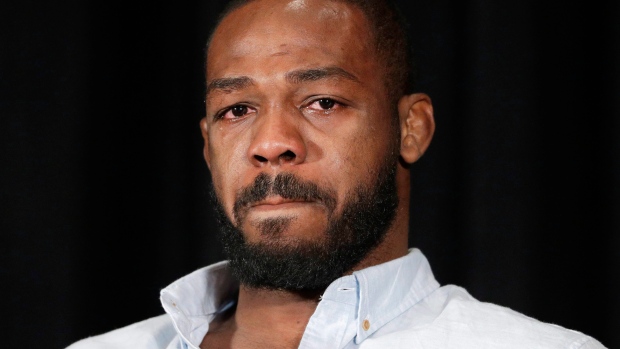 As a consequence, the result of the bout could be overturned, pending the adjudication process to be conducted by the USADA and the California State Athletic Commission ( CSAC ). For now, the UFC has not officially stripped Jones of the title although that could be forthcoming too. As for Jones, a four year ban virtually ends his UFC career. He’s been given every chance to make up for his past mistakes but this latest one could be the final nail in the coffin.