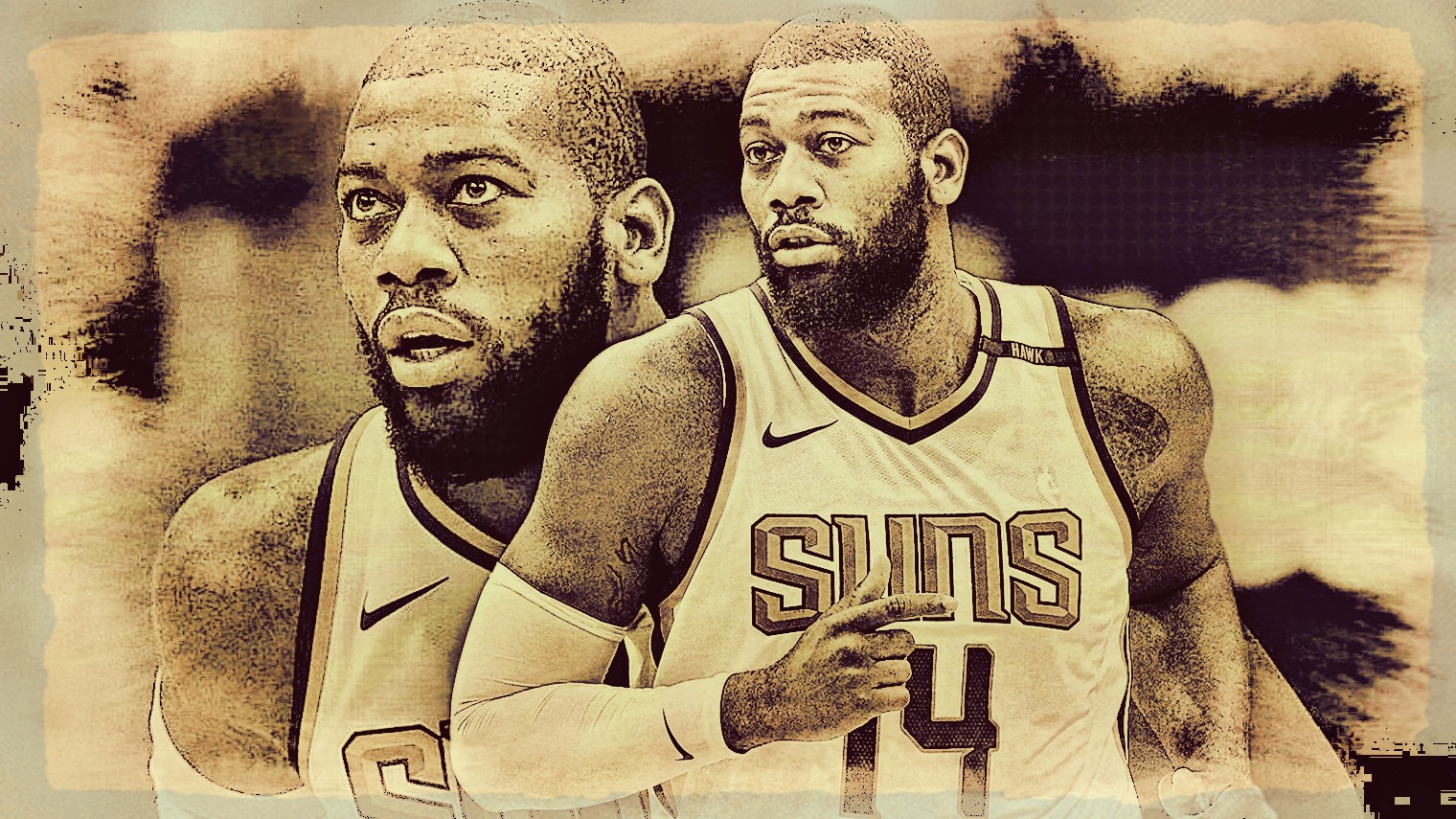 Not Done Yet: Celtics Bolster Line-Up With Greg Monroe

The Boston Celtics have the best record in the Eastern Conference right now but if you think that the men in green are about to sit on their laurels and prepare for the postseason, then you are very wrong. The Boston Celtics are not yet done with their team. 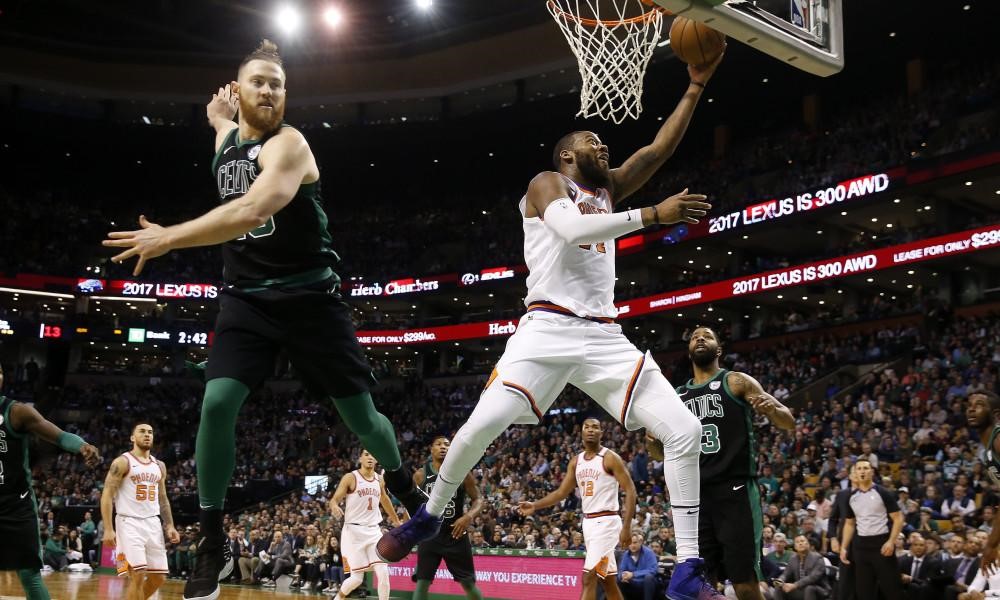 After losing Gordon Hayward to injury on opening night, the Celtics had to find ways to win without the man who was expected to be their top scorer. But the Celtics have managed, behind excellent coaching from Brad Stevens and a breakthrough season from Kyrie Irving. But after Hayward got hurt, the Celtics received a $8.4M disabled player exception which they could use to acquire a player to replace Hayward. The Celtics didn’t rush to use the exception and it seems they have found the right player and opportune time to use it.

According to reports, The Celtics are set to sign center Greg Monroe to a one year deal worth $5M. Monroe was recently bought out of his contract by the Phoenix Suns and is expected to clear the waivers on Saturday. Prior to this development, Monroe was also eyed by the New Orleans Pelicans who lost DeMarcus Cousins to a season ending injury. But with New Orleans only able to pay Monroe up to $2.2M, he chose to play with a contender in Boston rather than get a starting job in his hometown.

Monroe was the Detroit Pistons’ 7th overall pick in 2010 out of Georgetown University. The 6-11 Moose averaged 9.4 points and 7.4 rebounds in his rookie season. He finished 6th in the Rookie of the Year voting and was named to the All Rookie 2nd team. Monroe would blossom into a reliable starter his next season and he would start every game he played for the next three seasons. During the 2014-15 NBA season, he would average a double double with 15.9 points and 10.2 rebounds per game. His best season though would turn out to be his last with the Pistons.

Not A Fit In Milwaukee 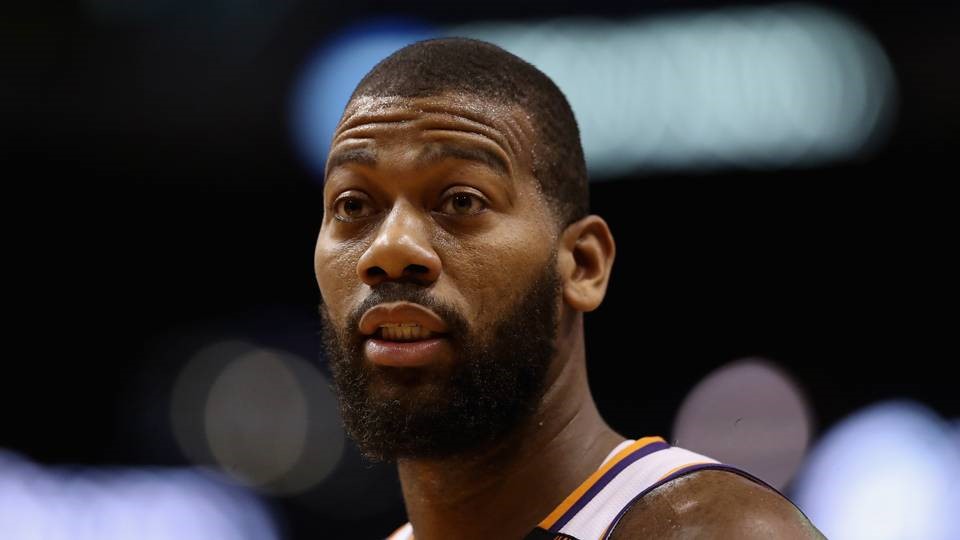 The Moose signed a maximum three year deal worth $50M with the Milwaukee Bucks in 2015. There was a sense of excitement in Milwaukee because after all, here was a promising big man who spurned the big lights of New York and Los Angeles to sign with a small market team like theirs.

The Bucks were coming off a 41-41 season and had every reason to contend with Monroe added to a young core than included Giannis Antetokounmpo, Jabari Parker and Khris Middleton. But while Monroe was a very good player, his style never fit with what the Bucks wanted to do.

Monroe was a throwback big man, who had the ability to score in the low post. But he was slow and ground-bound, in contrast to the fast paced, up tempo style that the Bucks play with Giannis running the show. The result was a struggle. In his first full season at Milwaukee, Monroe averaged 15.3 points and 8.8 rebounds per game. But the better Giannis got, Monroe’s numbers began to plummet. After averaging just 11.7 points in 2016, his lowest scoring average since his rookie season, Monroe became a trade target. 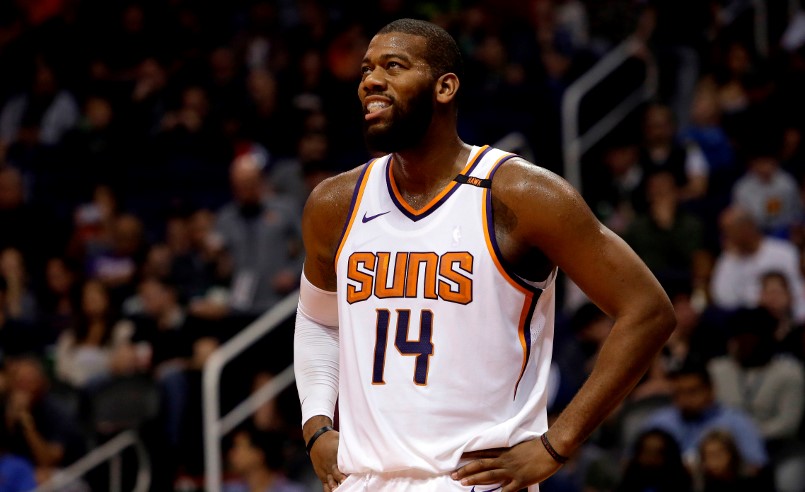 Early this season, Monroe was finally traded to the Phoenix Suns along with draft picks in exchange for guard Eric Bledsoe. Bledsoe was supposed to help Antetokounmpo with the playmaking chores in Milwaukee and his fast paced attacking style fit the Bucks much more than Monroe.

Dispatching Monroe meant creating a $3.8M trade exception that will be valid for a year. With Monroe’s salary gone, the Bucks also moved to $4.4M below the luxury tax line. But more importantly, they finally shed a player that no longer fit into their long term plans, barely three years after acquiring him.

In Phoenix, Monroe’s status was very clear right from day one. Neither was the Moose part of Phoenix’s long term plans and they wanted to trade him at first. Having no takers, the Suns finally decided on a buyout. And on Saturday, Monroe will be a free agent, free to sign with a team he chooses and ready to prove himself again as an NBA player. 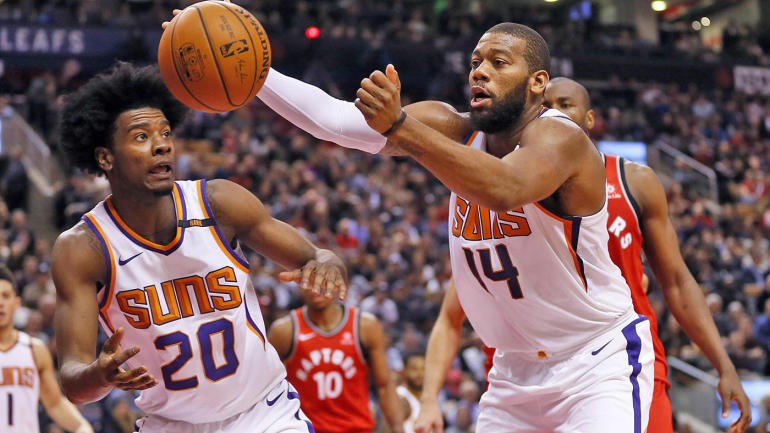 While Monroe won’t start in Boston ( that right belongs to the tough nosed Aron Baynes ), he will provide them with rebounding and points in the paint. While Boston ranks 10th in the league in rebounding, they are only 22nd in offensive boards per game. With Monroe’s 2.9 offensive rebounds per game average in his career, he will surely help the Celtics in that department. Also, Boston is second to the last in the league in points in the paint per game at 39.4. Monroe’s inside scoring can help boost that statistic: 86% of Moose’s shots come from 10 feet and nearer and he’s a career 62.1% shooter from three feet or closer.

While the Celtics have an excellent defensive big man in Al Horford and a tough as nails center in Aron Baynes, they’ve never had a big time rebounder since Kevin Garnett. Monroe’s career rebounding average is 8.3 rebounds per game and no Celtic has averaged that many rebounds in a game since Garnett’s 8.9 in 2011.

Rebounding has some kind of significance to Boston this season. In 31 of 59 games, the Celtics have outrebounded their opponents. They’ve won 30 of those 31 games with the only loss coming to the Golden State Warriors last week ( that was a close game ).

However effective he will be, Monroe will be a short term lease for the Celtics as he will be a free agent at the end of the season. Still, given what the Celtics need and where they want to go, adding Greg Monroe is yet another good move for Danny Ainge and the front office. If the reports that Boston is still eyeing to add Lou Williams or Tyreke Evans to their roster before the trade deadline are true, then expect the team to make a big splash in the postseason.