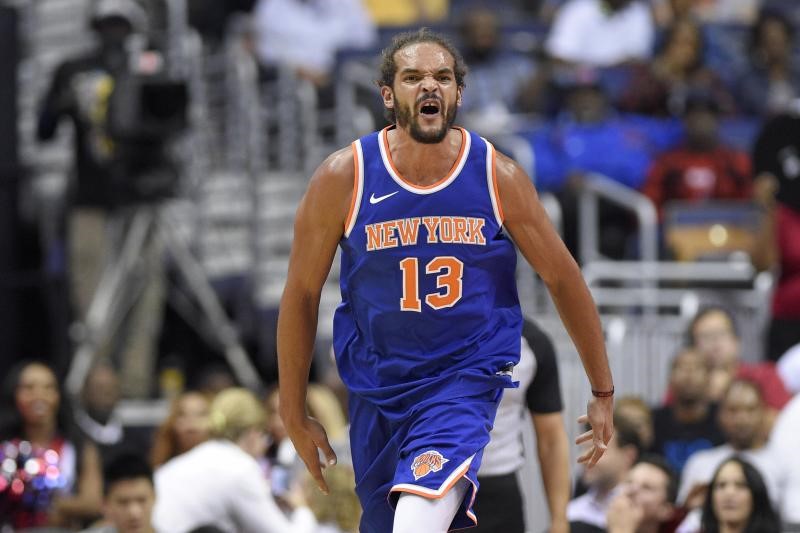 Not Even An Ark Would Save This Noah

When the New York Knicks hired David Fizdale as their new head coach, there was hope-although very little, that Joakim Noah would be reintegrated to the Knicks lineup. But as the season approaches training camp, it appears that the Knicks still want to get rid of the former 2014 NBA Defensive Player of the Year awardee.

According to NBA sources, the Knicks are still actively pursuing a trade for the 33 year old center. But if they cannot find a trade partner soon, the Knicks will use the waive-and-stretch provision to get rid of Noah sometime after September 1 or before the NBA’s training camp begins.

By stretching Noah’s contract after August 31, the Knicks will still pay him his full $18.53M salary which will also still count as full in New York’s salary cap this year. However, for the 2019-20 season, Noah will only count for $6.4M instead of $19.295 thereby giving New York an additional $12.9M in cap flexibility next summer. However, Noah will continue to count as $6.4M for the 2021 and 2022 seasons.

Not A Bad Idea

Stretching Noah would not be a bad idea. The Knicks have no choice really. And even if they have to pay him full this season, it won’t hurt much because not much is expected from New York this season with Kristaps Porzingis still out with an ACL injury. So the Knicks might as well suffer the burden of Noah’s full salary this season and then get some financial flexibility next season when Porzingis is back and the Knicks are ready to contend.

It can be recalled the former New York Knicks President Phil Jackson signed Noah to a four year deal worth $72M in the summer of 2016. There were a lot of expectations on Noah but instead of becoming the defensive presence they wanted him to be, it has been New York who has been on the defensive end, trying to minimize the damage done on them by the worst contract signing in Phil Jackson’s tenure.

Since coming over to New York, Noah has never made an impact in the Big Apple. Noah played just 46 games during the 2016-17 NBA season after various injuries and after undergoing arthroscopic surgery on his left knee. In February of that season, the league suspended Noah for 20 games for violating the NBA’s anti-drug policy.

The suspension carried over over to 12 games during the 2017-18 season and Noah eventually lost his spot in the Knicks rotation when he was ready to return. He was exiled from the team in February after a heated argument with former Knicks head coach Jeff Hornacek.

Exile From The Knicks 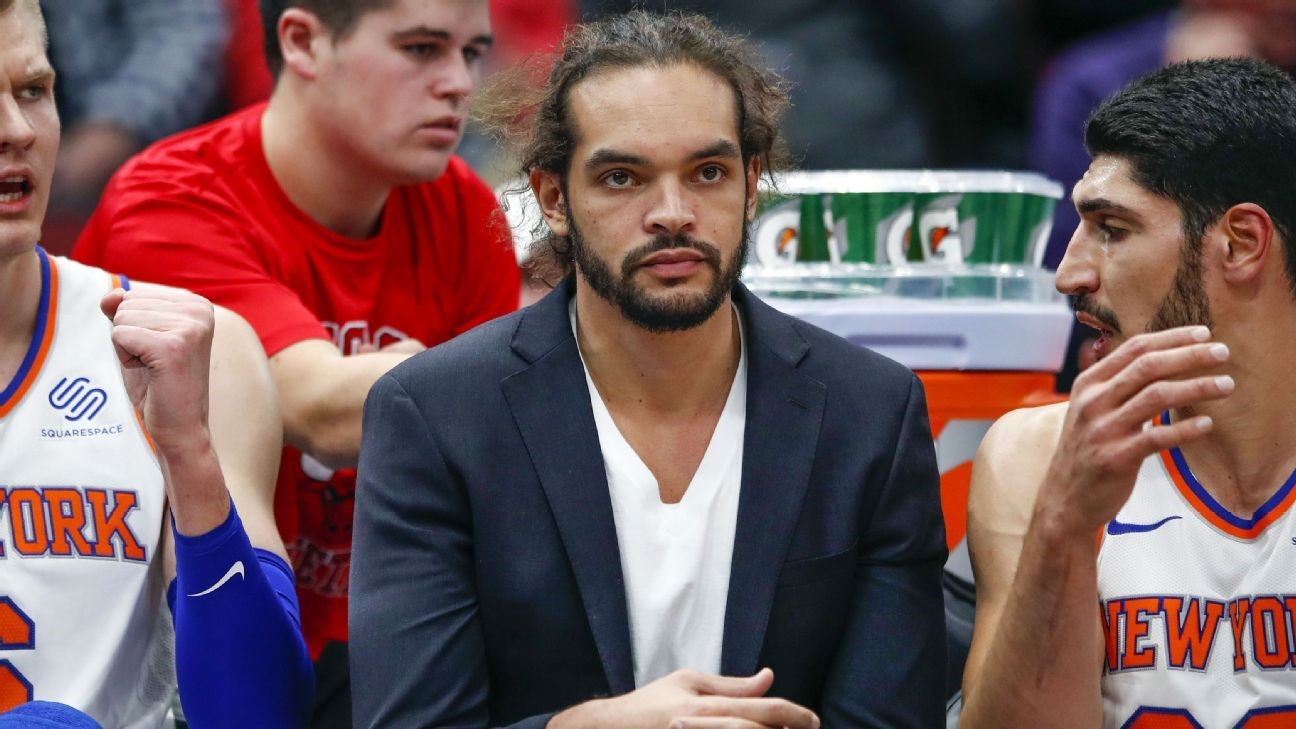 Noah and Hornacek had always argued about his playing time and role with the team but their disagreement turned physical when they had to be separated during a West Coast practice session in January. The confrontation came after Noah logged in just five minutes of playing time during a game against the Golden State Warriors. In the team’s practice session after that game, Noah verbally confronted Hornacek and some reports said that they almost came to blows.

Noah ended up playing just seven games for the Knicks last season before he was sent away following his confrontation with Hornacek. After averaging 5 points and 8.8 rebounds per game in 22.1 minutes of action in his first season with the Knicks, the former Chicago Bulls All-Star center averaged just 1.7 points and 2 rebounds in 5.7 minutes of average playing time last season.

As it stands now, we have likely seen the last of Joakim Noah in a Knicks uniform. NBA sources add that Knicks’ GM Steve Perry is still hopeful that they can find a trade partner for Noah, how difficult that may be. Perry had been actively shopping his disgraced big man since last season’s trade deadline but have been unsuccessful.

The Knicks have been cautious in adding young players or future draft picks in a trade package that would make Noah attractive to other teams. But without other considerations, it does appear that no team would want to take a 33 year old center with a big contract plus a history of injuries and who may be a red flag inside the locker room. 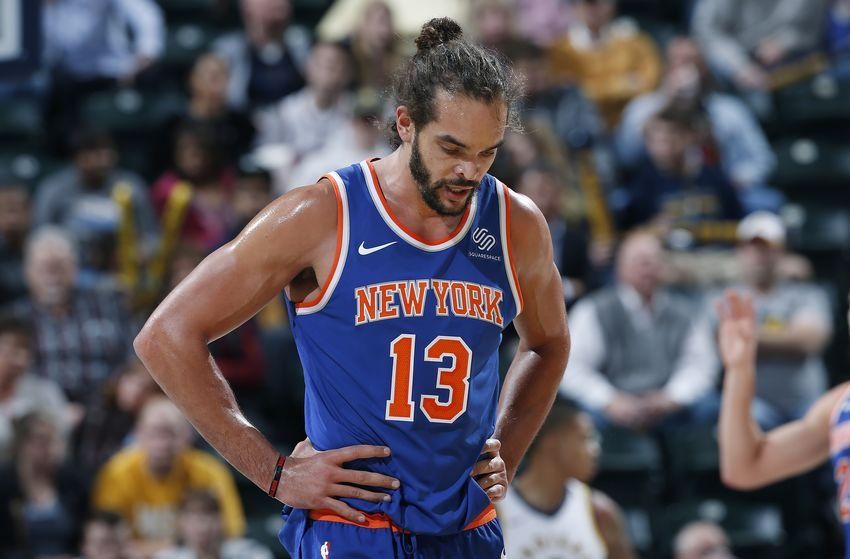 Actually, the Knicks should be in no rush to stretch Noah this early because they will still be paying him his 2018-19 salary in full. They can always hold on to him as long as they can this season with the hopes of finding a trade partner. The Knicks can use the same stretch provision next summer but they are doing Noah a big favor if they stretch him before training camp begins.

While he is on the decline, Noah still insists that he wants to play again. Given that the Knicks don’t consider him a part of their future plans, releasing Joakim Noah after September makes him a free agent and gives him the opportunity to find a new team, if there is still any taker for him.

The 9th overall pick in the 2007 NBA Draft may be a forgotten entity already but if we look at his resume, Noah is still a two-time NBA All-Star, two-time all NBA Defensive First team member, All-NBA First team member once, the NBA’s Defensive Player of the Year winner once and let’s not forget a J. Walter Kennedy Citizenship awardee in 2016. So before he turned into this mess, Joakim Noah was a must have big man in the NBA. Can he be that again or even just a little of that? We’ll never know the answer unless some team out there is going to give it a shot. We’ll find out after the Knicks waive him.

Noah recently told TMZ that he still wants to play for the Knicks and that he still loves New York. But the feeling doesn’t seem to be mutual at this point in time. In the biblical story, a gigantic ark saved Noah, his family and a remnant of all the animals in the world from a flood that engulfed the world. For Joakim Noah though, not even an ark big like that would save him from being swept away from the Big Apple.