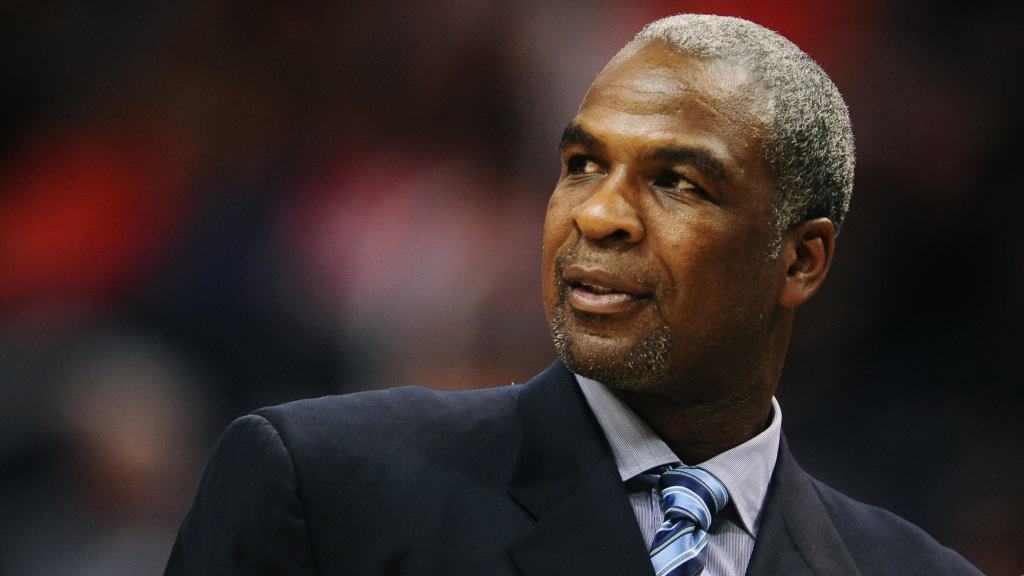 Six months ago, Former New York Knicks forward Charles Oakley figured in an altercation with security at the Madison Square Garden. Charges were filed against Oakley while the latter vowed to fight the charges in court. Last Friday however, ‘Oak’ accepted a deal that would drop the charges filed against him but would, for one, ban him from the Madison Square Garden premises for one year.

Altercation at the Garden 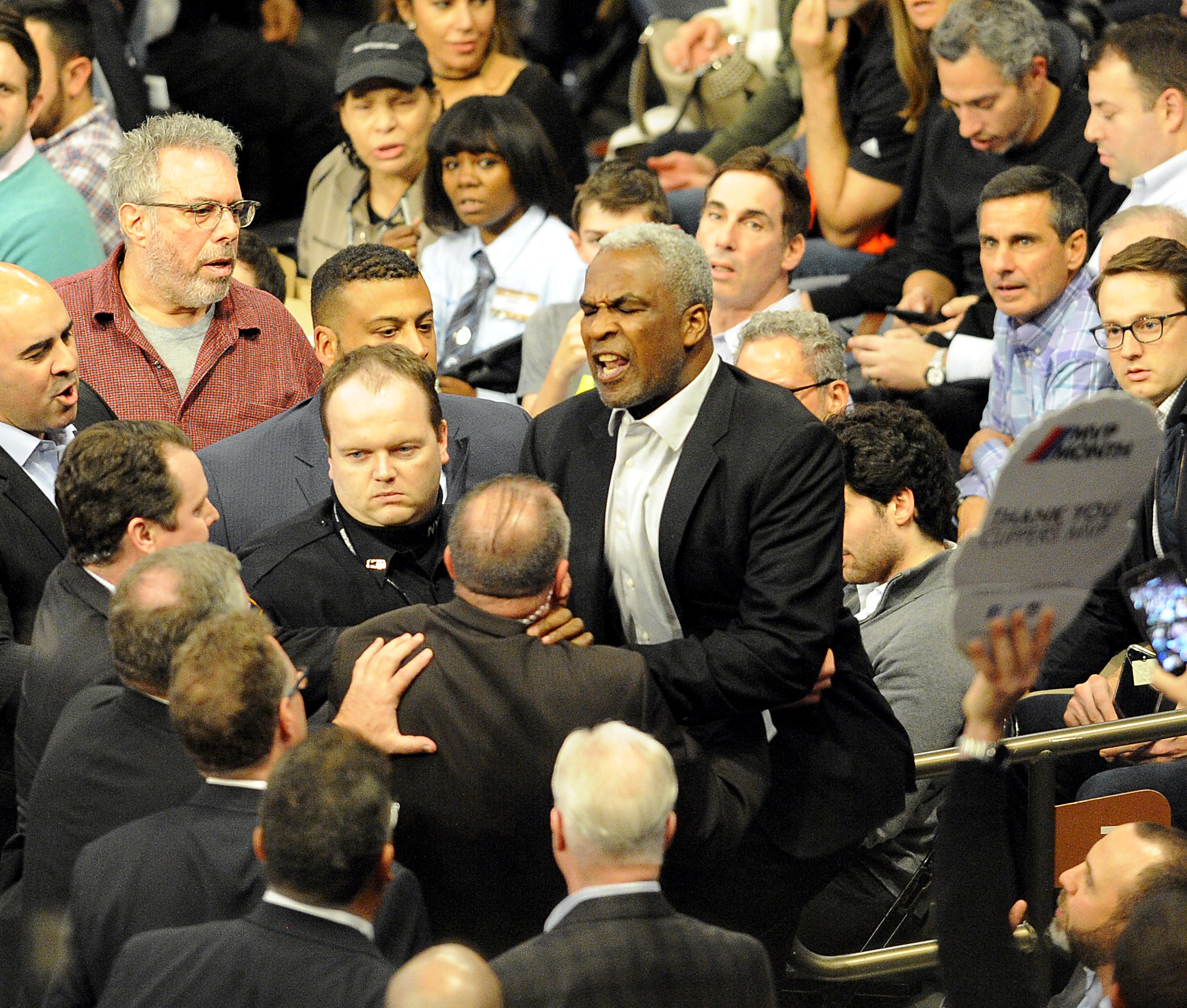 Last February 8, Oakley figured in a shoving match with MSG security at the height of a Knicks vs Clippers game. During the incident, the 53 year old former Knick was removed from his courtside seat by arena security. After tangling with the guards, Oakley was handcuffed, put to the ground and arrested after being charges with three counts of third-degree assault and one count of criminal trespass. He was also cited for two counts of harassment which are not considered criminal violations.

According to MSG security, Oakley was ‘shouting and cursing’ apparently towards Knicks’ owner James Dolan. The verbal abuse forced the guards to physically remove Oakley from his seat, hence causing the commotion. On the other hand, Oakley maintained his innocence saying he ‘did nothing wrong’. In case you haven’t seen the video yet, it’s a must see:

Oakley was offered a deal by Assistant District Attorney Ryan Lipes on Friday. Under the agreement, the charges against Oakley will be dropped if he stays out of trouble ( doesn’t get arrested ) for six months . In addition, Oakley must adhere to a civil trespass order that prohibits him from entering Madison Square Garden for one year.

The lawyers for the Garden security criticized the deal, saying Oakley got the easy way out because of his celebrity status. Meanwhile, Oakley’s attorney Alex Spiro said that his client “will be pursuing all civil remedies against Dolan.” Although Spiro refused to elaborate, one such action could be an oral defamation case.

Immediately after the incident, Dolan banned Oakley from the Madison Square Garden saying they needed to keep the arena a safe and comfortable place. Dolan also said that Oakley has ‘anger management’ problems and then went on to suggest that Oak ‘may have an alcohol problem’. Oakley has denied any trouble with alcohol and maintains he was removed from his paid courtside seat because of a long standing grudge with Dolan.
Dolan’s actions were condemned by current NBA players including LeBron James and Dwyane Wade. The players complained that the Knicks were treating a former employee unfairly. . Fans also showed their support for one of the franchise’s stalwarts during the 90’s by chanting ‘Free Oakley’ during home games. Even fans at the N.Y. Rangers home games were proclaiming ‘Free Oakley’ too. 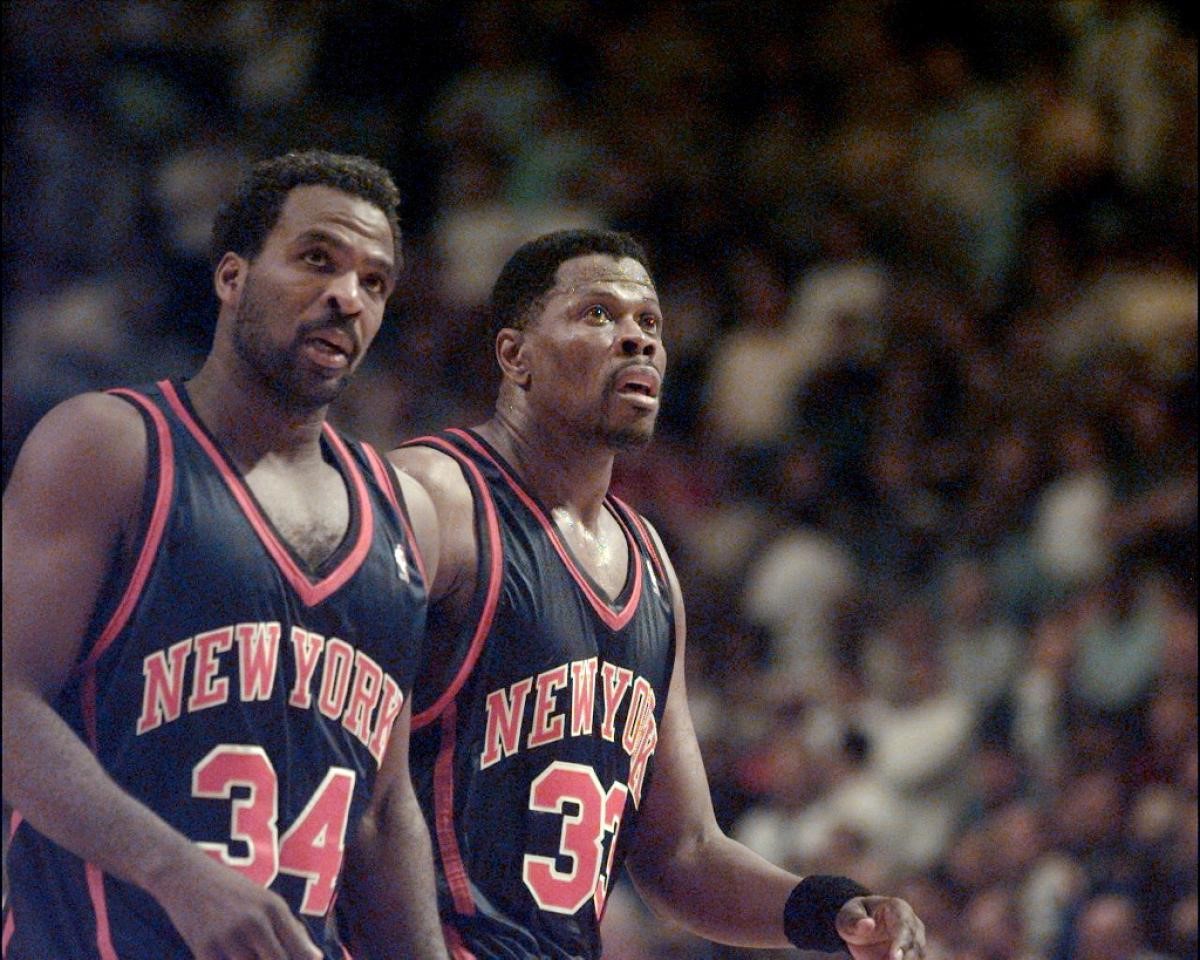 Charles Oakley played 10 of his 19 NBA seasons with the New York Knicks. As part of the core that included Patrick Ewing, John Starks and Mark Jackson, Oakley was known primarily as a defensive enforcer and a monster rebounder, thus becoming Madison Square’s guardian. Oakley made his only All-Star appearance with New York in 1994. He was also a member of the All-Defensive First Team during 1994 and the All-Defensive Second team in his last season with the Knicks in 1998.

During the Knicks’ run to the 1994 NBA Finals, Oakley started a total of 107 games during that season. That included a record 25 playoff games and all of the 82 games during the regular season. Four years later, Oakley was traded to Toronto Raptors but he remained one of the most well-loved Knicks’ players of all-time. After making the playoffs every year in the 90’s the Knicks have since gone to the postseason only five times since the turn of the century. 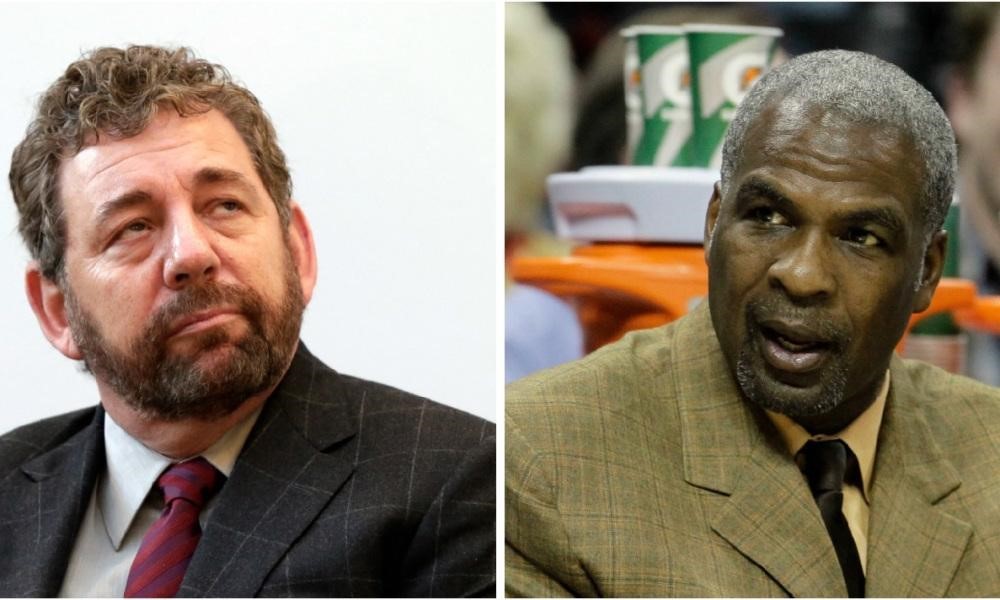 Oakley has always been very critical about Dolan and spoke badly about his feud with the team owner. In 2015, Oakley went public to call Dolan both a ‘bad guy’ and a ‘Motherf_ _ _ _ _’ for refusing to talk to him. During that time, Oakley also criticized the team, which he called Dolan’s product, saying they stinked because they simply played ‘gimme basketball’.

Where their feud began in unclear but Oakley once said that the reason why James Dolan didn’t want to talk to him was because of something he ( Oakley ) said on paper a long time ago. Oakley can’t recall what he said nor did Dolan say what it was but it could’ve been in 2010 when Oakley blasted the Knicks for signing Amare Stoudemire, which caused problems with then President Donnie Walsh. Regardless, Dolan took his anger on Oakley to a whole new level. And he ended up, as usual, as the bad guy in the story. 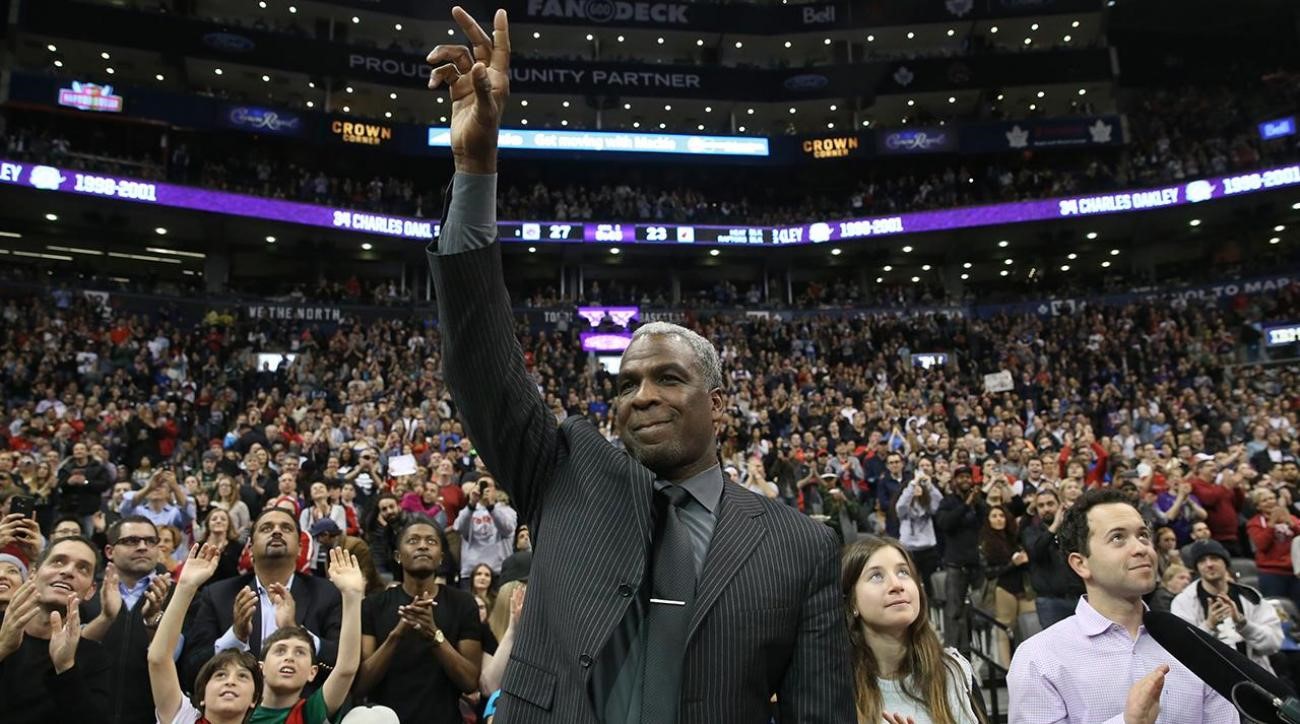 In his Twitter account, Oakley said getting the cases off his back was the hard part, staying away from the Garden was the easy part of it. In February, Oakley told the Undefeated that it may take years for him to return to the Garden:

“Shoulda been done already, right? Why do we always have to wait for something bad to happen to get honored? They makin’ it look like I want something out of them. No. My thing is, you slandered my name. A Charles Oakley Day isn’t going to fix that.” 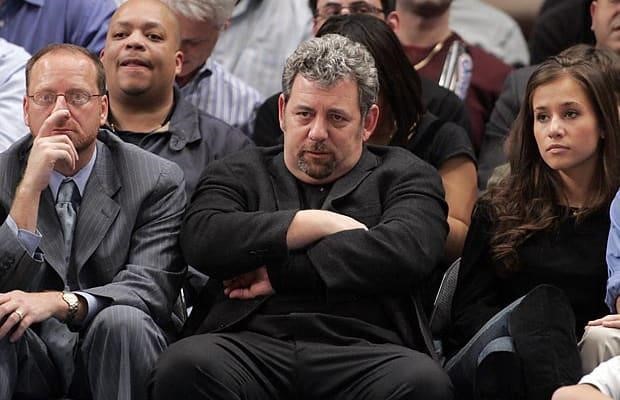 Dolan and the Knicks management have received plenty of criticism for their treatment of a former stalwart and one of the fans’ most well-loved player of all-time. Their crass act is an opposite to what the classy Boston Celtics did recently to Paul Pierce, their former leader. The Celtics signed free agent Pierce earlier this summer so he could retire as a member of the Boston Celtics.

But more than looking for a fix for its relationship with one of its legends, the focus for the Knicks should be fixing the team itself. New York has not made the playoffs in the last four seasons with the team failing to win more than 37 games in the last four years. They lost a franchise worst 65 games in 2015 and have won only a total of 63 games in the previous two seasons. To put the Knicks’ last two seasons in perspective, the top two teams in the league last season won 67 ( Golden State ) and 61 ( San Antonio ). That’s how bad the team is right now and there’s no guarantee that will change this coming season.