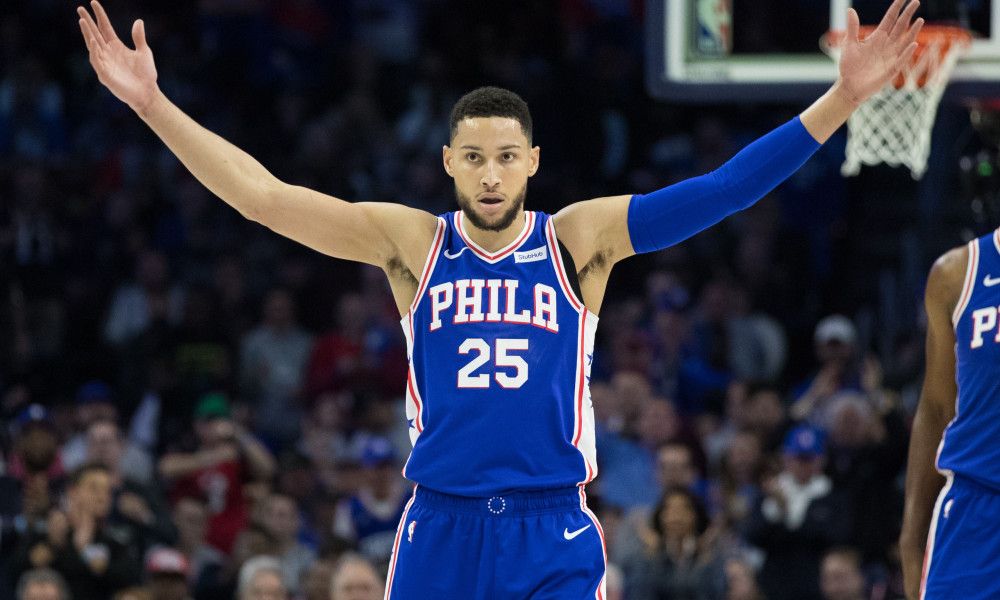 A spirited Brooklyn Nets team was not enough to stop Philly’s Game 2 rampage, as a triple-double stat line by Ben Simmons led the Sixers to a rousing 145-123 victory. With the series tied and an opportunity for the NBA’s “Cinderella Team” to take a commanding 2-1 lead, the atmosphere in Brooklyn will be electric. Game 3 will have all sorts of fun, and it’s interesting to see which Sixers star steps up to the plate and which Nets player not named D’Angelo Russell will have a breakout playoff performance.

23 points in 21 minutes. Embiid was Mr. Quality Minutes in Game 2, turning in an efficient +26 plus/minus in the much-needed win. Despite the fact that he was plagued with foul trouble, Embiid didn’t find it hard to get his rhythm going. The All-Star center will get his shots and he will make his shots, but the question moving forward is his health. Embiid is still in minutes restriction, which means that his knee tendinitis injury is still bothering him a bit. Boban’s 16 and 8 production in Game 2 is an indicator that the Sixers can have the luxury to give their star more time on the bench as a healthy Embiid will be vital should Philly make a deep postseason run.

LeVert only attempted 8 shots from the floor in Game 2. The Nets have a wildcard in LeVert. To use that to their advantage, they have to involve him more on offense. Arguably their most talented scorer behind Russell, 15 shots should be the minimum for LeVert. In their Game 1 win, he had 23 points built on 18 attempts from the field as the Nets made sure that he took advantage of JJ Redick’s below-average defense. More importantly, an offensive-minded LeVert will surely take some of Philly’s defense off Russell, who particularly struggled in Game 2.

Embiid only shot 1 attempt outside the paint. The Nets tried sagging off Embiid to force him to take perimeter shots. But the most skilled center in the league today was not having any of that trick as he creatively mazed his way around Nets center Jarrett Allen, who he has been tormenting for the past two games. Allen hasn’t done anything to stop the Sixers on the inside, logging in just a single block in Games 1 and 2. If Brooklyn wants to steal another game from the powerhouse Sixers, they have to negate Philly’s inside scoring.

Jimmy Butler only had 7 points. And yet, the Sixers still managed to win big and put up 145 points on the board. Despite having a quiet scoring night, Butler had the second-best plus/minus efficiency for Philly, a proof that Butler’s impact on the team is more than putting the rock on the hoop. Butler topscored for the Sixers with 36 points in the Game 1 loss, so it’s safe to say that the team switched it up and took some scoring burden off Jimmy’s shoulders. For the Nets, this is quite a scary thing to see as it means that the Sixers supporting cast and bench unit are gaining some offensive momentum already.

Joe Harris failed to convert a three-point shot. Harris, the Nets’ best sniper from beyond the arc, made only one shot of his grand total of four attempts, failing to hit a triple. In the 76 games that he played in the regular season, Harris had zero triples only five times and the Nets lost three of those contests. Brooklyn should do a better job in providing solid screens to free Harris on the perimeter. When Joe finds his rhythm from beyond the arc, Philly’s defense will gravitate off Russell, making it easy for their star point guard to run plays for himself and for his teammates.

We would see lots of lead changes in Game 3 as the Nets feed off the energy from their Brooklyn fans. Game 2 wasn’t as one-sided as the result show us as the Sixers only had a precarious one-point lead entering the second half. It’s evident that the Nets have what it takes to make the games winnable in regulation. But if the first two games are any indication of what’s to come, then the Sixers have a clear advantage as a slightly-injured Embiid has been having an easy time picking apart his defenders. The Nets only have one rim protector in Allen, a 20-year old sophomore big man who hasn’t been in the playoffs until this year. We expect fireworks from Russell and his squad in the opening minutes, but look for Embiid and the Sixers to douse the fire and take the pivotal Game 3 victory.