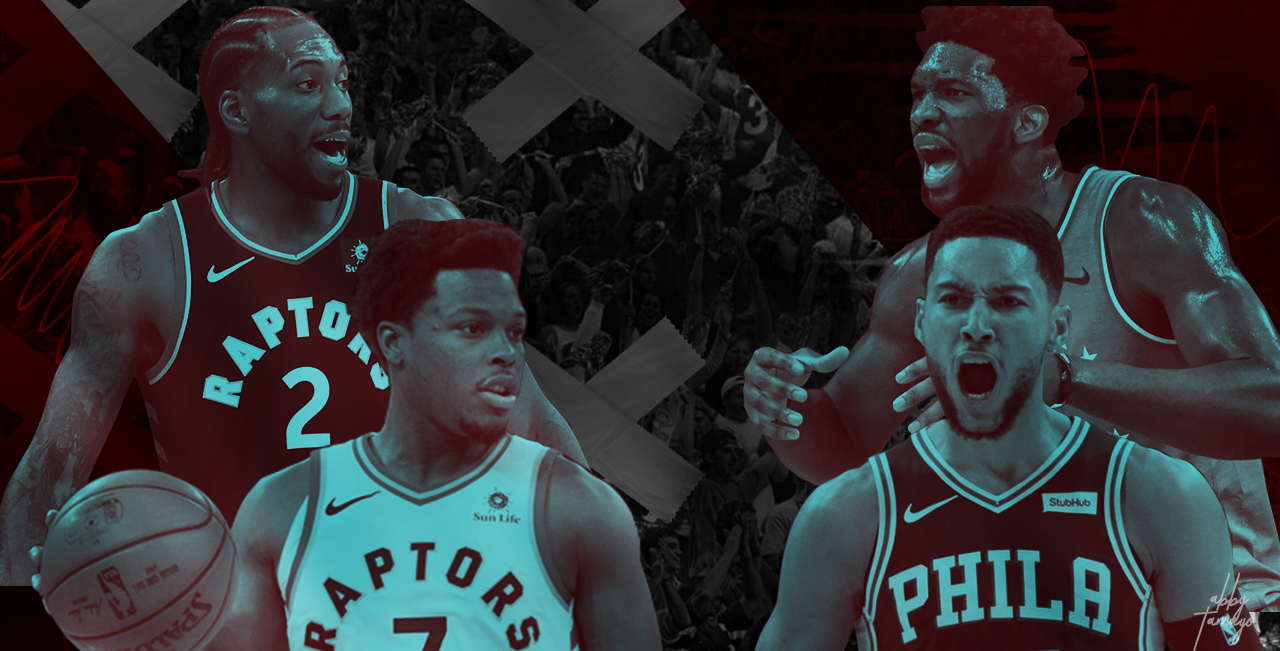 As expected and as desired, the Eastern Conference semi-final round will feature the four powerhouse squads, including Joel Embiid and the Sixers and Kawhi Leonard and the Raptors. The two teams have displayed their might in the opening round of the playoffs, beating their respective opponents in just a matter of five games. But their face-off won’t be a cakewalk anymore, as both squads feature position-less superstars, and multiple All-Stars. With both teams generally healthy and ready to go, this second-round series will be a battle for the ages.

Top Performers from the previous series

Embiid averaged only 14.5 points in each game that he faced off with Marc Gasol this season. After limiting Orlando Magic All-Star center Nikola Vucevic to just 11 points per game in the opening round, the Raptors imposing defensive frontcourt duo of Gasol and Serge Ibaka will look to do the same against Embiid. Optimism is not on the side of the Philly star big man as he had unusually low-scoring outings against Gasol during the regular season. Add to it the rumor that Embiid is still dealing with knee tendinitis, and this match-up could be the one of the primary causes of the Sixers’ downfall in this series. Still, this is the playoffs and the stakes are high so expect Embiid to flaunt his incredible footwork and shooting touch to catch Gasol and Ibaka off-guard.

Top Performers from the previous series

After a dismal Game 1 outing against the Magic that saw him lay zero in the scoring department, Lowry has looked for his shots in the next four games, with the Raptors winning each one of it. We have seen a different version of Lowry all season long as he has largely deferred to his teammates and as a result, racked up his assists average to a career-high of 8.7 dishes per contest. But Toronto is far more dangerous when the scoring point guard is active on offense, and an offense-hungry Lowry will be quite a weapon against Philly. Simmons was successful in defending the wheeling-and-dealing D’Angelo Russell during their first-round match-up against the Brooklyn Nets. It’s up to Lowry to be aggressive right from the get-go and open up more scoring opportunities for Leonard and Siakam.

Pascal Siakam impressed with 22.6 points and 8.4 rebounds per game against Orlando. To further indicate how tremendous Siakam’s performance was during the opening round, he only averaged 6.6 points and 3.6 boards in last year’s playoffs. We are witnessing the coming-out-party of a young combo forward in Toronto, and the Sixers defense won’t have that many answers against him. It’s interesting to see who Sixers head coach Brett Brown will assign to defend Siakam, as it’s highly-probable that Simmons and Butler will be defending Lowry and Leonard. Tobias Harris isn’t much of a defender, and Embiid will be sticking with either Gasol or Ibaka. Look for Siakam to incur more damage in this semi-final match-up with the Sixers.

Ben Simmons shot a stellar 64% clip from the field against the Nets. Simmons got pretty much everything he wanted on offense as he drove to the rim undeterred against the Brooklyn defense, and deceive the defenders with his fake passes. But against a Toronto defense that features elite defenders like Leonard, Siakam, Gasol and Ibaka, Simmons won’t have easy looks on the rim anymore. Brown’s offense isn’t that fluid either, so it remains to be seen how Simmons will adjust in this series.

Prediction: Raptors start on a good note with Game 1 victory

We are yet to see the Sixers employ fluid half-court offensive schemes with both Harris and Butler on the floor. Philly can’t rely on talent anymore, as the opposing squad is equally-talented, even more with Siakam’s leaping progress. To make matters worse for the Sixers, the Raptors are rolling out a healthy line-up that includes an excellent bench depth of Ibaka, Fred VanVleet, and Norman Powell. Philly will also be without stretch forward Mike Scott in Game 1, depleting their line-up of a potent scorer off the bench. Boban Marjanovic will carry more offensive load with the second unit, but Philly will definitely feel the absence of Scott at both ends of the floor as he is the team’s most reliable match-up against Siakam in terms of length and mobility. Game 1 will also be more important for the Raptors as they try to establish homecourt advantage for the next few games, so look for Kawhi and the rest of the Raps to step on the gas and turn back the Sixers in the first game of the semi-final series.