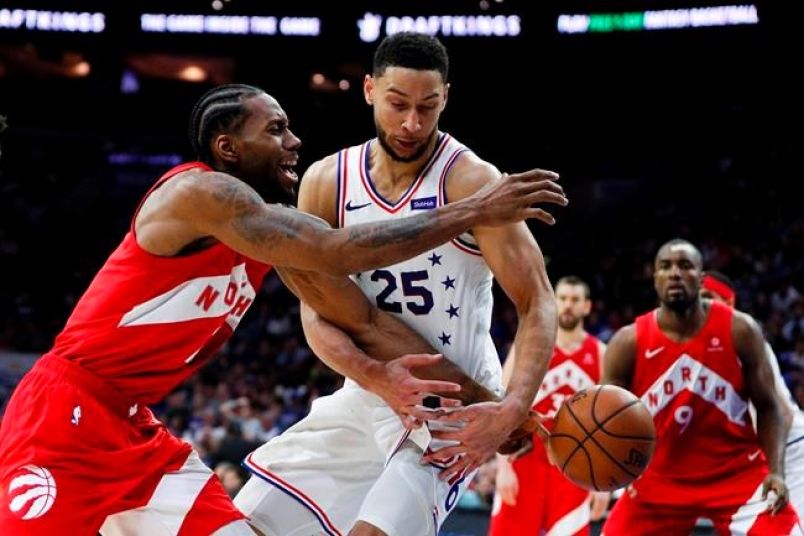 The Philadelphia 76ers banked on their talent and skillset to stave off elimination in their resounding Game 6 victory. Both Jimmy Butler and Ben Simmons had massive stat line performances, while Joel Embiid proved to be a steady and efficient presence on both ends of the floor. Raptors star forward Kawhi Leonard still put up MVP-worthy numbers despite the losing cause so expect him to still be on his rhythm in the series decider. It will be a crucial battle between two powerhouse teams whose futures of their respective franchises arguably lie on the outcome of this exciting Game 7 match-up.

The Sixers are at their best when Simmons plays inspired basketball. The 22-year old All-Star was just averaging a very low 9.4 points per contest entering the crucial Game 6. But he erased all concerns for his no-show outings by putting up arguably the most efficient performance of his young playoff career. Simmons mixed it up down low with his 6-foot-10 frame by aggressively crashing the offensive boards and kicking out the rock to his wide open teammates when the Raptors defense close in on him in the paint. While Butler remains the best player for Philly in this series and Embiid as their steady anchor on both offense and defense, Simmons is the sparkplug that the Sixers need to emerge out of Toronto as the winners.

Lowry didn’t really play bad in Game 6. He shot the ball well, racked up 6 assists and only had one turnover the whole game. Still, it never felt like the All-Star bulldozing and bruising point guard made his presence known to the opponents. Despite shooting quite well, Lowry was still content in launching from the perimeter and didn’t had any trips to the free throw line. Maybe the fact that he is deferring to Kawhi Leonard is why we are seeing a different version of Lowry this season and in this playoffs. Last postseason, he normed 17.4 points and never hesitated to attack the rim and get creative. It’s already a given that the Raptors will get heavy production from both Leonard and Pascal Siakam, but for them to hack out another Game 7 victory, they need Lowry to display his deadly form of old – at least just in this game.

Joel Embiid impressed with an astounding +40 efficiency. After a measly Game 5 showing that saw him turn the ball over eight times, Embiid bounced back in a big way in Game 6 as he amassed a double-double stat line, two big blocks on Kawhi, and a mind-boggling plus 40 in efficiency. That just means that Embiid remains the figure who steadies the ship for Philly, and it may very well be the same result in the most important game of their season so far.

Ben Simmons didn’t have any turnover. Simmons had 0 turnover in Game 6, a remarkable feat that he has only achieved five times this season. It’s such an amazing accomplishment for a young player who often has the ball in his hands, both in the half-court set and in transition, while also exerting much effort on the other end of the floor, defending the opposing team’s best player. However, Simmons could be more conservative on his fouls as he committed five in the previous game. The Sixers would definitely need him on his best in Game 7, and it won’t help if he becomes passive on the defensive end because of foul trouble.

The Raps missed 27 of their 36 shots from beyond the arc. Truth be told, Toronto can’t win with just a lone star. Kawhi still picked up the scoring leadership mantle in Game 6, but it didn’t help that the team shot poorly from the perimeter, most of them wide-open looks off double-teams on Leonard. Another stat that should bother head coach Nick Nurse is Philly’s 52-34 advantage on the boards, with centers Marc Gasol and Serge Ibaka only accounting for 3 rebounds apiece.

Prediction: Sixers ride superstar trio to move on to the Conference Finals

The Sixers at their best are the better version than the Raptors’ best. The very bad news for Toronto is that Philly may have tapped into their best version in the motivating Game 6 victory, and the Sixers’ momentum should carry over to the Game 7, even if they are at the road. While the Raptors have been riding on the able shoulders of Leonard in every game of this exhausting series, the Sixers just have too much talent on their roster right now, particularly on their starting line-up. It also doesn’t help the Raptors’ cause that their once highly-deemed second unit of Fred VanVleet, Norman Powell, Jeremy Lin and Patrick McCaw are contributing close to nothing in this series, while Philly’s back-up squad headed by James Ennis and Mike Scott are chipping in buckets and displaying energy and hustle on both ends of the floor.

Game 7 will be a close one, with Kawhi answering the call and the Sixers stars playing the most important game of their career. It will be a matter of three to four baskets, and at the end, the Sixers will emerge victorious in this close-call contest.