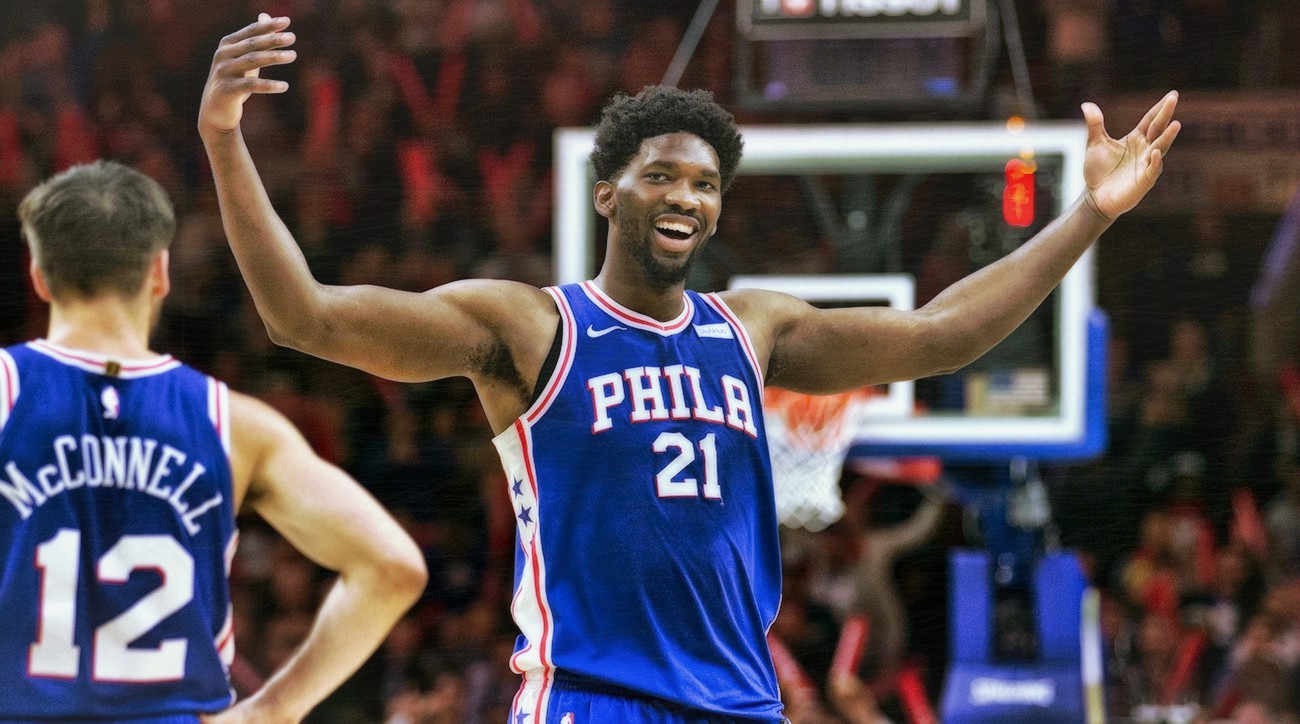 Joel Embiid proved that he belonged among the stars during All-Star weekend. The Philadelphia big man cemented his place as one of the best in game today. Likewise, his Sixers are proving their worth this season. They currently own one of the eight playoff spots in the Eastern Conference and may be on their way to the playoffs for the first time in quite some time.

But the buzz around the league isn’t just about Embiid belonging to the game’s elites or the Sixers making the playoffs, it’s about them possibly earning home court advantage in the 2018 postseason.

The idea of Philadelphia going to the playoffs with home court advantage isn’t far fetched. As it stands right now, the Sixers are at 7th place in the Eastern Conference with a record of 30-25. Although they are just three games ahead of the Detroit Pistons who currently occupy 9th place, the Sixers are also just two games off the 4th seeded Washington Wizards and only 3.5 games behind the 3rd place Cleveland Cavaliers.

Only the Top 4 seeds in every conference get home court advantage in the postseason. In the last five years, the 4th seed in the Eastern Conference had total wins of 49, 48, 49, 48 and 49, meaning the Sixers have to go somewhere around 18-9 to finish the season to get there.

Translating the Sixers remaining games using their current winning percentage of .545 would give us a total of an estimated 15 wins in 27 games. That would be short by around 3 games. But if we take a look at the Playoff projections of reliable media outlets, the Sixers have a good shot at returning to the playoffs with home court advantage.

FiveThirtyEight predicts the Sixers to finish 4th in the East with 47 wins, one win ahead of the Wizards. Likewise, ESPN’s playoff odds have Philadelphia and Washington finishing with identical 46-36 marks and the Sixers owning 4th spot, perhaps considering that they currently lead the season series with Washington 2-1 ( they meet one more time on 2/26 ). Basketball Reference’s playoff probability simulation also predicts the Sixers to finish 4th, although it based its final standings on the team’s best possible win-loss records.

The main reason for the optimism is the Sixers’ remaining schedule. 16 of Philadelphia’s remaining 27 opponents have losing records. According to Basketball Reference, the Sixers have the easiest remaining schedule in the entire Eastern Conference and the second easiest league-wide.

Aside from their ‘light’ schedule, the other thing that gives Sixers’ fans plenty of hope is the fact that Joel Embiid is healthy...knock on wood. Embiid’s string of injuries led to him miss his first two NBA seasons and him playing just 31 in his rookie season last year. But this year, Embiid has avoided getting hurt. In fact, he may be getting healthier.

Last February 3, Embiid accomplished a career milestone when he played his first ever back to back. Sure, the Sixers lost that game 92-100 against the Indiana Pacers. But the fact that Embiid played 34 minutes ( he played 31 the previous night ) and scored 27 points during that loss was great news for the Sixers. Remember that when this season began, Embiid wasn’t cleared to play back to back games for the Sixers.

Not only has Embiid been healthy for the Sixers, he is also having a banner season. Embiid was the only player to start during last weekend’s Kickstart Rising Stars game and the 67th NBA All-Star game. Although he didn’t play that much minutes for Team World, he scored 19 points and grabbed 8 rebounds in his first All-Star game appearance.

For the season, Embiid is averaging 23.7 points, 11.1 rebounds and 1.8 blocks per game. He is 13th in the league in scoring, 6th in rebounds and 6th in blocked shots. Embiid’s 28 double doubles are tied with Giannis Antetokounmpo for 10th most in the league this season.

Embiid has also joined legendary company after a stellar start to this season. According to Basketball Reference, Embiid is only the 7th player in NBA history to score 1500 points, grab 750 rebounds and block 150 shots through his first 75 NBA games played.

The other players to accomplish this feat were David Robinson, Shaquille O’Neal, Alonzo Mourning, Ralph Sampson, Hakeem Olajuwon and Tim Duncan. If you know you’re NBA, then you’ll know Embiid is in great company.

Among those players, only Mourning and Sampson didn’t win MVP awards and NBA titles. So it won’t probably be a sin to think that Embiid is going to win an MVP and/or NBA title along the way and before he retires, assuming of course that he stays relatively healthy the rest. After all, the thing with Embiid has always been his health.

Health has been the Sixers’ true wealth this season. Although Embiid has missed a total of 11 games this season, most of those have been due to team restrictions rather than injuries. Because of his injury history, the Sixers have been extra cautious with him this season. And so far, Embiid hasn’t suffered any noteworthy injuries. And that has translated to wins.

The Sixers are indeed finally winning after years of being the doormat of the NBA. Their 30 wins this season are more than their win total in the previous three seasons. Before the All-Star break, Philadelphia won five games in a row after going 1-4 prior to that. They have barged to 7th place in the East and are poised to enter the playoffs for the first time since 2012.

"The message and goal has been the playoffs," Embiid said after starting in Sunday's All-Star Game. "Now we want home-court advantage. The last couple of days (before the break) we played great and we just got to keep the same momentum.

Their message is loud and clear with most Playoff Predictions giving them a 96-98% chance of going to the playoffs. If Embiid stays healthy, they may be on the way to getting home court advantage in the playoffs for the first time since 2003. That was a long, long time ago. But this success is likewise long overdue.

As they used to say in Philly, just ‘trust the process’. The process has been long and frustrating at many times. But now the Sixers are finally reaping their rewards.