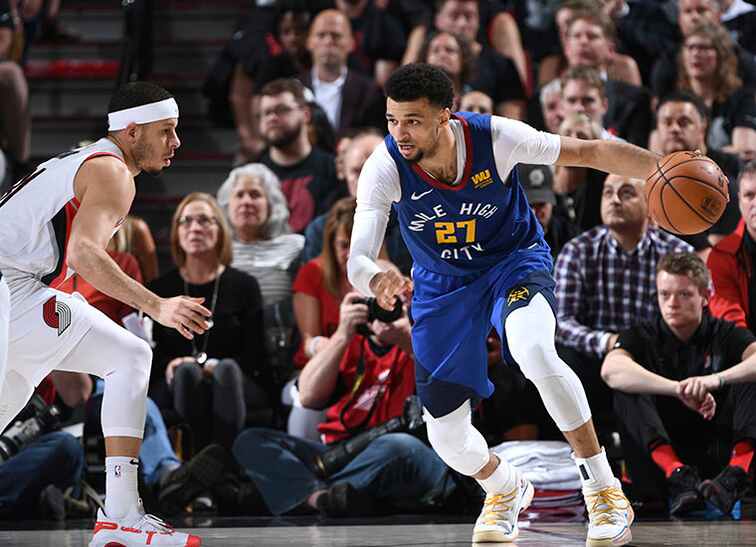 Damian Lillard and CJ McCollum again proved that they have been the best backcourt duo in this playoffs as they waxed hot from all over the floor to force a do-or-die showdown with Nikola Jokic and the 2nd-seeded Denver Nuggets. Rodney Hood also came up big with his much-important 25 points off the bench, while Zach Collins imposed his presence down low, steadying the Blazers with his outstanding defensive performance of 5 total blocks. Jokic and Jamal Murray still put up the big numbers in Game 6, but Denver will definitely need more from the likes of Will Barton to win another Game 7 on their home floor.

Make no mistake about it: Lillard and McCollum are hands-down the best players for the Blazers this postseason. But the playoffs is always a long grind, and we have seen numerous role players step up a notch at this point of the year and power their squads to important victories. Hood has been that man for Portland, and his consistent scoring in this series against the Nuggets is a welcome sight for a team without a true third option scorer. Hood wasn’t even a factor during the OKC series, but his efficient production of 17 points in 17 minutes during the Game 1 loss at Denver opened Blazers head coach Terry Stotts to the fact that the 6-foot-8 lefty gunner can help tow the team against a Nuggets squad full of defensive-oriented perimeter players. Dame and CJ will surely rack up the points in Game 7, but if the Nuggets again fail to contain Hood, the Blazers will certainly pull this one out.

Murray’s problems regarding consistency all season long are slowly being negated by his steady outings in the playoffs. He has been shooting the three better in the postseason, and has been ultimately aggressive in creating his shots. Murray wasn’t really the cause of the Nuggets’ downfall in Game 6, but the team certainly needs him at his best in Game 7. Murray mixed it up in the paint last game, grabbing 10 rebounds and going to the line eight times. However, I still want to see Murray more on transition, possibly leaking out after potential misses by the Blazers. Murray also didn’t turn the ball over in Game 6, something that Denver fans would want to see in the elimination game. Still, Murray’s activity on offense will be vital for the Nuggets and it’s almost certain that we will witness that from the young gunner in Game 7.

Portland had a 42-13 advantage in bench points. It wasn’t supposed to be this way. When the Nuggets won their Game 7 against the San Antonio Spurs to claim the right to face the Blazers, we believed that Denver’s excellent roster depth would cancel out the production of Portland’s star duo of Lillard and McCollum. But Game 6 was an entirely different scenario as Hood and Collins conspired to outduel their counterparts, doing an amazing job on both offense and defense. So far, the Nuggets haven’t had any defensive answer for Hood, who is suddenly averaging 16.2 points per contest in this series after being a non-factor in the OKC match-up. Another all-around performance from Nuggets’ Will Barton could negate Hood’s scoring, but it’s hard to imagine Hood coming up with an off-night now that he has gained a lot of rhythm and momentum.

Prediction: Lillard puts up a virtuoso performance to push Blazers to WCF

Damian Lillard is a silent killer, and a versatile one with that. He is both the calming figure for the Blazers, as well as their triggering force when the four-time All-Star activates “Dame Time.” There are just so many things that Lillard can do, and so far, the Nuggets haven’t showed anything to at least slow him down a little bit. Moreover, Lillard isn’t doing the damage just by himself as his backcourt partner has been making quite a name for himself in this playoffs. McCollum has turned into a very efficient scorer, as evident in his Game 6 performance where he didn’t commit any turnover, shot the ball with a stellar 50% clip, and also made all of his free throws. CJ’s scoring efficiency and his willingness to create his shots when it matters most have been a great factor for Lillard’s success.

Denver will definitely put up a fight, Jokic and Murray will make sure of that. Pressure isn’t relatively new for this young squad, judging from their steady performance during their Game 7 victory against a team coached by probably the best basketball tactician of this era in Gregg Popovich. But the league still has no answer for the freight train that Lillard is when he takes over a ball game, so expect the Blazers to pull this one out and move on to face the Golden State Warriors in the Western Conference Finals.