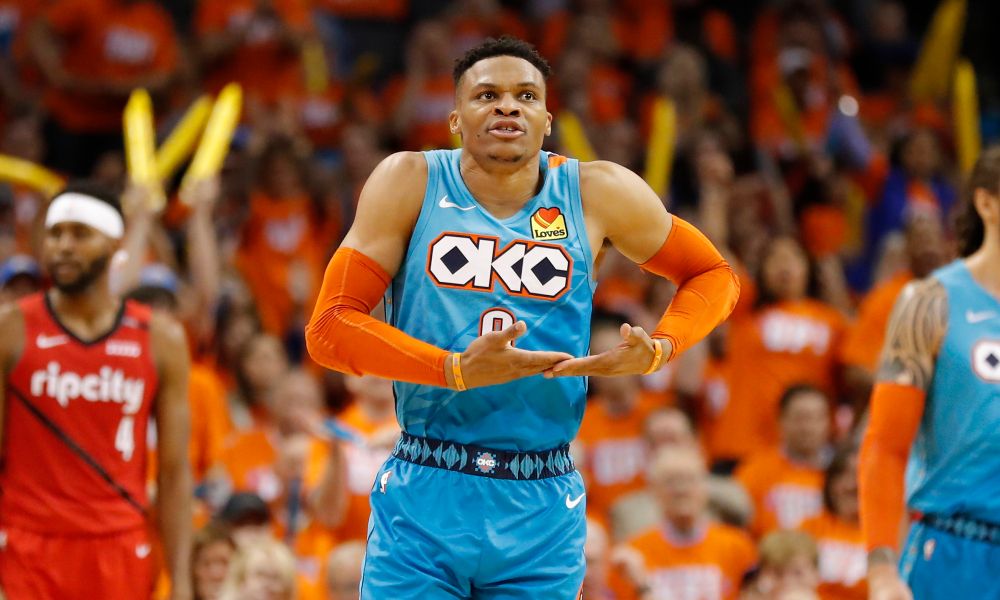 When we all thought that the Thunder are going to crash, the series wildcard in Russell Westbrook flipped the Blazers’ feel-good chapter. Much criticized for missing 15 of his 20 shots in Game 2, Russ came out with guns ablaze in Game 3, making four three-pointers and outdueling Damian Lillard for the first time in this round. With the Thunder gaining a bit of a momentum, Game 4 will be a heavy fireworks display between the two rival squads.

The Blazers’ second unit produced just 20 points in the Game 3 loss. As much as it is badly needed that both Lillard and McCollum be extra aggressive in getting their points in Game 4, it’s not a successful pattern that Portland can sustain if they want to come up with a deeper postseason run than they had in the previous years. Kanter may have come through with the 19 markers, but the Blazers’ bench has to contribute more points across the board. Seth Curry didn’t even attempt a single field goal, except for his three free throws. Rodney Hood just had four shots, while Zach Collins and Meyers Leonard combined for only seven.

In the all-important Game 3, Westbrook had one of his most efficient scoring nights this season. For a good reason, we have often ridiculed Westbrook for his many lackluster shooting performances. It’s indeed dumbfounding how a career 80% free throw shooter turned in a paltry 66% clip this season. Still, Russ’ passion and drive to win will always earn him the stripes down the road and it paid off in Game 3. He only missed two of his six attempts from beyond the arc, and just one of his eight total free throws. The Beastbrook is still a superstar point guard in this league, and it’s inevitable for him to come up with these impressive performances.

Despite making only 3 shots, George still finished with 22 points. George struggled mightily with his shots all game long, missing 13 of his 16 total attempts. But the All-Star forward stayed aggressive, and was rewarded with 17 opportunities to capitalize from the stripe. Without bruising center Jusuf Nurkic, the Thunder knows that Portland doesn’t have the luxury of an excellent rim protector. Expect George and Westbrook to continue attacking the Blazers’ interior defense, and look for them to rack up the free throws in Game 4.

Curry had zero field goal attempts. He may be the lesser-known of the Curry brothers, but Seth has the ability to be a sparkplug for the Blazers off the bench. When McCollum went down with an injury at the latter part of the regular season, Curry became a potent scoring option off the bench, averaging 14.5 points in a 12-game span that saw Portland losing just two contests. The 6-foot-2 combo guard has what it takes to put the ball into the hoop just like his older brother, and the Blazers just need to involve him more on their offensive schemes.

The Thunder’s character and chemistry will be greatly tested as Game 4 could ultimately be the series-decider. Lillard and the Blazers will take up the fight to Oklahoma City, but George’s Game 3 outing could be an indication of what’s to come. Considering that he was just 3-16 from the floor in the previous game, PG13 still came up with 22 markers. It won’t be long before the star forward finds his rhythm again. With Westbrook gaining a bit of rhythm himself, look for him and George to torch the Blazers and return to Portland with an even series.