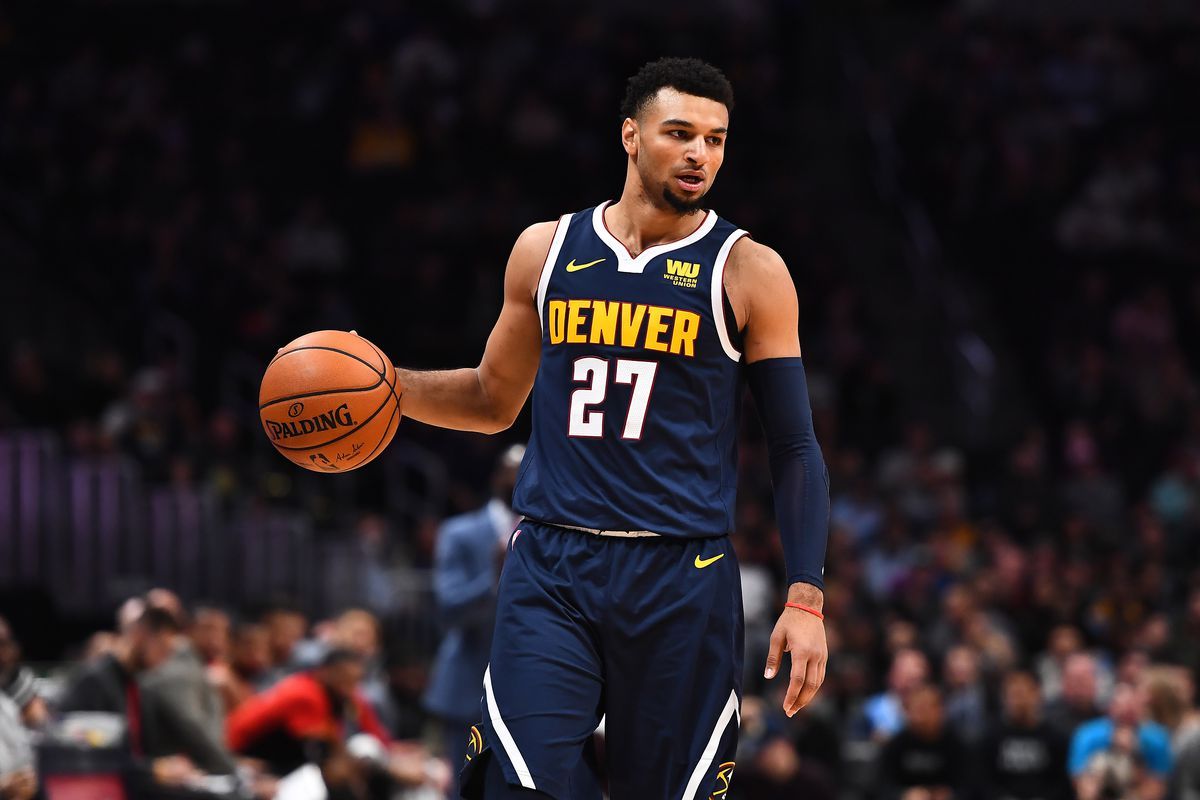 Predicting The Young Breakout Stars Of The 2019 NBA Playoffs

The NBA has had another roller-coaster of a season, but it’s time to see the best of the best gut it out in the upcoming playoffs. While we’ll certainly watch superstars like James Harden, Giannis Antetokounmpo and Stephen Curry produce explosive numbers in the basketball’s most important stage, we could also witness the birth of young players raring to make a name for themselves in the postseason.

Last year, Utah Jazz combo guard Donovan Mitchell and Boston Celtics point guard Terry Rozier III were two of the stellar breakout players during their teams’ surprising playoff runs. In this column, we predict the possible breakout stars of this year’s playoff games as the battle for the Larry O’Brien trophy heats up.

It has been an up and down season for the third-year man out of Kentucky. Murray has been the Nuggets second-best scorer behind All-Star center Nikola Jokic, and he has also grown as a passer and court general. However, he has been largely inconsistent at times, coming up with inefficient scoring nights every now and then.

Still, Murray has already established himself as one of the league’s most streaky scorers, characterized by a 48-point explosion in a win against defensive ace Marcus Smart and the powerhouse Boston Celtics, and a 46-point performance against the Phoenix Suns. His scoring, plus his chemistry with Jokic, would be vital in defeating a disciplined San Antonio Spurs squad that have the brilliant Gregg Popovich on their side. Murray says that his partnership with Jokic has definitely improved this season, per Nick Kosmider of The Athletic.

“I’d say, especially this year, that we’ve had a lot of growth with our decision-  making, especially when everyone was hurt. The pick-and-roll in the last few minutes of the game, we really found each other or found our teammates. We’ve grown together a lot over these last three years. We need to continue that into the playoffs.”

The Spurs, who will parade a backcourt that won’t have long-tenured stars Tony Parker and Manu Ginobili, will pit young guns Derrick White and Bryn Forbes and veteran shooter Patty Mills against the Nuggets. Murray, for his part, has posted averages of 19.8 points, 4.8 rebounds and 6.0 assists in his four games against the Spurs this season.

LeVert’s story from overcoming injury adversity to returning to the court and helping the Nets secure a playoff berth should be a prelude to his playoff debut. On Saturday night, LeVert, along with his young teammates, will try to continue their ‘Cinderella run’ and issue a real challenge to Joel Embiid and the Philadelphia 76ers.

The 24-year old small forward suffered a horrible leg injury early this season, hindering him from carrying on with his steady progress of becoming the Nets’ vaunted go-to-scorer. Luckily for him, doctors said that he didn’t need to go through a surgery, bringing into light the high possibility that he would return at the second half of the season. He did return at the height of the Nets’ most important stretch of the season, helping the uprising young squad to clinch a playoff berth.

Nets veteran shooter Joe Harris gave heaps of praises for the determination and fight of the 6-foot-7 scorer, per Tom Dowd of the team’s official page.

In the two games that he played against Philly, LeVert has averaged 19.0 points, 4.5 rebounds, 2.5 assists and 2.5 steals per contest. The Sixers have two good perimeter defenders in Jimmy Butler and Ben Simmons, though LeVert can take advantage of the attention that All-Star teammate D’Angelo Russell will attract from the defense.

Thrust into the main point guard spot after starting playmaker Dejounte Murray sustained a Torn ACL injury, White has thrived in his new role. His season averages don’t give enough judgement to how steady a playmaker White has been for San Antonio. HoopsHype’s Frank Urbina emphasized about how White has played the pick-and-roll to near perfection.

“Per Synergy, among players with at least 400 possessions as the pick-and-roll ball- handler (passes included), White ranks 16th in production at 1.02 points per possession (PPP), a mark healthy enough that it has him trailing Chris Paul by one  spot, but ahead of LeBron James (1.01 PPP) and Stephen Curry (1.01 PPP).”

With the league seeing more screen plays more than ever, ranking 16th in the whole league at that important area of the game speaks of how the 24-year old has progressed with his playmaking. White has also shown much-improved shot-making, evidenced by a number of games where he scored more than 20 points.

While White has only posted numbers of 8.3 points, 3.3 rebounds and 4.3 assists per game against Denver, his 2.3 steals per contest in their season series should be an indication that his motor on the defensive end will be vital for the Spurs’ success in the opening round.

Arguably the leading candidate for this year’s Most Improved Player plum, Siakam’s incredible versatility on both ends of the floor has complimented superstar forward Kawhi Leonard to form one of the most formidable forward duos in the league. With performances comparable to the league’s deadliest Swiss Knives like Draymond Green of the Golden State Warriors, Siakam has been the driving force of a Raptors team expected to topple the East’s powerhouse teams this postseason.

Toronto’s long-tenured star point guard Kyle Lowry says that Siakam’s ripple effect on the floor is beyond the numbers you’ll see on the record book, per Haley O’Shaughnessy of The Ringer.

“One thing about P, when the shot wasn’t falling, he’s still doing things otherwise. It’s not just about scoring. I’m a big believer in that. Everybody says oh the numbers, scoring, this that and the other, but if you affect the game in all type of facets of the game, scoring don’t really matter.”

“Spicy P”, as what his teammates like to call him, is posting career-high numbers across the board, including a 44-point outburst against the Washington Wizards. More importantly, Siakam has been the team’s defensive ace, especially in the many nights that the Raps coaching staff opted to rest Kawhi.

While his averages have jumped up from 7.3 points per game to 16.9 this season, Siakam’s performances against the 7th-seeded Orlando Magic aren’t that great. In their four matches during the regular season, Pascal has only normed 12.5 points, 6.8 rebounds and 2.5 assists, well below his overall averages this year. The Magic also has a bevy of combo forwards in their squad such as Aaron Gordon and Jonathan Isaac. Siakam will be challenged in their first-round match-up against the Magic, but expect the 6-foot-9 forward to still amp up his numbers.

Gordon is known all over the basketball world as the high-flying stud who challenged two-time Slam Dunk champion Zach LaVine to a dunkfest in 2016. But the Magic’s all-around combo forward is still unfairly unknown when it comes to real basketball games, considering that he is putting up numbers like Siakam’s, while helping the overachieving Orlando squad to securing a playoff berth this season.

Evan Fournier, the team’s starting shooting guard, emphasizes how Gordon has been doing everything for the team, via Orlando’s official team page in NBA.com.

“He’s doing everything. He’s gotten so much better since last year. He plays the right way and he makes the right passes. He plays defense, he rebounds the ball, he knocks down shots and he’s just playing at a really high level. That’s the AG we need, period.’’

Gordon will be playing a vital role in the Magic’s face-off with the Raptors as he will certainly be tasked to defend Kawhi Leonard or Pascal Siakam. While he has only tallied 9.5 points their four-game season series, Aaron has also scattered 7.5 rebounds, 3.5 assists and 1.5 blocks against the Raptors.

With Toronto’s defensive schemes focused on Orlando’s All-Star center Nikola Vucevic and spitfire small forward Terrence Ross, expect Gordon to fill up the lanes and be aggressive on offense to give his team another scoring punch against the Raps.