The Los Angeles Lakers are expecting a breakout season from sophomore forward Brandon Ingram. They may have to lower their expectations.

After four pre-season games played, Ingram is only averaging 9.25 points per game while shooting a dismal 30.9% from the field ( 13-42 ) and a paltry 11.1% ( 1-9 ) from the point distance. What compounds Ingram’s early pre-season woes is the fact that he has been forcing the issue a lot, often taking ill-advised shots and trying to do too much, especially offensively. 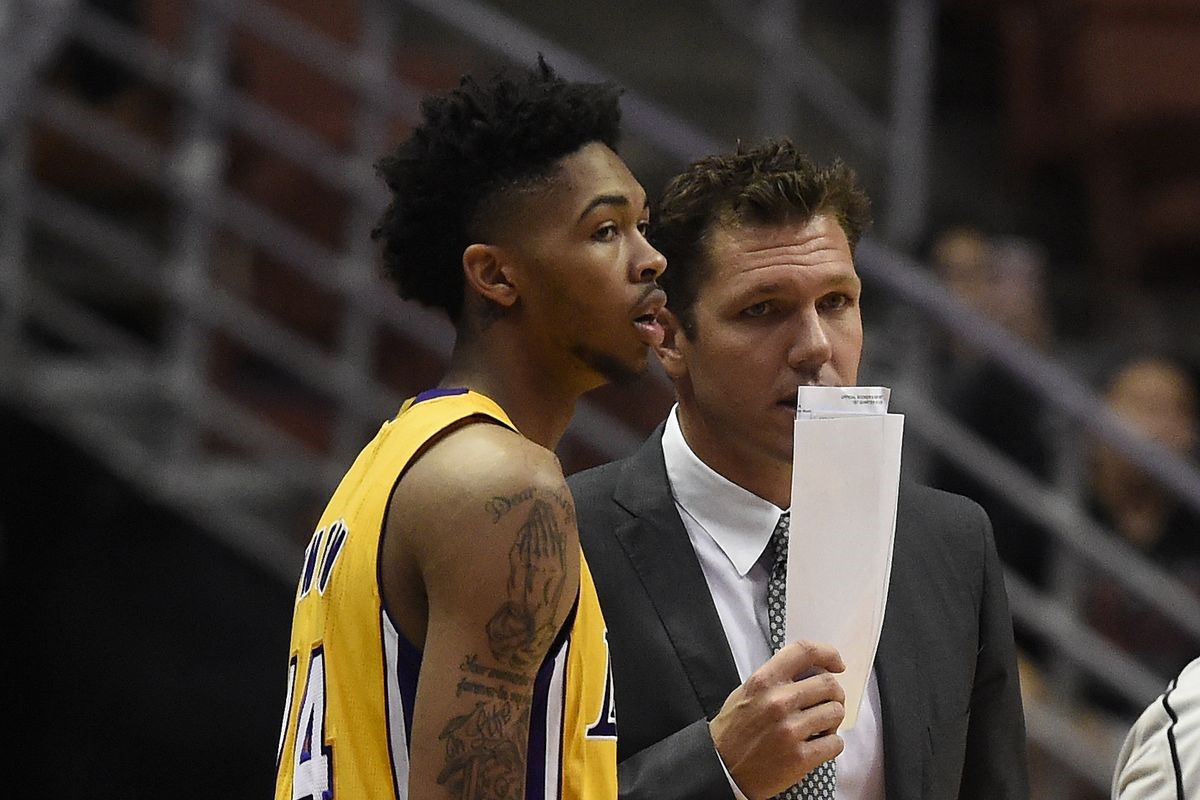 But if Ingram’s current showing has some Lakers fans worried, the team isn’t. Ingram has been in this alley before. During his rookie season, Ingram struggled to find his form early in the year. He finished strong and was named to the NBA All-Rookie Second team. Said Head Coach Luke Walton on Ingram’s current struggles:

"It's similar to how last year went. Early on, we kept telling you guys how good [Ingram] is, and the numbers weren't matching up. Then he got his rhythm later in the year and was really good from January on."

Prior to last year’s All-Star break, Ingram’s offensive rating was just 93 points per 100 possessions. After the NBA’s mid-season festivities, the former Duke Blue Devils’ offensive rating soared to 99. Ingram’s minutes also rose from 27.7 per game to 32.2 minutes per outing. 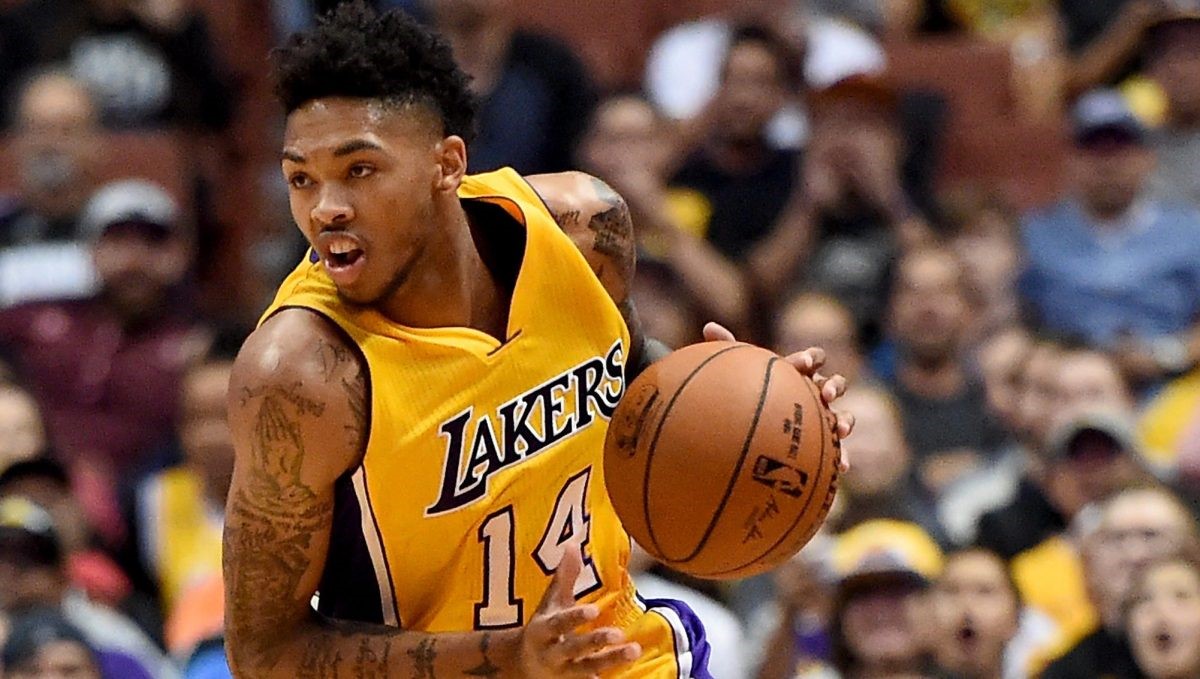 Not only did Ingram’s numbers increase as the season progressed, he also showed a lot of aggressiveness offensively as the season went on. Ingram didn’t just start to look for his own shot late in the season but he also took the ball to the basket more often, preferring drives and dunks over settling for jump shots. More importantly, Ingram began to show his emotions on the basketball court after spectacular plays.

The strong finish to the season made the Lakers believe that he was going to be one of the franchise cornerstones moving forward. At the height of the Lakers rebuild last summer, Magic Johnson declared that Ingram was the only ‘untouchable’ Laker during trade talks.

Even before last season’s trade deadline, Ingram was being eyed by the Sacramento Kings in a possible deal for DeMarcus Cousins. Magic said no thanks and instead offered several combination of players involving D’Angelo Russell, Julius Randle and Jordan Clarkson among others. 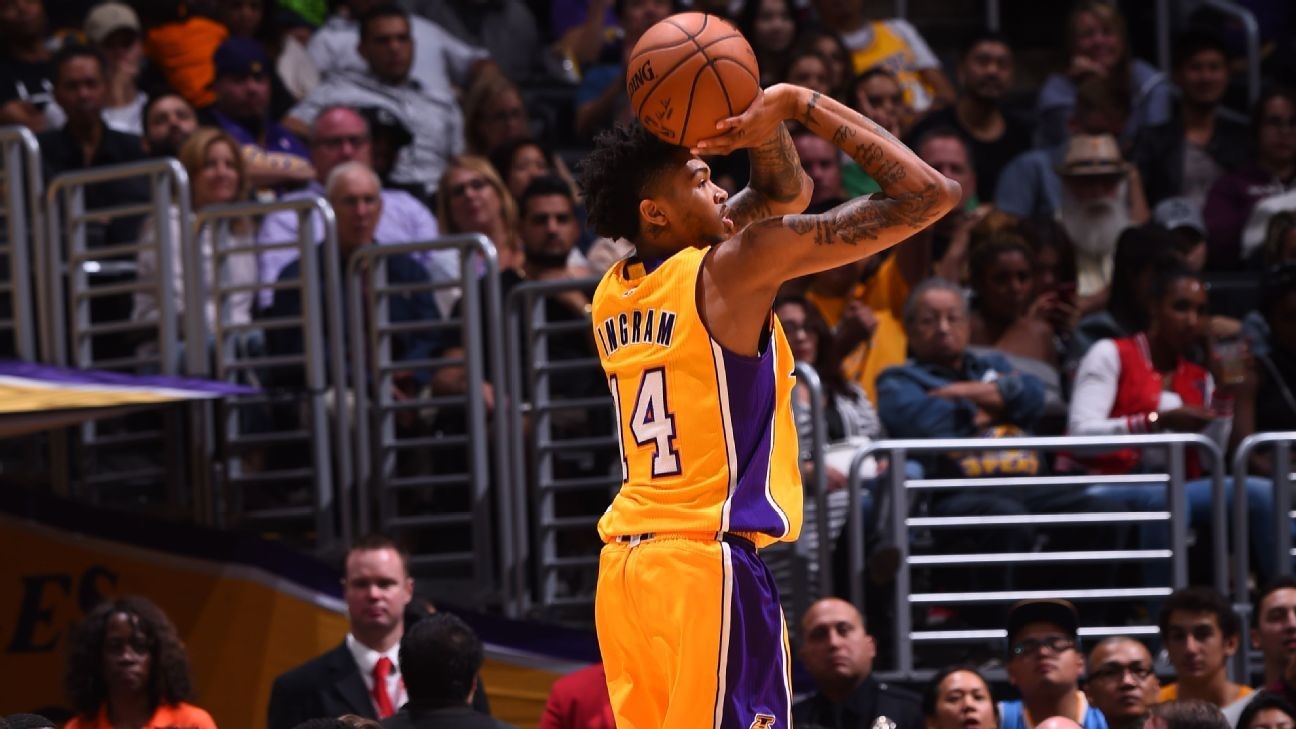 In the end, it was Russell whom the Lakers decided to ship out not for Cousins but for Brook Lopez and a dump of Timofey Mozgov’s contract. Subsequently, the Lakers drafted Lonzo Ball to replace D’Lo at the starting point guard spot. They also picked up a steal from the Russell trade, getting the rights to the 27th pick which became Kyle Kuzma, who has been the most impressive Laker of the pre-season.

With Ingram, Randle, Clarkson, Ball and Kuzma, the Lakers hoped to bring back the glory years of Showtime. Among the group, Magic Johnson anointed Ball as the next face of the Lakers’ franchise. Ingram meanwhile, was looked up to as the purple and gold’s main offensive weapon this season.

Ingram was coming off a summer where he impressed coaches and team officials with his dedication to improve his body and game. After taking his family to a vacation in the Bahamas following the conclusion of the 2016-17 season, Ingram directly went back to work and put in countless hours in the gym. 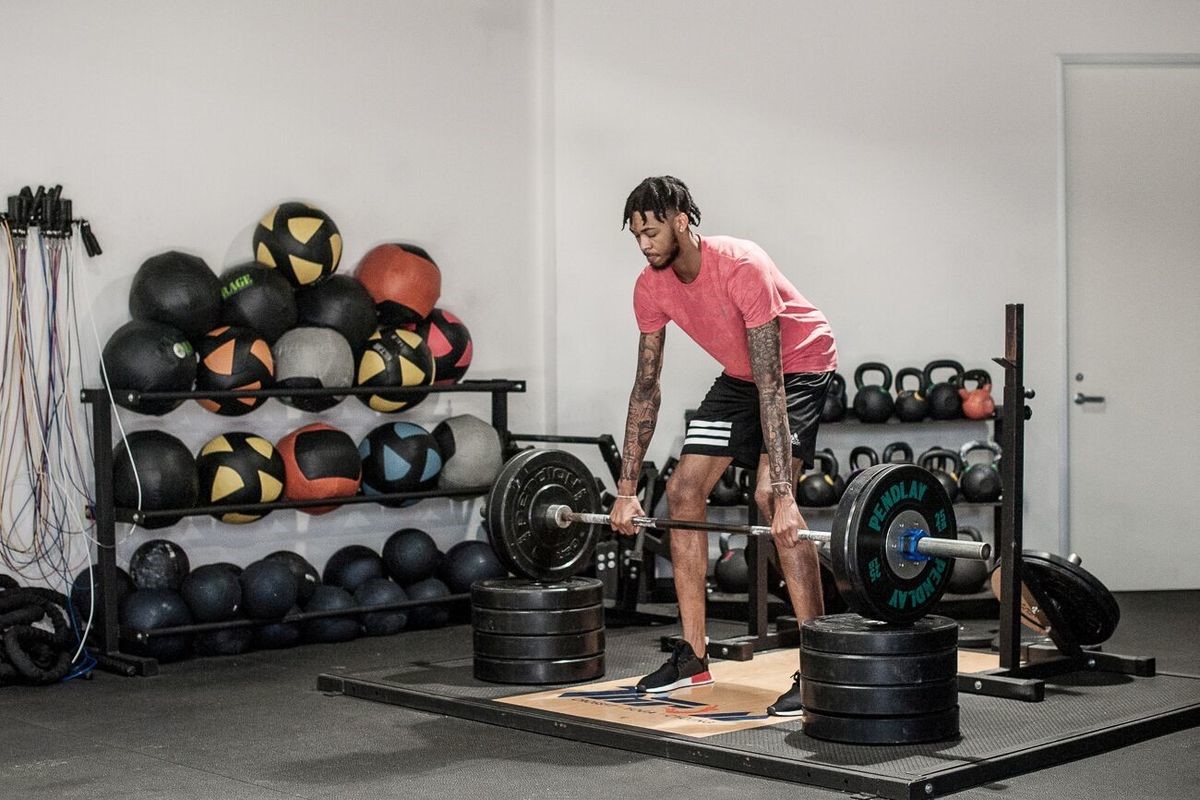 Not only did he work hard to improve his reed thin frame, Ingram also invested plenty of time working on his shot and developing his overall game. When it was time for the 2017 Vegas Summer League, Ingram was ready to team up with Lonzo Ball and showcase the brand-new Lakers.

The Lakers’ first summer league game drew a crowd that resembled an audience for a playoff game. Amidst the hype, Ingram poured in 26 points in the Lakers’ Summer League opener against their cross town rival Clippers and looked like he was a class better than every other player in the game, including Ball.

But the excitement over Ingram was short-lived as he suffered leg cramps at the end of regulation. Ingram wanted to return in overtime but Magic Johnson prevailed over Summer League head coach Judd Buechler to let Ingram sit out the rest of the game. After that, the Lakers totally shut him down for the rest of the Summer League as a precautionary measure. 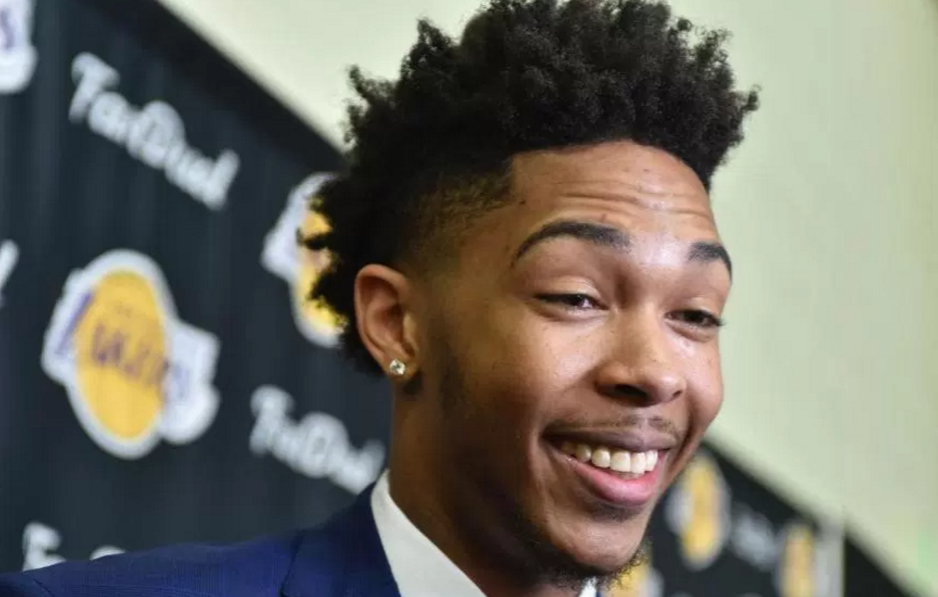 Ingram’s one-game wonder at the Summer League further raised the level of expectation. By the time training camp began, Magic Johnson declared that his prized second year man was ready to break out. Said Magic:

"[Ingram's] been practicing so hard all summer long. I told him, 'If you don't average 20 points a game, I'm going to be disappointed.'"

Yet despite all the hardwork he’s put in all summer long, Brandon Ingram’s game has seemingly abandoned him in pre-season. He’s shooting terribly from the field and is making poor decisions on the floor. His scoring average? Not even double digits. And less than half of what Magic predicted. But is Johnson disappointed already? No, at least not yet. According to Ingram, Johnson even gave him a piece of advice:

"Magic told me last night he hasn't seen me have fun yet. I think I'm a little uptight sometimes." 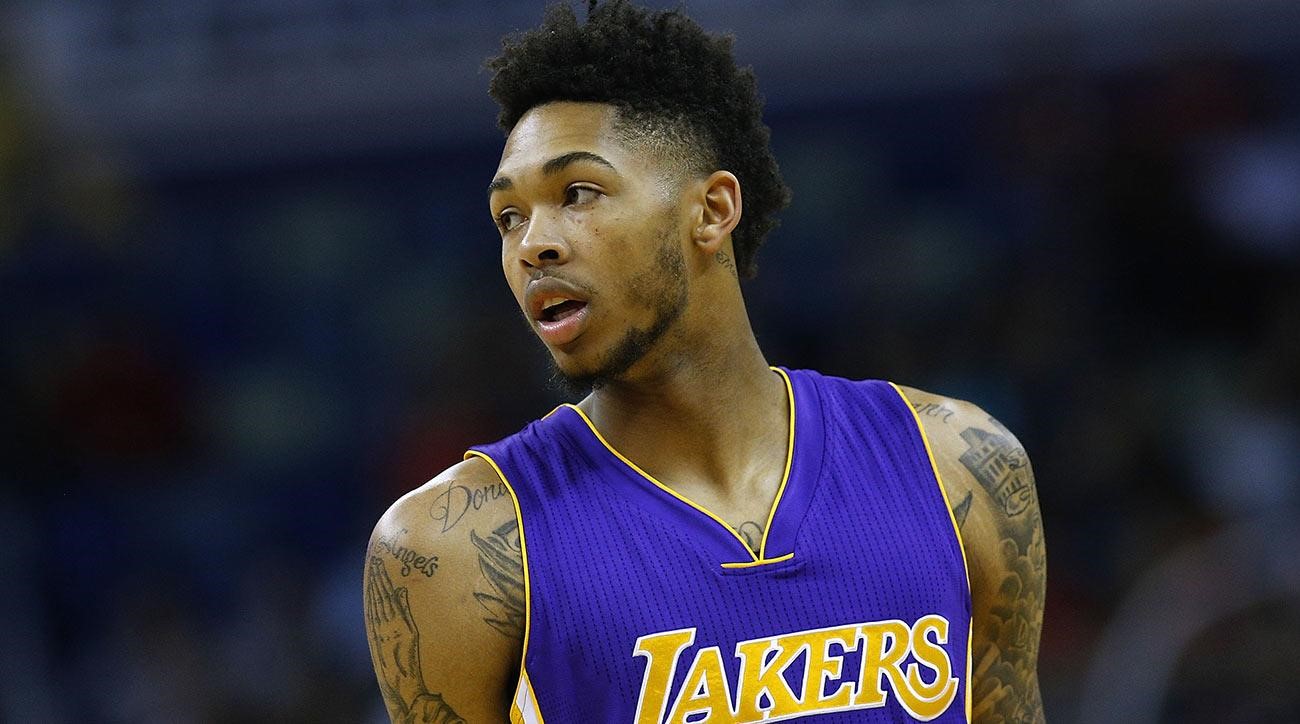 Uptight may even be an understatement. So is sometimes. Ingram is forcing the issue during games and is too concerned with trying to impress. Or showcase the skills he learned during the offseason. It’s absolutely not working. And Ingram has become frustrated:

Magic is right. Brandon Ingram needs to have fun and enjoy the game. His game will eventually come, that is if he is really as good as he is advertised. His critics have called Ingram overrated ever since he was drafted. These people now believe that they were right all along. 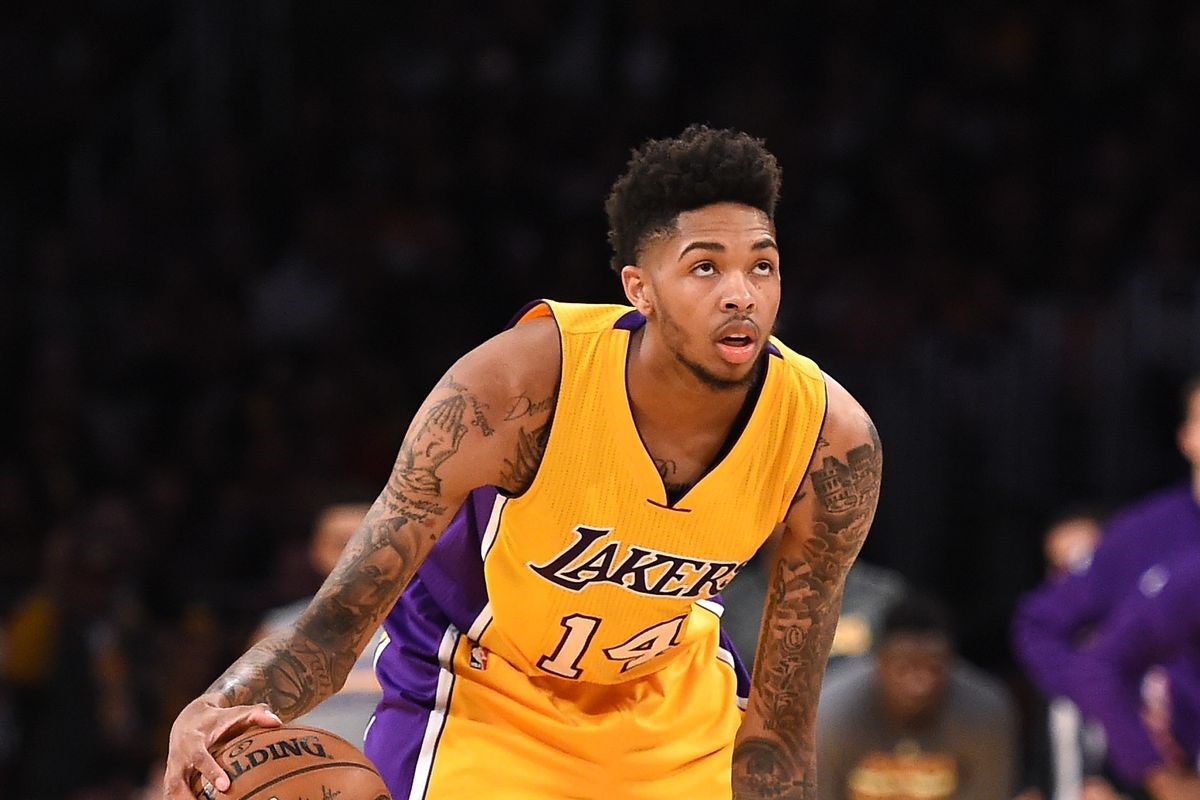 But the Lakers management and his teammates insist that he is going to be something special. He’s just in a funk and is going to break out anytime soon. We saw him struggle at the start of his rookie season but watched him play at a different level as the season went on. Coach Luke Walton believes that’s what’s going to happen here:

"It's similar to how last year went. Early on, we kept telling you guys how good [Ingram] is, and the numbers weren't matching up," Walton said. "Then he got his rhythm later in the year and was really good from January on."

It’s great to hear how the management, coaches and teammates have plenty of faith in Brandon Ingram. Surely, that’s going to help moving forward. Despite that, there’s got to be some worry on the part of Brandon Ingram because similarly, there was plenty of patience and hope for D’Angelo Russell. Look where D’Lo is right now. So as the pressure continues to mount, time is ticking for Brandon Ingram.