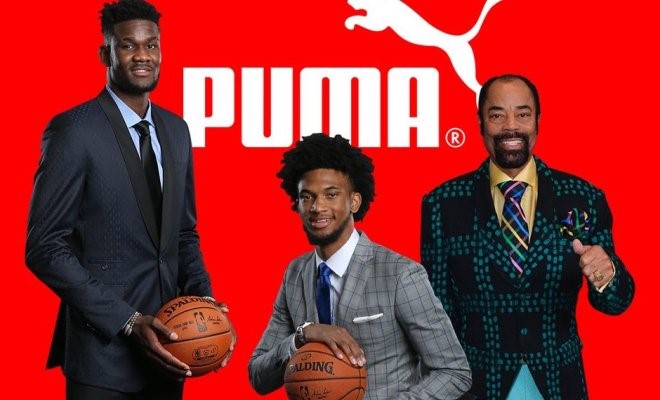 It’s been 20 years since Puma last had an NBA endorser and two decades since it designed a basketball shoe for NBA use. Now, the shoe giant is looking for a triumphant return to the NBA scene. 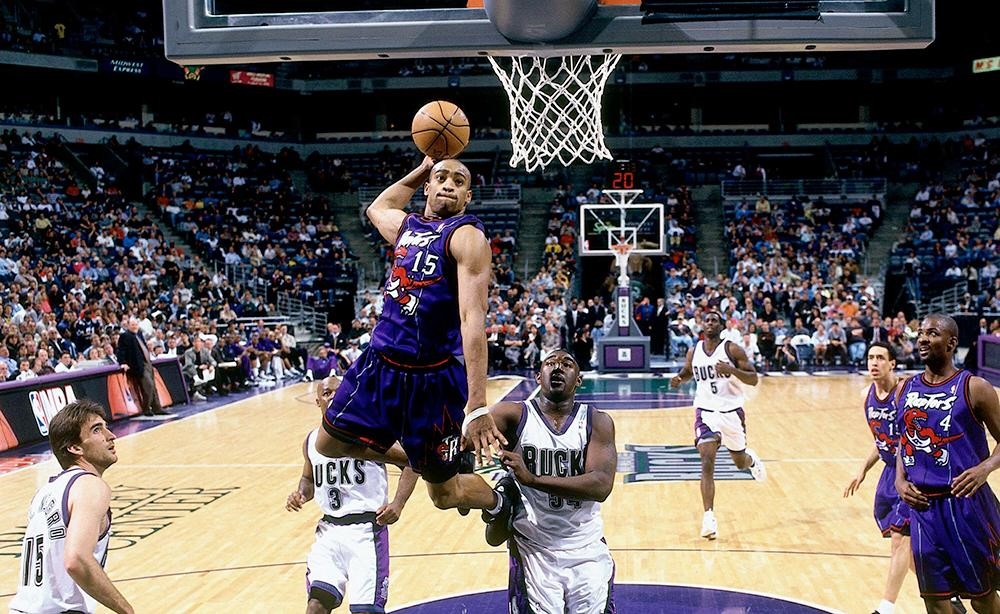 In 1998, Puma signed rookie Vince Carter to a five year shoe endorsement deal reportedly worth around $25M. Carter had just been selected 5th overall in the 1998 NBA Draft by the Toronto Raptors after a spectacular collegiate career at the University of North Carolina.

At first, it looked like Puma hit the jackpot by collaring the most exciting basketball player to come out of North Carolina since Michael Jordan. Carter immediately took off and Air Canada dazzled the NBA crowds with his high flying moves and spectacular dunks. But after winning the 1999 Rookie of the Year award, Carter issued a press statement announcing that he is terminating his shoe deal with Puma.

The breakup led to an arbitration where Carter was ordered to pay Puma 13.5M in damages for breach of contract and instructed not to endorse or wear the footwear or apparel of Puma’s competitors. Both parties later reached an agreement that resolved all issues and made Carter a free man once again.

The terms and details of the agreement were confidential, as agreed upon by the parties. But Carter’s release involved Puma receiving an undisclosed financial payment for damages and past & future losses. Sure, Puma got adequately compensated for all the troubles. But Carter’s decision to bolt out was a big blow to Puma’s basketball business.

Looking At The Draft Board 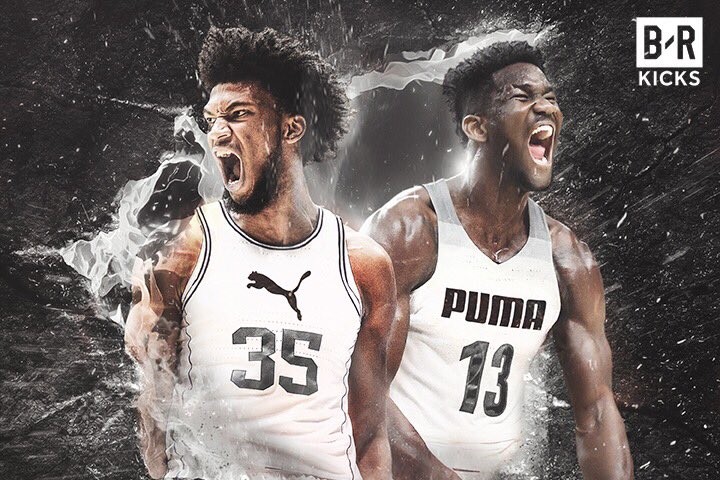 Twenty years after being dormant in its basketball shoe business, Puma is looking at the NBA draft board again. With potential and future NBA stars about to enter the league via the 2018 NBA Draft, Puma has signed some of the big names in the rookie class.

Last June 15, it was reported that Marvin Bagley III was going to sign with Puma for the largest shoe deal for a rookie since Kevin Durant. A couple of days later, projected first round pick and Texas Tech guard Zhaire Smith joined Bagley at Team Puma. This Monday though, Puma struck its biggest deal of the summer when it inked likely #1 overall pick DeAndre Ayton to a five year shoe deal.

Ayton, the 7-1 freshman center from the University of Arizona, is projected to be the top overall pick in the 2018 NBA Draft by most mock drafts. The Nassau, Bahamas native is being touted as the NBA’s next unicorn, following the footsteps of Anthony Davis, Karl Anthony Towns, Joel Embiid, Giannis Antetokounmpo and Kristaps Porzingis.Ayton’s size, agility, quickness and game has likened to former San Antonio Spurs center David Robinson.

Bagley meanwhile has often been compared to former Miami Heat forward Chris Bosh. The 6-11 Bagley possesses the size of a forward and the quickness of a guard. His ability to impact the game with his offense has been impressive. Many experts believe Bagley will be one of the top three picks in this week’s draft.

On the other hand, Zhaire Smith is the 6-4 high flyer from Texas Tech. Smith averaged 11 points per game for the Red Raiders last season but draft experts predict that he will be a first round pick because of his massive potential. 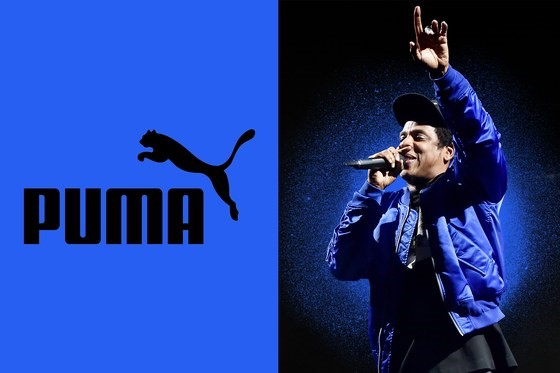 Meanwhile, Puma global director of brand and marketing Adam Petrick announced that the company would be re-launching its basketball division and that rapper Jay Z would play an important role in its resurrection.

It was earlier reported that Jay Z would be appointed as President of Puma Basketball but Puma later clarified that Jay Z’s official title right now is ‘Creative Designer”. Jay Z, Shawn Carter in real life, is expected to lead Puma’s marketing campaigns, will be a voice for the product and help identify potential NBA players and entertainers that fit the brand.

During an elaborate ceremony at the Puma Basketball Hoops HQ in Brooklyn, New York earlier this week, Puma also announced that it had signed New York Knicks’ great Walt ‘Clyde’ Frazier to a lifetime deal.

Frazier was Puma’s first signature athlete and his namesake ‘Clyde’ sneakers was Puma’s first basketball shoe. During the event, Puma unveiled an updated and limited version of the ‘Clyde’. 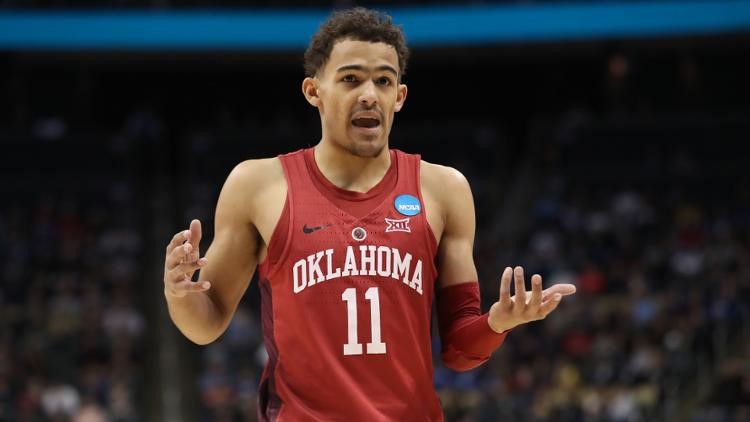 While Puma was on a roll, it’s all-out recruitment wasn’t all success though. In May, the ESPN’s Nick DePaula reported that Puma was ready to make likely Top 10 pick Trae Young as the face of Puma basketball. But on June 19, 2018, Young announced that he had signed a multi-year footwear and apparel deal with Adidas.

Although he isn’t expected to be chosen in the Top 3 of the draft, Young is perhaps the most high profile and most well-known among the collegiate players who applied for the draft. Young captured the imagination of the public with his impeccable shooting that has drawn comparisons to Golden State Warriors two-time MVP Stephen Curry.

Aside from Young, Adidas also bagged Lonnie Walker IV as its latest shoe endorser. The University of Miami freshman shooting guard is a polarizing prospect in the draft with his freak athleticism, smooth shooting an ability to defend multiple positions given his 6-10 wingspan.

Most draft experts are expecting Walker to be taken in the first round. But since the NBA Combine in Chicago last month, Walker’s stock has risen and there are some camps who are saying that Walker could go as high as #9 by the New York Knicks or #10 by the Philadelphia 76ers. 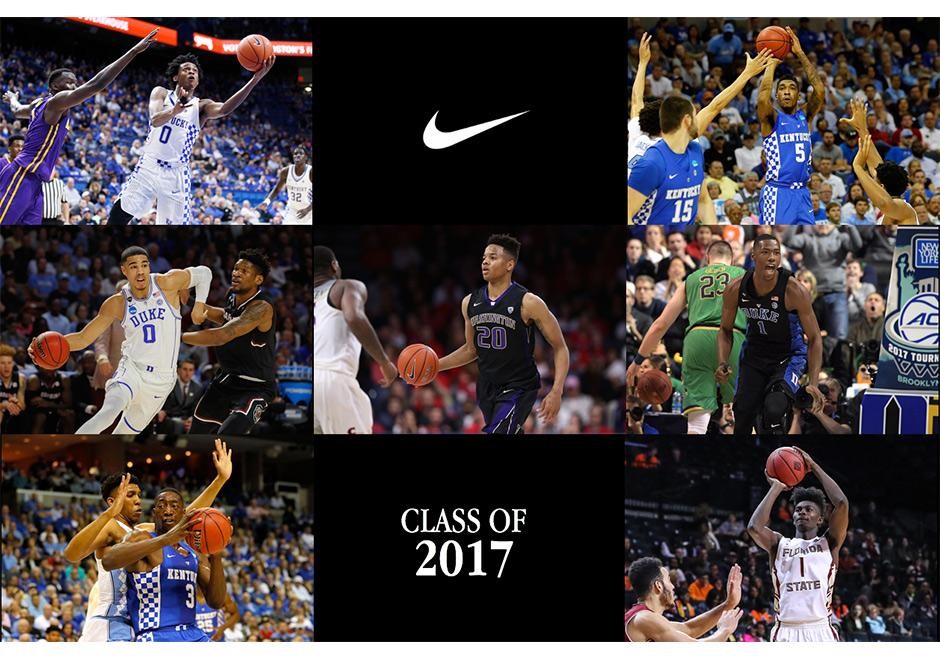 Nike inked Markelle Fultz, Jayson Tatum, Harry Giles, D’Aaron Fox, Malik Monk, Jonathan Isaac and Bam Adebayo before the 2017 NBA Draft. Fultz ended up being the top overall pick of 2017 while Tatum was selected third overall by the Boston Celtics and Fox was the 5th player taken in draft by the Sacramento Kings.

The Swoosh brand is endorsed by a number of the top players in the NBA including LeBron James, Russell Westbrook, Paul George, Kyrie Irving and Kevin Durant. King James is the NBA’s top shoe salesman with his signature shoe as the best selling basketball shoes in 2017.