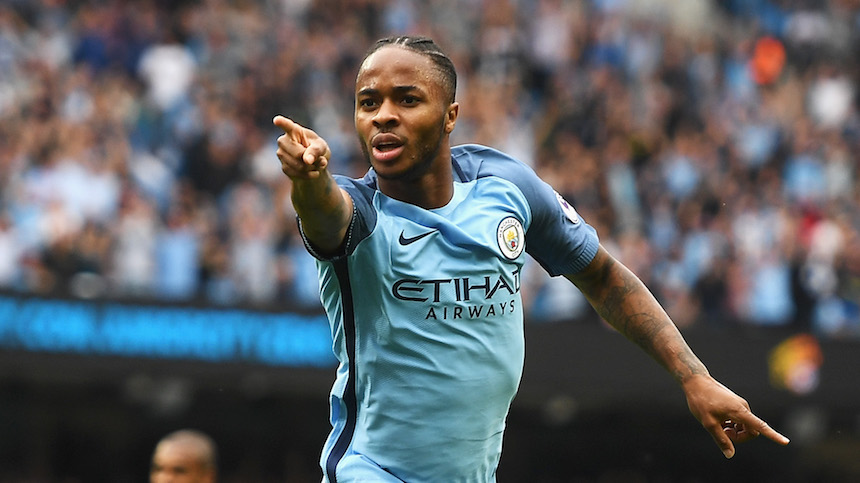 The craziest of all soccer things happened this weekend. Raheem Sterling got a red card, for celebrating.

In a dramatic game between Bournemouth and Manchester City, the dynamic winger Raheem Sterling scored a 97th-minute winner to secure a 2-1 victory. Naturally, the ecstatic feeling of scoring a last minute goal overcame Sterling, and he went to celebrate with the away Manchester City fans. Referee Mike Dean gave a controversial second yellow card for Sterling, which eventually him being dismissed. It lead to total frenzy with football fans on social media, as well as former players and Manchester City coach Pep Guardiola lambasting the referee for what is a deemed a ‘ludicrous decision’.

A scrappy goal to say the least, as Sterling shot the ball under goalkeeper Andrew Surman after a good low cross from right back Danilo. It’s not the nature of the goal, but the decision of the referee to send off Sterling that caused anger amongst fans. While Mike Dean was technically correct, not many football pundits seem to agree with him. It was the moment which overwhelmed Sterling which caused the frenetic celebration, and the yellow card was against the ‘spirit of the game’.

Sterling’s celebration is quite mild compared to previous crazier celebrations we have seen in the past. Let’s take a look at five crazier football celebrations in recent memory:

Adebayor has always been a striker that some fans liked, and others hated. He played for several of the biggest clubs in Europe, including Arsenal, Tottenham Hotspurs, Real Madrid and Manchester City. It was exactly his movement around that was the craziness behind his celebration. In a heated encounter between Arsenal and Manchester City, Adebayor scored an important goal for Manchester City against club Arsenal. Usually when a player scores against a club where he played before, the celebration is subdued out of respect. Adebayor however ran the entire length of the pitch to celebrate in front of the Arsenal fans. It incited lots of anger, insults and a lifetime of hatred from all Arsenal fans.

This incident happened during a Merseyside derby of all games, one of the biggest spectacles of the EPL. Fowler had been playing for Liverpool at the time, and was accused by Merseyside rivals Liverpool of using drugs. He vehemently and constantly denied these accusations, but Everton fans insisted. After a heated match, Robbie Fowler decided to go to the white chalked lines on the football pitch and pretend to snort out through his nose. Needless to say it caused controversy around the footballing community. Officials and administrators of the EPL were really not impressed as to the message he was subliminally sending.

One of the most prolific scorers of modern day football, Ruud van Nistelrooy was never one to steer clear of controversy. His infamous incident against Arsenal is not the only controversial moment he has been involved in. He had just missed a penalty kick for Netherlands against little known footballing nation Andorra, and a defender decided to run up to van Nistelrooy and laughed directly in his face. In typical fashion, van Nistelrooy scored later on in the game. He then ran up the opposition defender and celebrated right in front of him. It’s the type of provocation and celebration that one does not often see in football.

Emenike was sent off for his celebration for his club Spartak Moscow, but it the opinion of whether it warranted a red card is still debated today. After scoring, Emenike went on to slap the inside of his arm, while it was bent. This is universally known as the bras’d’honneur, or the Iberian Slap. To put it bluntly, it is like showing the middle finger but using your arms. David Healy from the Northern Ireland was also sent off when he showed a similar gesture in a match against Wales. It is the connotation around the sign that had them sent off, but still a red card for it seems a bit harsh.

The famous ‘Suarez dive’ incident took place in a Merseyside Derby yet again, (starting to see trend). Prolific Liverpool striker Luiz Suarez was accused before the game by Everton Manager David Moyes of diving (i.e. falling down to easy when being fouled or faking a foul). Just a few minutes into the game, Luis Suarez nestled the ball into the back of the net and made a jolting run straight to David Moyes. He then comically dived through the air as a swimmer would dive into a pool, and this was in direct eyesight of David Moyes (literally at his feet). Needless to say it had the football world a buzz. Ironically, Everton captain Phil Neville was booked in that same game for diving. Merseyside derbies seem to love a bit of controversy.