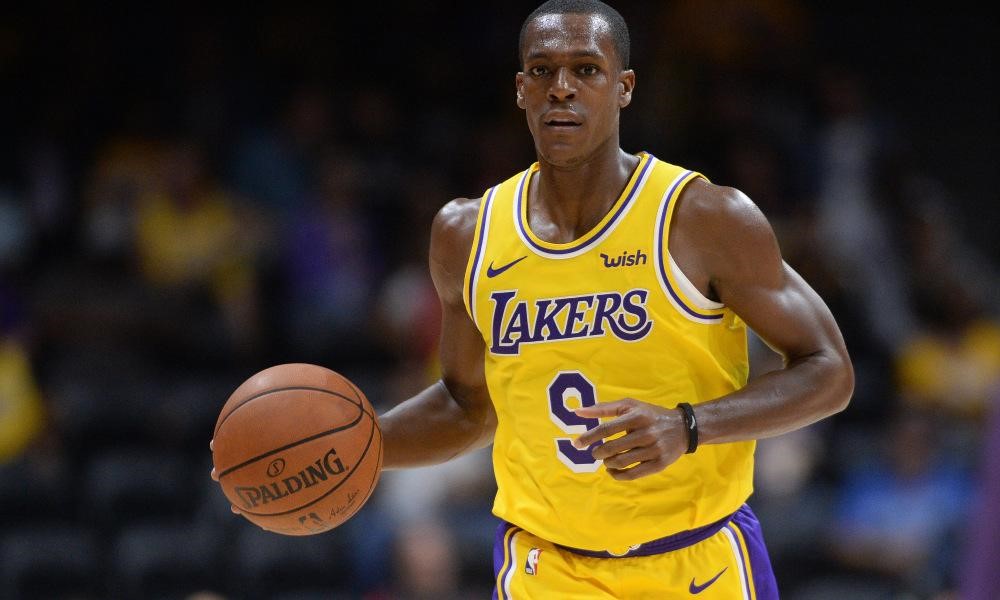 Rajon Rondo is one of the few players to have played for the Boston Celtics and the Los Angeles Lakers. Now he wants to do what no other player in NBA history has done: win an NBA title with both franchises.

Playing For Both Sides

Rondo was the starting point guard of the 2008 Boston Celtics championship team, the last title team of the franchise. Last summer, Rondo signed a one-year deal to play for the Los Angeles Lakers, the team which he and his Celtics beat in 2008 to win his only NBA title ring. On the eve of the opening of the NBA’s 2018-19 season, Rondo spoke to reporters about his goal in his new home:

"I need another ring," Rondo said after practice on Monday. "It's simple. I want to be the first to win for the two most historic franchises that's ever put a basketball to use. So, I got one in Boston, and I'd love to get one with this organization."

Rondo joins the likes of Don Nelson, Mel Counts, Clyde Lovellette, Charlie Scott, Bob McAdoo, Brian Shaw, Rick Fox, Shaquille O’Neal, Gary Payton and Isaiah Thomas who have donned both the green colors of Boston and the gold colors of Los Angeles. But none of those or any other player for that matter has won a world title with both organizations.

"You expect certain teams, certain franchises [to be like this]," said Rondo, who is playing for his sixth team in his 13th season. "Obviously, playing for Boston that was probably the best experience I've had since I've [been in the league]. And now here. Obviously, all the teams I've played for, they do have great organizations, but none touch this."

The Boston Celtics and the Los Angeles Lakers have the most storied rivalry in all of basketball. These are the two winningest franchises in NBA history with the Celtics winning a total of 17 NBA titles and the Lakers with 16 championships. In fact, no other NBA franchise has won more than 10 titles.

The Lakers have not won and NBA title since their back to back championship wins in 2009 and 2010. They have not even made the playoffs since 2013 and have not won a playoff series since 2012. But this year is different in Los Angeles. It’s not just even different. It’s special because the Lakers just bagged the best player in the planet in LeBron James. 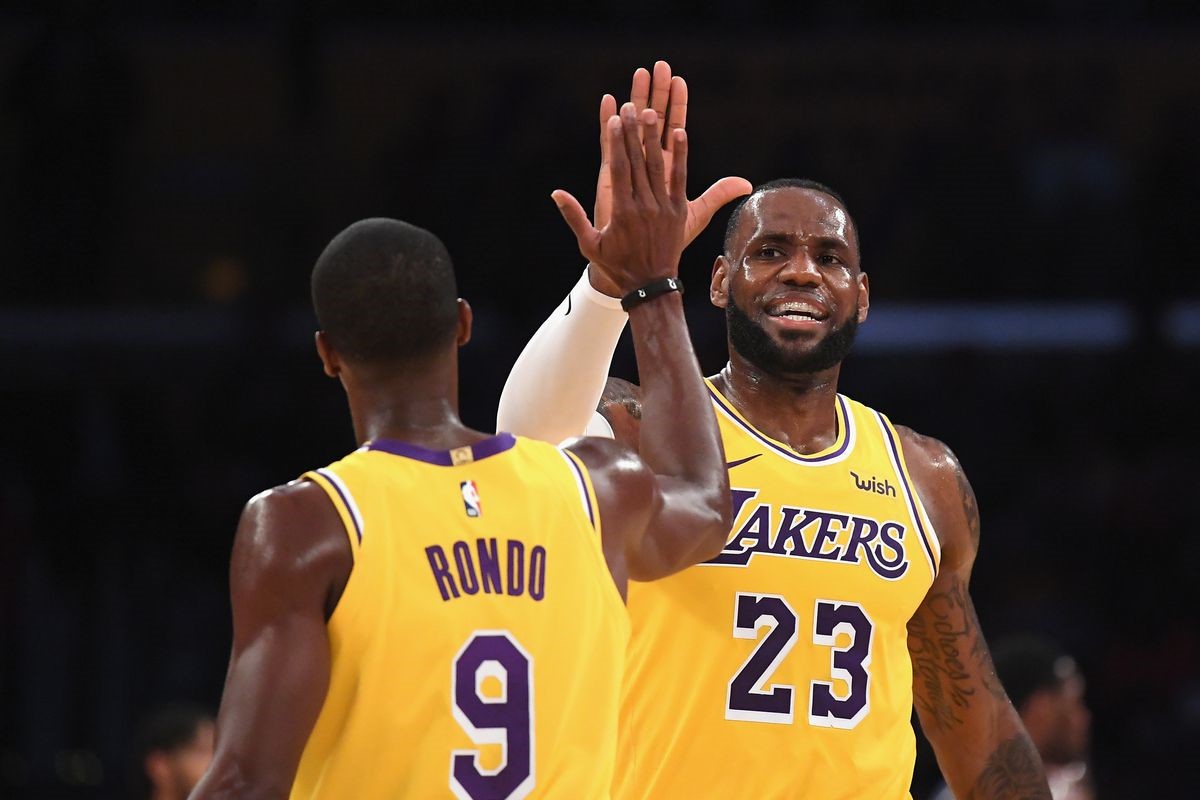 James is a pretty special talent. Universally recognized as the best basketball player in the planet, James has played in a record eight consecutive NBA Finals. Sure, he’s won only three over that period but King James is only one of six players in NBA history to appear in as many NBA Finals and the only non-member of the fabled 60’s Celtics team to do so.

Not only that. Every team that LeBron James has played for has made the NBA playoffs. He may not have won it all every year but James has consistently led his teams to the postseason. Sure, you’ll say that he’s putting both his Finals and playoffs records only the line by signing in Los Angeles, but you bet he has a chance at least at the latter.

While this Lakers team isn’t as star studded as the teams James took with him to the NBA Finals. Rajon Rondo is positive about what he’s seen for sar:

"I love our young guys, our commitment, the way they study the game, their willingness to learn. I was telling Bron the other day, we were on the plane and I've never seen damn near 12 guys watching film. As a team, I haven't seen that many guys combined in the last four [or] five seasons, I think. So, it was very refreshing to see. Understanding that this team is committed."

We liked what we saw in preseason play: the way they push the ball, the way they score points so quickly, the flashy plays, the fancy passes and all. But Los Angeles won just once in preseason although perhaps by design. Luke Walton decided to tinker with his line-up and play with their versatility.

Despite that, we saw glaring weaknesses like their inability to close out on shooters and lapses in their defensive rotation. Those faults aren’t unexpected from a team which is learning to play with each other on the fly. Hopefully, everything comes together when the regular season begins.

Valuable To The Lakers

As for Rondo, we’ve seen what he can do for this young Lakers during the preseason. Rondo averaged 8 assists per game in 22 minutes of playing time in three preseason games. He orchestrated the Lakers offense well and directed traffic. In short, he was every bit the floor general Magic Johnson wanted when they signed him.

Rondo will likely be the starter for the Lakers when the season begins and despite the fact that the Lakers’ 2nd pick of last year’s draft Lonzo Ball is back from injury. Said Lakers head coach Luke Walton about the point guard situation in Los Angeles:

"Whether Lonzo starts or not is gonna be based on where we're at as a team and what's working for us right now," Walton said. "He's looked great, and he continues to play better and better. Had another solid day today. ... He still needs to be in better shape, but he's getting back to where he needs to be."

Regardless of who starts, having Rondo on the Lakers will be a big help not just for the team in terms of winning but for Ball in terms of his maturation process. No question about Lonzo Ball’s playmaking skills and ability to pass. But Rondo will be a mentor to Lonzo not just in leadership but in playoff and championship experience. And that should come a long way for the Lakers.

As for winning the title, that looks beyond the grasp of the 2018-19 Lakers. Rondo is signed to a one year deal only but I won’t be surprised if the Lakers re-sign him next season. Rondo’s too valuable a leader not to be on your team. He’s a player you’d rather have than play against.