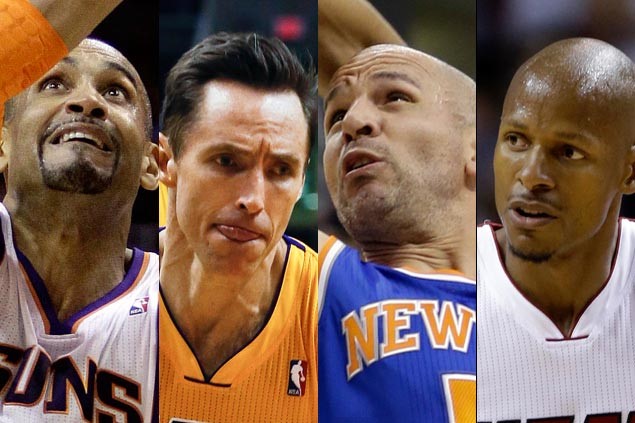 The Naismith Basketball Hall of Fame is arguably the highest award in the game of basketball.As of 2017, a total of 365 individuals have been inducted to the Hall of Fame. On September 7, 2018, 13 men and women will join them as immortals of the game invented by Dr. Naismith. 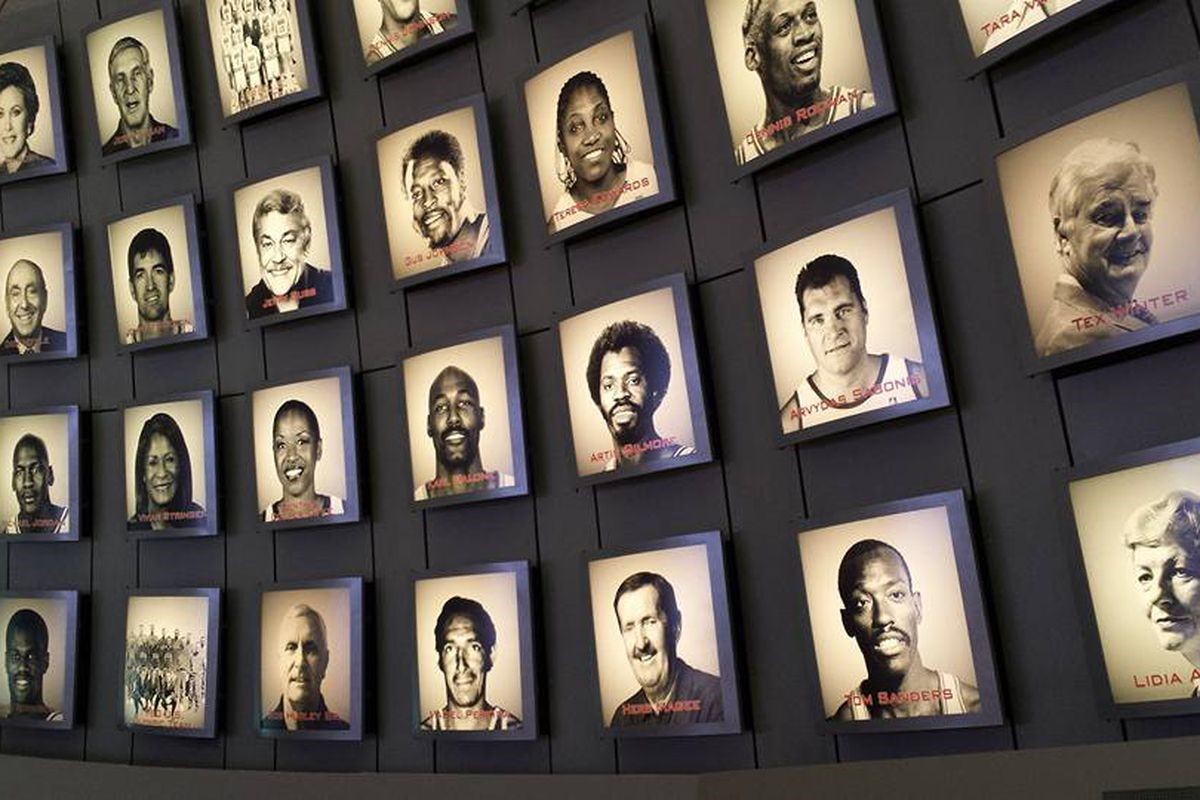 To be considered for induction by the committees, an individual must be fully retired from his basketball role for at least a period of three seasons. Prior to the Class of 2018, referees were eligible for induction after at least 25 years of full service, regardless of whether he is retired or active. Currently, coaches are eligible to be inducted upon completion of 25 years of full service at the high school level and above or three years after retirement. Beginning 2020, coaches must meet the minimum number of coaching years and be at least 60 years old upon induction. On the other hand, individuals considered to have made a “significant contribution to the game of basketball” will not be subject to service tenure requirement.

Hre is the Class of 2018, in alphabetical order:

This year’s class is led by shooting guard Ray Allen, who won NBA titles with the Boston Celtics and the Miami Heat. Allen is best remembered for saving the Miami Heat in the 2013 NBA Finals. Down 2-3 in the series, Allen’s clutch three pointer in Game 6 of the 2013 NBA Finals sent the game to overtime and eventually helped the Heat win Game 6 and then the title over the San Antonio Spurs in Game 7.

Former Philadelphia 76ers guard Maurice Cheeks also joins the Hall of Fame. Cheeks was known as one of the best defenders during his prime. He was a key player in the Sixers’ three championship appearances during a four year period from 1980-1983. Cheeks helped the Sixers win the NBA title in 1983 and was named to four All-Star teams.

Cheeks currently ranks 5th in the NBA’s all-time steals list and he was named to four NBA All-Defensive First Teams and one All-Defensive Second Team. His 4.1 steals per game average as a rookie during the 1979 playoffs remains as the highest in one playoff run.

Charles “Lefty” Driesell spent 41 years coaching at the collegiate level. He was the first coach in NCAA Division 1 history to win more than 100 games in four different schools. He is also the first coach to lead four different colleges to the NCAA Tournament. Lefty compiled a collegiate coaching record of 786-394. He won a then record of 384 games at the University of Maryland from 1969 to 1986 before Gary Williams passed him in 2006.

Grant Hill was a seven-time NBA All-Star, a member of the All-NBA First Team in 1997 and a four-time All-NBA Second Team member before injuries slowed him down. One of the most exciting players during his era, Hill electrified the crowds with his high flying moves and dazzling dunks. He played for four NBA teams and is currently a TV host for the NBA’s Inside Stuff.

Hill was one of the most dominant collegiate players of all-time. He led Duke University to back to back NCAA titles in 1991 and 1992 before becoming the Detroit Pistons’ third overall pick in the 1994 NBA Draft. Hill would go on to win Co-Rookie of the Year honors with fellow Class of 2018 inductee Jason Kidd.

Kidd was picked one spot higher than Grant Hill in 1994 by the Dallas Mavericks for whom he had two tour of duties with. Kidd was a pass first point guard who thrilled NBA crowds with his no-look passes. He was a 10-time NBA All-Star, a five time member of the All-NBA First Team and 9 time member of the NBA’s All Defensive team including four in the first team.

In 2011, Kidd helped the Dallas Mavericks win their first and only NBA championship. Kidd led the NBA in assists in five seasons and won the NBA’s Sportsmanship Award in 2012 and 2013. He is a two-time Olympic gold medalist, having played for the U.S. Men’s Basketball team during the 2000 and 2008 Olympic games.

Two-time NBA Steve Nash joins the Class of 2018. The Canadian point guard is only one of 11 players in NBA history to win the MVP award in back to back seasons. Nash was voted as the NBA’s MVP in 2005 and 2006 when he played for the Phoenix Suns. He lead the NBA in assists five times in a seven year span from 2005-201. Nash was an 8-time NBA All-Star and a three time All-NBA First Team member.

Nash is also one of only seven players to post a 50-40-90 season, that is shoot 50% from the field, 40% from the three point area and 90% from the foul line in a single season. Among the seven, only Nash and Larry Bird accomplished the feat on more than one occasion. Larry Legend did it twice but Nash did it a record four times.

The Rest of The Class 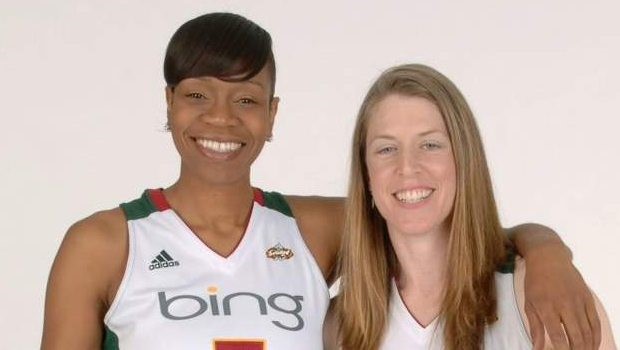 Here are the rest of the members of the Class of 2018:

Croatian Dino Radja is best remembered as a member of the Boston Celtics but gets his Hall of Fame nod by virtue of being one of the best international players of all-time. Radja led Jugoplastika to win back to back Euroleague titles in 1989 and 1990. He was named as one of FIBA’s 50 Greatest players in 1991 and 50 Greatest Euroleague Contributors in 2008.

Charlie Scott is the first African-American scholarship athlete at the University of North Carolina. The 6-5 Scott played in a total of 717 ABA/NBA games and was a five time All-Star in both leagues combined. He was a member of the 1976 Boston Celtics team which won the NBA title.

Katie Smith is the all-time leading scorer in women’s professional basketball with a total of over 7,000 points scored in her ABL and WNBA careers combined. The seven-time WNBA All-Star is currently the head coach of the New York Liberty in the WNBA. She is also a three time Olympic gold medalist and a two-time WNBA champion.

Tina Thompson was the first ever draft pick in the WNBA. Selected 1st overall by the Houston Comets in 1997, Thompson would be part of the Houston team which won the WNBA title from 1997-2000. Thompson was a 9-time WNBA All-Star and a 3-time member of the All-WNBA First Team. She was also the MVP of the 2000 WNBA All-Star game and selected as the WNBA’s Top 15 players of all-time.

Rod Thorn served as the NBA’s Executive Vice President for Operations from 1986-2000 and President for Basketball Operations from 2013-15. Aside from that, Thorn was a front office man for the Chicago Bulls, New Jersey Nets and the Philadelphia 76ers. He was even named as 2002 Executive of the Year. Not many know though that Thorn played in the NBA from 1963-1971 and was even the 2nd overall pick in the 1963 NBA Draft.

Rick Welts is widely credited with the creation of the NBA’s “All-Star weekend”. Welts served as President and CEO of the Phoenix Suns from 2002-2011 and is currently the President and COO of the Golden State Warriors.