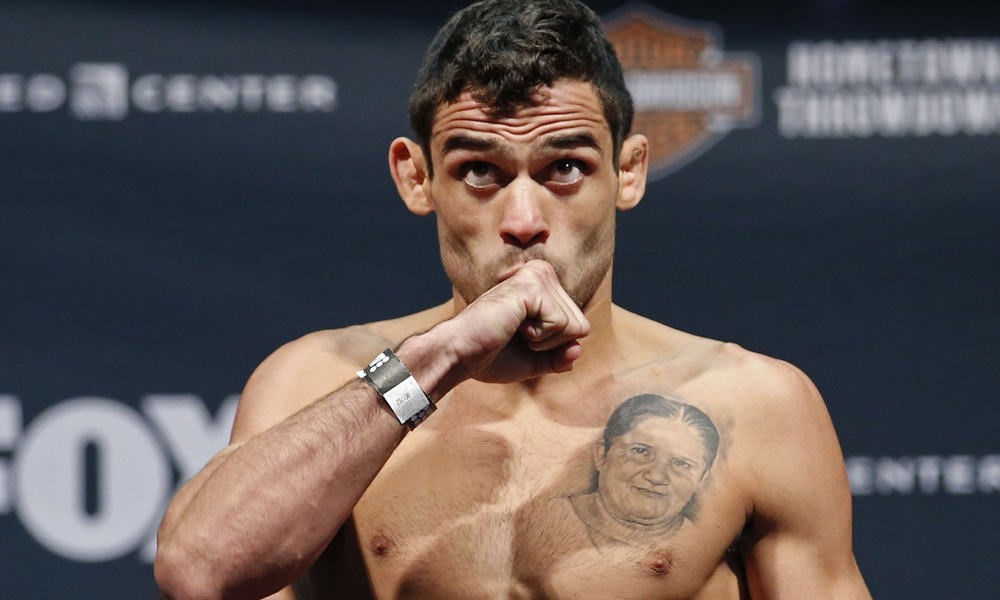 Things have been heading south for Renan Barao lately. It didn’t get any better on Friday.

Barao was given time to make weight as there was still two hours before the scales officially closed. However, Barao didn’t bother to cut additional weight nor try weighing in again.

This is not the first time that Barao has missed weight. Two fights back, he weighed in 140 pounds for his fight will Aljamain Sterling. In 2014, he was hospitalized due to weight cutting 24 hours before his scheduled rematch with T.J. Dillashaw at UFC 177.

Because he failed to make weight, Barao was fined 30% of his purse and all the money will go to Ewell. As for the fight, it will proceed as scheduled and subsequently approved by the CABMMA ( the Brazilian MMA commission) which also put no cap on how much Barao will weight on fight night. Automatically, Barao will be sent to the 145 pound division in for his next bout.

Once One Of The Best

Barao was one of the best fighters in the sport from 2012-2014, a period where he reigned supreme. He won the interim UFC bantamweight title by defeating Urijah Faber at UFC 149. He successfully defended the belt twice before being promoted to regular champion status.

After beating Faber in a rematch, Barao faced T.J. Dillashaw at UFC 173. In a shocking result, Dillashaw dominated Barao from start to finish before stopping the Brazilian in Round 5. Barao got a rematch with Dillashaw at UFC but Dillashaw reaffirmed his mastery over Barao by scoring a fourth round stoppage over Barao at UFC on Fox 16 in 2015.

Since then, Barao’s career has gone sour. He moved up to featherweight only to lose his debut to Jeremy Stephens. He finally got back on track after scoring a unanimous decision win over Phillipe Nover in September 2016. Barao then lost his last to bouts to Sterling and Kelleher. In between his last two fights, Barao took seven months off to spend time with his family and think about his future. He came back and decided that he would fight again with the hopes of rekindling his glorious past.

Ahead of his UFC 214 bout with Aljamain Sterling, Barao left Brazil and Team Nova Uniao to train in the United States. Like fellow Brazilian and former teammate Claudia Gadelha before him, Barao felt that there was a need to change camps to get himself back on track. Said Barao last January, via MMAJunkie:

“It’s good to keep growing, to keep pursuing evolution. We know that MMA is ever-changing, so it’s good to always get new information.”

He also talked about dealing with his weight issues:

“My eating has changed completely,” Barao said. “I stayed lighter, and it’s been easier than the last time. (The weight cut) is always a bit annoying, but it’s all going as planned.”

Barao then booked himself a fight against little known Brian Kelleher at UFC on Fox 28. But instead of displaying what he called was his “evolution” at his new camp, Barao was beaten by Kelleher and having lost four of his last five bouts, we thought he would be in danger of getting cut. But the UFC booked him another fight for an event to be held in Brazil.

It was only earlier this week when Barao told Combate that he still plans on recapturing his old belt. Barao talked about his past issues with weight and that he is over that as well as the other distractions he had. He even talked about a new Renan Barao fighting on Saturday night:

“Surely I still think about the title,” Barao said. “Every fighter’s dream is to fight for the belt. I’m still young, I’m sure my time will come again. I was focusing on something that held me back during the fight, something I didn’t use to do I tried to change, but it ended up being bad for me. So we took a step back, we tried to improve.”

Unfortunately for Renan Barao, nothing’s changed. He is probably having the worst stretch of his career and Friday’s weigh-in only added to his woes. If you look at his weigh-in video, notice that Barao looked shocked when he saw his weight. But why? He was a full five pounds over the bantamweight limit. How could he be surprised when he missed the weight badly? Unless of course he thought he was weighing in for a featherweight bout. But then again it’s impossible how he didn’t know how much he weighed before stepping on the scales on Friday.

The End of The Road? 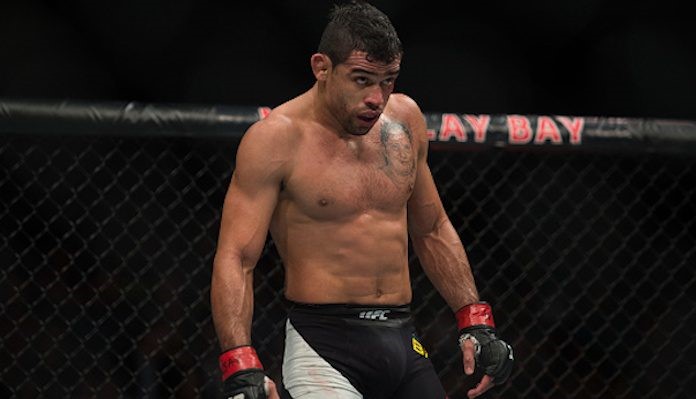 Renan Barao is only 31 years old and that’s not old by MMA standards. I’m not sure what’s wrong with the guy. He was a beast and former champion. Some of his critics say that his decline coincided with the arrival of the USASA drug testing program of the UFC. Brian Kelleher, the fighter to whom Barao lost to in his most recent fight, claimed last January that Barao isn’t the same fighter he was before USADA. To his defense though, Renan Barao has never failed a drug test before. These are all speculations though.

One thing is sure though. Renan Barao has never been the same after losing twice to T.J. Dillashaw. More specifically, he was never the same after that monumental UFC 173 upset by Killashaw. Barao was heavily favored in that fight but Dillashaw didn’t just beat him, T.J. beat him up. Sad to say there are losses like that that stick to the head of fighters and never leave their minds. It’s something they carry with them until their last fight.

We’re not sure when Renan Barao’s last fight will be but given his string of misfortunes, he will have to step up the next time around or else Dana White might be forced to issue Barao the pink slip. That would not be a good way to go out for a former champion like Renan Barao. But unless he shapes up for his next assignment, if there is still a next time, we may have seen the end of Renan Barao as a title contender.