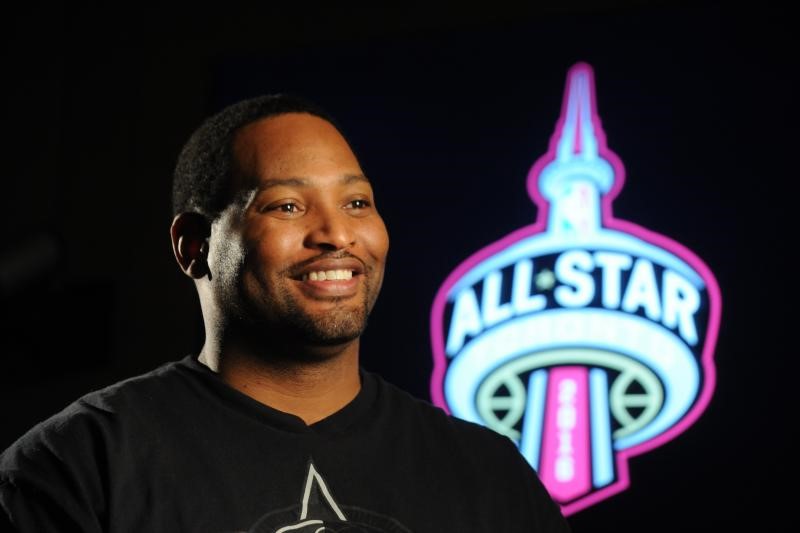 The NBA player known to make big shots in the clutch continues to make more hits, although the recent ones aren’t the kind of hits that win basketball games, regular season or playoffs.

Big Shot Rob turned to Big Punch Rob over the weekend after Horry figured in a fight with a man who allegedly heckled him at a Nike 3 on 3 tournament where his son was playing at.

In the video from TMZ Sports, Horry is seen landing one big shot after another after a man appears to shove the former Lakers’ forward:

After the incident, the seven-time NBA champion told reporters:

"The guy was trash talking the whole game. He shoved me. Where I'm from, you protect yourself." 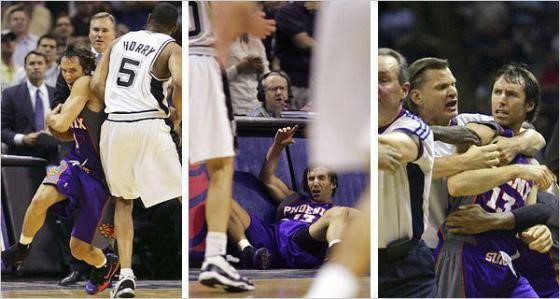 That was not the first time Big Shot Rob got into an altercation. As a player, Horry had his share of controversial moments aside from his game winning baskets.

On January 5, 1997 Robert Horry was involved in the infamous ‘Towelgate’ incident where he threw a towel on the face of then his coach Danny Ainge. The game was Phoenix vs Boston and Ainge at that time wasn’t the Celtics’ executive that we know he is now. Ainge was a first time head coach at Phoenix and he got a rude awakening from Big Shot Rob.

During a verbal exchange at the Suns bench, Horry ( who was then playing for the Suns ) threw a towel at Danny Ainge. No punches were thrown here though, but the towel hitting the coach’s face was more than the proverbial slap on the face ( better as punch in the face ) for Danny Ainge. Horry was immediately suspended by the team and subsequently traded to the Los Angeles Lakers. That turned out to be a blessing in disguise. 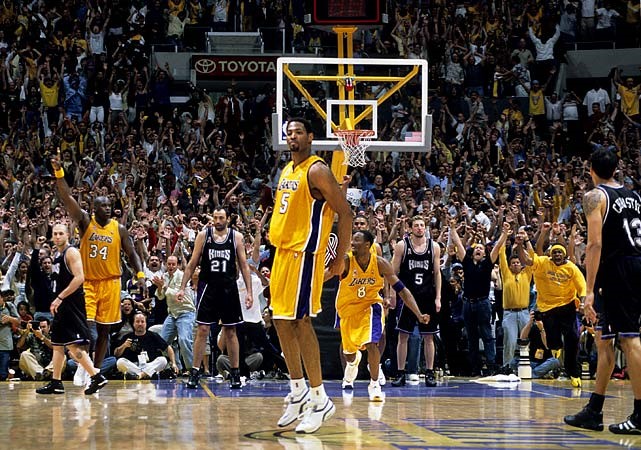 Before his forgettable stint with the Phoenix Suns, Robert Horry was hitting key three pointers for the Houston Rockets during his first two NBA seasons. In fact, Horry nailed several big three point baskets during the Rockets’ title winning conquest over the Orlando Magic during the 1995 NBA Finals. But despite being a key contributor to Houston’s back to back title winning team, Horry ( along with Sam Cassell ) was traded to the Suns for Charles Barkley. Life in Phoenix only lasted 32 games. Horry’s transfer to the Lakers led to the birth of Big Shot Rob.

While playing for the Lakers, Horry became one of the greatest playoff performers of all-time. No, he didn’t score many points during L.A.’s postseason games. Horry closed out many playoff games with dagger three point baskets. For starters, who could forget that key three pointer with 47 seconds left in Game 3 of the 2001 NBA Finals against the Sixers? Or the game winning three pointer against the Portland Trail Blazers during Game 3 of the first round of the 2002 NBA playoffs? And yeah, what about that buzzer beating three pointer against the Sacramento Kings in Game 4 of the 2002 Western Conference Finals? The list could go on. That’s why they call it the Greatest Hits tour.

Adding To His Legend 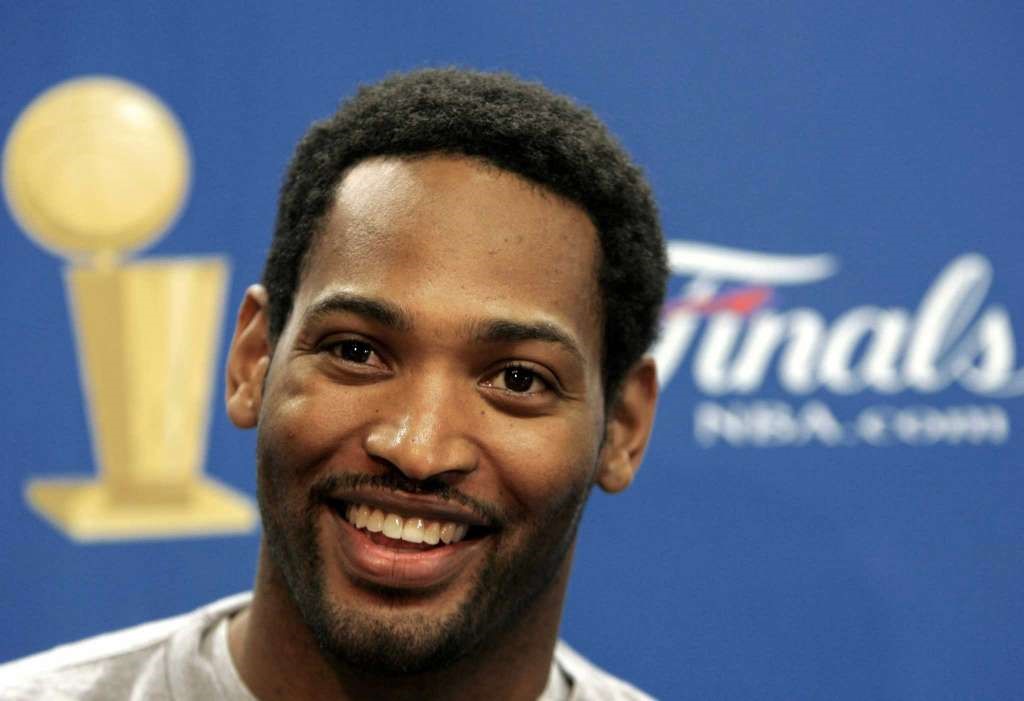 Robert Horry’s big shots didn’t end when he left Los Angeles. When Horry took his act to the San Antonio Spurs, he added more game winners to his legend. After helping the Houston Rockets win two NBA titles and the Los Angeles Lakers three NBA championships, Horry won two more NBA championship rings with the Spurs. Horry’s career was winding down when he joined San Antonio but he wasn’t just a hitchhiker on the Tim Duncan bus.

Like what he did for the Rockets and Lakers, Robert Horry won many games for the Spurs with his clutch three point shooting. In Game 5 of the 2005 NBA Finals, Horry scored 21 points in the final seven minutes of play. None was bigger than the three pointer he nailed with 5.8 seconds left in the game that sealed the Spurs’ victory. The win gave the Spurs the pivotal 3-2 series lead and they went on to clinch the title in Game 6. Two years later, Horry hit a game winning three pointer against the Denver Nuggets in Game 4 of their Western Conference First round series. Again, the list could go on. There is no official stat on big shots. But can you name someone who’s made more in his entire career? 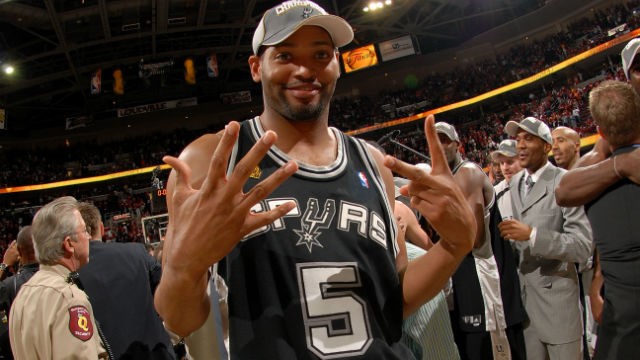 For his gun-slinging prowess, Robert Horry has won a total of seven NBA titles. Yes folks, that’s one more than Michael Jordan and two more than Kobe Bryant and Tim Duncan. Heck, that’s even two more than LeBron James ( 3 ) and Stephen Curry ( 2 ) combined. Of course, the James and Curry duo wins in total MVPs at 6 versus none. But Robert Horry’s career wasn’t about racking up big numbers and stats, it was about making the baskets that mattered most. He never won any individual award as a player. He was never an All-Star in any of his 16 NBA seasons. But he’s won more rings than anybody since the 60’s Boston Celtics team member.

Horry has been eligible for the Hall of Fame since 2014 but his name hasn’t been called yet. If you take a look at the little things he’s done in his NBA career, being in the Hall of Fame isn’t even a topic for debate. Hands down, Robert Horry is a legend. As such he deserves a spot among basketball’s greats. But Horry’s big shot career has been tainted with altercations that besmirch his reputation. The towel incident with Danny Ainge, the hip check against Steve Nash, the flagrant foul on David West. And now this post-retirement punching incident. Critics say he deserves to be on the Hall-of-Shame more than the Hall-of-Fame. But only time will tell if Horry makes it to the halls of the Naismith Memorial. For now though, don’t mess with Big Shot Rob because he’s still not afraid to take the ‘big shot’.