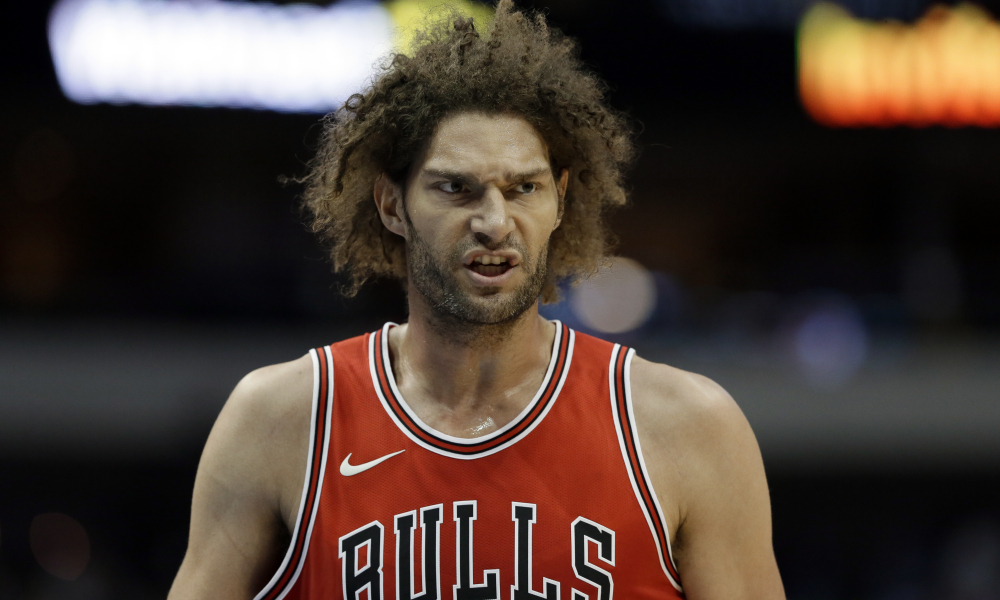 We’ve heard some strange news in Chicago lately. In case you missed it, the Bulls lost two power forwards because they fought each other during practice. One got injured in the process and the other got suspended by the team. Then of course there was Robin Lopez being the focal point of the Bulls offense ( yes, the Robin Lopez - twin brother of Laker Brook ).

With these strange occurrences, the Bulls lost their first three games of the season. However, they bounced back with a nice win last Thursday to finally break into the winning column. It’s not the championship yet. It’s not even the playoffs yet. But the Bulls’ victory over the Hawks was one the team badly needed after a rough start to their season both on and off the court.

Robin Lopez? Well, the hairy one continues to put up career numbers and he is bringing a lot of positive energy to the team despite the crisis they are currently having. And Lopez isn’t done yet. 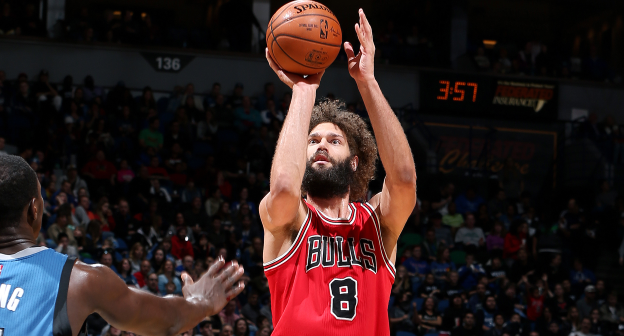 Robin Lopez is famous for his feud with mascots across the NBA. It’s good ( or not ) to note that he’s knocked out a handful of mascots in his colorful NBA career. But aside from being a terror to the mascots, Robin Lopez is a nerd. He likes comic books, Indiana Jones and Star Wars. In fact, he took his fascination for the latter to a whole new level in 2016.

If you’re a Star Wars fan, you know that the wookie Chewbaca was overlooked during a medal ceremony at the end of Episode IV. Chewie deserved a medal, of course, because he was Hans Solo’s co-pilot on the Millennium Falcon and he played a key role in the destruction of the Death Star.

Being a huge fan of Star Wars, Robin Lopez went to Disneyland along with his twin brother Brook and awarded Chewie the medal every Star Wars fan believe he deserves: 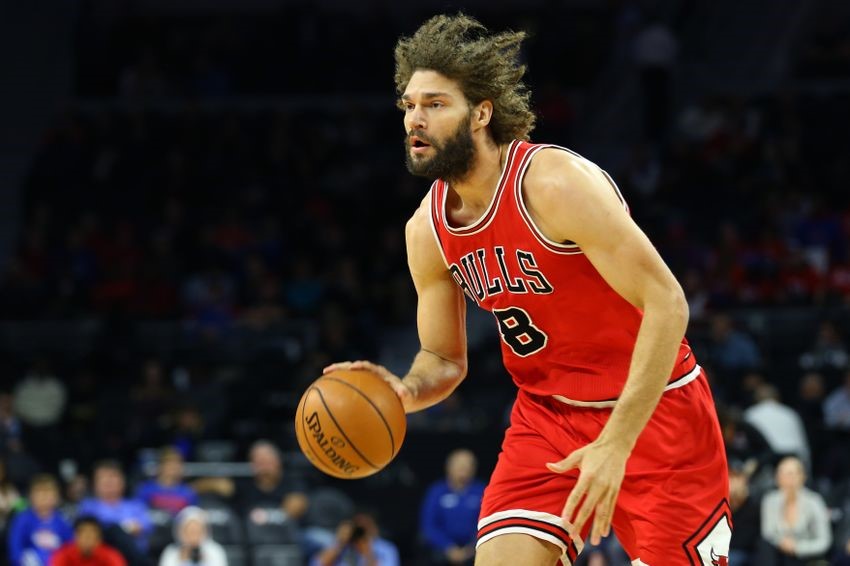 Awarding the wookie with a medal was one thing, seeing someone with more facial hair than Robin was another. But this wasn’t the only time the quirky Robin was associated with a very hairy creature.

During the Bulls exit interviews after the 2016-17 season, Robin brought along his buddy Muppet. Robin’s puppy pal tagged along with him during the interviews:

But if you think you’ve seen enough with the colorful Robin Lopez, think again. Amidst the troubles that Chicago is currently experiencing, he’s bringing a ray of light to the Bulls’ locker room.

We’ve heard about the fight that sent Nikola Mirotic to the hospital. That fight is going to put Mirotic out of action for the first six weeks of the season, at least. It also caused the team-imposed 8 game suspension of Bobby Portis, the man who threw a punch to Mirotic’s face. Now here’s more bad news for the Bulls.

Mirotic has demanded for a trade if the Bulls will bring back Bobby Portis after his suspension. According to sources, Mirotic is willing to waive the no-trade clause in his contract if Portis is allowed to return to the Bulls. With this recent development, it seems that the trouble in Chicago has only begun. 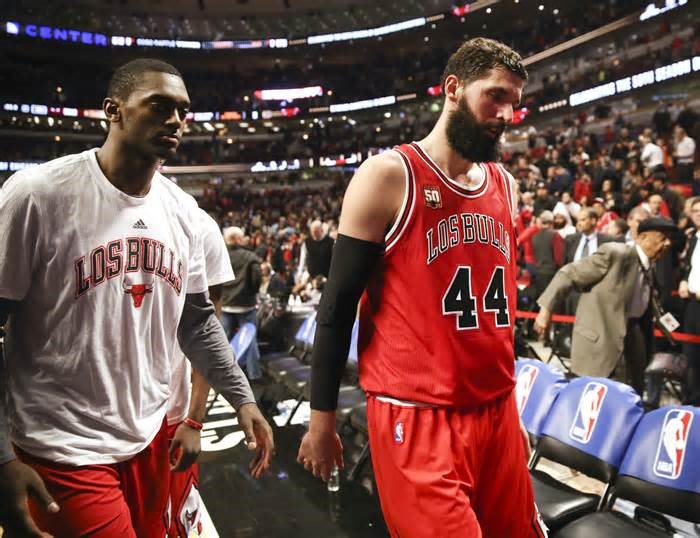 The Bulls are currently on rebuild mode after trading away franchise player Jimmy Butler during the offseason. In the summer, they also let go of superstars Dwyane Wade and Rajon Rondo and opted to begin the 2017-18 with a brand new identity. But things got off to a rough start with the fight between Portis and Mirotic, which by the way happened in practice.

Despite their troubles and after losing their first three games of the season, the Bulls bounced back with a good win over fellow rebuilding franchise Atlanta on Thursday. The Bulls rode the hot hand of Rookie forward Lauri Markkanen who delivered 11 of his 14 points in the second half. Markkanen shot the game sealing three pointer with 48.5 seconds left that gave Chicago the 91-86 lead over the Hawks.

Aside from Markkanen, the Bulls got another solid game from Robin Lopez. Lopez had 16 points and 8 rebounds for the Bulls, who snapped a three game losing skid with the win over the Hawks. Surprisingly, Lopez has led the Bulls in scoring in three of their first four games. That’s not all. 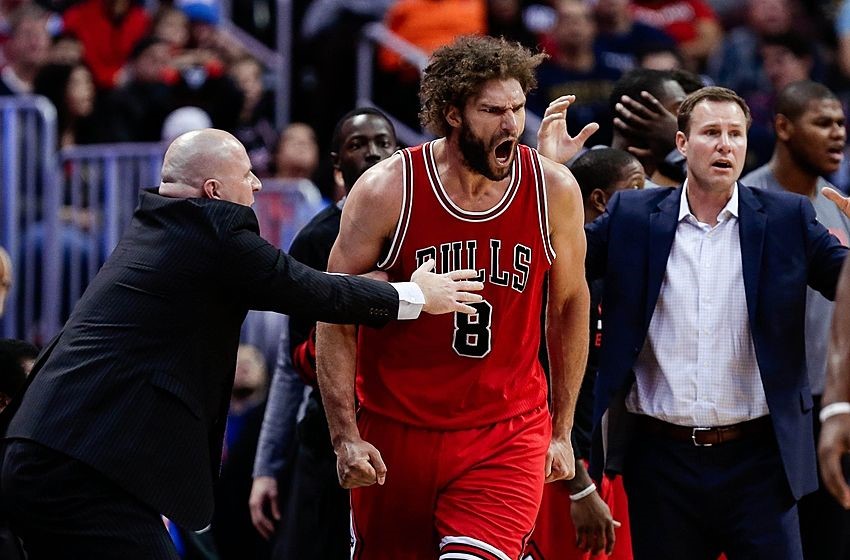 Robin Lopez is with his sixth team in 10 years and it’s safe to assume that this is the best season of his NBA career. It’s awkward saying that really, but that’s what you get when you’re on a rebuilding team without an identity yet. Well Lopez is bringing some identity to the Bulls - his identity. When interviewed by reporters after their first win of the season, Robin proudly showed them his secret weapon.

Britney will always be looking out for us guys #IMustConfessIStillBelieve pic.twitter.com/zR06gC2p5A

Looking Over The Bulls 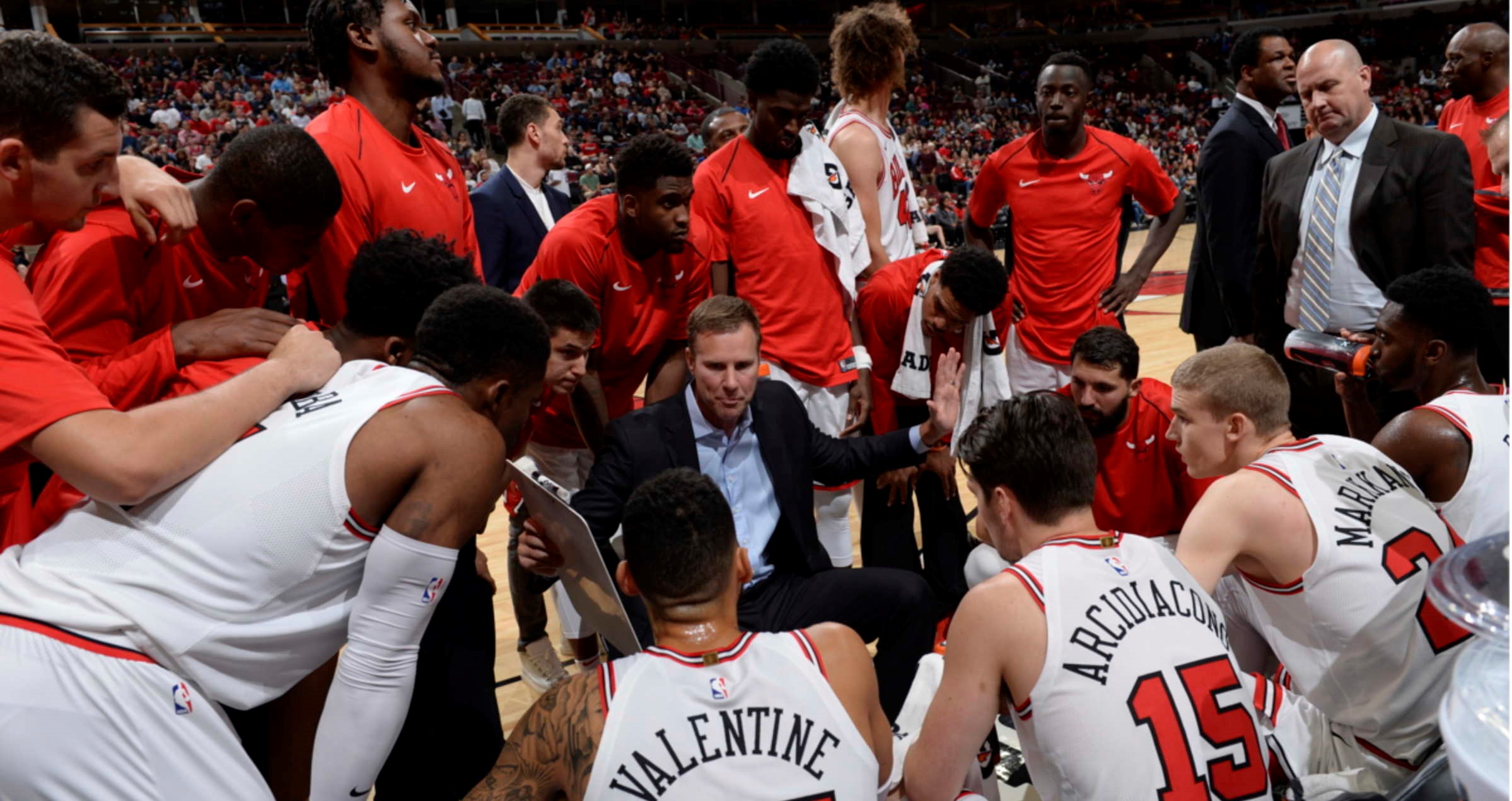 Okay so let’s get it right. That’s a framed photo of Britney Spears on top of his locker. Well, a throwback pic of Britney at that. Lopez offered an explanation. He said he and teammate Quincy Pondexter ‘found’ the framed photo on the floor at the Air Canada Centre after their opening game loss to the Raptors:

“You’ve got to respect Britney. Obviously, I don’t want to show you guys how young I am. But I grew up when she was in her prime.”

While the rest of the details on how they ‘found’ the photo remain sketchy, Lopez says he’s brought ‘Britney’ to the Bulls locker room to have someone look over the team. Said Robin:

“We’ll always have Britney looking down on us.”

Lopez admitted to a reporter that he is a huge fan of Britney, prime Britney to be exact. When asked what his favorite song was, Lopez corrected the reporter by saying ‘album’.
Well so now we know Robin Lopez isn’t just a huge Star Wars fan. He’s also a die hard Britney Spears guy. Who wasn’t one really when she was still in her prime?

The Bulls just got their first win of the season and it’s a sigh of relief. It’s going to be long, hard and tough season though. But with Britney smiling down on the Bulls, who knows how far the Bulls will go. #ImustConfessIStillBelieve