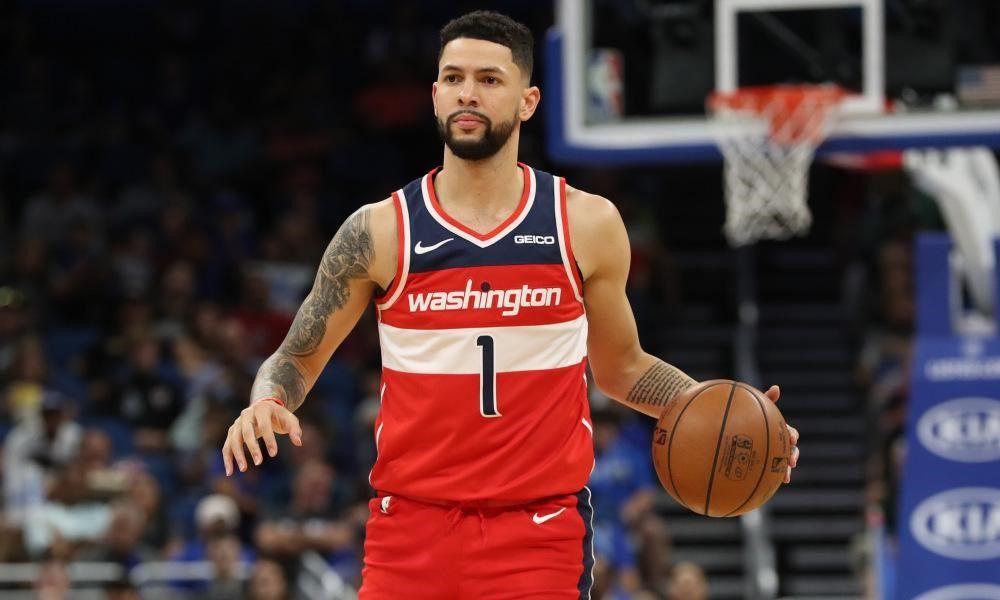 The season has not gone according to plan for the Houston Rockets.

They were on top of the NBA after the previous regular season. They were one win away fro eliminating the Golden State Warriors in the 2018 Western Conference Finals when tragedy struck and Chris Paul got hurt. This season, the Rockets were among the favorites to dominante the regular season again but heading to the Christmas Break, the Rockets are still struggling to find the form that brought them to the top last season.

The Rockets recently ended their Carmelo Anthony experiment to put things in order again. But while the Rockets have gotten over the .500 mark, they just can’t seem to build the kind of momentum that gave them a 65-17 record last season. Just recently, starting point guard Chris Paul suffered a hamstring injury and is expected to be out for 2-4 weeks. If Paul is going to be out that long, the Rockets would have to find some stability in the backcourt to continue to climb the standings.

Houston is just 1-5 without Paul in their lineup this season. Their next eight games will be against teams in playoff position or in playoff contention beginning with the OKC Thunder on Christmas Day. The Rockets won their first game without CP3 on Sunday as they defeated the San Antonio Spurs 108-101 behind James Harden’s 39 points. But we know Harden cannot do it alone so the Rockets decided it was time to get help.

Given Chris Paul’s injury and the lack of scoring in Houston this season, Austin Rivers can surely make an immediate impact there. Although Rivers’ has suffered an offensive downslide this season in Washington, we can look no farther than last season where he averaged a career-best 15.1 points and 4.0 assists per game while making 38.7% of his three pointers as a starter for the Los Angeles Clippers.

Rivers’ style of play actually fits the Rockets system because he doesn’t play the mid-range game. Rivers likes to attack the basket and score on drives while at the same time fishing for fouls. He also loves to pull up on three pointers without getting help from his teammates. In short, Rivers can create his own shots and he can create shots for his teammates as well.

Defensively, Rivers isn’t a stopper like Klay Thompson but this season in Washington, he has displayed improved defensive abilities. According to Synergy Sports, Rivers entered this week surrendering just 0.77 points per play. That’s the best mark in the Washington Wizards’ entire lineup. Now we’re not saying the Wizards are defensive elites either but the fact that Rivers stood out in that category is proof that he can defend. And defense is another need for the Rockets this season, especially in the backcourt position.

With Chris Paul sidelined, we expect Rivers to play significant minutes, if not get some starts if D’Antonio wishes to keep his bench’s output by keeping Eric Gordon there. If D’Antoni gets Gordon to start, then Rivers will be the key man off the bench. Either way, he’s been in both roles before and should have no problem adjusting to what D’Antoni asks him to do.

While Rivers will surely help the Rockets on the basketball court if he is given the opportunity to play, there may exist a conflict of interest between him and Chris Paul. It can be recalled that Paul and Rivers used to play together in Los Angeles with the Clippers. It was believed that Paul’s relationship with head coach Doc Rivers started to deteriorate when the latter traded for his son (Austin). Paul accused Rivers of nepotism and this eventually led to him demanding a trade out of Los Angeles. Per ESPN:

“Paul’s relationship with Doc Rivers started to deteriorate rapidly after the Clippers acquired Austin Rivers. Several members of the team felt Austin acted entitled because his dad was both the coach and the President of Basketball Operations. In the view of the tenured players, Austin Rivers never tried to fit in, and when players tried to address the situation with him, he still did not respond the way the core of the team wanted him to. It led to resentment within the locker room, which often played out during games. One of Paul’s biggest contentions with Doc was that Paul, and other players, felt Doc treated Austin more favorably than other players. He would yell at guys for certain things during games and practices, but not get on Austin in the same manner for similar transgressions.”

Things got worse when Doc Rivers declined to make a trade with the New York Knicks for Carmelo Anthony because New York wanted Austin to be a part of the deal. Paul however never had a beef with Austin because it was always Doc that CP3 was at odds with. But remember that it was Austin who was the root of it all.

The Rockets dealt with a similar case earlier this season when they signed Carmelo Anthony. Anthony had a rocky relationship with Rockets coach Mike D’Antoni who coached Melo in New York. Although there was never any issue between the two in Houston, the Carmelo Anthony experiment failed as the Rockets struggled to integrate Melo in their lineup and fell behind in the team standings early.

The Rockets are currently in the 8th and final playoff spot in the Western Conference. Although there is still a long way to go in the season and they are just five games off the top spot, Houston is just 6-4 in their last 10 games and simply can’t get the same winning form they had last season.

With Chris Paul out for at least two weeks with a Grade 2 hamstring strain, the Rockets will surely make good use of Austin Rivers in the short term. No question about RIvers’ basketball abilities but while he is expected to make an immediate impact, he is a dangerous plug and play addition because of his history with Chris Paul. For all the Rockets’ troubles this season,