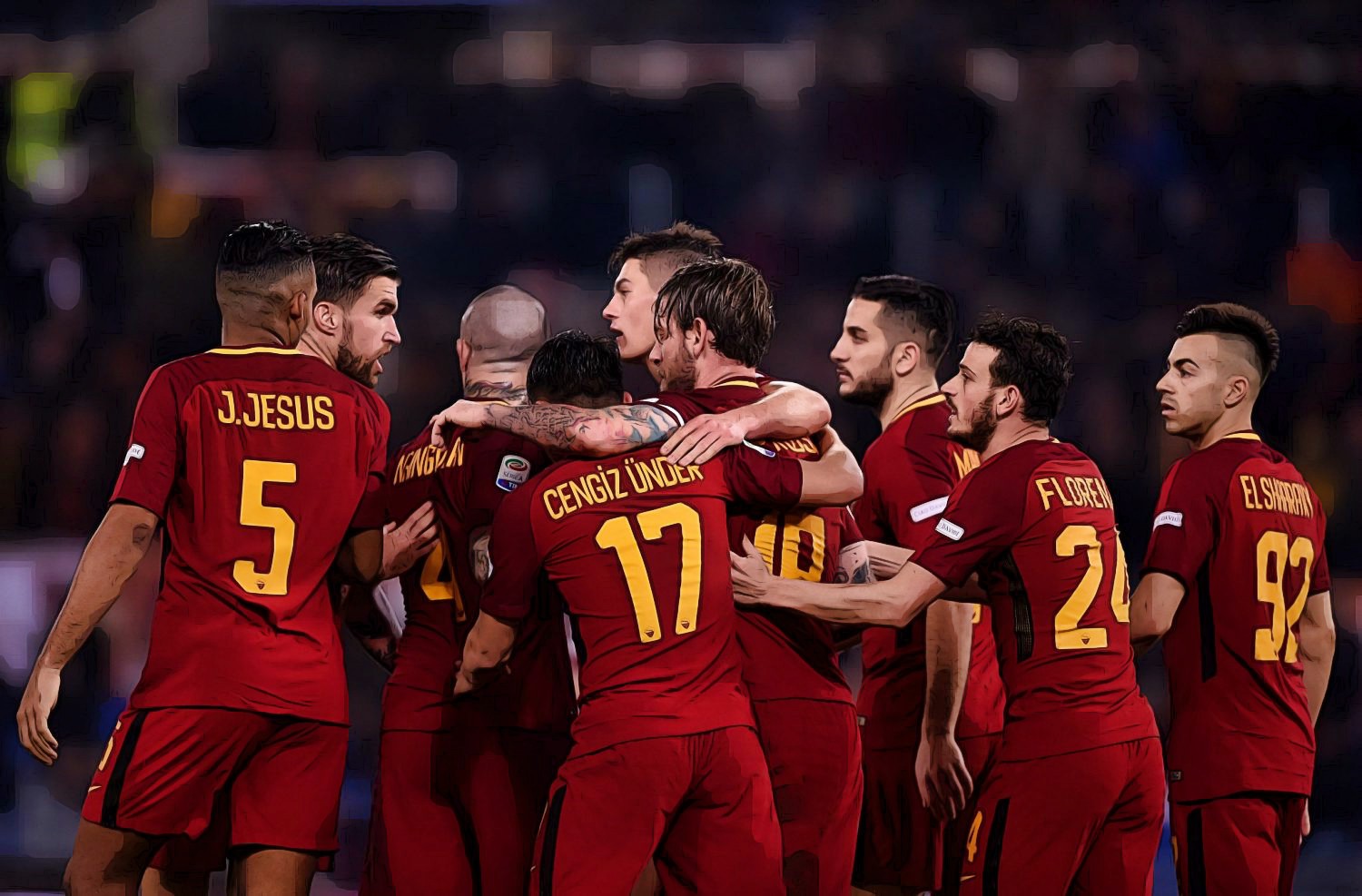 No one saw this coming — Barcelona getting thrashed by Roma 3-0, sending the Barcas out of the Champions League.

AS Rome thought that their hopes of advancing deep into the Champions League had ended when Barcelona defeated them 4-1 last April 5. It was a devastating loss for them as their offensive and defensive plays were all out of sync.

Daniele de Rossi, Alisson Becker, and even Cengiz Under, failed miserably in their attempt to oust the mighty Barcas. Surprisingly, their seeming hopeless campaign turned out differently during their rematch against Ernesto Valverde's men last April 11. 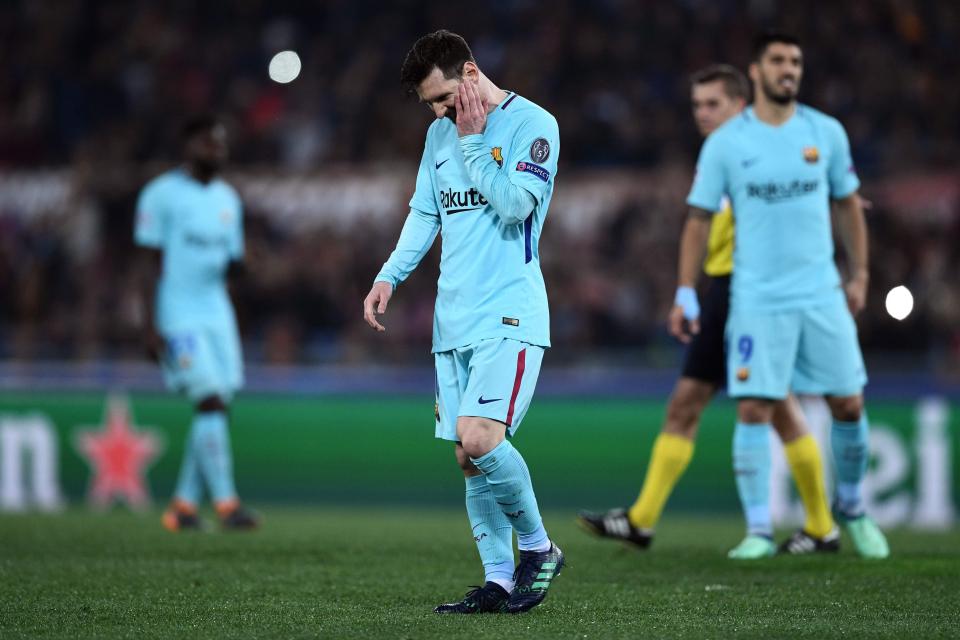 It was a 3-0 win for the underdog, crushing Messi’s hopes of advancing into the semi-finals. This marked a great achievement for Roma as this is their first time to reach the European Cup semi-finals since 1984.

Kostas Manolas sealed the deal for the Giallorossis after scoring the club’s third goal in the 82nd minute of play. This wasn’t just a simple goal for him though, as it was also his way of making up for his lack of composition in the first leg.

Edin Dzeko, Roma’s forward, scored the club’s first goal when he went around the Barca’s seemingly invulnerable offside trap. What he did surprised everyone as he latched on Daniele de Rossi’s perfectly made through ball during the sixth minute.

The score bolstered the team and fans’ confidence that Roma’s going to make it. Captain de Rossi then gracefully converted a penalty during the 58th minute, further fuelling the crowd’s excitement.

Then there was Manola who aggressively driven into the deep Barca defense and sent an exhilarating strike into the heart of the goal. It sent the bleachers into delirium as everyone expected that the game was Roma’s last — but it wasn’t.

De Rossi spoke during the post-game press conference, on how they felt with the unexpected victory. He said that their win wasn’t just a simple victory as it was a “great triumph” for their team, knowing that the last time they reached this stage was way back in 1984.

He knew that it was going to be difficult, but their confidence and strong belief that they can make it was what paved the way for them to achieve the unthinkable. De Rossi described Barcelona’s performance during the first leg and said that they lacked something even if they won the game.

De Rossi said that they didn’t deserve the 4-1 outcome, because they were better than the Barcas during the previous game. They then drew inspiration from that, and in the process, won the rematch and advanced into the next stage of the competition.

Barcelona is considered as one of the strongest clubs in the world, as they’ve won the European championship five times. It’s pretty clear they had a strong foothold in the tournament, but they still fell short this time around.

Dzeko’s opener was too much to handle, let alone by a team that was relying mostly on Messi’s expertise. Yes, they were the strong favorites, but a team can’t be called a team without teamwork.

Over-confidence Gobbled Up the Barcas

Sports analysts believe that the Argentinian’s presence made the Barcas feel overly-confident that they’re going to easily make it to the semi-finals, especially that they’ll face a club that hasn’t been in the competitions’ deep stages for over two decades.

Barcelona had been in dazzling form this season, sustaining just three losses since August last year. It was a record that sent the Barca’s confidence sky-high. Unknown to them, their seeming invincibility was the one that spelled their doom.
Failure seemed like not an option for them as they had decisive wins game after game. And this wasn’t just about the Champions League, as they also dominated the La Liga with 28 wins, six draws, and only three losses.

Their stunning comeback during last year’s Champions League also made them feel like football gods. Getting a 4-0 defeat from PSG is a pretty bad thing, but they still managed to overcome it and advance to the next stage. Undoubtedly, they’re the clear leaders of the football world, and they know that for sure.

Unfortunately, they used that experience as their benchmark, and in the process, lost their competitiveness. The result? Total failure. What made things worse is that Roma’s upset victory was like a direct hit at the Barcas — much like a wakeup call that they should have learned from last year’s comeback chance and use it to their advantage this season.

Well, they failed to do just that. Barcelona now joins AC Milan and Paris Saint-Germain as the only teams to have been knocked out of the Champions League despite winning by at least three goals in the first leg.

This is a very frustrating outcome for Messi, knowing that he’s aggressively vying for his sixth Ballon d’Or award. Now that he’s out of the competition while his rival Cristiano Ronaldo is still up and running, it’s safe to say that the Portuguese is ahead of the Barca captain this time.

Roma advances to the semi-finals stage together with Liverpool who has just defeated Manchester City 2-1 last April 11. However, the Reds' situation is a bit different from Roma's because they were the favorite in the matchup.

Everyone expected that they’d win the games as they’ve thrashed the City 3-0 during their first leg. Pep Guardiola might have somehow figured out their game, but the aggressive strategy wasn’t still enough to stop the raging City from entering the semi-finals.

Their second leg which resulted in a 2-1 win can be considered as a close call for the City, but it just exposed their weakness even more. Even Gabriel Jesus' goal during two minutes of play and Guardiola’s numerous waves of attack failed to pin Liverpool down.

How did Liverpool do it? Well, through finesse and patience. Their strong first-half defensive game turned out beautifully as Salah converted there early defense into offense in mid-game. Liverpool then got away with another crucial goal with the help of Sadio Maneh.

City goal-keeper Ederson dived right into the ball, but it went spiraling out onto Salah who then converted it into another score. That was pretty much the story of the City's last encounter with Liverpool.

The Champions League is undoubtedly down to its most-anticipated stage — the semi-finals and later, the championship round. As to who will dominate these stages, we still don’t know. But one thing’s for sure, and that the upcoming games are going to be one great ride for the advancing clubs.