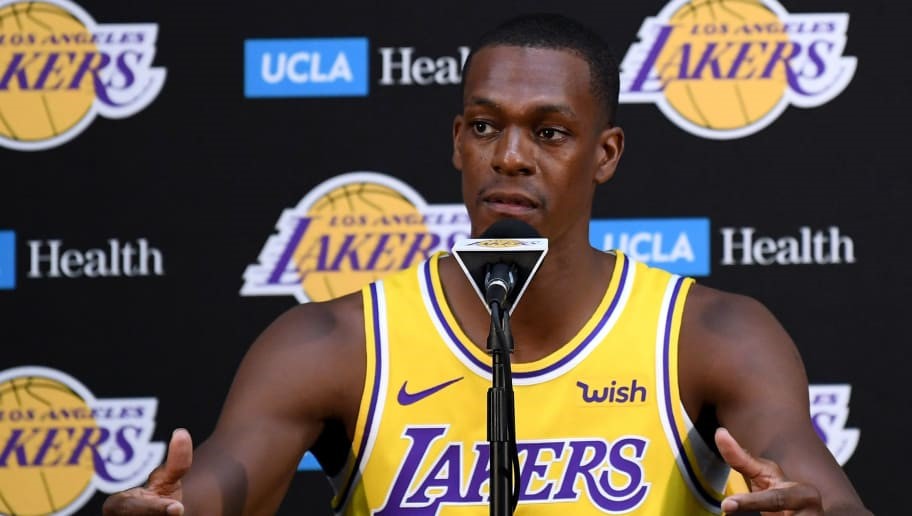 Rondo Over Lonzo: Veteran PG Will Start For The Lakers

According to a report from ESPN, the Los Angeles Lakers will begin their year with Rajon Rondo as their starting point guard. If you’re wondering what that means to Lonzo Ball, have no worry. Rondo will reportedly start but only temporarily and will do so while Ball makes his way from back from surgery last July.

It can be recalled that Ball underwent arthroscopic surgery on his left knee two months ago after the 2nd pick of the 2017 NBA Draft was found to have issues with the meniscus of his left knee. The surgery was successful and Ball has recently media that he was recently cleared for full contact practice. But it seems the Lakers won’t rush him back. Said Dave McMenamin via ESPN radio:

“Luke Walton told me today that Rajon Rondo will be the Lakers’ starting point guard to start the year. Lonzo told me he was just cleared today for full contact practice, but Walton had already said that won’t include scrimmaging.”

A Threat To Lonzo’s Job? 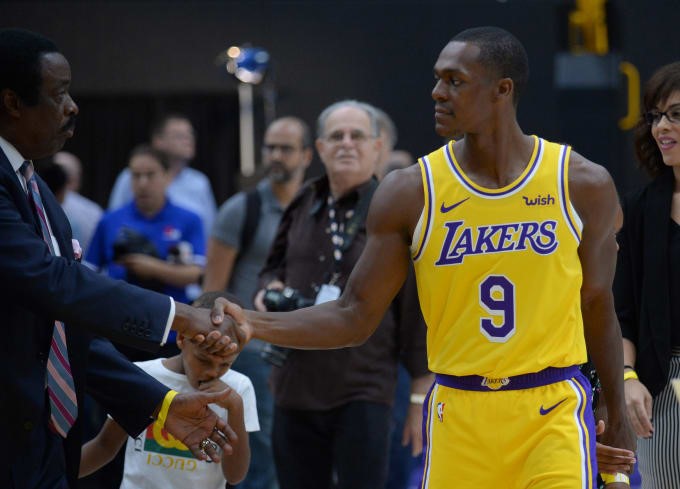 Lakers GM Rob Pelinka already announced earlier that only LeBron James is the sure starter at this point in time. Pelinka said that the other four spots are up for grabs and will be decided after the Lakers go through training camp and after playing the preseason. However, there were concerns about their point guard slot because both Rondo and Lonzo are starting point guards.

After bagging LeBron James, the Lakers made intriguing free agent moves like the signing of Javale McGee, Lance Stephenson and Michael Beasley. But perhaps none was more perplexing that signing point guard supreme Rajon Rondo when the team already had a starting point guard in Lonzo Ball.

Rondo has been a starting point guard for majority of his career. The former Celtics PG has started in 697 out of a possible 779 career regular season games. He’s gone from being one of the best point guards in the league during his time with the Celtics to a former All-Star who was benched on several occasions in Chicago.

But last season, Rondo had a strong showing for the New Orleans Pelicans whom he helped sweep Damian Lillard and the Portland TrailBlazers in Round 1 of the 2018 NBA Playoffs. Rondo joined the Lakers this summer and many wondered whether he would take away Lonzo Ball’s starting job after the Lakers’ prized rookie struggled during his rookie season. But as he’s consistently said since coming to Los Angeles, Rondo’s concern is winning, not starting. Said Rondo:

“Whatever role coach gives me, whatever role this team wants me to play, I’ll play it,” Rondo said. “Whether it’s starting 15 games and getting benched for eight, I’ve been through it all in my career... I’m ready for anything.”

”I’m not defined as one thing coming here,” Rondo said. “I’m just here to bring what I can to the team. Intangibles, obviously be a leader, hold guys accountable and bring a championship mentality.”

For sure, playing alongside Rajon Rondo and competing for minutes with him will do wonders for Lonzo Ball. Well, except perhaps in terms of shooting because like Ball, Rondo isn’t a good outside shooter for a point guard. But seriously, Rondo’s leadership abilities are second to none. We saw that when he was with Boston and we saw a lot of that last season when he played for the Pelicans.

Rondo Is Good For Lonzo 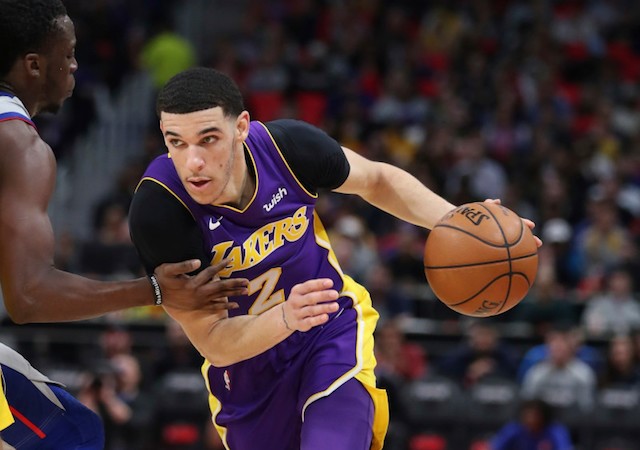 Like Rondo, Ball showed the ability to get rebounds while being scrappy on the defensive end. Ball also has uncanny passing instincts, a trait that has made Rondo one of the elites. By playing alongside a successful veteran who mirrors his skillset, Ball’s development should be fast tracked alongside Rondo. But yeah, let’s hope Lonzo’s improved his jumper during the summer because Rondo won’t help him with that.

Lakers President of Basketball Operations Magic Johnson said earlier in the summer that Ball has improved his jumper and predicted that his second year guard will have a breakout season this year. From Ohm Youngmisuk of ESPN.com:

"We explained that this is going to be the most important offseason, and while he could be on the court, his shot looked great. He is going to be ready to have a breakout season and build on what he did last season, because it was only a couple of things he had to do better, and that was driving to the basket, finish and get the midrange in terms of getting his shot where he is on balance. It is not his shot. He just has to be on balance. ... I am excited for Lonzo, and he is going to be fine."

"He's destined for greatness, I believe," James told the ESPN’s Dac McMenamin. "His basketball IQ, his ability to pass the ball, you get a sense from his teammates that they like playing with him."

Ball had an intriguing rookie season where at times, he showed flashes of brilliance with impeccable passing and the threat to register a triple double each time he stepped on the court. But his jump shot took center stage, not only because it looks crooked, but because he could not literally buy a basket from the outside.
But despite suffering the MCL injury, Ball worked on bulking up this summer and yes, on his jumper as well. If indeed coming from the injury, Lonzo Ball is bigger, stronger and with a more consistent jump shot, then he may have a breakout season and may be headed for greatness. For now though, it does appear that he will start behind Rajon Rondo as he tries to get fully healthy. As for Rondo, Los Angeles is yet another stop in an up and down career. He is here on a one-year deal but if he can make a difference on and off the court, Rondo could become a part of the Lakers’ future moving forward.