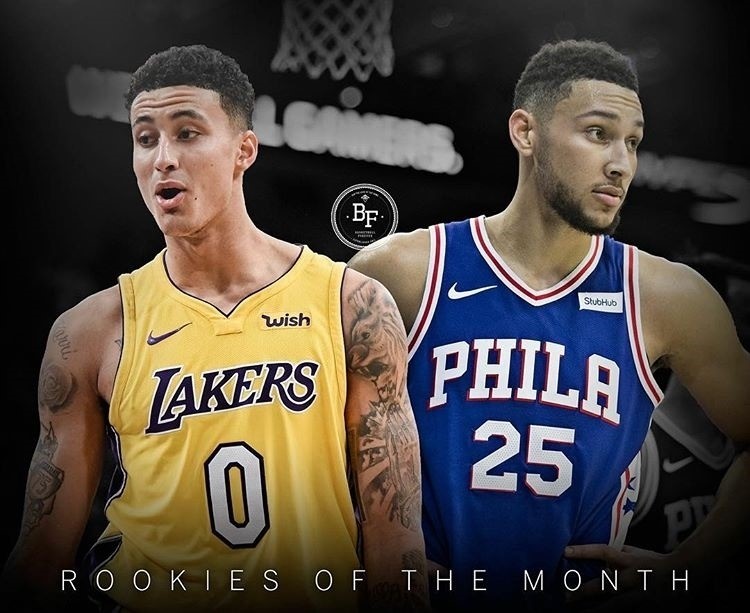 Rookie of the Month: Ben Simmons or Kyle Kuzma?

Markelle Fultz was the top rookie pick of the 2017 NBA Draft. Lonzo Ball was the most talked about rookie before and after the draft. But the two freshmen making a lot of noise right now are Ben Simmons of the Philadelphia 76ers and Lonzo Ball’s Lakers teammate Kyle Kuzma. 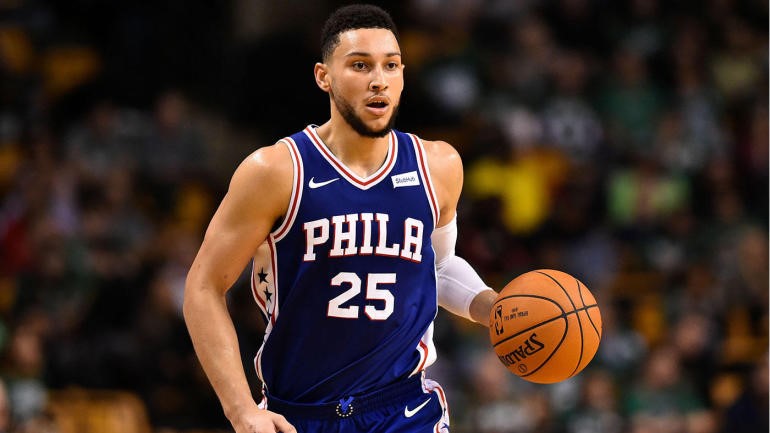 Simmons was named as the Eastern Conference Rookie of the Month and it didn’t come as a surprise. During that period, the 21 year old Aussie led all rookies in points, rebounds, steals and minutes per game while shooting .507 from the floor. According to ESPN’s Elias Sports Bureau, he is the first rookie since Oscar Robertson to average at least 18 points, 9 rebounds and 7 assists per game thru the first 20 games of his career.

Simmons’ scored in double digits during his first 20 games. The last rookie to achieve that feat was Clippers’ forward Blake Griffin in 2011. During that period, Simmons had seven 20 point scoring games. The only other rookie to match that feat? Kyle Kuzma of the Los Angeles Lakers. 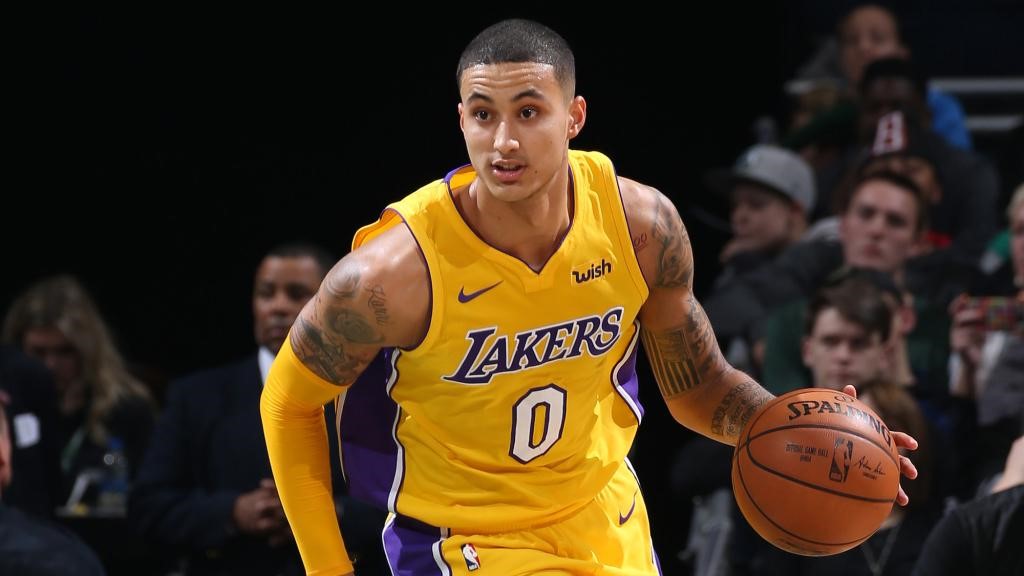 Perhaps a bigger surprise than Kyle Kuzma winning Rookie of the Month honors in the West for the first month of the 2017-18 season is Kuzma playing this well this early in the season. Picked 27th in the 2017 NBA Draft, Kuzma first emerged as the steal of the draft along with the Mavs’ Dennis Smith Jr. ( Now that list includes Donovan Mitchell of the Utah JAzz ) But while Smith has slowly faded from the limelight, Kuzma continues to thrive in it.

During the October/November games, Kuzma averaged 16.7 points, 6.1 rebounds and 1.6 assists per game on .504 shooting. Kuzma led the Lakers in scoring and was the first Laker since Jordan Clarkson to win Rookie of the Month honors. While his assists numbers pale in comparison to Ben Simmons’, Kuzma’s 37.9% shooting from the three point area is something the Sixers’ rookie doesn’t have and won’t have in the immediate future.

Kuzma is the first rookie in NBA history to score 330 points, grab 120 rebounds and make 30 three pointers thru the first 20 games of his NBA career. He also became the first rookie since Magic Johnson to score at least 30 points and haul 10 boards. Kuzma dropped a then career best 30 points and grabbed 10 rebounds against the Phoenix Suns last November 17. He’s since topped that 30 point night with a 38 point explosion against the Houston Rockets last December 20. By the way, the Lakers won that game 122-116,
ending the Rockets’ 14 game winning streak. 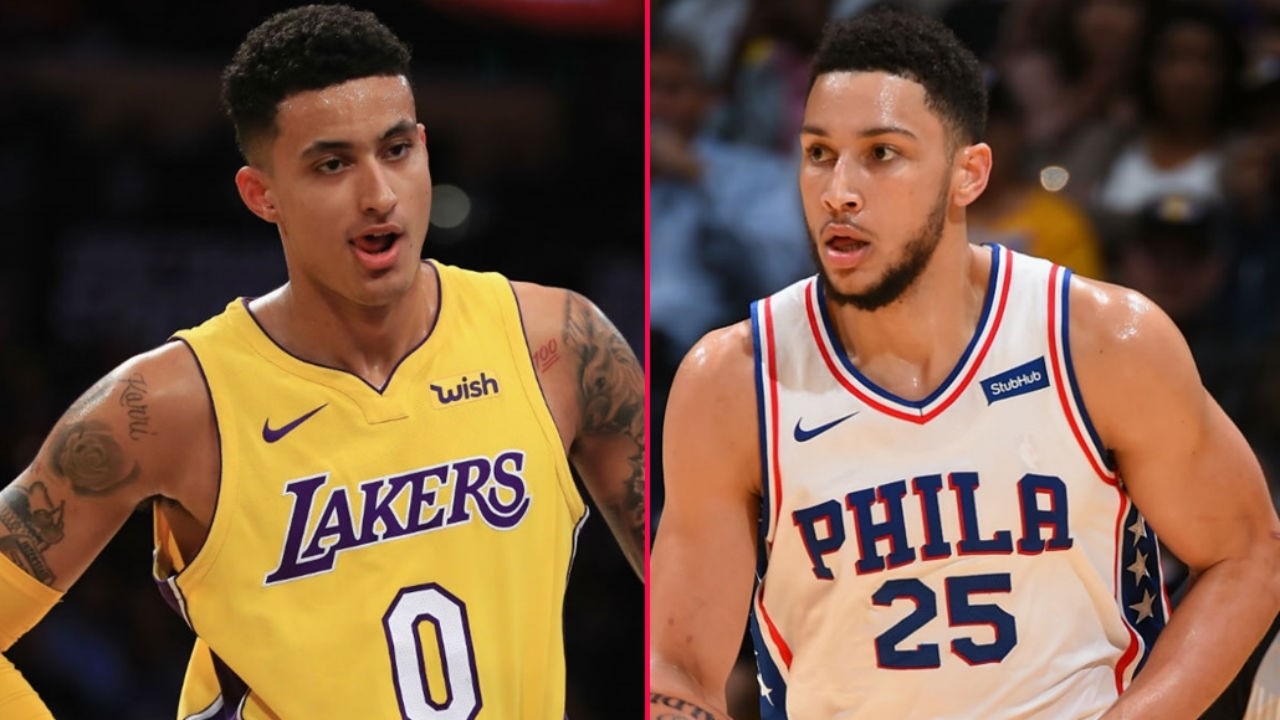 With all due respect to the Boston Celtics’ Jayson Tatum, Kuzma and Simmons have emerged as the top two favorites to win Rookie of the Year honors this season. That has been validated with their victories as the Rookie of the Month for their respective conference for the month(s) of October/November. Kuzma and Simmons are in the Rookie Top 10 in points, rebounds, field goal percentage, minutes and double doubles. Kuzma has eclipsed Simmons as the Top Rookie in scoring and is also the rookie leader in

During a practice session prior to the Lakers’ December 7 game against the Sixers, a reporter suggested to Kuzma that he looked like Ben Simmons. Kuzma’s reply ? He said no, it’s Simmons who looked like him because he ( Kuzma ) is 22 and Simmons is 21.The similarity ends there. The comparison begins after that. 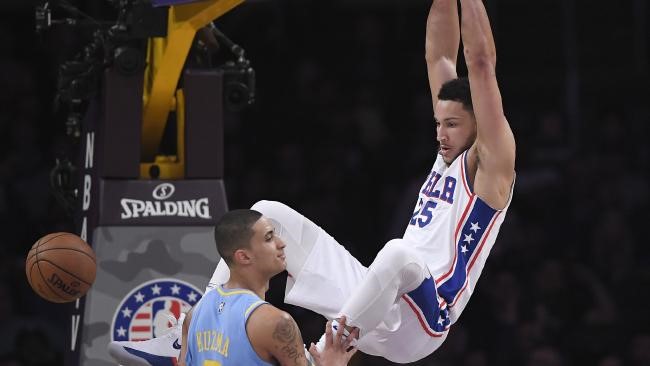 Kuzma’s route to this point has been entirely different from Simmons. Kyle spent four years at Utah, playing three seasons. Simmons left Louisiana State after his freshman season. Kuzma was widely overlooked at the 2017 Draft, with 26 other players picked before he was selected by the Los Angeles Lakers. Simmons was on everyone’s radar and was the consensus #1 overall pick one year earlier by the Philadelphia 76ers.

Kuzma comes off the bench for the Lakers and along with Jordan Clarkson, they provide firepower to one of the most productive second units in the NBA today. Kuzma got to the starting unit 13 times this season but most of those games were played when Larry Nance Jr. was injured. Simmons meanwhile has started each of the 30 games he’s played so far. He is the starting point guard of the Sixers, the tallest starting point guard in the league today. 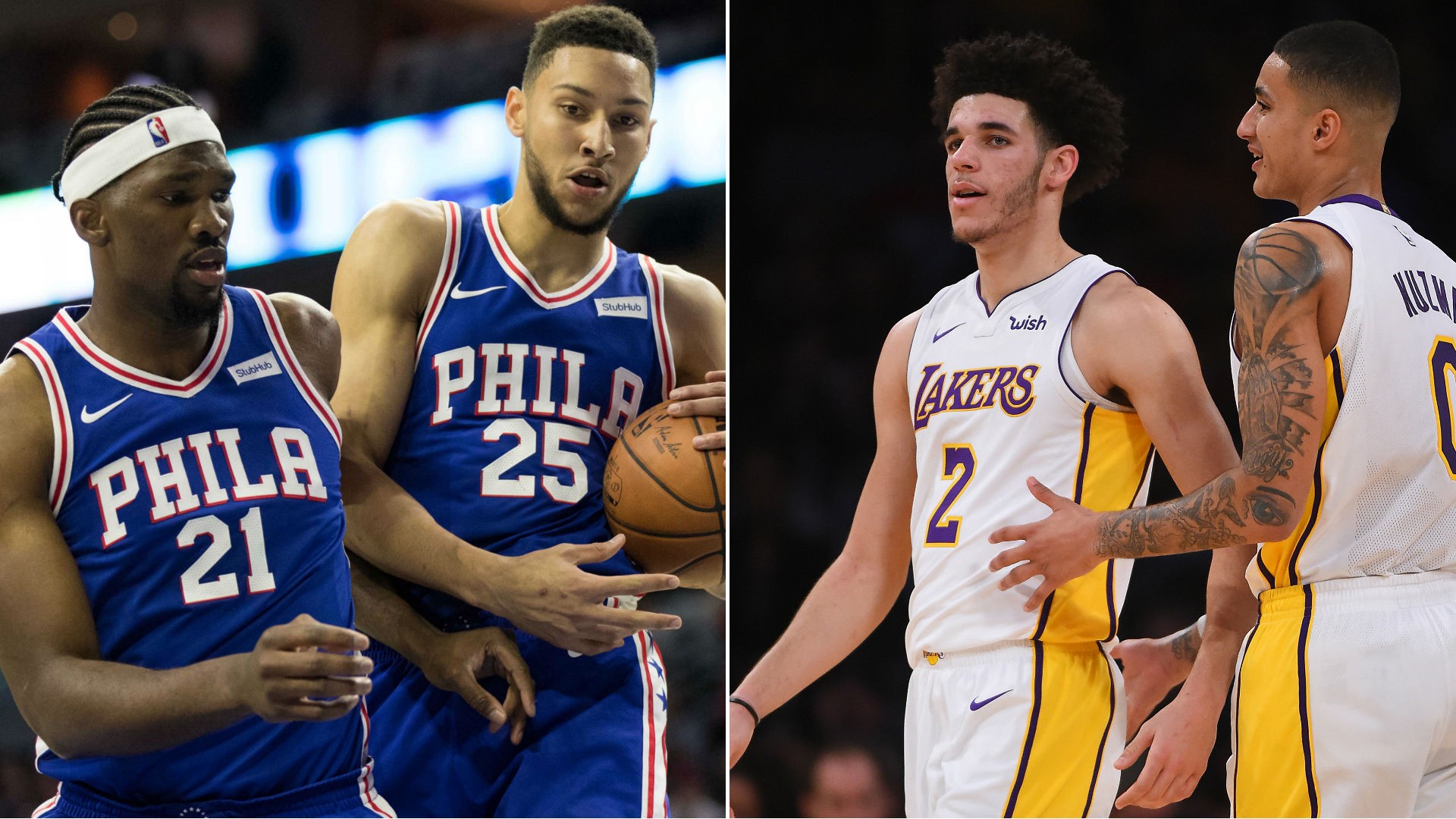 Even their teams have very different paths. Kuzma’s 11-19 Lakers are on the early stages of their rebuild Los Angeles lost Kobe Bryant to retirement two seasons ago, then picked D’Angelo Russell and Brandon Ingram successively. Russell was traded before the this year’s draft and the Lakers drafted Lonzo Ball with the 2nd overall pick. Ball was labeled by Lakers executive Magic Johnson as the new face of the franchise.

Simmons’ Sixers are currently reaping the rewards of ‘trusting the process’. Prior to their current five game losing skid, the 14-18 76ers were above .500 and battling for the 8th and final playoff spot in the Eastern Conference. The Sixers have rebuilt around center Joel Embiid, who is at his healthiest since turning pro. Simmons has been the Robin to Embiid’s Batman and together they have been an exciting and productive duo for the Sixers.

Simmons’ Sixers are expected to make a run for the playoffs while Kuzma’s Lakers are likely headed to another lottery season. Make no mistake, the Lakers are playing like they want to win now, but in terms of winnability, it’s Simmons’ Sixers who look like they are going to do better this season, much much better than the Lakers.

Rookie of The Year 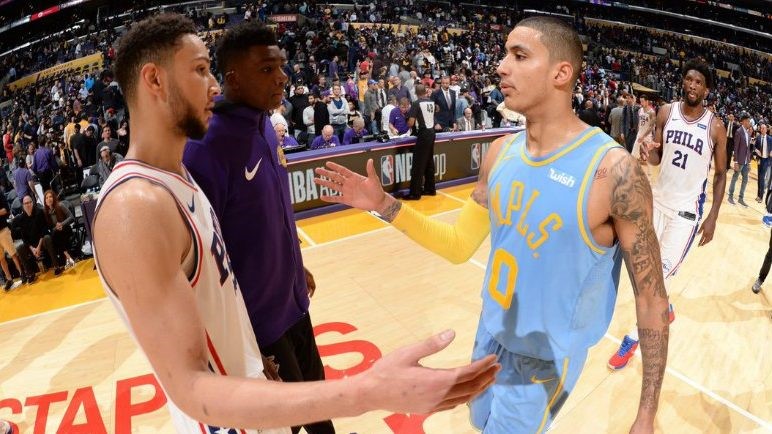 The Sixers rookie though is still the rookie leader in rebounds, assists and steals. If you compare their stats, Simmons has the more complete game than Kuzma. But in terms of scoring, including three point shooting, it’s Kuzma who has the better game. It’s interesting to note that both rookies have the same number of win shares at 2.5 each.

Simmons has the better defensive rating so far at 104 against 109 for Kuzma. On the other end though, Kuzma’s offensive rating of 114 is way much better than Simmons 104. As for the Rookie of the Year award. But don’t count out Tatum and Mitchell yet. We still have more than half a season left so anything can still happen. With the way things are looking right now, it’s either Ben Simmons or Kyle Kuzma.