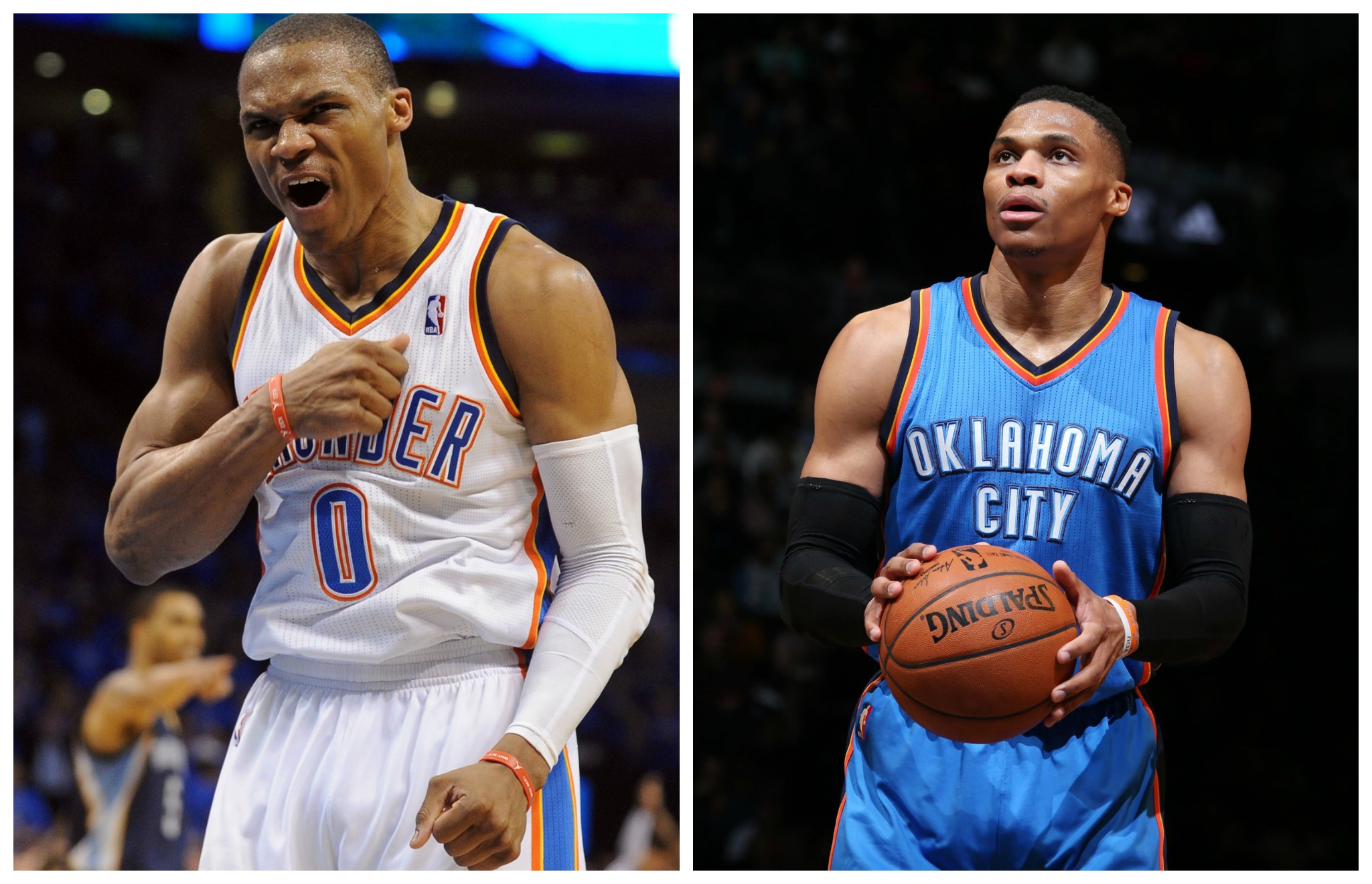 Anxiety continues to build up in Oklahoma City as 2017 NBA MVP Russell Westbrook hasn’t officially replied to the Thunder’s five year $207M contract extension offer that has been on the table since last month. The deal would give Westbrook the richest contract in NBA history, bigger than the $201M Stephen Curry signed earlier this summer.

The Thunder won’t be losing Westbrook if he doesn’t sign the contract on or before its deadline of October 16, 2017. But some OKC fans are beginning to worry because just last summer, Westbrook declared that there’s nowhere else he’d rather be than Oklahoma City.

So if Westbrook wants to stay with OKC, then why not sign the richest contract in NBA history?

But when Westbrook signed that deal, he didn’t realize that the new Designated Player Veteran Extension was coming. So when the DPE was added to the NBA’s collective bargaining agreement last July, Westbrook ( and James Harden ) was made eligible to avail of it via retroactivity.

Harden signed his mega-extension with the Rockets last month. So did John Wall of the Wizards and Curry as we mentioned earlier. But while his peers have immediately put pen to paper to their ‘super max’ contracts, Russell Westbrook has not. And he may not be in a hurry to do so.

Whether Westbrook signs the deal or not, he will still be eligible to make the same amount of money per annum when he hits free agency next season ( if he re-signs with the Thunder ). That’s because he will still hit the 10-year threshold for the deal. The difference between signing now and signing next year is that Westbrook will have flexibility next summer.

If Russ signs now, the super max deal is going to be for five years with a player option on year five. If he chooses to do so next summer as a free agent, he could sign a shorter deal if so he desires. The difference between the two is that the former locks Westbrook until he is 34 while the latter will make him eligible from free agency at age 31 or 32.

At age 28, Westbrook isn’t even in his athletic peak. With his limitless talents, Westbrook can sign a more lucrative deal at age 31 or 32. At age 34 though, he may not be as valuable, given the wear and tear his body will have by then. So what Westbrook may be doing is he wants one more big contract after this, a bigger one perhaps. To get that, he must be free during his peak- at 31 or 32.

But then it may not be about the contracts or the money. Sure, Westbrook has committed to Oklahoma City and OKC has returned the favor by trading for Paul George earlier this summer. But then we all know that Paul George may be just a one-year lease because the former Pacers’ star has long been linked to a Los Angeles homecoming. Although George has said that winning is his priority, a homecoming is still always a possibility.

So if George does leave after the 2018 season, Westbrook will be left on his own once again. For a guy who has already won the highest individual award available in the NBA and who has broken into the history books with the most triple-doubles in a single season, the only thing left to accomplish would be to win an NBA title. Westbrook already knows he can’t do it alone. What more without Paul George?

The uncertainty of George must also play a factor in Westbrook’s mind. If he chooses to play out his contract, he will join an elite list of free agents led by LeBron James, Chris Paul, Paul George, Isaiah Thomas and DeMarcus Cousins. He could possibly join one or more of them in another super team should he pursue the NBA title like Kevin Durant did.

When Westbrook re-signed with the Thunder last summer, he gave the franchise a new direction moving forward. They moved on quickly from Kevin Durant but are now facing yet another nervous offseason. The fans aren’t questioning Westbrook’s loyalty. They are wondering why he hasn’t signed the deal yet.

Sure, it may be the richest contract in NBA history. But we know how economics changes fast in the league. But if Westbrook’s intention is to maximize his earning potential, he has not let the Thunder know that this is the reason why he hasn’t signed the deal. GM Sam Presti isn’t worried though, at least not yet. But you’ve got to believe he must be on the edge of his seat right now just like any other OKC fan.

We’ve seen Durant leave abruptly in the past. We saw Chris Paul just bolt out of L.A. and Kyrie abandon ship at Cleveland. The possibilities are there. And Russell Westbrook is a red hot commodity. Sure, he gave his word to the Thunder. But with the way superstar players moved this summer, who knows what’s going to happen next.