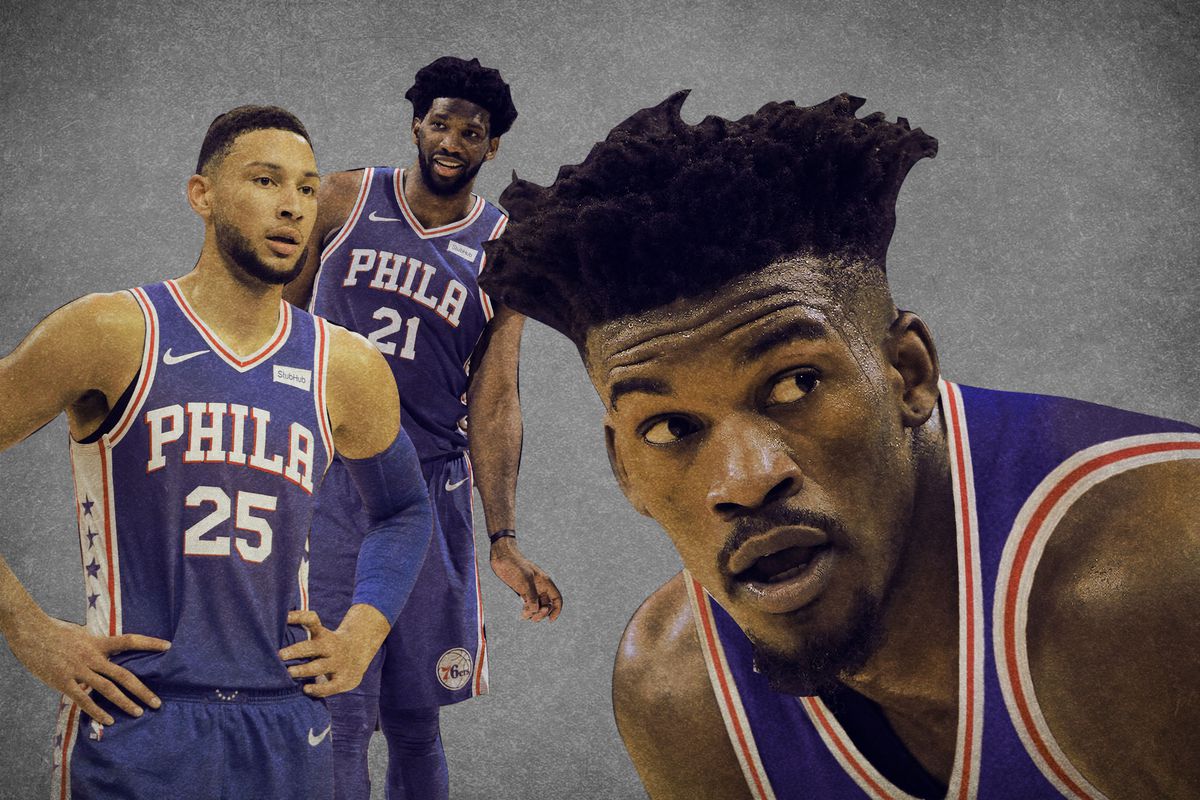 It’s a good time to be a Philadelphia 76ers fan. Joel Embiid is at his healthiest and Ben Simmons continues to develop into a complete player. Markelle Fultz is showing signs of being the #1 pick that he was. J.J. Redick is having the best scoring season of his career. And now, Jimmy Butler has become a Sixer.

After all the drama in Minnesota, the Timberwolves finally agreed to trade disgruntled superstar Jimmy Butler to the Philadelphia 76ers. The Sixers will be sending Dario Saric, Robert Covington and a 2022 second round draft pick to Minnesota in exchange for Butler and former Creighton star center Justin Patton. According to reports, both teams will call in the trade with the league office on Monday to finalize the deal with the players completing their physical exams later in the day. Butler is expected to make his Sixers debut on the road against the Orlando Magic on Wednesday.

Butler Headed To The East

Citing league sources close to Philly, the ESPN’s Adrian Wojnarowski reported that Butler and the Sixers have every intention to sign a long term deal. The deal would not happen though until the end of the current NBA season when Butler will be eligible to opt out of his existing contract. Once Butler has opted out of his current deal, the Sixers would then be able to offer him a maximum five year contract worth $190M while other teams would only be able to dangle a four year contract worth $110M.

According to reports, Timberwolves President and head coach Tom Thibodeau made the decision to trade Butler to the Sixers on Friday. The deal had ownership level supervision with Philadelphia’s Josh Harris and Minnesota’s Glen Taylor working closely with their front offices. Thibodeau worked on the deal with Wolves’ GM Scott Layden and Sixers’ new GM Elton Brand sitting at the discussion table.

Thibodeau pushed for the trade after the Wolves lost their fifth straight game on Friday night, dropping a 110-114 contest to the Los Angeles Lakers. The former Chicago Bulls bench tactician decided that the team could no longer move forward and function with Butler as part of it. The trade fulfilled one of the most important factors the Wolves wanted to consider: to trade Butler to an Eastern Conference team.

When Butler first demanded for a trade, it was Thibodeau who pleaded with him to stay and it was also Thibs who asked T-Wolves’ owner Glen Taylor to let the team play out the situation, hoping that Butler would change his mind. But when it was clear that Jimmy Buckets wasn’t going to change his mind about his desire to leave the team, Thibodeau immediately worked the lines with prospective suitors.

Butler was initially rumored to be headed to Miami. But after a couple of talks, the teams could not agree to a deal. The Wolves though opened their season a decent 5-4 and some thought that Butler could end up having a change of heart. But when he started missing games due to personal decision, the Wolves became dysfunctional and started losing one game after another, Thibodeau finally decided it was time to let his star player go. 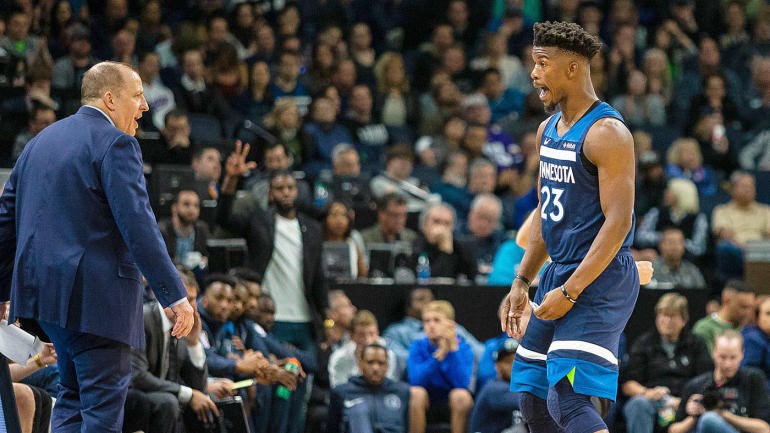 It can be recalled that it was Thibs himself who brought Jimmy Butler to Minnesota as he formerly coached the all-star guard when he was still a bench tactician for the Chicago Bulls. When Thibodeau assumed his current role in Minnesota, he believed that the key to his team’s success would be to add an established superstar to pair with his ultra talented pair of former #1 draft picks in Karl Anthony Towns and Andrew Wiggins.

When Butler and the Bulls mutually agreed that their future wasn’t with each other, Thibodeau pulled the trigger on a trade and sent Minnesota lottery picks and starters Zach LaVine and Kris Dunn to the Bulls to grab Butler. Butler was as expected for the Wolves last season. He led the Wolves to their first playoff appearance since Kevin Garnett lead the team to the postseason in 2004.

But Butler got frustrated with the performance and efforts of his young superstar teammates especially during the playoffs so he asked to be traded last summer. Thibodeau did his best to keep Butler and help patch things up. But the Jimmy Butler era in Minnesota wasn’t meant to be. It was short-lived. Now Butler is on his third team in the last three seasons.

As for the Sixers, adding Jimmy Butler has a similar effect to what Jimmy Buckets brought when he first came to Minnesota. Philly has a similarly talented young one-two punch in All-Star center Joel Embiid and 2018 Rookie of the Year Ben Simmons. Despite their talent though, the Sixers could not build on their second round playoff run last season. Philly was one of the favorites to win the Eastern Conference this year but they have sputtered to a middling 7-6 start when the trade was announced. The Sixers lost to the Memphis Grizzlies on Saturday but gladly took one loss for a long term gain.

Excited To Have Butler

Embiid and Wiggins were college teammates at the University of Kansas. Wiggins’ knows first hand what Butler can do on both ends of the team to help the Sixers win. With Butler’s defensive tenacity, scoring prowess and leadership traits, he could very well be the player that completes the “Process” in Philadelphia, a city that has tasted little to no NBA basketball success for quite some time now.

“Between me, [Joel Embiid] and Jimmy, we all have that similar mindset of we hate losing, that pisses us off and we want to win," Simmons said. "A guy like him who can come in, score the ball, veteran leadership, experience -- he's going to fit in here. Our culture is winning, playing together as a team and playing hard. I think he's going to bring that."

However, Simmons also talked about losing two of their key players in order to get a player of Jimmy Butler’s caliber. Added Simmons:

“There’s a sad side to it. But obviously, there’s a business side and whatever the front office decides to help us win, whatever they want to add. We are open to Jimmy and can’t wait for him to get here. I’m excited to play with him.”

The Downside Of The Trade 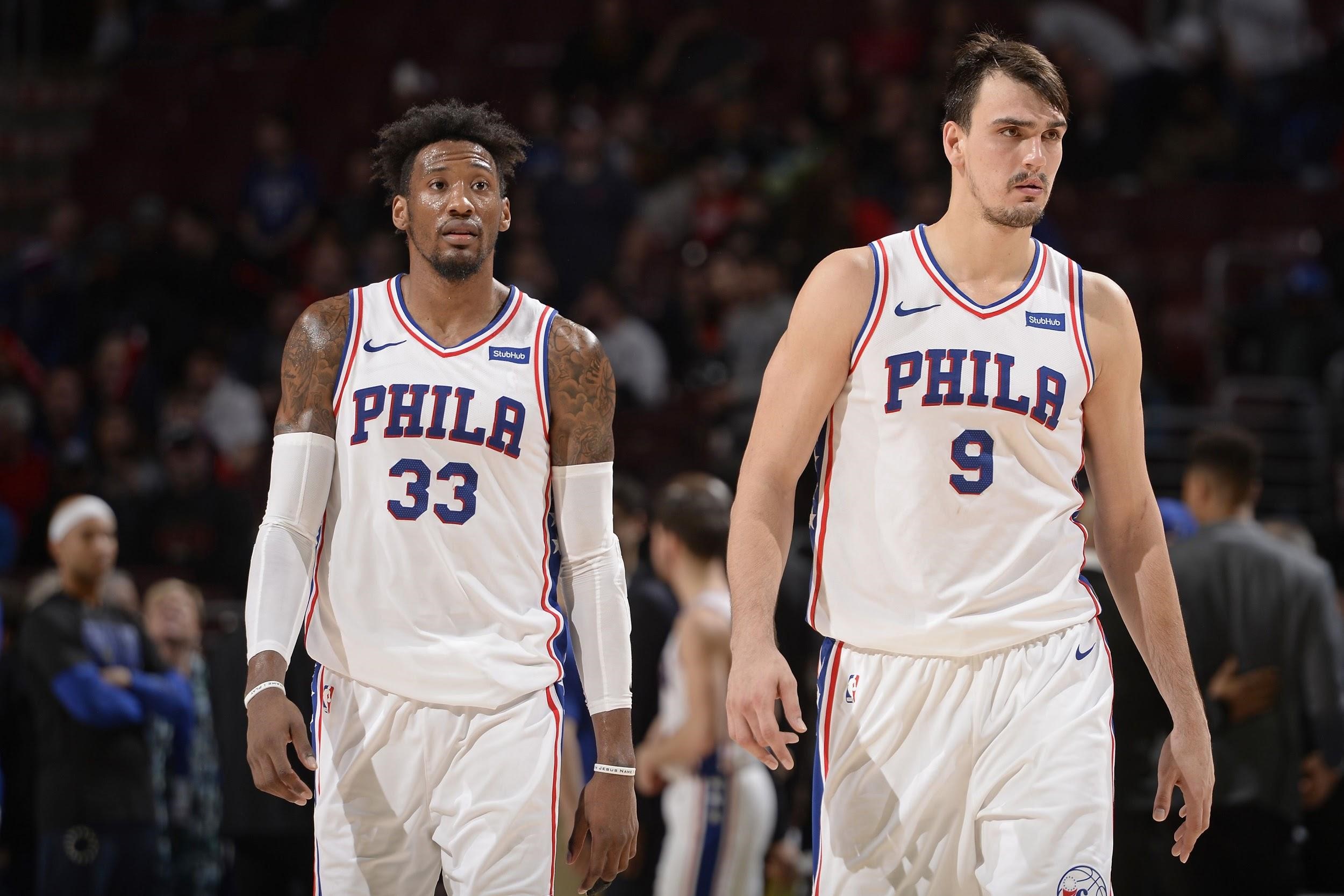 Embiid agreed, noting that Saric and Covington weren’t just key players on the team, they were their teammates as well. Embiid even considered Saric a part of their integral unit, even creating a monicker of FEDS for Fultz, Embiid, Dario (Saric) and Simmons last season. But the “D” will no longer be there to complete the process. Said Embiid:

"I miss Dario and [Covington]," said Embiid. "They gave us a lot the past couple of years. I felt like we were starting to play really well together and figure it out. Dario was finding himself again, and Cov is first-team all-defense, doing his job and knocking down shots. I felt like we were starting to like really figure it out and play well together. But it's a business. Gotta move on. Love those guys. Wish them luck. I miss them, I love them. Gotta keep in touch with them."

Missing teammates is the downside of a trade. But on the other hand, it may be the spark that these young team needs to take their game to the next level. While Embiid talked about missing Saric and Covington, he was also excited to talk about what Jimmy Butler is going to bring the 76ers. Said Embiid:

“I think he’s going to help us a lot offensively and especially defensively," said Embiid. "With the type of system we play, we like to move the ball. The ball goes through everybody’s hands, so I don’t think bringing someone else will take the ball out of my hands or Ben's hands. We are going to figure it out. I’m sure he’s coming in here willing to fit in.”

"I’m excited to see where he takes us, and how much better we are going to look. It’s not going to affect my game. I know how to play,” Simmons said. “I know what I’m good at. I know what I can do on the floor, him coming in helps us, and having another scorer on the floor, and another vet who will play the game the right way.”

Bringing in a talent like Jimmy Butler is an obvious upgrade for the Sixers. In fact, it makes them serious title contenders, at least on paper. With Butler’s addition, the Sixers’ odds to win the Eastern Conference, as well as the NBA title have shot up. There is no questioning Jimmy Butler’s ability to play basketball. He has always been one of the best two way players around the league. There is no questioning his leadership because he leads by example inside the basketball court.

However, the Sixers have to be a little worried on Butler’s personality and his motives. He didn’t last long in Chicago. He had a short stint in Minnesota. And now he enters Philadelphia who already has two big egos in Embiid and Simmons. Again, no question on his ability to mesh his skillset with his teammates’. But can his personality fit with the Sixers, especially Embiid?

Embiid and Simmons are correct that the only thing Jimmy Butler wants to do is win. But what if the Sixers don’t win right away with him? Butler left Minnesota because he became frustrated with his young superstar teammates. He is going into almost the exact situation in Philadelphia. But will it end differently this time around? We’ll see if Jimmy Butler does indeed complete Sam Hinkie’s “Process”.