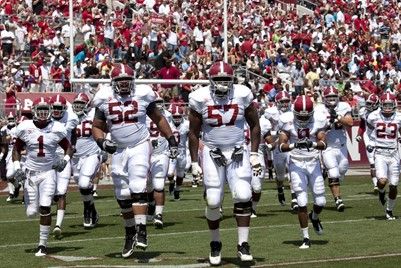 So, who’s made it into our NFL Hall of Fame?

Every single thing about American Football is big. The players are huge but can still put in turns of speed that professional sprinters would envy, the crowds are massive with an average of 66,000 per game, and the money involved is unbelievable – the average franchise value is just over $3 billion.

Then there’s the Superbowl. Over 100 million viewers in the US tune in each February to witness the mighty clash and advertisers are willing to pay upwards of $5.5 million for a 30 second spot.

And now there’s also sports betting to add to the equation. Since the Supreme Court ruling in 2018, billions of dollars have been spent on sports betting in several states across the US including Pennsylvania, New Jersey and Delaware. Most of these bets were placed on major NFL games including the mighty Superbowl.

So, with stats like these, a player got to be pretty good to make it into anyone’s list of all-time greats.

That’s why all six of the players we’ve chosen here have been simply outstanding throughout their illustrious careers. Of course, no list is ever 100% definitive, but we believe that ours will take some beating.

When Tom Brady took the Tampa Bay Buccaneers to this year’s unexpected victory against the Kansas City Chiefs in Superbowl LV he did more than just delight the home fans. He achieved the incredible feat of being on the winning team no less than five times in his career.

Of those, in four of them he proved his outstanding capabilities by being named Most Valued Player, an award he has also won twice for the whole NFL. And, most impressive of all, in a sport where playing careers are short and intense, he’s a true veteran who’s playing better than ever at the grand old age of 43.

Over a career that spanned almost 20 seasons Rice’s services were appreciated by the 49ers, the Raiders, the Seahawks and, latterly, the Broncos. But what this record doesn’t tell you is what made him one of the greatest wide receivers of all time – his work ethic.

But that’s what you need when you’re going to post career stats like he did with 197 touchdowns, 1,549 receptions and 22,895 receiving yards. So, it’s fair to say that his performances have outstripped his nearest rival, Larry Fitzgerald, by a considerable margin.

And, along with the next player in the list, he helped to make the 49ers the team that opponents simply didn’t want to face.

Between 1979 and his eventual retirement in 1994, Joe Montana developed a fearsome reputation as one of the very best quarterbacks the NFL had ever seen. From the player he became, it seems almost inconceivable that over 80 other players were chosen ahead of him in the ’79 draft.

But it would have been a different story if the 49ers had realised that here was a player who would go on to win four Superbowls. The most memorable of these was Superbowl XXIII when the team was 13-16 down with three minutes left on the clock. Joining forces with Jerry Rice, their combined play seized victory from the jaws of defeat and secured both of their legendary reputations.

This is the man who shone for the Cleveland Browns from 1957 through to 1965 before going on to build a successful Hollywood career for himself, including a key role as coach Montezuma Monroe in Any Given Sunday.

At a time when players were generally smaller than today, at 6’2” and 230 pounds Brown presented a formidable figure to his opponents, speeding past many on his way to achieve a record that stands today of an average 104.3 yards per game.

In his nine full seasons in Cleveland he won eight rushing titles and, while many of his records have been beaten today, it’s worth remembering that back in those times teams played a maximum of 14 games per season.

Even though his career with the Chicago Bears came to an end in 1987, it wasn’t until 1993 that Payton was finally inducted into the Pro Football Hall of Fame – too long a delay for many fans.

His playing style was perfectly described by the title of his biography published after his tragically premature death at the age of 45 from a rare kind of liver cancer. Never Die Easy was his motto on the field and off as he always tried to inflict at least a little damage on any opponent who was insolent enough to try and tackle him.

Despite his very physical style of play, he only missed one match through injury throughout his 13 years at the highest level of the sport.

Let’s round things up with a player who may not have had the greatest Superbowl record with two wins and two losses to his name, but more than made up for it with some incredible career stats.

Over the 17 seasons he was in action between 1998 and 2015 for the Indianapolis Colts and the Denver Broncos he notched up 539 touchdown passes and holds the runner-up spot for most passing yards in NFL history at 71,940. His best ever year in this respect was 2013 when he created a record that is yet to be broken – 5,477 yards in a single season.

Of course, all records are set to be shattered so in a season’s time other players may well have broken through to make it into our top six. But, for now, here’s the half dozen that we believe simply can’t be bettered.