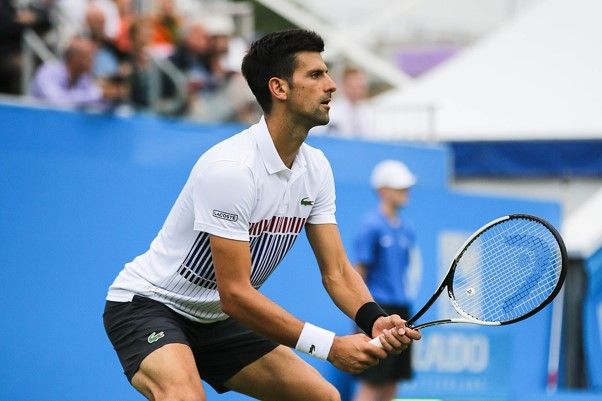 Sports Betting: Where to Aim Your Money As Big Competitions Resume In Autumn

After a summer where we didn’t get to see The Olympics, Euro 2020, Wimbledon or The Open, fans will be glad to see various sports competitions resuming across the globe. In fact, it seems we won’t be able to pause for breath as elite competitions like the NFL, Premier League and Champions League start up again. But due to the postponements over the spring and summer, we actually end up with a stacked schedule over the coming months, with some big events rearranged to be played in the autumn.

As for sports bettors, many will have been holding back their wagers for when the action resumes. But it can be difficult because many of the old precedents on which to base their strategies might not apply. For example, the US Masters(see below) is usually played in the beautiful Georgia spring sunshine of April, and it will now be played in the less clement conditions of November. Still, there is always some value to be found if you look for it.

Below we are going to pick out some value bets for the feast of sport on the horizon, mainly focusing on those events that were postponed from spring/summer and rearranged for the autumn.

The solution to betting on the French Open for the last decade and a half has been quite simple: Back Rafael Nadal, then, more often than not, you go to collect your winnings at the end of the tournament. However, the 12-time champion has skipped large parts of the restarted season, missing the US Open. He still remains the favourite, but we’d prefer to take the 888sport odds of 5/2 that world number one Novak Djokovic takes his second title at Roland Garros. Djokovic has had more court time than Nadal, allowing for better preparation, and he’ll be looking to make up for his disastrous exit from the US Open.

The Six Nations was almost wrapped up in the spring, but there are a few games remaining to complete the tournament. England sit on top of the table at the moment, and they will stay there after playing Italy in the final game. It’s just 2/7 for England to win the Six Nations Championship, but it would be a massive shock if they didn’t. Ireland (7/2) have a puncher’s chance if they beat both France and Italy, but it’s a very slight one.

The Champions League gets underway about a month later than usual, and many punters could see Bayern Munich once again stamp their authority all over the competition. They join Manchester City as the 4/1 favourites to lift the trophy next May in Istanbul. However, we see the value in backing Liverpool. The Reds should still be considered the best team in world football, and we like the 7/1 offered for them to lift the trophy once again at the Ataturk Stadium – the scene of one of their greatest triumphs, 2005’s Miracle of Istanbul.

Wrapping up with a tournament that will feel most out of place in the calendar, the Masters. Normally the first Major of the year, it will be the last, coming at the end of a strange season where several players have occupied the world number one spot. Rory McIlroy is the favourite at 8/1, but our preference is for hard-hitting Bryson DeChambeau at 12/1. The American has revolutionised his game, substituting distance for accuracy. At times, it works; other times, it doesn’t. However, we believe the man dubbed “the mad scientist of golf” can adapt his game to Augusta and walk away with his first Major title this November.