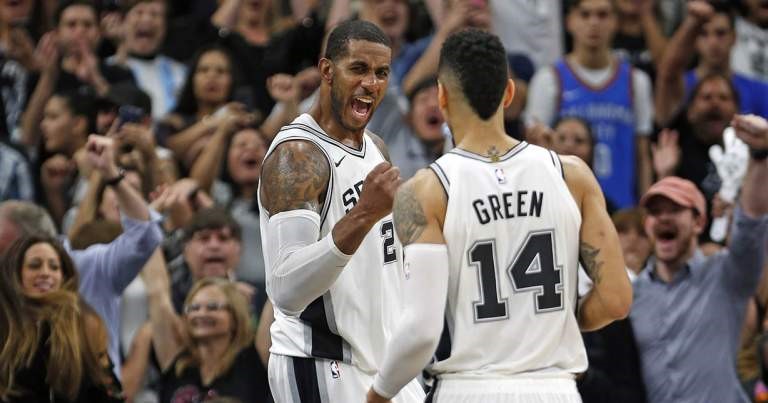 League observers were kind of surprised when the San Antonio Spurs gave LaMarcus Aldridge a three year contract extension worth $72M last October. That’s because Aldridge has struggled to look comfortable in the NBA’s most well-established system since coming over in 2015. 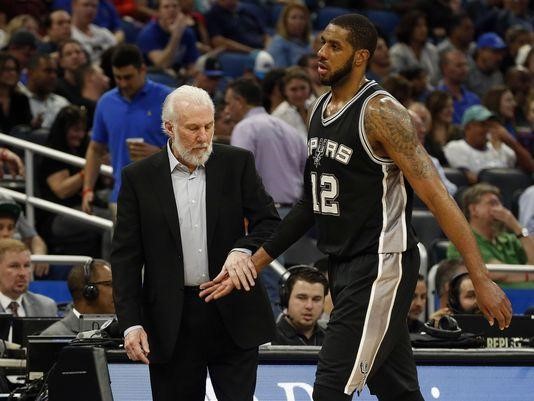 For two seasons, both have tried to make their marriage work but it remained on the rocks as rumblings persisted for over a year. It escalated last summer when Aldridge’s frustrations led the Spurs to explore trade options for the 2nd overall pick of the 2006 NBA Draft.

But after several heart to heart talks with Spurs head coach Gregg Popovich in the offseason, the issues were cleared. During one of those conversations, Popovich admitted that he tried to change Aldridge’s game, thus making him uncomfortable with the Spurs:

“I did talk with him several times over the summer. He just didn’t feel comfortable — and it was 98.75% on me. But I tried to change him. I thought back to when Timmy came and people asked me ‘What are you gonna do with Tim Duncan?’ I said nothing. I’m just gonna watch him for 6 months and see what he does. He’s a pretty good player. LaMarcus, he got here on day one. I said OK you’re gonna do this; you’re gonna do this pump fake — I tried to change him. I tried to make him a different player. I think that really affected his ability to feel comfortable and confident on the court. And we took care of that, basically by me, letting him know that were gonna do it differently and that it was on me, and not on him.”

With Aldridge and the Spurs on the same page, things have looked better at the early stages of the 2017-18 NBA season. 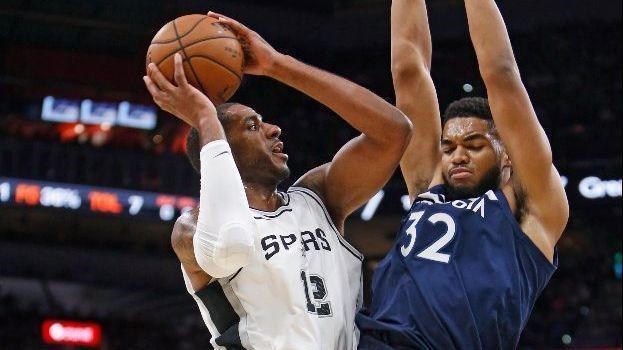 His Player Efficiency Rating of 24.73 is just outside the Top 10 at #12 in the entire NBA. Aldridge is also one of six players in the NBA who are averaging at least 21 points and 8 rebounds per game this season. The others are Giannis Antetokounmpo, DeMarcus Cousins, Anthony Davis, Joel Embiid and Russell Westbrook.

Because of Aldridge’s hot start, the Spurs have kept themselves afloat in the absence of Kawhi Leonard and Tony Parker. San Antonio has won seven of its last ten games and currently has a 12-7 record, third best in the Western Conference behind the Houston Rockets ( 15-4 ) and the Golden State Warriors ( 15-5 ). 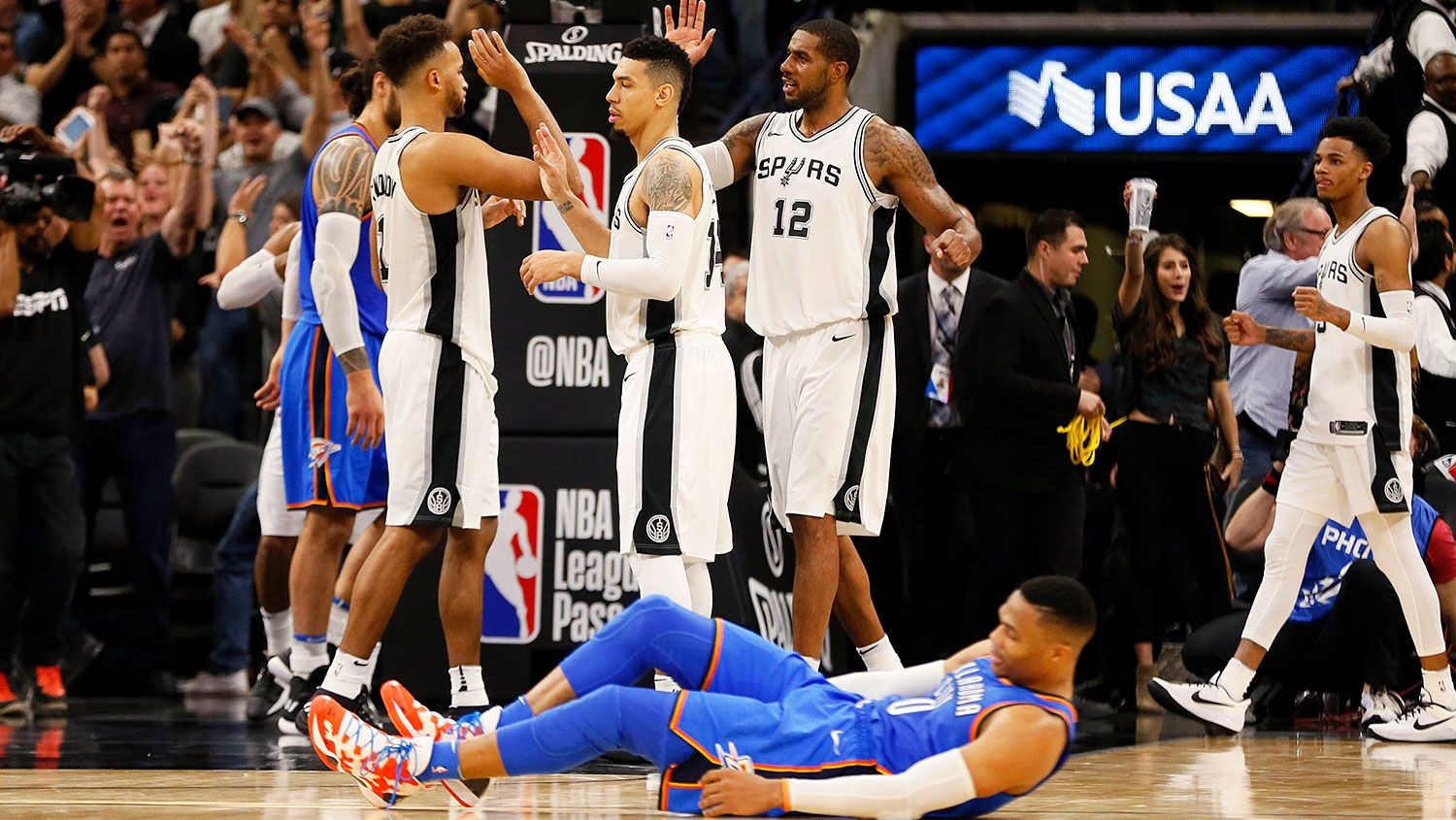 One of the main reasons why Aldridge is a 20-point scorer again this season is his renewed confidence. While he struggled to find his place in the Spurs offense the past two seasons, Aldridge has looked more like the LaMarcus Aldridge of old this season:

“I’m more confident….I’m myself…. I feel like I’m back to who I was before I came here.I feel like I’m getting different looks and I feel like I’m in the flow and I’m involved so I’m always feeling like I can make a read and take my shots. I feel like at first I was trying to fit in and trying what [Spurs Coach Gregg Popovich] wanted me to be so bad that I wasn’t being myself.”

The player he was before he came to San Antonio was a five time all-star and a four time member of the All-NBA teams. He was a 20 points scorer for five consecutive seasons before heading to San Antonio. Aldridge was one of the NBA’s best scoring big men. Now he’s beginning to look like one again. 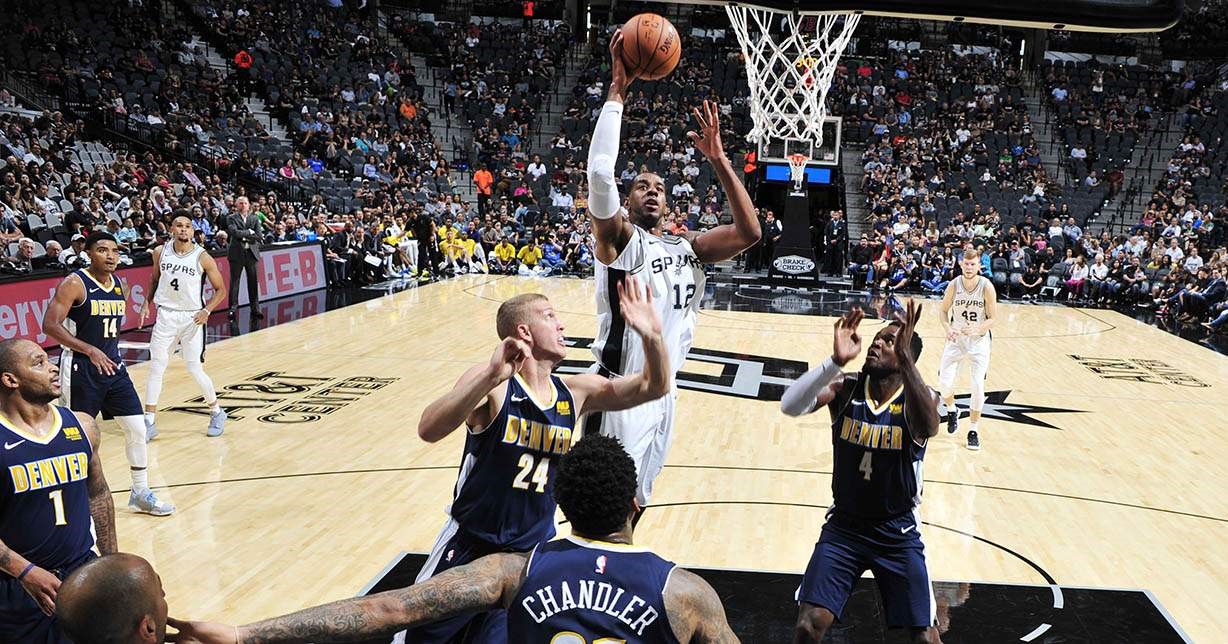 This was how it was supposed to be anyway. Aldridge was expected to be the Spurs’ #1 option when he arrived two years ago. At that time, Kawhi Leonard was primarily a defensive superstar but was just a complimentary offensive contributor. And then it happened.

Leonard burst into superstardom in 2016 and became one of the league’s best two way players. With Leonard becoming the Spurs’ new main man, Aldridge had to be relegated to second fiddle, a role he was unfamiliar with considering he was the top gun in Portland for nine seasons.

But playing second fiddle has never been the problem for LaMarcus Aldridge. He acknowledges Leonard as their main guy. The problem was how he adjusted to the Spurs’ system. With the way he’s playing this season and the plays that Popovich has given him, it looks like that problem is solved. Likewise, Aldridge has regained his confidence and is playing like his old self. And that’s what matters most really.