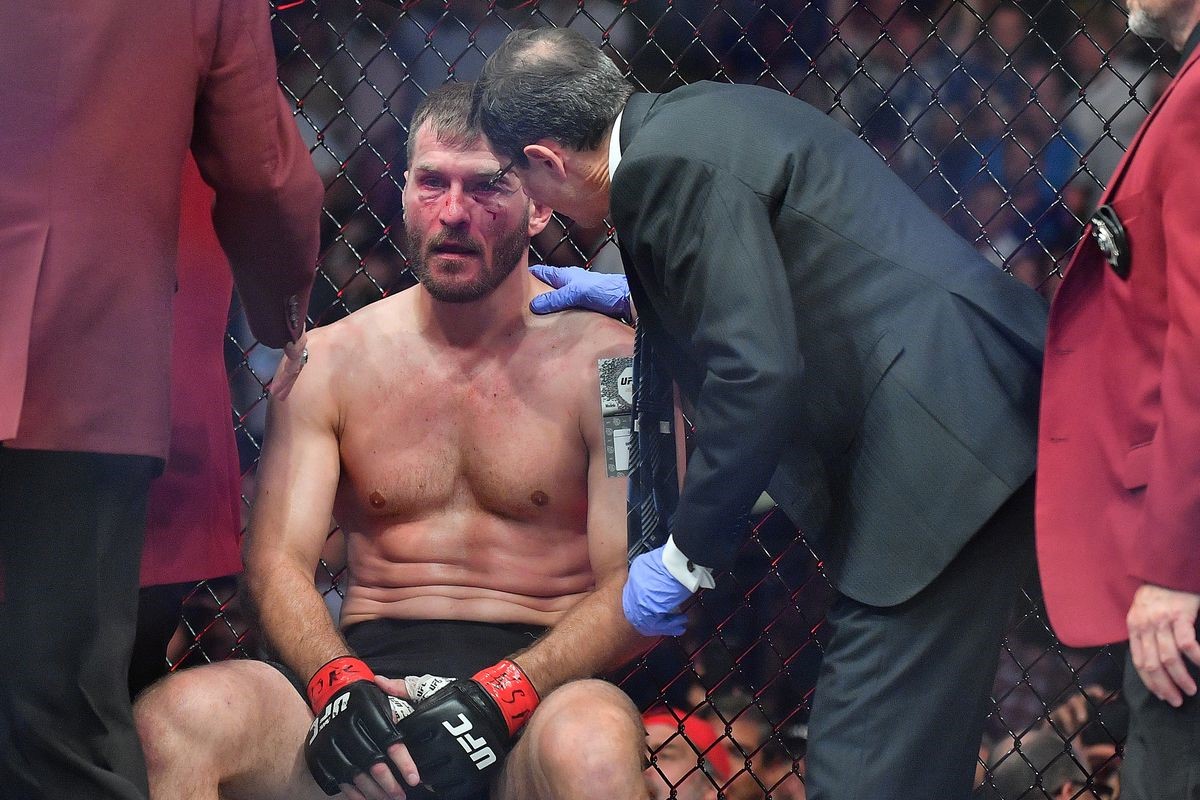 Daniel Cormier wants to fight Brock Lesnar next. Dana White says that the UFC is “definitely” making that fight. The betting lines have opened for that potential heavyweight showdown. Stipe Miocic, the man DC beat to win the UFC heavyweight belt, believes otherwise.

The Case of Brock Lesnar 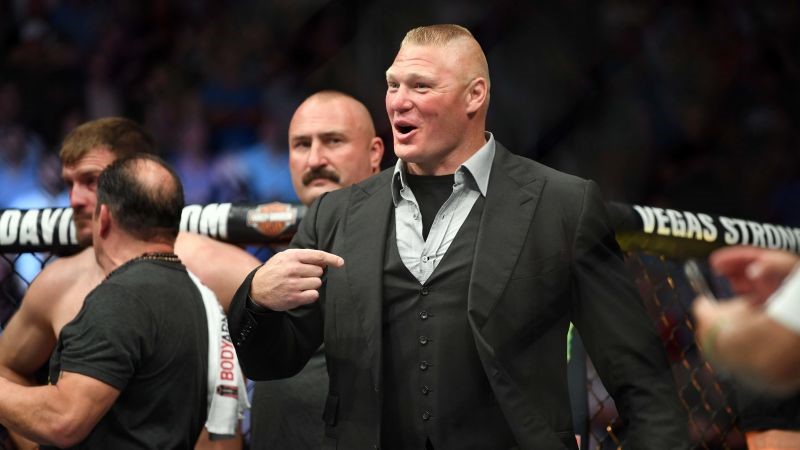 Speaking for the first time since his upset loss at UFC 226, Miocic took a shot at the UFC for allowing Lesnar to steal the scene at the post fight interviews. Speaking to ESPN’s Brett Okamoto, the former UFC heavyweight king also demanded for a “deserved” rematch.

"It was a s--- show and it was disrespectful," Said Miocic when asked about Lesnar's appearance at UFC 226. "I didn't think that was what the UFC was all about."

"I thought they were going to interview me [after the fight] and I was going to ask for a rematch. When Brock came in, I said, 'I'm out of here, I don't need this circus.' How can you give a guy a title shot who hasn't fought in over two years, is suspended, and his last fight is a no-contest because he was taking PEDs?"

Miocic has a valid argument. Lesnar last fought at UFC 200 in July 2016. Although he defeated Mark Hunt in that bout, the result was overturned to a no-contest after Lesnar failed a pair of drug tests administered before and on the night of the fight. That led to a USADA suspension and a fine of $250K.

Lesnar’s suspension was retroactive to the date of the fight hence he has been eligible to return since July 2017. But since he did not re-enter the UFC’s anti-doping program right away, he will have to wait for six months from his date of re-enrollment with the USADA. Lesnar only re-enrolled on July 9, 2018 or two days after creating a scene at UFC 226. That means that if he stays clean (which is a BIG IF), the UFC can book a Cormier vs Lesnar bout on January 8, 2019 at the earliest. 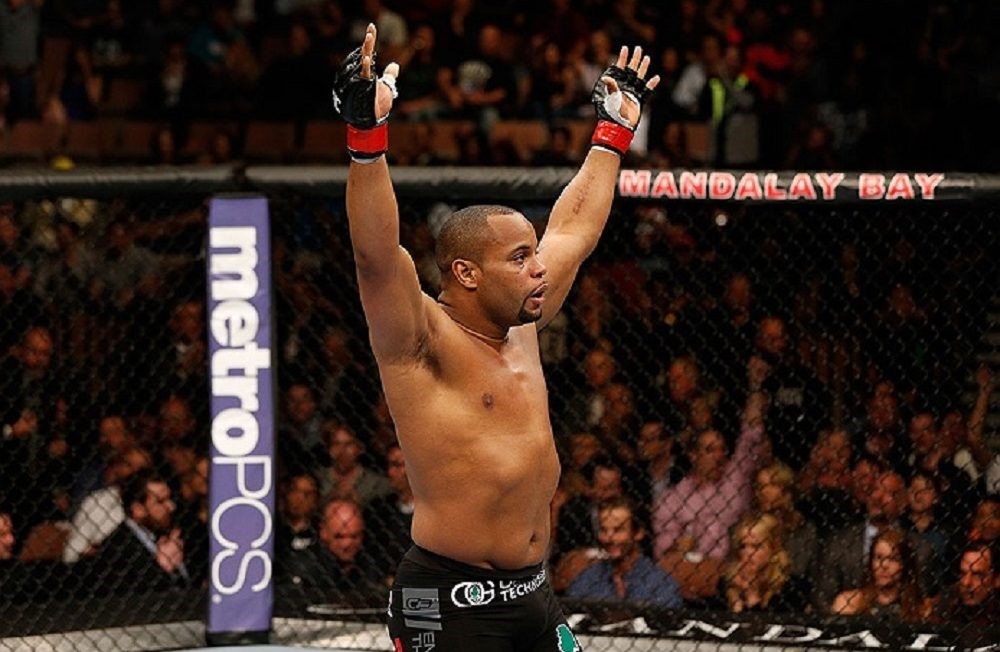 Daniel Cormier has stated that he isn’t keen on defending the heavyweight belt against anyone else except Lesnar, whom he considers a big money fight for him. Instead, Cormier has offered to defend his UFC light heavyweight championship title against former 205 pound champ Mauricio ‘Shogun’ Rua. Rua is currently the UFC’s 8th ranked light heavyweight.

Prior to beating Miocic, Cormier had talked about retiring next March. He also talked about fighting two more times at the most before hanging up his four ounce gloves. With the UFC pitching for a Lesnar showdown and Cormier eyeing a Shogun title defense in between, Miocic is the odd man out in the DC equation.

"I want a title shot. I deserve it," Miocic said. "[Lesnar] hasn't fought in how long? For him to get a title shot, as I get thrown to the side? It just seems like they are desperate for pay-per-views.
"I cleaned out the division. I defended it more than anyone, and you're gonna tell me I don't deserve a chance to get it back? Get out of here. Kiss my ass if you don't think I deserve that."

After knocking out Fabricio Werdum in Brazil at UFC 198, Miocic successfully defended the UFC heavyweight title three straight times, knocking out Alistair Overeem and Junior Dos Santos then beating up Francis Ngannou in a five round rout. Prior to Miocic, no other heavyweight champion in UFC history had successfully defended the belt more than twice. 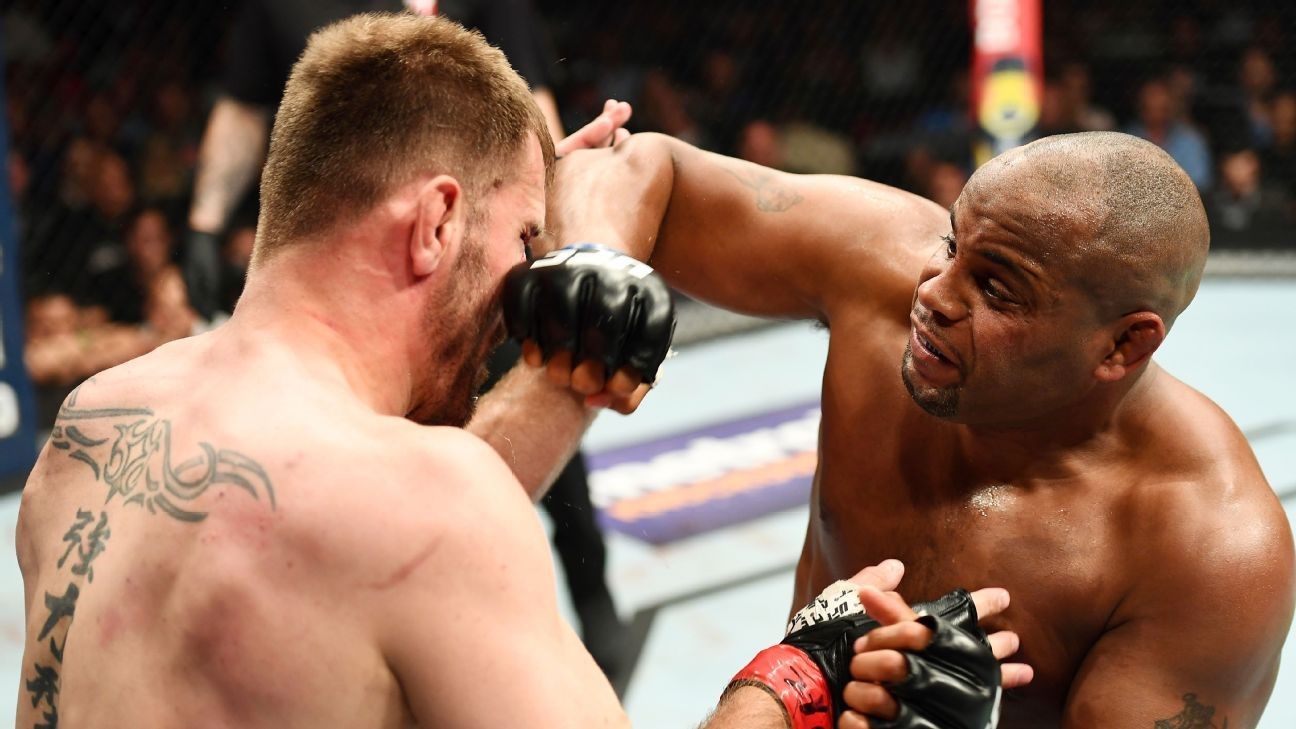 Any way you look at it, Miocic deserves an immediate rematch if we use the rankings as the basis for title shots and title fights. But unfortunately, that’s not how the UFC works. And while Miocic is correct that the UFC is desperate for PPV buys, that isn’t also the only reason why he isn’t going to get an immediate rematch. (although that is the main one).

No matter what happened in the first four minutes of his fight with Daniel Cormier, the bottom line is that Stipe Miocic got knocked out 33 seconds later. The fact that he lost the fight by KO does not sit well with the UFC and the fans as well. The UFC isn’t really a fan of giving instant rematches to fallen champions. Even Lesnar, the former PPV king himself, wasn’t given an immediate rematch after losing to Cain Velasquez by knockout despite defending the belt two times prior to that loss.

Lesnar wasn’t the only champion who didn’t get an immediate rematch from the UFC. Even the likes of Georges St. Pierre, Chuck Liddell, Matt Hughes, Matt Serra, Rampage Jackson, Rashad Evans, Lyoto Machida and Junior Dos Santos were made to fight their way back to title contention.

Although Miocic was firm in asserting that he won’t take another fight except a rematch with DC, he may have to follow in the footsteps of the other champions we mentioned earlier. In a perfect world, Miocic might have to beat either #3 Curtis Blaydes or #2 Derrick Lewis before he can get another crack at the belt, regardless of who’s champion by then.

Working His Way Back

Then there is also the option of fighting 6th ranked former champion Junior Dos Santos, who is coming off a big win at UFC Boise last weekend. Although Miocic knocked out Dos Santos at UFC 211, Cigano holds a five round unanimous decision win over Miocic at UFC on Fox 13 in 2014. A rubber match between the two would be a good idea. And because Dos Santos already called out Miocic after his win last weekend, that fight isn’t hard to to make. Well unless Miocic doesn’t want to fight JDS. That’s another story.

If Miocic insists on waiting for his rematch or title shot, he may be placed in the UFC freezer for a while. In a worst case scenario, he may even end up in a stalemate with his employers because Dana White is very keen on making the DC vs Brock bout. Should the Cormier vs Lesnar super fight happen though, there is a good chance that Miocic gets the next title shot, even if he doesn’t take a tune-up fight

If DC wins, and he stays true to his word, he retires on top of the mountain and leaves a championship void. Miocic should get one of the two slots if there is a fight for the vacant heavyweight title but would have no chance to avenge his defeat. If Lesnar wins (hoping he doesn’t), a showdown between him and Miocic wouldn’t be a bad idea at all. In fact, had Miocic went on to beat DC, that would probably be the fight we are talking about right now.

There is no shadow of a doubt that Stipe Miocic gets another title shot, with or without a tune-up fight. But the possibility of him figuring in the next UFC heavyweight title fight is slim to none. Sure, he has earned his stripes but that’s not how the UFC operates. It sucks from a fighter’s point of view. In fact, it’s a “S__T show” as Miocic calls it. But that’s why MMA (and boxing) is called prizefighting, not just a sport.