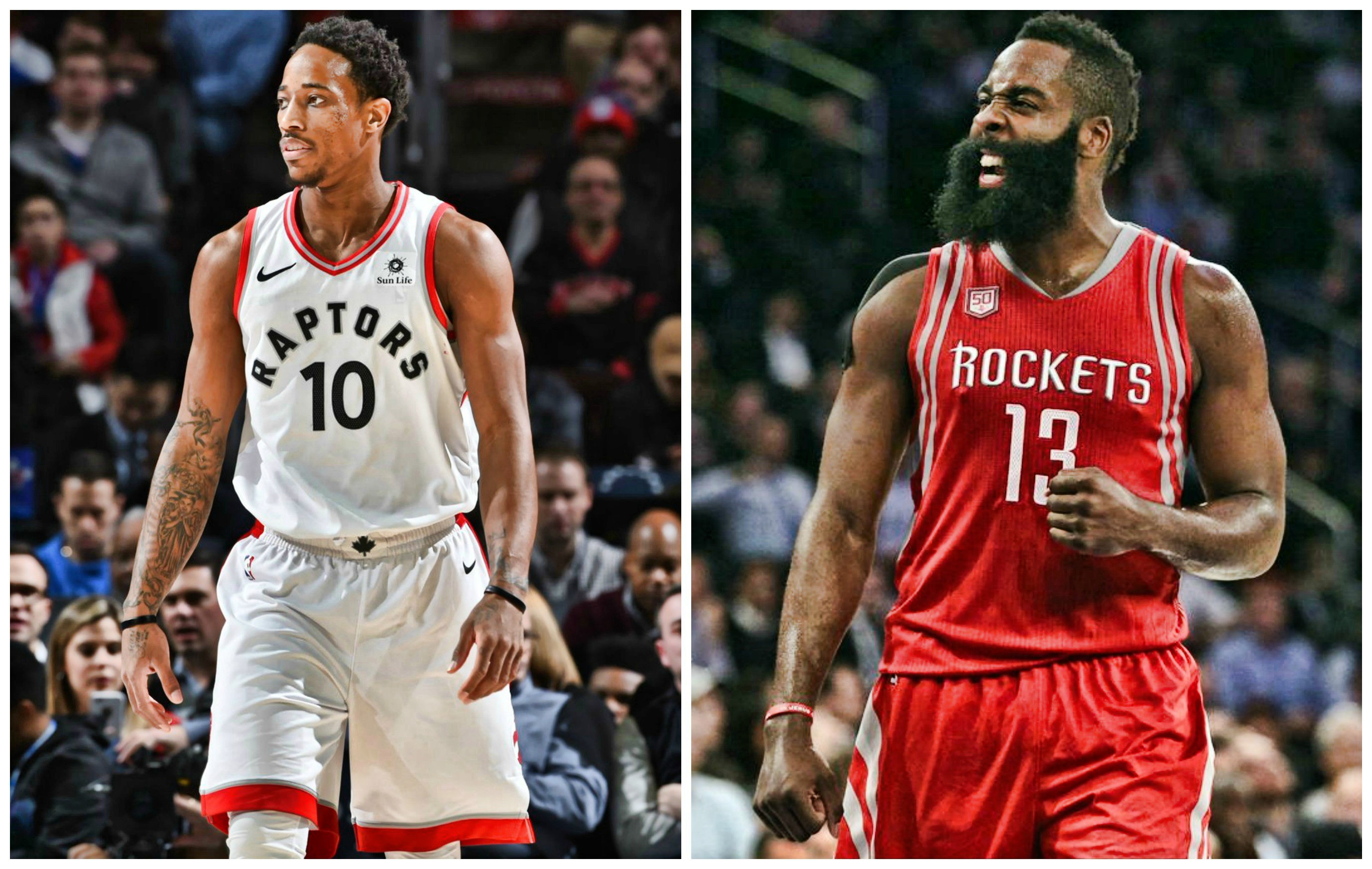 Surprise At The Top: Rockets and Raptors Lead The Way At The Break

With the season on a break after the All-Star break, let’s take a close look at the NBA’s surprise conference leaders and see if they have what it takes to end the regular season in top. Or are the favorites going to end up taking their thrones back as we sprint to the end of the regular season.

Here are questions and takeaways on the top two teams in each NBA conference:

Can The Rockets Live By The Three? 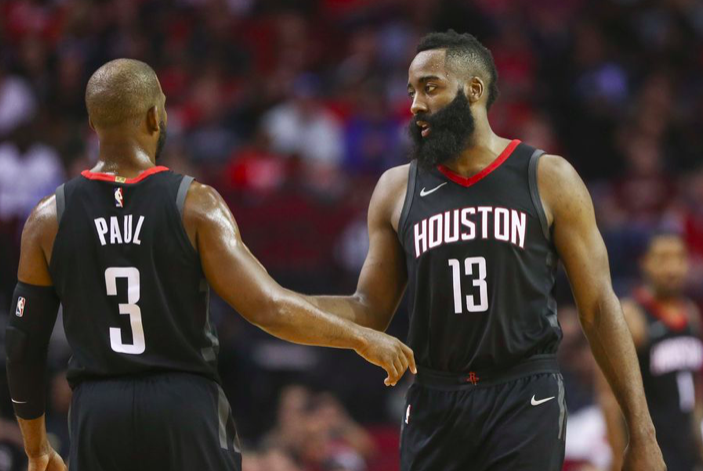 The Rockets hold a half game lead over the Warriors at the All-Star break but if they are to end the season with the league's best record, they will have to earn it. Sure, they have played exceptionally well this season but Houston had the benefit of an easy schedule ( based on opponents cumulative record ) before the break. Like a wheel, that is going to spin when play resumes on Friday.

13 of the Rockets' next 14 opponents are teams with records of .500 or over. 10 of those 14 games are on the road. Not saying that the Rockets aren't good enough to survive the next month or so holding on to the top sport, but it's one hell of a tough stretch for any team. But if say they do, then maybe it's really time to take Houston seriously.

The reliance on the outside shot is quite dangerous for any NBA team. You live by the three, you die by the three. But if the Golden State Warriors have ruled the NBA in the past four years with a three point led offense, why can't the Rockets do it?

Houston has even shored up its three point arsenal by adding Joe Johnson from free agency. But while Joe Jesus is a good addition, it will be interesting to see how Mike D'Antoni juggles his forward minutes especially with Trevor Ariza set to return from a hamstring injury.

During their current 10 game winning streak, D'Antoni has played P.J. Tucker and Luc Mbah A Moute at the forward spots, relegating Ryan Anderson to the bench. The result? Houston has outscored their opponents by 20 points per 100 possessions in the past 10 games. Will he stick with this line-up when Ariza returns? Where will Joe Johnson get his minutes and is he not going to disrupt the current flow?

Are The Raptors For Real? 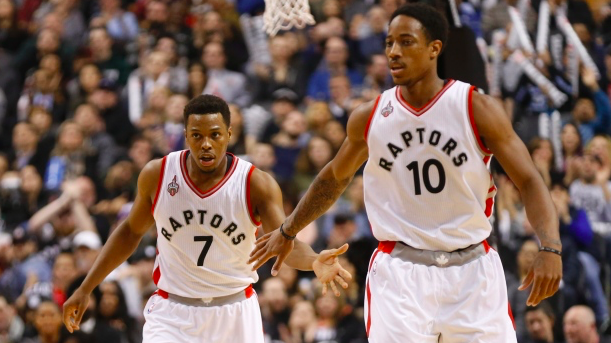 Just as the Rockets have surprised us by leading the West at the NBA's annual midseason festivities, the Toronto Raptors have grabbed the upper hand in the Eastern Conference at the All-Star break. Toronto is two games on top of the Boston Celtics who have led the East most of the way.

To say that the Raptors have been good during the 7 game winning streak is an understatement. Except for Toronto's three point victory over the Miami Heat on Tuesday, the closest margin of victory during the streak is 15. Considering that the Raptors led the Heat by 16 with less than five minutes to play, they have been dominant in their last seven games.

Toronto's rise this season has been attributed to an emphasis in ball movement and three point shooting. DeMar DeRozan's current 18.1 per 100 possessions assist rate is easily the best of his career. But a close look at the numbers show that they drop significantly as the game goes on - from 25.1 in the opening quarter to 6.8 in the final period.

The question now is does that ball still move late in games when it matters most? But we haven't seen DeRozan play late in games because as we said, Toronto has been dominant as of late. In fact, he and Kyle Lowry have played in just one fourth quarter in the past seven games ( against the Heat ). Whether the Raptors can continue to move the ball well, especially in close games, remains to be seen. For as long as they continue to win though, no one is going to notice.

The starters have been good ( + 12 per 100 possessions ) but their bench has been better. Toronto's bench unit is a +92 during their current seven game winning streak and that is what has made the Raptors dominating. Their five man bench unit has been a superb +31.1 per 100 possessions in its 172 minutes together, by far the best five man line-up in the NBA that has played at least 150 minutes together.

Have The Dubs Lost Their Defensive Edge?

The Warriors didn't make any moves at the trade deadline and it's not that they needed to because their current lineup is what won the title convincingly last season. So why fix something that ain't broke? Right, but it's not that this team doesn't have any weaknesses.

The Warriors offense has never been this good. In fact, their current offensive efficiency of 113.7 points per 100 possessions is the best ever in the history of the league. Defensively though, the Dubs aren’t as good. While their 103.7 point per 100 possessions is fifth best in the NBA this season, it's their worst during their four year brilliance.

That’s not it. Golden State’s most prominent small ball unit ( starting five less ZaZa plus Iggy ) has been a horrendous 111.6 points per 100 possessions. If we compare that to the rest of the league, that’s even worse than the Phoenix Suns, who are last in the NBA in defensive efficiency.

Come Friday, it will be interesting to see if the Dubs’ defense merely needed a break or if it isn't as good as it was anymore. That, coupled with how the Rockets juggle their loaded line-up and survive the next month should determine who gets top seed in the West.

Are The Celtics Just Having A Slump? 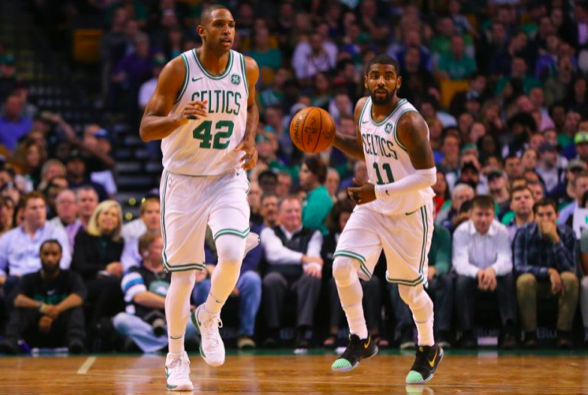 Out East, the final stretch will determine whether the Boston Celtics are just slumping or if this is the long term effect of losing potential top scorer Gordon Hayward to a season ending injury on opening night.

Despite having an elite scoring point guard an excellent playmaking big man, the Celtics have the sixth worst field goal percentage among 30 NBA teams. Since January 1st, only Phoenix has a worse true shooting percentage than the Celtics and according to Second Spectrum, they are 26th in shot quality. Now what would those numbers be with Gordon Hayward? Better at the very least.

To add to their woes, the Celtics gave up a combined 250 points to the Cleveland Cavaliers and the Los Angeles Clippers in their last two games before the break. That's not a good sign, not especially if you are the league’s top defensive team.

Boston was 6-9 in the month before the All-Star Break, the reason why the Raptors took,the driver’s seat out East. They hope to break out of the slump, if it's really just a slump, after some rest. But they will play 14 of their last 23 on the road. Now we know why Kyrie says he misses Gordon so much.