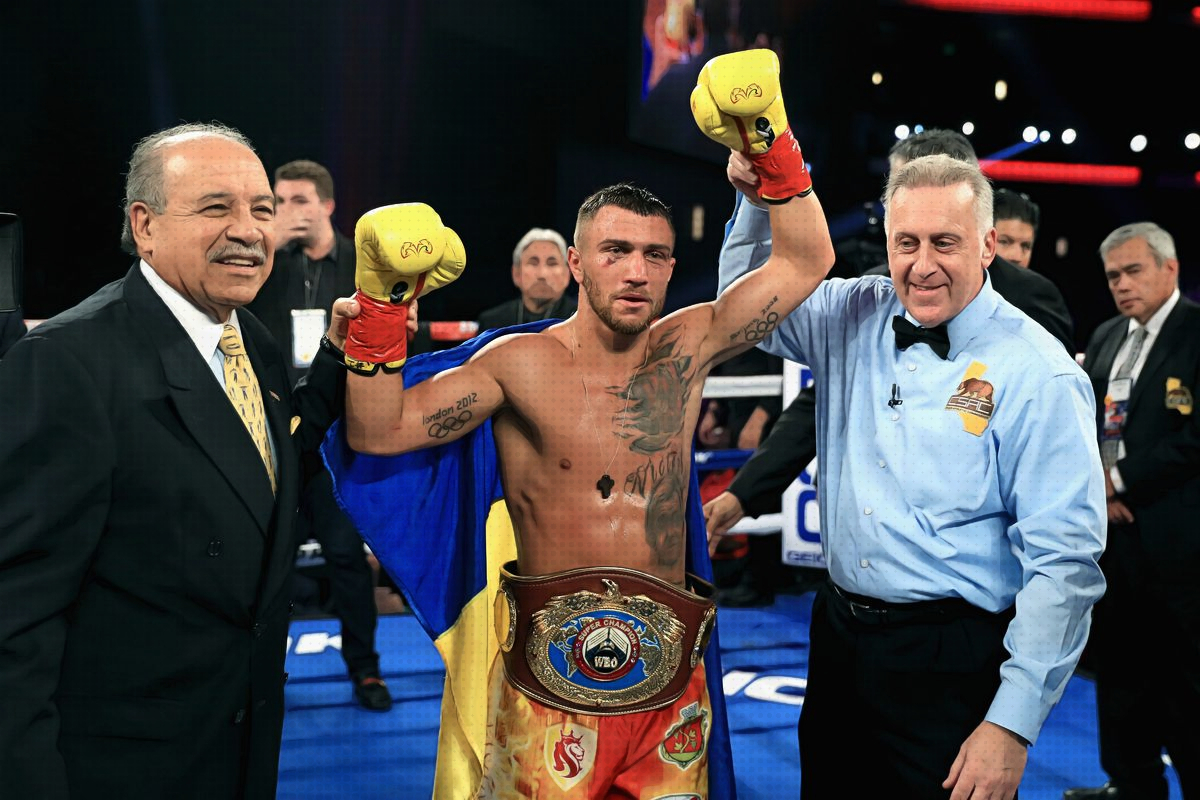 Vasyl Lomachenko stopped Jorge Linares in the 10th round of the WBA lightweight championship bout at the Madison Square Garden on Saturday night in a fight that was closer than what casual boxing fans thought it would be.

In a highly tactical affair, Lomachenko got up from a sixth round knockout to become the fastest fighter to win three different boxing weight classes. Lomachenko achieved the feat in 12 fights, 8 faster than the previous record of Jeff French, 22 fights faster than Floyd Mayweather Jr. and 29 bouts ahead of Manny Pacquiao’s pace.

What Happened In The Ring

Prior to the fight, Lomachenko was barely tested. He defeated Gary Russell Jr. rather easily to tie the record for the fewest number of fights ( 3 ) to win a world title. In his seventh bout, he knocked out Rocky Martinez to become the fastest to win two weight classes ( in 7 fights ). In his next four bouts, all his opponents didn’t have the answers and quit on their stools.

But Linares was a different animal and by far the best opponent Lomachenko has ever faced. For one, he was much bigger in size. For another, he was a champion in his peak, having won 13 in a row and going undefeated in the last five years. He had the fight IQ, skill set, technical expertise and power that Lomachenko possessed. Linares was a champion looking for a signature win. He wasn’t just going to say ‘No Mas’ anytime during the fight.

Lomachenko tried to impose his pedigree early in the fight and he won most of the early rounds. But instead of giving up under pressure, Linares fought back and gave Lomachenko the first knockdown of his professional boxing career. The knockdown gave him more confidence and while he was bloodied, his pace picked up and was winning the middle rounds when the knockout happened.

Had the bout ended before the knockout, the fight would have been a split draw. Judge Steve Weisfeld had Lomachenko ahead 86-84 while Judge Robin Taylor had the same score but in favor of Linares. Meanwhile, Judge Julie Lederman scored the bout an even 85-all before the stoppage.

What The Punch Stats Said

Looking at the punch stats, Jorge Linares wasn’t far behind 207 punches landed as compared to Lomachenko’s 213 although it was Lomachenko who was more accurate ar 34% versus 28%.

Linares knew what he was up against and he was ready. Lomachenko overwhelmed his previous opponents with his volume and accuracy so Linares stepped it up a notch. The Venezuelan Golden Boy threw 739 total punches, 112 more than Lomachenko. That’s an averaged of 73.9 punches thrown per rounds and according to ESPN Stats and Info, that’s 20 punches more than his average punches thrown per round.

Watching the fight on TV, El Nino de Oro’s size advantage was obvious. Linares had the natural edge in reach, size and power. So it was obvious that Linares went for the bigger punches throughout the contest. According to Compubox, Linares outlanded Lomachenko 139-101 in total power punches landed. However, it was Lomachenko who landed the biggest power punch of the night.

Because Linares went for the bigger shots, he didn’t use his four inch reach advantage to dictate the pace of the fight with his jab. The shorter Lomachenko used superior speed and quickness to outjab the longer Linares 112-68 in total jabs landed. Loma needed to land his jabs not only to set up his offense but to prevent Linares from landing his big bombs. The Ukrainian was successful in that department.

It was ironic to see Lomachenko end the fight with a body shot. That’s because coming to the fight, only 14% of his total punches connected were from body shots. On the other hand, 35% of Linares historical punches landed were to the body. It was 37.2% on Saturday and Linares outlanded Lomachenko 66-38 in total body shots landed. Unfortunately, it was Loma who landed the most meaningful body punch of the fight.

What We Know Now

Prior to the fight, Lomachenko said that he needed a true challenge so that he can showcase his entire arsenal. We knew Lomachenko was a once in a lifetime talent. Now we know that he is a real fighter too. For all the talk of his brilliance, he committed a mistake in Round 6 when he left himself wide open.

Linares looked like he was already taking a schooling when from out of nowhere, he landed a right hand flush to Lomachenko’s kisser. Loma dropped for the first time in his professional boxing career. But he got up, took his time to recover and then took over the fight again.

We know about his loss to Orlando Salido in his second fight. But Lomachenko faced more adversity in Linares than he’s ever faced before. Linares fought with more confidence after the knockdown and Lomachenko took a round to recover his bearings. But when he did, he closed out the show in spectacular fashion. That’s stuff the great ones are made of. You can’t be a great fighter without having to overcome adversity and come out better. Loma did against Linares.

As for Linares, there is nothing to be ashamed of. He gave Lomachenko more than he could handle. The odds were pretty much one-sided but he proved those are just numbers and betting money. When the time arrived, Linares came to fight and he gave a good account of himself.

What The Future Holds

However, it’s back to the drawing board for him. Linares said after the fight that he could have continued had the referee did not stop the fight. But it was obvious he was done after that liver shot. If he wanted to continue, he didn’t really show that because he didn’t protest the stoppage.

He asked for a rematch afterwards and Lomachenko said he was open to it. Obviously, the fans would be very much willing to watch another high quality boxing match between these two again. But it may be too premature to talk about a rematch at this point, especially with Bob Arum’s plans for Loma.

Lomachenko’s promoter is talking about a unification with WBO champion Ray Beltran. While Beltran may not have the technical skills and fight IQ of Jorge Linares, he possesses the brawler mentality that Orlando Salido has. Remember that Salido roughed up Lomachenko to upset him. Beltran is likely to going to do his best Orlando Salido impersonation if that fight is booked.

Beltran may not pose the same challenge as WBC champion Mikey Garcia. Mano y mano, Garcia poses the biggest threat to Lomachenko, perhaps even bigger than Linares was. But making a deal with Garcia could be very difficult because he had a messy split with Arum and Top Rank. And yes, Arum knows first hand that Garcia has a true ( and good ) chance of beating Lomachenko.

Check out the fight highlights from Lomachenko-Linares: