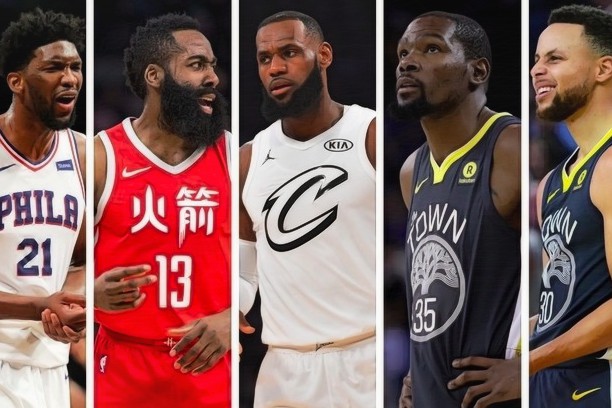 At last, the cast is complete.

We needed the final playing date to decide the last of 16 playoff spots in the 2018 NBA Playoffs. The Minnesota Timberwolves edged out the Denver Nuggets for the final playoff spot in the Western Conference. When that wa settled, so were the seedings in the West that almost went down the wire too. In the East, the Philadelphia 76ers clinched third place, announcing their return to postseason play.

Now that everything is in place, we know all the match-ups in Round 1.

Let’s take a look at who we think is going to sizzle and who’s going to fizzle. So sit back, relax and check out these crystal ball predictions:

Who are the Favorites? 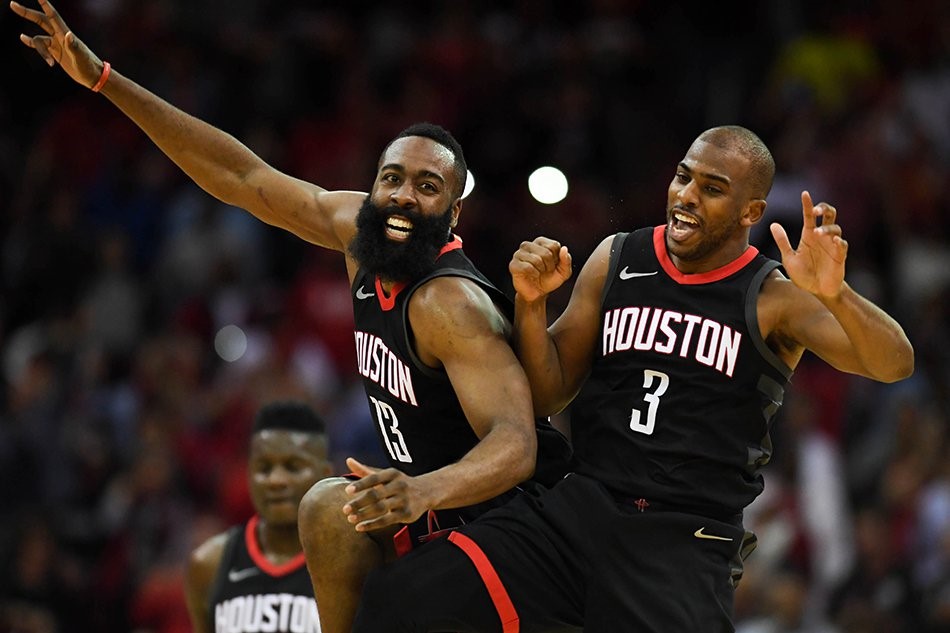 At the start of the season, many wondered how Chris Paul would play alongside James Harden. But then we forgot that one season ago, Mike D’Antoni transformed James Harden from just a scorer to a playmaking scorer. And he was very successful in doing so, transforming Harden into a perennial MVP candidate.

This season, D’Antoni not only made Harden play beautiful music with Chris Paul, he also transformed the mid range genius into a three point threat. Despite playing in just 58 games this season, CP3 set career highs in three point field goals made and attempted.

D’Antoni’s midas touch with doing things not everyone can think about has worked wonders for Harden, Paul and the Rockets in general. The Rockets have become such an offensive juggernaut that would put the Golden State Warriors’ dreaded three point shooting to shame.

The Rockets had three double digit winning streaks this season. They won an NBA best 65 games this year. But none of those have gotten to their heads. That’s how focused this team is in going all the way this year. For as long as Harden and Paul don’t get hurt anytime during these playoffs, the Rockets are the team to beat.

The say that you can’t fight fire with fire. But that doesn’t hold true here. Daryl Morey has built a team that could beat the Warriors and one that could beat them in their own game. The Rockets are locked and loaded. They are 16 wins away from completing their mission.

Who Will Surprise Us? 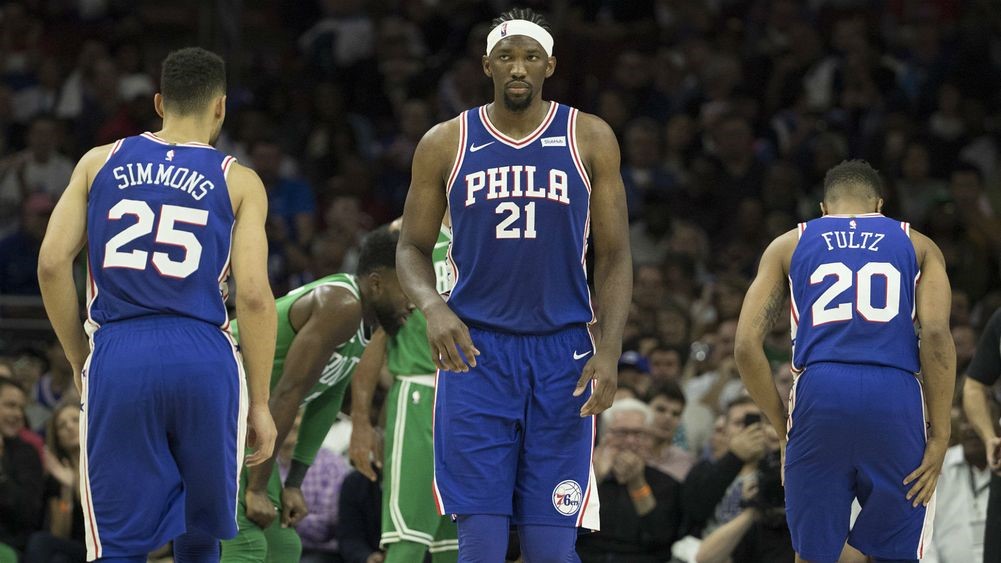 Sam Hinkie told you all to Trust the Process and now that process is complete. Forget LeBron James completing the process, this Philadelphia 76ers have done more than enough to continue the city’s winning streak.
In February, the Eagles won the Super Bowl. Last month, the Villanova Wildcats won the NCAA title for the second time in three years. Except for the college football title, the city of Philadelphia has won two of the first three major team titles in America this year. Will the 76ers be the third? Probably not, but who knows.

Who would have expected a team who won just 10 games two seasons ago would finish third in the Eastern Conference? Who would have thought that the NBA’s perennial whipping boys would become one of the league’s elite in such a short period of time? Who would’ve thought that the Sixers would finish ahead of the Cavaliers in the team standings? Nobody, except perhaps themselves.

Only Philadelphia trusted their process and look who has the last laugh now? When healthy, Embiid is a Top 5 player in the entire NBA, dominating both ends of the floor like the great Hakeem Olajuwon did. Well, only that Embiid has better range. Sure, Embiid has a long way to go before being mentioned in the same pedestal as Olajuwon but he certainly has what it takes to get there.

Aside from Embiid, Ben Simmons has exceeded expectations with his all around play. We knew he could do it all but when the 6-10 LSU product said that he would be playing as an NBA point guard, most of us said ‘yeah, right’. Twelve triple doubles later, who isn’t a believer?

When Embiid went down with an orbital fracture late in the season, Simmons carried the team like it was his from the beginning and led them to eight straight wins. Coming to the playoffs, the Sixers are the hottest team in the league with 16 straight wins. That’s excellent momentum for a young team to carry going to the postseason for the first time as a group.

The Sixers should beat Miami in Round One and then face the winner of the Bucks vs Celtics series. Either way, the Sixers have a good chance of beating both, given the match-up problems they will present. Should the Sixers reach the Conference Finals, anything can happen. With Embiid back at full strength by then, who knows where the Process will take this upstart team.

Who is Going To Disappoint Us? 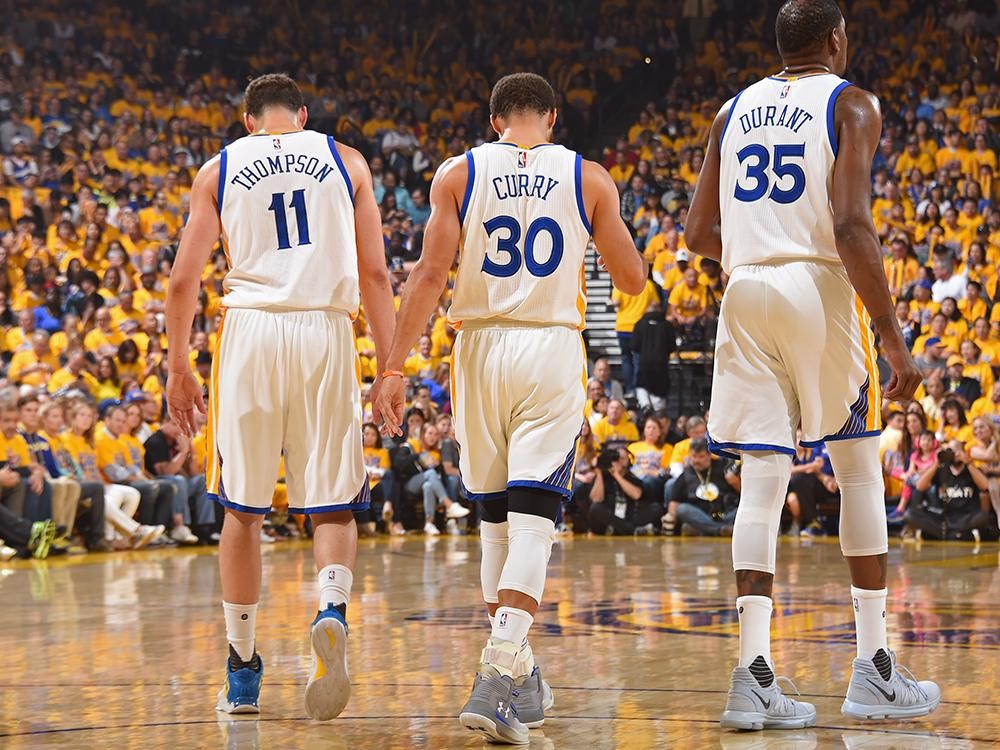 The Golden State Warriors are still the odds on favorite to win the 2018 NBA championship. Despite that, this is the most vulnerable this super team has been since they began dominating the league in 2015.

Injuries have hounded the Warriors all season long. As a result, they limped their way to the end of the regular season. The Warriors finished the season losing 10 of their last 17 games and winning just 4 of their last 10 games. That’s not good, especially because peaking plays an important role in the NBA playoffs.

But what choice did Steve Kerr have? Stephen Curry played in just one of those last 17 games after suffering back to back injuries. Klay Thompson, Kevin Durant and Draymond Green also missed some games during that period with different injuries. Not to mention the injuries to other lesser valued players.

Good news for the Warriors is that Thompson, Durant and Green are back. The bad news is that Curry will be out for at least the first round of the playoffs.

We know that the Warriors are more than just Stephen Curry but we also know that he is the most important player in that team. Without Curry, the Warriors are still good. They still have Durant, Thompson, Green and Iguodala plus everybody else. But while they’re good, they’re not great without their two time MVP. How soon Curry returns determines largely the fate of the champs’ title retention bid.

Their bench has struggled this season and without their support, it’s going to be very hard to outgun the high powered Rockets in the Conference Finals. The Warriors built their dynasty around small ball basketball but now, almost every team in the league has a small and shooting line-up that can match-up well with them.

Golden State used to be a cut above the rest with their talent. And because nothing was broke, the Warriors didn’t fix anything. But everybody around them got better and better. Now there are a handful who have a legitimate chance at unseating them. Sure, they are still the favorites. But don’t be surprised if they don’t make it out of the Western Conference alive. Moreso, don’t expect another Warriors vs Cavs finals series this year.