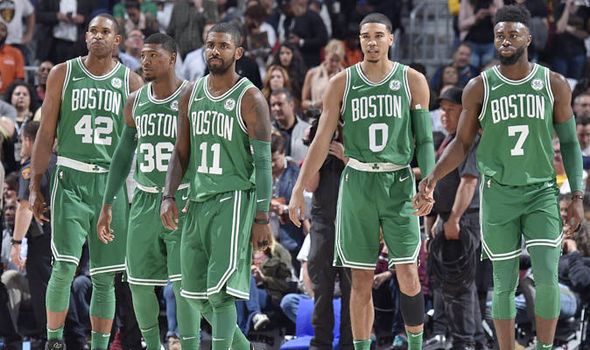 The Boston Celtics Are For Real

There’s no more questioning how good they are or how they will fare against the top tier teams in the NBA. There’s no more questioning the legitimacy of the Boston Celtics. Not after they went toe to toe against the mighty defending champions Golden State Warriors on Thursday night. And not certainly after they outdueled the Dubs in a gritty 92-88 win at the TD Garden in Boston. 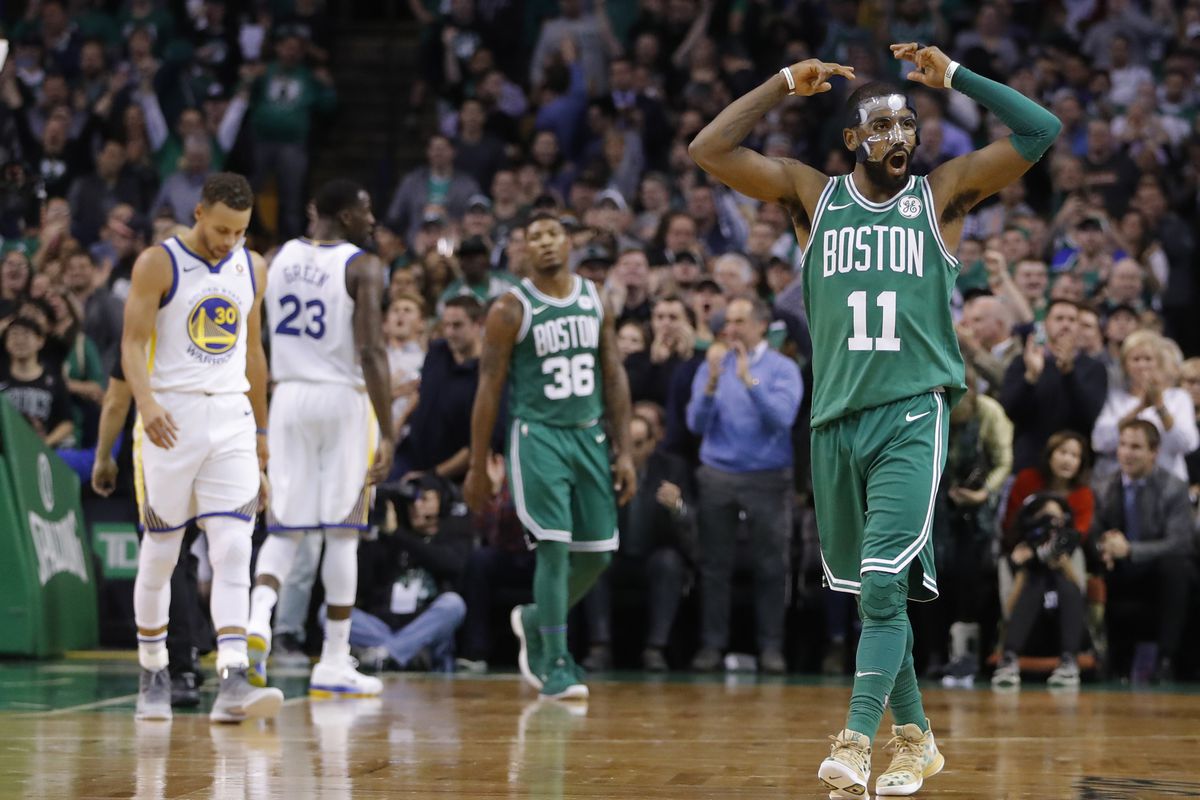 The win wasn’t just Boston’s 14th consecutive victory. The Celtics also snapped the Warriors’ 7 game winning streak. It wasn’t easy, Boston had to battle back after the Warriors built a 17 point lead twice during the game. The Celtics shot a paltry 30.2% from the field in the first half but fought back from 17 points down to cut the deficit to 74-69 at the half.

Undaunted, the Warriors stretched the lead back to 17 with seven minutes left in the third period. But once again, the Celtics battled back with a raging 19-0 run punctuated by Jason Tatum’s baseline that gave the Celtics the 68-66 lead. It was a slugfest from there and Boston had to pull off every trick out of its bag to edge out the defending champions. 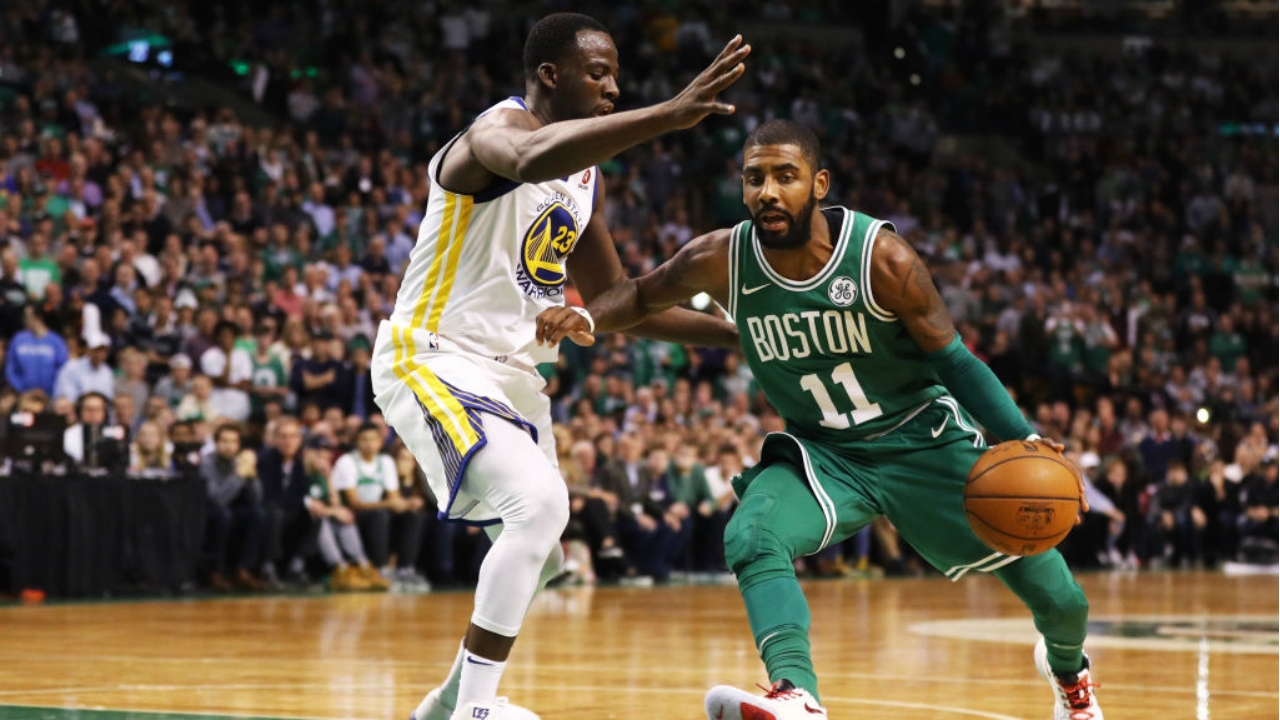 Kyrie Irving, who shot just 4-16 from the floor, ditched his protective mask in the third period and risked his facial fracture injury by fearlessly attacking the basket in the end game. Celtics’ coach Brad Stevens said he asked team trainer Al Horne if it was okay if Irving played without his mask. Horne told Stevens it was fine but it was not recommended. Asked about ditching his mask, Irving said:

"I knew the decision I was making. I knew the health risk I was taking. It's my life."

With their streak on the line and bragging rights for the young season, Irving bravely earned seven trips to the free throw line in the fourth quarter, making all seven free throw attempts, including the pair that gave Boston the lead for good at 92-90. Irving scored jusrt 5 points thru three quarters and then exploded for 11 in the final stanza.

Kyrie leads the Celtics in fourth quarter points per game at 6.6 points. Overall, that’s 10th best in the NBA. Not bad for a guy whom many doubted to be not ready to be the main man on a team. Well, Kyrie is proving that he can be the main man and he’s doing it on a winning team - the team with the best record in the NBA right now. 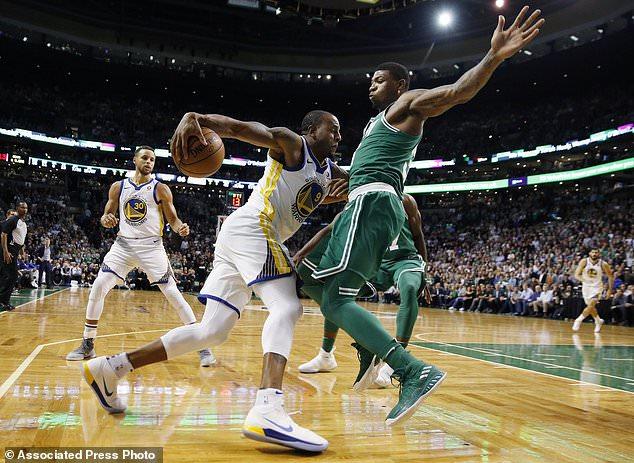 They say defense wins championships and if that statement is true, the Celtics are legit title contenders. While their offense sputtered, the Celtics’ defense was remarkable. They shut down the best offensive team in the history of the sport. Boston held Golden State to a season low 88 points.

The Warriors entered the game with the best offense in the NBA at 114.4 points per 100 possessions and had won their last seven games by a combined winning margin of 139 points. But the Celtics held the Dubs to just 40.2% from the field and more importantly kept them in check at 31.2% from beyond the arc.

The Splash Brothers were a combined 8-32 from the field and 5-20 from deep. Kevin Durant went to the foul line just four times while Stephen Curry and Draymond Green combined for 8 turnovers. We’ve seen other teams keep these Warriors in check before. But it’s hard to recall a time when a team shut down all four All-Stars in one game. 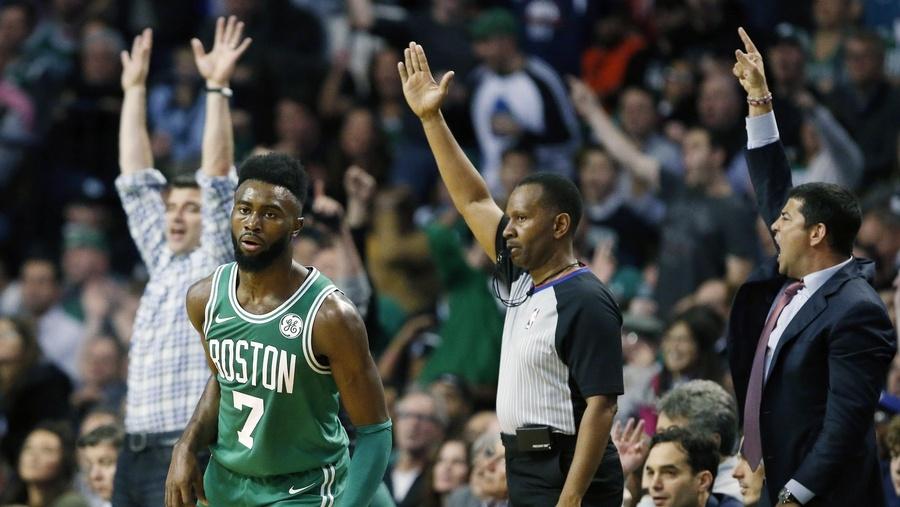 At the forefront of the Celtics’ defense was sophomore Jaylen Brown who has been playing in a bigger role for the Celtics after All-Star signee Gordon Hayward suffered a season-ending injury during Boston’s opening game of the season.

Brown was questionable for the game after learning of the sudden death of his best friend Trevin Steede who passed away on Wednesday. But the second year forward played with adversity and delivered one of the best games of his young career, bringing back memories of Isaiah Thomas’ heroic game one day after his sister’s death.

Brown led the Celtics with 22 points but it was his defense that sparked the Celtics all night long. Brown had 7 rebounds, 2 steals and two blocks. When the Warriors re-built their 17 point lead in the third, Brown just kept plugging until the Celtics were able to break through. 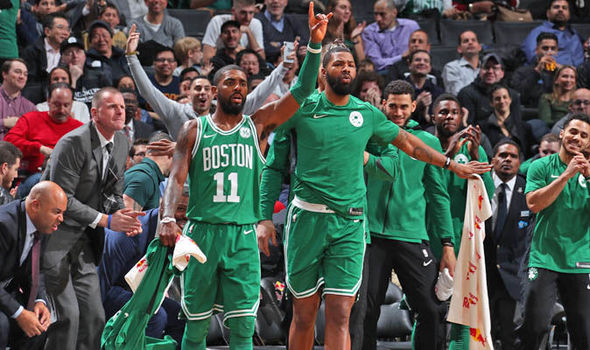 It was just the first meeting between the teams this season ( they play again on 1/28/18 at the Oracle Arena ) but it was one that had great significance. Boston has gone undefeated after losing its first two games while the Warriors shrugged off a slow 4-3 start and racked up seven wins in a row.

With the win, Boston now has the best record in the league at 14-2 and with their upcoming schedule not as tough, expect the Celtics to make a run at the longest winning streak in franchise history. The Celtics are 5 straight wins away from tying that record and given that they face the Hawks, Mavericks, Heat, Magic, Pacers and Pistons ( in that order ) next, they have a real shot at breaking the record.

But more than the record, the Boston Celtics drove home a point on Thursday night. They were given up for dead after Gordon Hayward suffered a season ending injury on opening night. But the rest of the team has stepped up and Kyrie Irving has lived up to his billing as the new face of the franchise, mask or no mask. The Boston Celtics are for real and they belong among the elites in the NBA. That’s scary because Gordon Hayward hasn’t played a full game with the team yet.

Who says now that the East is easy picking for the West?