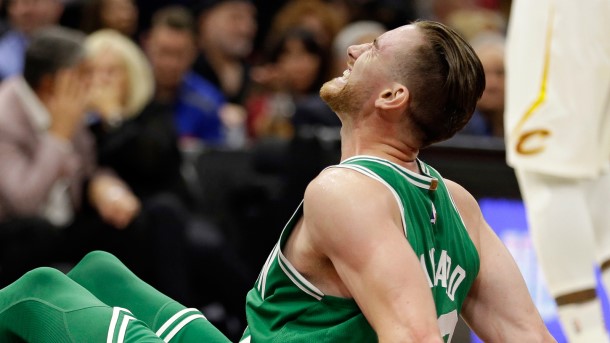 The Boston Celtics Will Be Just Fine Without Gordon Hayward

Break a leg. That’s the idiom used to wish performers well before they go on stage to do their stuff.

We wanted to wish the Boston Celtics well with their brand new line-up on opening night, especially in a big game against their Eastern Conference rival Cleveland Cavaliers. But we didn’t want any of the Celtics ( or any player for that matter) to break a leg literally. Sadly, that unfortunate event happened for the Celtics. 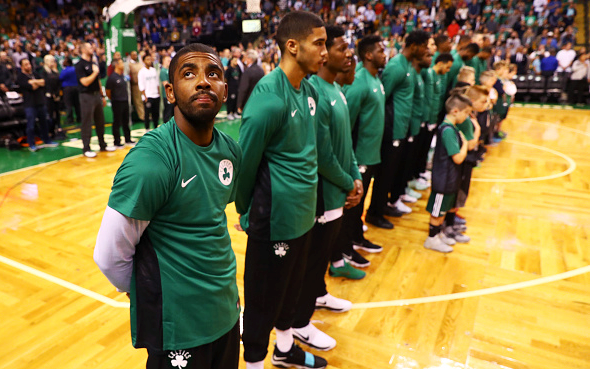 The Boston Celtics are the first team in NBA history to return just four or less players one season after leading its conference in total wins. Only Al Horford, Marcus Smart, Jaylen Brown and Terry Dozier remain from the squad that reached last year's Eastern Conference Finals. But this was on purpose.

Boston is one of the most upgraded teams this year, having added two all-stars from the previous season and a top 3 pick in the draft during the same offseason. The addition of Kyrie Irving, Gordon Hayward and Jayson Tatum were supposed to make Boston more equipped to beat the Cleveland Cavaliers in the East.

Opening night on Tuesday, coincidentally against the Cavs at the Q, was supposed to showcase the new Celtics and test their mettle against the team which eliminated them in last season's playoffs. However, five minutes into the game, something went terribly wrong. 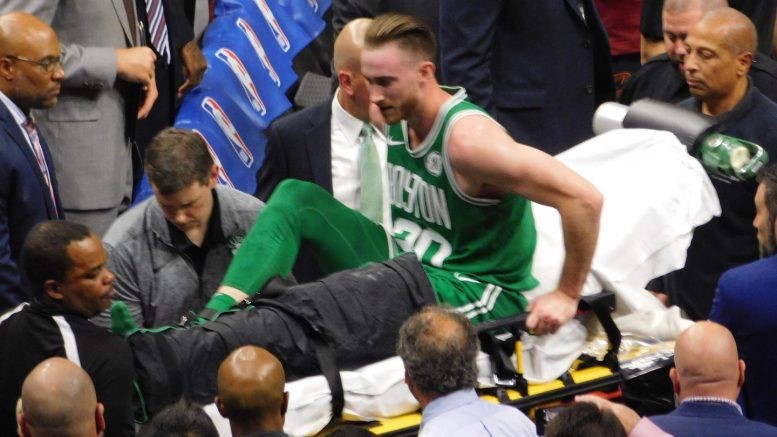 Gordon Hayward, one of their prized offseason recruits, suffered a horrific leg injury after a bad fall from a failed alley oop attempt. Celtics head coach Brad Stevens said after the game that Hayward dislocated his ankle and fractured his left tibia. The former Butler standout grimaced in pain as he was attended by medical personnel.

Hayward turned his ankle so bad that everybody on the court was literally stunned. Cavs guard Dwyane Wade knelt on one knee with his hand on his head in shock. Kyrie Irving buried his head in the chest of Marcus Smart and Jayson Tatum in disbelief on the fate suffered by his fellow all-star.

Players initially kept their distance as Hayward was tended by doctors on the court. Later, when he was moved to a stretcher, players like LeBron James and Kevin Love checked on Hayward. The crowd gave him a standing ovation as he was being stretchered to the locker room.

Memories of Ware and George 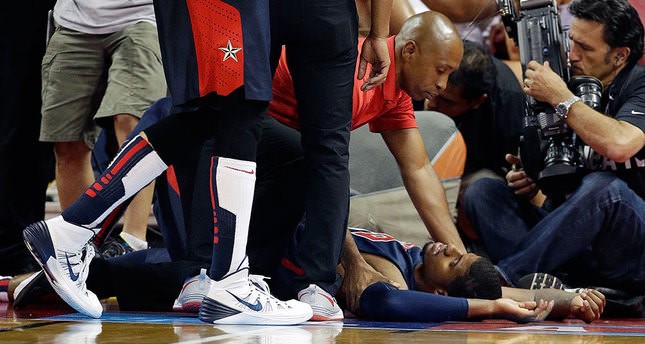 Hayward underwent X-rays and was further evaluated in the Cavs locker room. Cavs PG Isaiah Thomas, who recruited Hayward to Boston before being traded to the Cavs, stayed in the locker room for an extended period of time. Cavs GM and even team owner Dan Gilbert also visited Hayward in the dugout.

Later, Hayward was scheduled to fly back with the rest of the team to Boston on Tuesday night. According to team officials, he will go straight to the New England Baptist Hospital upon arrival. Reports are saying that Hayward will undergo surgery on Wednesday

The injury brought back memories of Louisville basketball player Kevin Ware and OKC Thunder forward Paul George who also suffered similarly gruesome leg injuries in recent years. Ware and George have successfully come back from their injuries to continue their basketball careers. The hope is that Hayward makes a similar recovery.

But what makes Hayward's injury very deflating is the fact that it happened in his first game as a member of the Boston Celtics. It can be recalled that Australian center Andrew Bogut suffered a broken leg 58 seconds into his Cleveland Cavaliers debut last season. While Bogut was supposed to be a bonus signing for the Cavs, Hayward was supposed to be a key protagonist for the Celtics this season.

All Is Not Lost 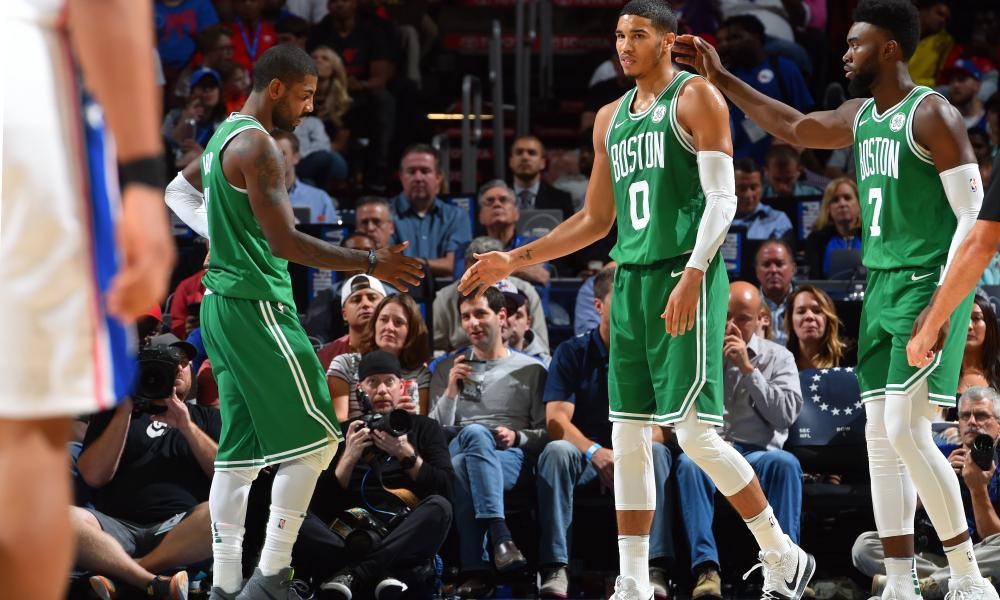 All is not lost for Boston though, even without Gordon Hayward. The Celtics have many young pieces who can help Kyrie Irving hold the fort while doctors try to give Gordon Hayward the best recovery possible.

The Celtics lost p 102-99 but it took the Cavs late game heroics from LeBron James and Kevin Love to put the Celtics away. Many thought Boston would crumble after Hayward's injury but instead, they clawed back like sounder tigers and gave the Cavs a fight worthy of playoff atmosphere. 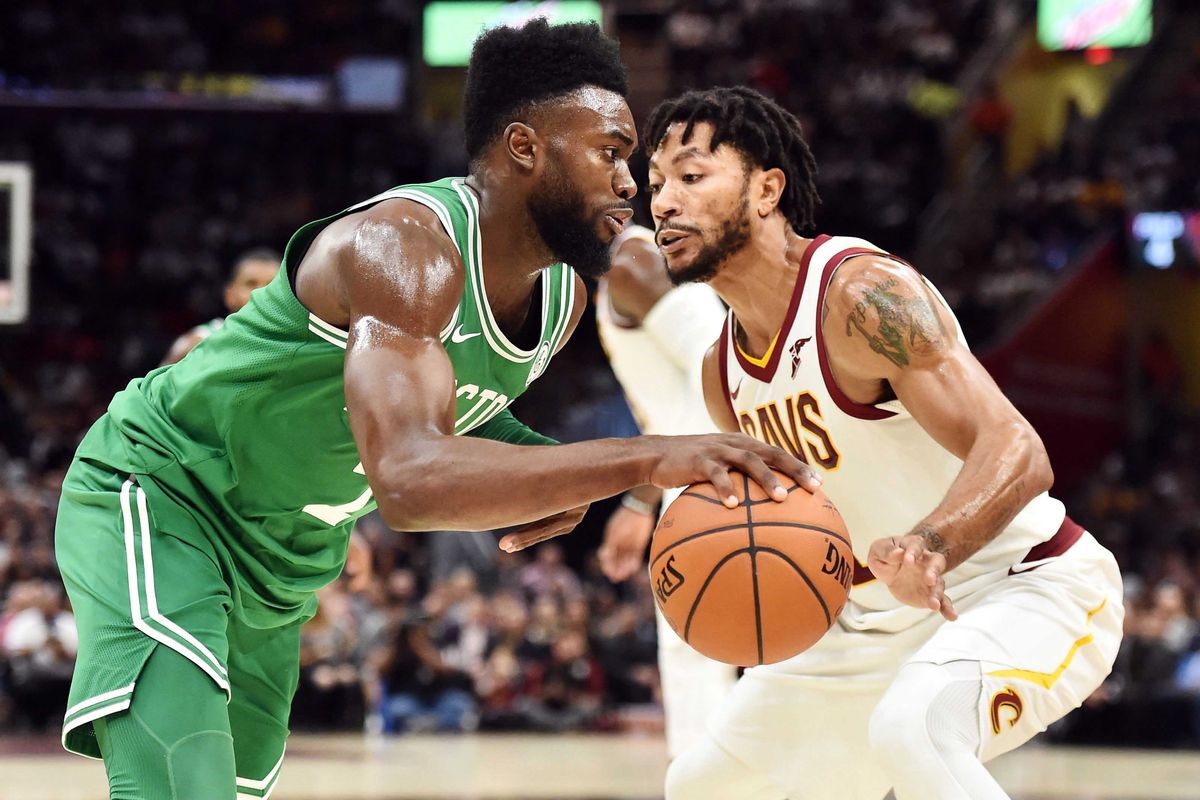 On the last play of the game, Brown missed a potential game tying three pointer with two seconds left. But more than missing the shot, it was Brown’s willingness to take the big shot that caught Kyrie Irving’s attention:

“We had a great look with JB on the first one. A young guy trying to take a good shot like that at the end, with [two] seconds left on the clock, that takes some big guts," Irving said.

Not only does Brown got the guts, he has the talent to go along with it. If he picks up where he left off on opening night, then the Boston Celtics will be just fine.

Aside from Brown, Rookie Jayson Tatum played well down the stretch and contributed 14 points and a team best 10 rebounds. That was the first double double by a Celtics’ rookie since Larry Bird. The 19 year old Tatum, the Celtics’ 3rd overall pick at the 2017 NBA Draft, started the game with expected starter Marcus Morris out with a sore knee. Hayward’s injury is an opportunity for Tatum to get more minutes and grow up quicker. 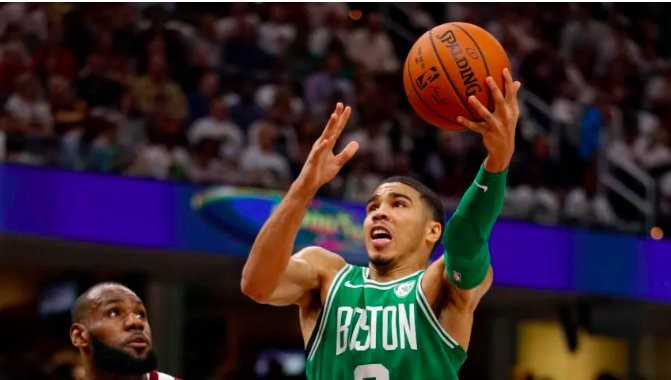 When Morris returns, Tatum will likely be relegated to the bench where he can provide the spark that Jaylen Brown provided for the Celtics last season. If Tatum continues to play the way he did on Tuesday, his numbers plus that of Morris can easily compensate for the lost stats of Gordon Hayward at the small forward position. Said Jaylen Brown of Tatum:

"Jayson is a special talent, and we're going to need to see it from him this season, especially with Gordon going down. He'll have to step up, but Jayson will be all right."

The Celtics also got good productions from Marcus Smart and Terry Rozier. Although they are more of backcourt players, the Celtics know that they can always turn to these reliable vets if they need to score baskets. Smart struggled with his shooting on Tuesday but we know both can shoot the three ball when needed.

Aside from having the in-house capability to keep the flag afloat while Gordon Hayward is on sick bay, the Boston Celtics also have the option to add another significant player to their roster. As noted by the ESPN’s Bobby Marks, the Celtics can apply for a disabled player exception as a result of Hayward’s injury.

The exception is worth $8.4M and the Celtics can use it to sign or claim and existing free agent or trade for a player that has one year left in his contract. Now we know that the quality free agents have been picked up by the other teams already, but there are still a few notable ones unsigned and a handful of new ones after teams made their final cuts before the season began. Guys like Derrick Williams and ex-Celtics Gerald Green fit in this mold.

If so they choose, the Celtics can also target players with expiring contracts via trade. Remember that the Celtics roster has plenty of talent and still have a hoard of draft picks, meaning there are still trade pieces on board. The Knicks are rumored to be shopping Courtney Lee and the former Celtic could be a good veteran addition for this young Boston team. So Lee and perhaps veterans like Wesley Johnson of the Clippers and Corey Brewer of the Lakers could be nice targets.

No Need To Worry 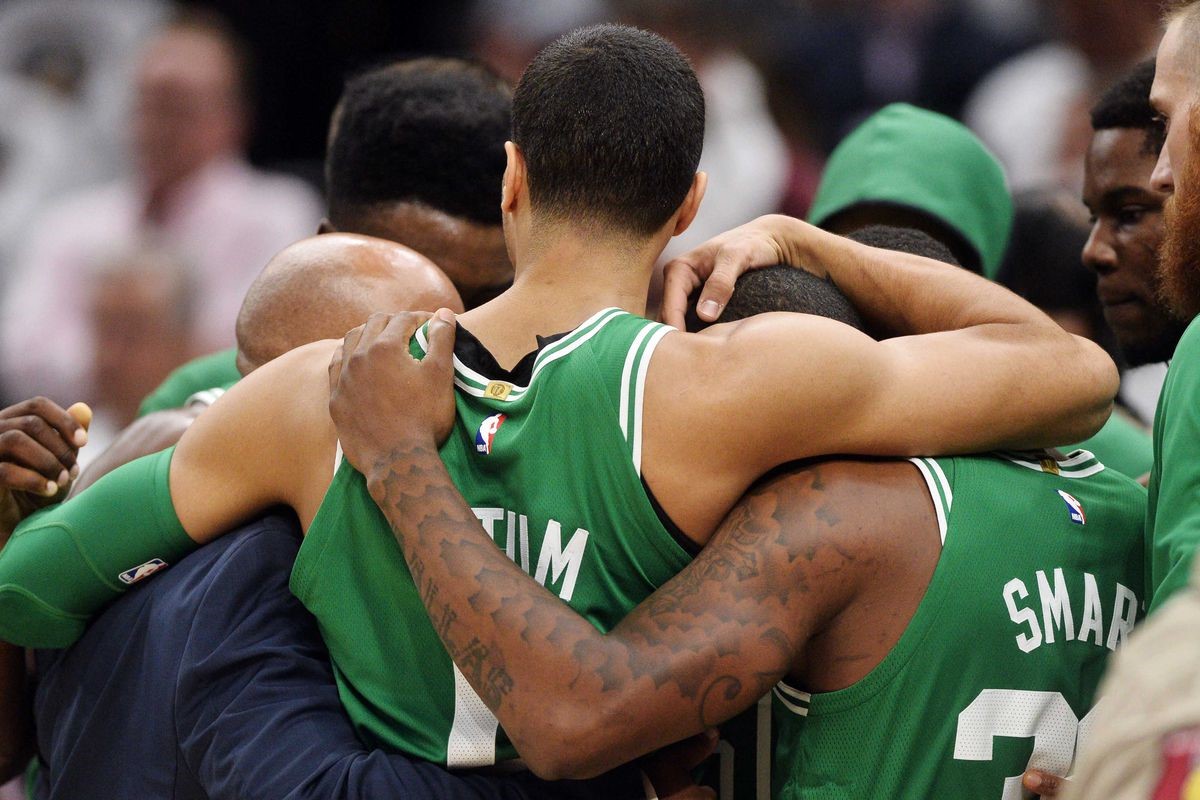 If approved by the NBA, the Celtics have until March 10, 2018 to use the disabled player exception so there’s no rush to add talent really. As we said, the current roster can keep themselves afloat without Gordon Hayward. But when the playoffs come, it would be handy to add a savvy veteran to this Celtics’ line-up.

Whether Boston avails of this exception or sticks with its remaining guns, there is no doubt that the Celtics still have what it takes to be one of the top teams of the current season. This is the exact situation that Kyrie Irving wanted to put himself into, being the main man of a franchise. With the other All-Star on his team down, he now has the stage to prove his worth.

While Irving’s ability to lead a team hasn’t been proven yet, he has enough support to lead the team to another excellent season. Given that Boston has a genius of a coach in Brad Stevens and a brilliant front office guy in Danny Ainge, there is no need to worry, much more panic. Boston is in good hands and we’re going to see this squad rally behind Gordon Hayward’s injury and have another great season.