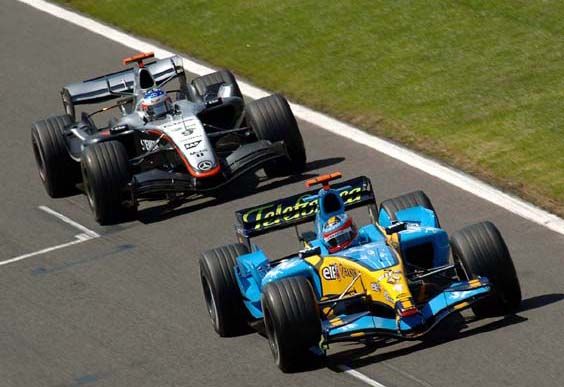 Sunday 14th July saw Great Britain host the 10th round of the 2019 FIA Formula One World Championship at the Silverstone race circuit, in Towcester, England. Marking the mid point in the season, the 2019 British Grand Prix was an exciting race which saw a number of battles throughout the field, with drivers fighting for position and the new bonus point for setting the fastest lap.

The race was ultimately won by local driver, Lewis Hamilton, who was helped by a safety car shortly before his pit stop. Without this well timed safety car, which forced all the drivers to slow down, Hamilton would likely have handed back the lead in the Grand Prix to his teammate Valtteri Bottas. Bottas missed out on this as he had already pitted before the safety car was called, meaning Lewis was able to pull out a time advantage that Bottas could not regain when Hamilton pitted under safety car conditions.

The on track action was not the only excitement this weekend. The future of the British Grand Prix had been in doubt as the contract to host the race at Silverstone had been due to expire at the end of 2019 and it had not yet been renewed. Further doubt was cast over the “home of British Motorsport” maintaining its UK monopoly on Formula One, with rumours circulating that Formula One is working on a new London Grand Prix. However, fans' minds were put at ease in the days before the race, when it was announced that the British Racing Drivers Club, the owner of the Silverstone circuit, had agreed to a new 5 year deal with Formula One. This means that the British Grand Prix will continue at its Northamptonshire home until at least 2024.

A Sigh of Relief

The British Grand Prix is a favourite amongst fans, meaning the news of the contract extension was well received. It is one of the most attended races on the calendar, and is popular with both drivers and fans alike. As the biggest motorsport event in the United Kingdom, it attracts the attention of the nation with members of the Royal Family and A-list celebrities attending on race day. In addition, many fans who are interested in wagering on the race can use services such as Fox Bet to place bets on the outcome of the British Grand Prix.

For older Formula One fans, this is just history repeating itself. Formula One’s former owner, Bernie Ecclestone, had been making it known for years that he relished the idea of a street race taking place around the streets of London. However, UK law that almost completely banned street racing prevented this being a serious suggestion. This law was amended by David Cameron’s government though, making a London Grand Prix more feasible than ever before.

Several times over the past few decades, the British Grand Prix’s place on the calendar has also been at risk over disputes around finances, lack of modern facilities, and poor infrastructure that left fans stuck in the mud one year. This culminated in a 2008 deal between Formula One and another British race track, Donington Park, being agreed that would see the East Midlands based circuit take over from Silverstone in the early 2010s. However, the deal fell through when the 2008 financial crisis caused funding issues, and Silverstone regained the rights to host the race.

Ultimately, Silverstone is the most equipped circuit in Britain, making it the most suitable to host one of the worlds biggest sporting events. It is larger in size than any other track in the UK by a considerable margin, it has better access to facilities than most, and it has a rich history that other tracks don’t. Whilst Grands Prix have been held at Aintree, Brands Hatch and Donington Park in decades gone by, Silverstone remains the home for Formula One in Britain. And whilst it is highly likely the circus of “will they, won’t they?” will play out again in 5 years time, it’s probably a safe bet that Silverstone will be on the calendar for many years to come.