The Final Three: A look At The Remaining NBA Players From The 1990’s Era

The 1990’s was one of the most exciting eras in the NBA. Michael Jordan and his Bulls dominated the decade by winning six NBA titles during an eight year period but while it was MJ’s Bulls who were capturing the hardware, the 90’s era brought in the players who would carry the torch when Jordan would finally retired.

As time passed, these players retired one after the other. Two decades later, only a handful of these players are booked to return to action when the NBA’s 2018-19 season opens.

End Of An Era

In December 2015, Kobe Bryant announced that he would be retiring after the 2015-16 season. Bryant penned his retirement story via a first person poem entitled “Dear Basketball”, published on The Players Tribune website. In his letter, Bryant talked about
how his body had told him it was time to go:

"But I can't love you obsessively for much longer," Bryant wrote. "This season is all I have left to give. My heart can take the pounding. My mind can handle the grind but my body knows it's time to say goodbye…..And that's OK. I'm ready to let you go."

Bryant’s time was already up when he tore his achilles tendon on April 12, 2013. He was never really the same after that injury. But as the tough Black Mamba, he played on for three more seasons, becoming the first player to complete 20 consecutive seasons with one franchise. But before Bryant got hurt, he already set his legacy in stone: 5 NBA titles, 4 All-Star Game MVP, 2 Finals MVPs and 1 NBA MVP award. And of course, countless Mamba moments we will always remember. Bryant was the last player from the Class of 1996.

In July 2016, Tim Duncan also announced his retirement. The Big Fundamental was the #1 overall pick in the 1997 NBA Draft. Like Kobe, he was the last of his batch to call it quits. Like Bryant, Duncan won 5 NBA titles in 19 seasons with the San Antonio Spurs.

With Duncan at the helm, the Spurs went 1,027-438. Their .710 winning percentage during Duncan’s career is the best ever in the NBA over a 19 year period. No team in the history of America’s four major sports leagues ( NFL,MLB, NHL and NBA ) had a better winning record over the same period. Duncan’s Spurs also had a 158-98 record in the postseason which is also the best ever for a 19 year span. Duncan also won the NBA MVP twice and the Finals MVP three times.

Before the season began, a third pillar of the 90’s retired from the sport too. Kevin Garnett was the 5th overall pick by the Minnesota Timberwolves in the 1995 NBA draft. Like Bryant and Duncan, he too was the last player from his draft class to retire. Like Bryant, Garnett came straight from High School. In fact, it was Garnett who opened the doors for high school stars like Bryant and later LeBron James to make the jump to the NBA without collegiate basketball experience.

Garnett made 15 All-Star teams, 12 All-Defensive teams and 12 All-NBA teams during his 20 year NBA career. The Big Ticket cemented his NBA legacy when he led the Boston Celtics to an NBA title in 2008. That championship was the Celtics’ first after the Larry Bird era and still stands as the last title won by the legendary franchise.

The following season two more members of the 90’s era retired when Paul Pierce and Metta World Peace also called it quits. Pierce was the 10th pick in the 1998 NBA Draft by the Boston Celtics. He teamed up with Garnett and Rajon Rondo to help Boston win that 2008 title. The Truth was the Finals MVP in 2008.

Metta World Peace entered the NBA in 1999 when he was drafted by the Chicago Bulls with the 16th pick of the draft. Then known as Ron Artest, he was famous ( or infamous? ) for instigating the “Malice at the Palace” brawl in 2004. But Artest changed his destiny when he played for Kobe Bryant’s Lakers. He won an NBA title with Lakers in 2010. Metta World Peace was the NBA’s Defensive Player of the Year winner in 2004.

During the 2017-18 season, there were only four players left from the 90’s era. Surprisingly, none of them retired at the end of the season which means that we’ll still see all of them for at least one more season this coming October. So before we miss them too, let’s take a look at who these remaining four players are: 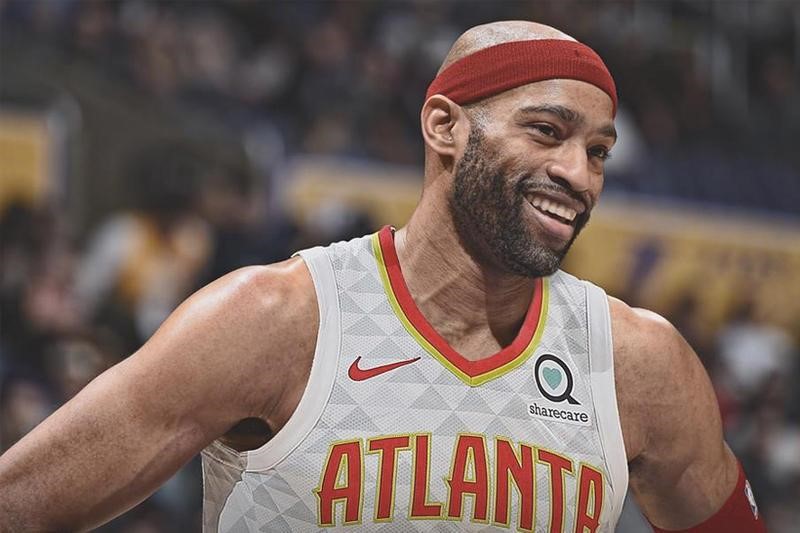 Vince Carter was the 5th overall pick in the 1998 NBA Draft by the Golden State Warriors but was immediately traded to the Toronto Raptors in exchange for the 4th pick Antawn Jamison. Carter became the first superstar for the Toronto franchise and earned nicknames like “Air Canada” , “Half man- Half Amazing” and “Vinsanity” for his otherworldly dunking ability.

Perhaps the greatest dunker the NBA has ever known, Carter was one of the most prolific scorers during his time. Carter is one of only six players in NBA history to average 20 points, 4 rebounds and 3 assists in 10 straight seasons. He is also one of only six players in the history of the league to have recorded 24,000 points, 6,000 rebounds, 2,500 assists, 1,000 steals and 1,000 three point field goals during his career.

After Toronto, Carter had stops in New Jersey, Orlando, Phoenix, Dallas, Memphis and Sacramento. Carter recently signed a one year deal with the Atlanta Hawks. He was part of the U.S. men’s basketball team which won the gold medal in the 2000 Olympics. Carter is best remembered for dunking over 7-2 Frederick Weiss in a game against Germany during the Olympics. 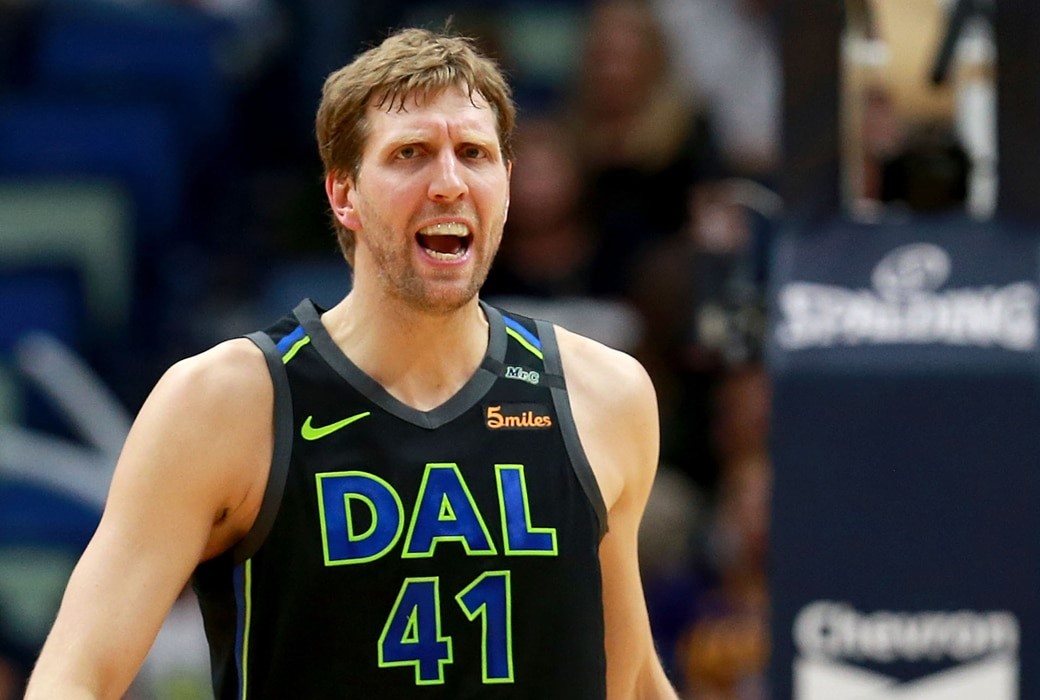 Nowitzki was drafted by the Milwaukee Bucks with the 9th overall pick in the 1999 NBA Draft. He was traded on draft night, along with a guy named Steve Nash, for the late Robert Traylor, who was the 6th pick of the draft and Pat Garrity who was picked 19th in the same draft. Two decades later, that trade is considered one-sided.

Traylor never got it going in the NBA while Garrity never became a star in the league. Nash became a two-time MVP ( although with Phoenix ) but he and Nowitzki began the revolution in Dallas, making the Mavs one of the more exciting contenders in the NBA. Nowitzki? Well he became the face of the franchise and led the Mavericks to their first and only NBA championship in 2011.

Nowitzki was NBA MVP in 2007, Finals MVP in 2011 and played for 13 All-Star teams. Last July, Nowitzki signed a deal with the Mavs to return for the 2018-19 season. He will be on his 21st year with the Mavs, breaking Kobe Bryant’s previous record of 20 consecutive seasons played with one franchise. 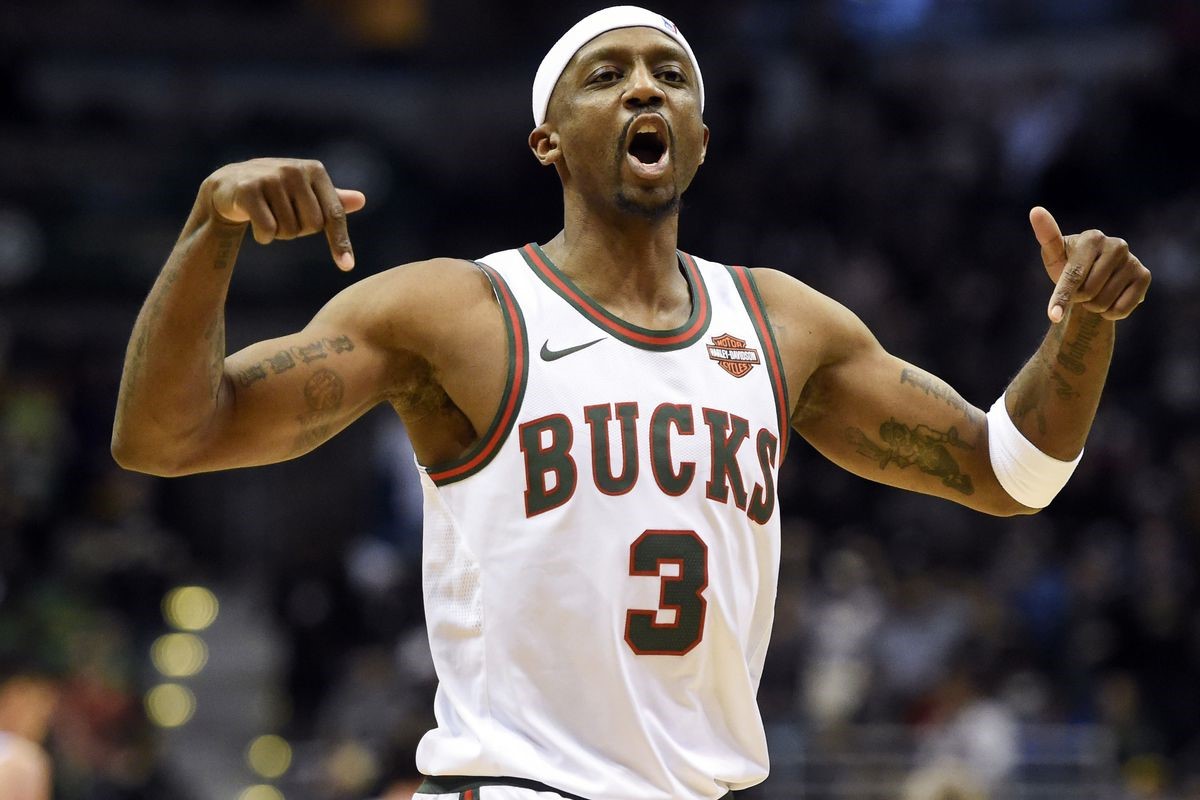 Jason Terry was the 10th overall pick of the 1999 NBA Draft by the Atlanta Hawks. Known as the “Jet”, Terry is a versatile player who could play either guard positions. After playing for the Atlanta Hawks, Terry also had stints with the Dallas Mavericks, Boston Celtics, Brooklyn Nets and Houston Rockets. Terry played for the Bucks last year on a one-year deal.

The Jet was the NBA’s Sixth Man of the Year winner in 2009 and he helped the Dallas Mavericks and Dirk Nowitzki win the NBA title in 2011. Among the four remaining players from the 90’s era, Terry is the only player without a team so far but he has insisted that he isn’t retiring yet.