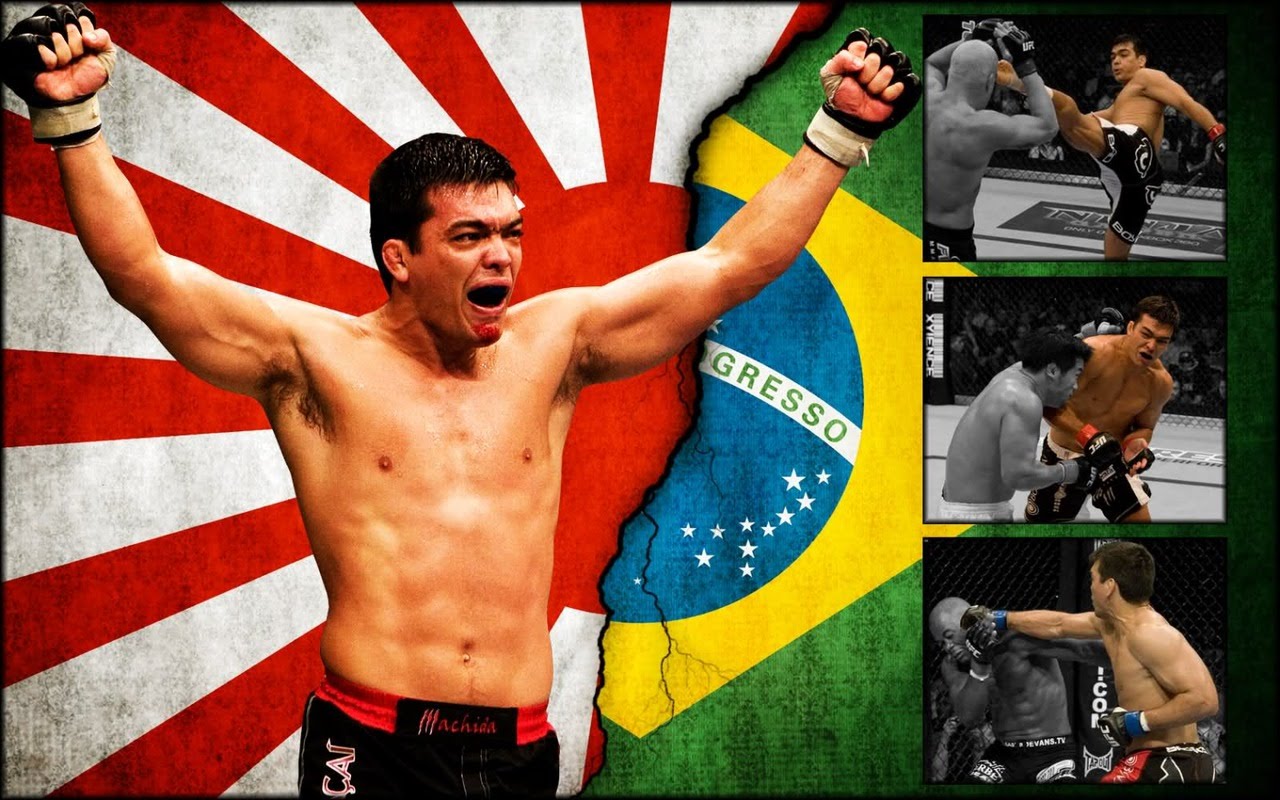 The Fire Has Run Out For Lyoto “ The Dragon “ Machida

There was plenty of hype during Lyoto Machida’s UFC return at UFC Fight Night 119. Brazil’s beloved Dragon was coming back from a long layoff and was booked to fight in the main event, in front of his countrymen in Brazil. But what was supposed to be the Return of The Dragon quickly became a reality check.

Machida wasn’t only facing Derek Brunson on Saturday night, he was facing age and ring rust too. To the disappointment of the partisan crowd, the Dragon was put to sleep early and in rather brutal fashion. Not the kind of ending the Brazilians wanted. But reality bites.

Machida was suspended for 18 months beginning April 6, 2016 after testing positive for the anabolic steroid 7-keto-DHEA during an out of competition sampling conducted by the USADA. Machida was supposed to fight Dan Henderson at UFC on Fox 19 but was pulled out three days before the event because of the violation.

Although the drug violation carried a two-year suspension, Machida’s punishment was ‘shortened’ to 18 months only because of his admission to taking the drug ( which he claimed he didn’t know was a banned substance ) and his cooperation during the investigation.

In August, the UFC announced that Machida would be returning to fight on a card in his native Brazil immediately after serving his sentence and gaining eligibility for reinstatement in October 2017. The Dragon was booked to fight 7th ranked middleweight Derek Brunson in the main event of at UFC Fight Night Sao Paulo on October 28, 2017.

But perhaps instead of coming back to fight again, Machida should have thought twice about retiring. Not only was Machida coming from an 18 month suspension, his last fight was in June 2015 when he was brutalized by Yoel Romero at UFC Fight Night 70. One fight before that, Luke Rockhold pounded Machida for two rounds before choking out the Dragon at UFC on Fox 15 in April 2015.

In all Machida had lost three of four bouts and 7 of his last 13 fights before his suspension. And while the Machida put on a performance of the night winner against C.B. Dollaway at UFC on Fight Night 58, he was clearly on the decline and already past his prime when he was suspended.

By the time he entered the ring against a prime 33-year old Derek Brunson, Machida was already 39 years old and just a shadow of the fighter who once was the UFC’s Light Heavyweight champion. But like many before him, he refused to accept his fate believing that he still had enough left in his tank to compete inside the brutal octagon.

And so it happened on Saturday night, in front of his countrymen. Lyoto Machida was literally knocked out cold by Derek Brunson in the first round of their scheduled five rounder. Machida entered the arena to the Game of Thrones theme but other than the nostalgia, it was Brunson’s power that delivered the goods.

On the first left hook that Brunson connected, Machida was sent reeling. A second one put him down on the canvass and a monster shot while the Dragon was on the floor knocked the living daylights out of him. The crowd went silent for a while as Machida lay unconscious for a moment. Good thing he was okay, but surely he cannot take more of those.

It’s obvious that at 39, Machida no longer has the chin to compete with the beasts at 185 pounds. He can say what he want about improving his karate during his suspension but it’s pretty clear that he no longer has the durability to stand with the beasts of 185 pounds. Machida was always known for being a conservative, smart and efficient striker. But this is a different era now where power is the premium. Machida never had that power. Now he no longer has his chin.

Coby Covington wronged the Brazilians with his unsavory post fight interview. But there are plenty of common denominators between Brazilian fighters in the UFC. One of those is their notoriety with drug tests. We know the story of TRT Vitor Belfort and the story of Wanderlei Silva running away from a USADA testing team. Heck, even the great Anderson Silva failed a drug test in his later years.

It’s unfair to throw shade at Brazilians in general but most of their stars have a history of failing drug tests and that’s a fact. Not only that, they also have a track record for fighting way past their prime. We recently saw Antonio ‘Big Foot’ Silva compete against world kickboxing champion Rico Verhoeven in an attempt to prolong his career.

We mentioned Vitor Belfort who is now 40 years old and still insists on fighting. Sure, he won his last bout but it was against an equally over the hill Nate Marquardt. Other than the Marquardt fight, Belfort lost four of his last five bouts by knockouts. Three of those KOs came in round one. Imagine this: Belfort won the UFC heavyweight title at the UFC 12 tournament. His win over Marquardt came at UFC 212. That’s 200 events in between those victories.

Machida is no different. He has already given us plenty of memories and he has already reached the top of the mountain in the UFC. The Dragon has nothing left to prove anymore. Not especially against the younger and more powerful middleweights like Brunson, Robert Whitaker, Luke Rockhold and even Kelvin Gastelum.

Every time Machida steps inside that octagon, he isn’t only fighting his opponent. He is fighting age, long layoff and the effects of damage from a long hard-fought career. The latter is what’s alarming. We’ve seen Machida take plenty of damage in recent years, especially during this period where he’s lost three in a row.

Like fellow 39 year old Demain Maia who gave the standard ‘I do not know’ answer when asked if he would retire after his bloody loss to Coby Covington earlier that night, Lyoto Machida isn’t ready to hang up his four ounce gloves yet. But let’s hope he realizes sooner that the Dragon in him has no more fire left.