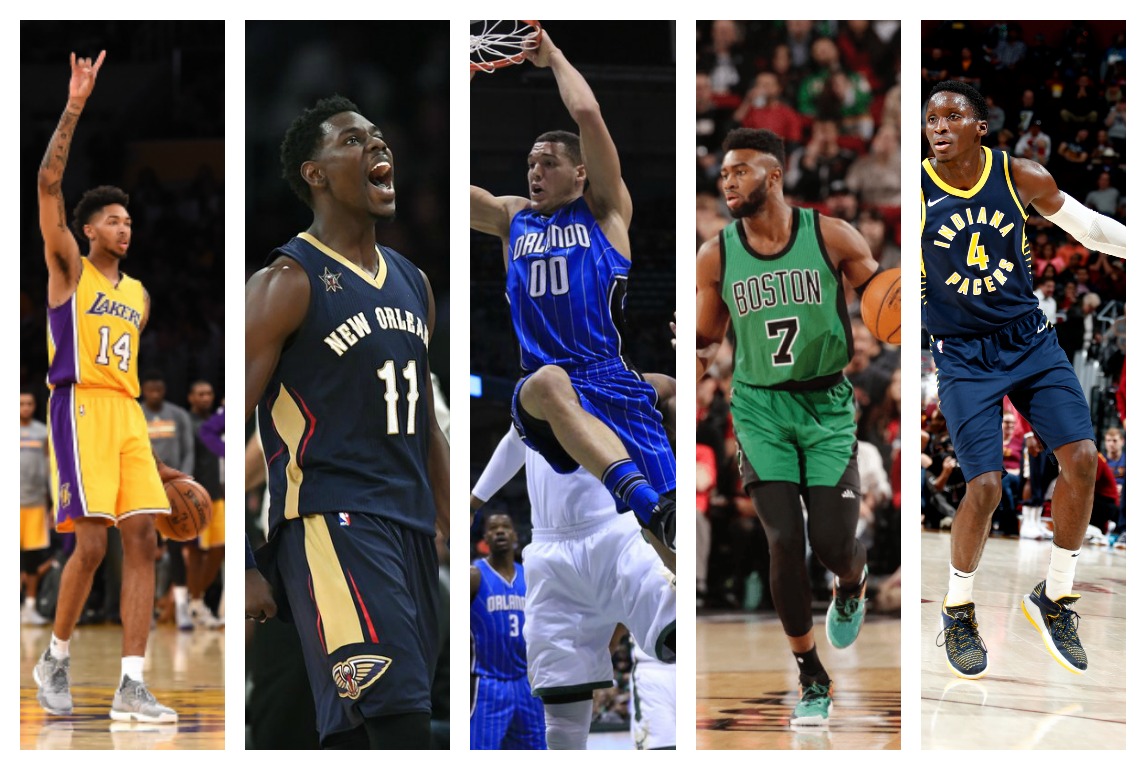 The Five Most Improved Players of the 2017-18 NBA Season

The MVP race has heated up with the likes of Anthony Davis and Damian Lillard making strong cases as the season is about to wind down. Earlier, it was James Harden and LeBron James who turned the MVP race into a one on one affair.

The Most Improved Player of the Year is a different scenario. There are a handful of player who have made a tremendous leap from the previous season. But there is one guy who has stood out among the field, making a transition from supporting cast to superstar player.

Let’s take a look at the top five most improved players of the 2017-18 NBA season: 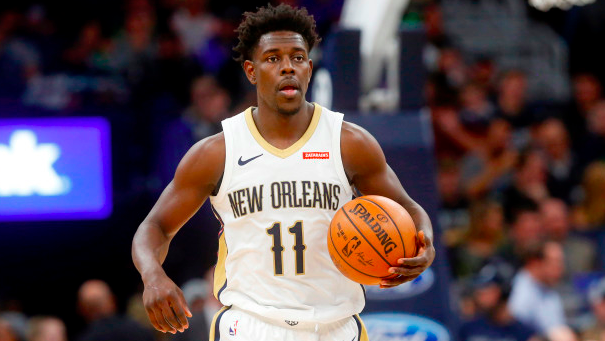 The New Orleans Pelicans are sitting on 4th place in the Western Conference right now mainly because of the MVP performance of Anthony Davis. The Brow has been putting up one monster game after another for the Pelicans. But it’s not just Davis who’s carrying New Orleans.

Jrue Holiday is having a terrific 2017-18 season and nobody is noticing it. Well, almost nobody. Holiday is averaging just a shade under 20 points this season. At 19.2 points per game, this is the best scoring season of Holiday’s career. Not only that, Holiday is also shooting the ball at a career high .492 from the floor.

At 5.4 win shares this season, Holiday ranks second to Anthony Davis. Of course, we know that’s because DeMarcus Cousins is out with an injury but that’s our point. With Boogie out, it’s Holiday who’s been helping Davis carry the load. Holiday has averaged over 20 points per game since December and with the way he’s going, he’ll likely finish with the first 20 point season of his career. 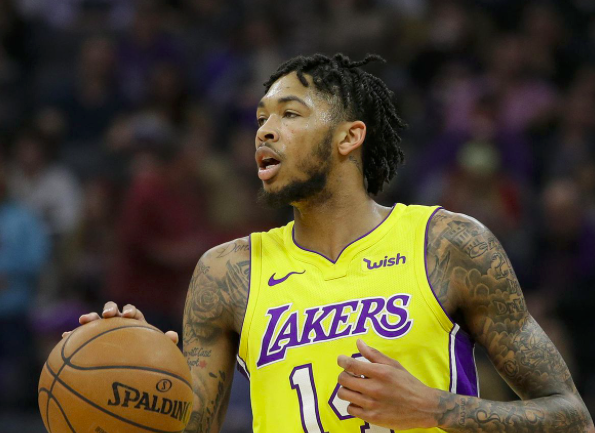 Brandon Ingram isn’t a surprising case here. As the 2nd overall pick in last year’s draft, Ingram was projected to be one of the league’s up and coming stars. But after just averaging 9.4 points per game last season, some people started calling him bust. Even after Ingram put all the hardwork during the offseason, Ingram didn’t resemble a future star in his short stint in the Summer League.

When the current season began, Ingram still resembled bust. Sure, he was getting the numbers but it looked like he was forcing the issue to much. Ingram started the season by scoring 14.4 points per game on.438 field goal shooting. He’s increased both numbers since then. Ingram is currently averaging 16.2 points per game on .462 shooting. In the month of February, Ingram shot the ball at a very high .545 percentage from the field. He’s currently out due to a strained left groin but you bet he’s gonna continue his tear when he returns.

From being 11-27 on January 3rd, the Lakers are now 29-36 or a nine game turnaround since that period. Aside from Julius Randle, it was Brandon Ingram who stepped up when Lonzo Ball got hurt. In 10 games during the month of February, Ingram posted 18.6 points, 5.5 rebounds and 5.6 assists per game.

If you take a look at his statline, every number has increased versus last season. So from being called a bust last season, Ingram is proving in every statistical line that he is the future of the franchise. Remember when Magic Johnson once said that everyone in the team was tradeable except Ingram? Well, he was right after all. Brandon Ingram has emerged as the Lakers’ #1 option. With that incredible length and skill set, everyone is reminded of Kevin Durant. Including Kevin Durant himself. 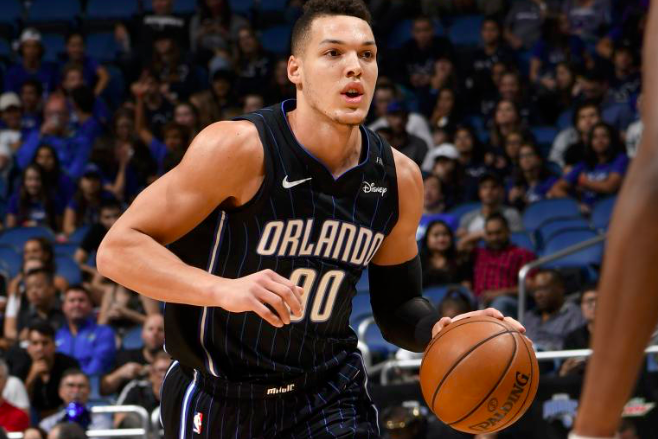 They say you can’t shine from the bottom. And given that the Orlando Magic have won just fourteen games since starting the season red hot at 6-2, it’s hard to notice, much more appreciate a player’s progress from the previous season to the current season. Despite that, Aaron Gordon’s year versus year development is hard to miss.

Gordon hasn’t just increased his scoring average in every year of his NBA career, he’s done so with increasing year versus year differences too. This season, Gordon is averaging a career best 18.3 points per game. But that’s not even what stands out for him this season. Gordon has expanded his game to include a three point shot in his growing arsenal.

The 4th pick of the 2014 NBA Draft is making 2.0 three pointers per game, twice as much as he made last season. Sure, he’s been taking more threes this year at 5.8 against 3.3 last season, but his shooting percentage from behind the arc has also increased to .348.

Gordon had a 41 point night in October, a 40 point game in November and a 39 point performance in December before injuries slowed him down. Nothing serious to worry about though and Gordon has been back in March and averaging 20.5 points per game before sitting out the last two games with a concussion. 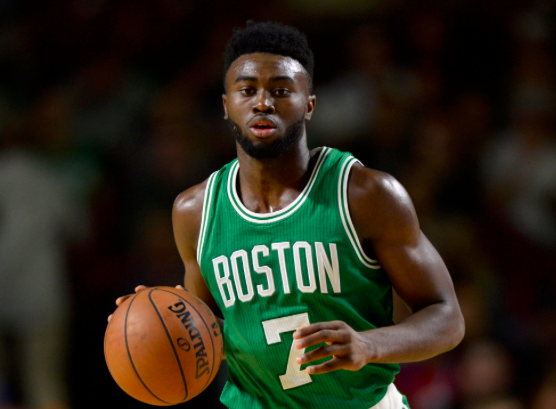 One player’s loss is another one’s gain. That’s not a good saying in basketball but that’s what happened in Boston after Gordon Hayward suffered a season ending injury on opening night. Hayward was supposed to be the Celtics’ main offensive weapon this season but that was not meant to be. Instead, second year man Jaylen Brown has played in Hayward’s place and has done a spectacular job.

Brown showed flashes of brilliance during his rookie season, mostly in the playoffs. But during the regular season, he was averaging just 6.6 points and 2.2 rebounds per game in 17.2 minutes of action. Those minutes were expected to remain that way or even decrease with Hayward’s signing during the offseason. But with Gordon out, it has been Jaylen Brown’s big break. And he has made the most of it.

Brown has more than doubled his rookie scoring average to 14.6 points per game. He’s also posting better numbers in rebounds, assists, steals and blocked shots. Not only that, Brown has proven that he can stretch the floor with his consistent three point shot. Brown averages 1.7 three pointers made per game at a .373 clip. That’s very good, considering he wasn’t even an outside threat last year.

For a while, Brown was rumored to be one of the players being eyed in a trade for Anthony Davis. But with the way he’s responded to the challenge and opportunity presented to him after the Hayward injury, you bet that is now out of Danny Ainge’s mind. Jaylen Brown, Kyrie Irving, Marcus Smart and Jayson Tatum are the future of the Boston Celtics. 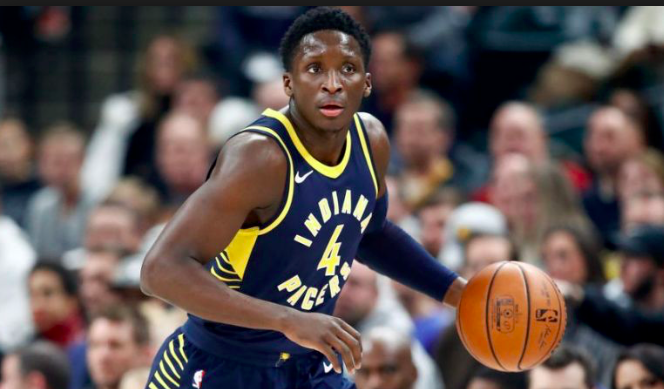 Victor Oladipo is to the Most Improved Player award as what James Harden is to the MVP.

Dipo has taken the league by storm since being traded by the Oklahoma City Thunder to the Indiana Pacers in the Paul George deal. Yeah, we all thought Sam Presti was a genius for bringing Paul George to the Thunder. But Pacers’ President for Basketball Operations and concurrent GM Kevin Pritchard may be smarter.

Oladipo has emerged not just as the top scorer for the Indiana Pacers, he has evolved as the team’s leader and a first time All-Star this season. Dipo is currently averaging a monster 23.7 points per game. Not only that, Oladipo is also hitting a career best 2.2 three pointers per game on a career high .370 shooting from behind the arc.

Not only has Oladipo shown a better three point shot, he’s also increased both his field goal and free throw percentages. Oladipo’s 5.4 boards and 4.3 dimes per game are also the highest of his five year NBA career. Drafted 2nd overall in 2013 by the Orlando Magic, Oladipo was highly rated out of college. It may have taken him five years to show his true potential, but he’s here and he’s just 25 years old.

When the Pacers traded Paul George, it was supposed to be the start of a rebuild. Oladipo and Domantas Sabonis were supposed to be just bright spots this season. Instead, Oladipo has transformed the Pacers into a playoff contender. Not just a playoff contender at that, Indiana is a Top four team in the East. Not bad for a team that barely made the playoffs last season and lost their best player from an offseason trade.