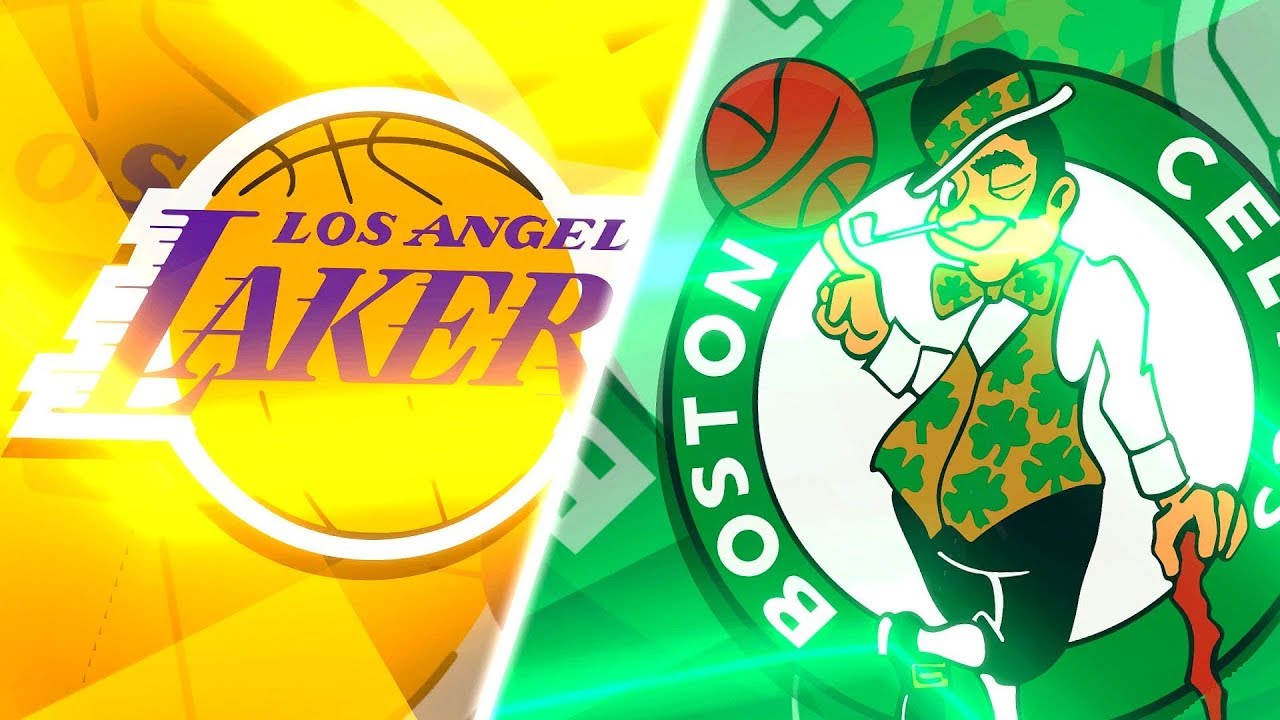 Before the Golden State Warriors, Cleveland Cavaliers, San Antonio Spurs and Chicago Bulls, the league was a monopoly of the Boston Celtics and the Los Angeles Lakers. Both are the only franchises in NBA history to win at least 15 championships each. In fact not other NBA franchise has won 10 world championships.

The Celtics and the Lakers go all the way back to the beginning of the league. The Celtics entered the league in 1946 while the Lakers arrived two seasons later in 1948. Since their co-existence, both teams have rivaled each other in terms of NBA success, making them as the top two franchises in NBA history.

The Celtics and Lakers faced each other six times in the Finals during the 60’s but because Boston won every meeting, they friction wasn’t as noticeavble.The rivalry between the Boston Celtics and the Los Angeles Lakers heated up when two collegiate nemeses entered the NBA one after the other. Larry Bird was the 6th overall pick in the 1978 NBA Draft by the Boston Celtics but he chose to play out his final season at Indiana State instead of signing with the Celtics.

Bird led his team to the NCAA Finals where he faced Michigan State and Earvin ‘Magic’ Johnson in what is considered as the most watched NCAA game ever. Johnson’s Spartans won the title and Magic went on to become the #1 overall pick of the Los Angeles Lakers in the 1979 NBA Draft.

But because Bird didn’t play in 1978, both played their rookie years together. Bird won the Rookie of the Year award in 1980 but it was Johnson’s Lakers’ who went all the way to win the NBA Finals in 1980. Magic’s Lakers and Bird’s Celtics would go on to face in the Finals three times, with the Lakers winning twice.

But while the Lakers have the better winning percentage, the Celtics have the advantage over them in head to head competition. These two franchises have played a total of 288 regular season games. Boston has won 159 times while Los Angeles has won just 129 meetings.

The Celtics have a 105-92 record or .532 winning percentage against their rivals when their franchise name is the Los Angeles Lakers. Meanwhile, Boston has 54-37 record or .600 winning mark against the Lakers when the franchise was still called the Minneapolis Lakers.

In their storied history, the Boston Celtics have reached the playoffs 54 times in 72 season. That’s a remarkable 75% of the seasons they’ve played overall. But the Lakers have been better. They have reached the NBA playoffs in 85.7% of their NBA existence or six more times than the Celtics in two less NBA seasons played.

Just like in the regular season, Boston still has the edge over Los Angeles in terms of head to head competition. The Celtics have beaten the Lakers in 43 out of 74 playoff games played. Boston has a 39-31 record against the Los Angeles Lakers and are an immaculate 4-0 against the Minneapolis variant.

The last time these two teams met in the NBA Finals was in 2010 when Kobe Bryant and Pau Gasol led the Lakers in a thrilling series that was decided by a Game 7. Five of the 12 championship series that they played went all the way to Game 7 and Boston won the first four of those.

Celtics 17, Lakers 16 but remember that the Celtics’ franchise is two years older. Let us also not forget the fact that 11 came during just one ara. The Celtics won an incredible 8 straight championships from 1959 to 1966 and a total of 11 during a thirteen year period that spanned from 1957 to 1969.

The Los Angeles Lakers produced four players who won a total of 8 NBA Regular Season MVP awards. These are Kareem Abdul Jabbar and Magic Johnson who each won the award three times and of course Shaquille O’Neal and Kobe Bryant who won the award once during the Lakers’ career.

Likewise, the Boston Celtics produced four MVPs who won a total of 10 Maurice Podoloff trophies. The great Bill Russell leads the team with five MVP awards while Larry Bird won a total of three. Bob Cousy and Dave Cowens also won one MVP award each for the men in green.

Even if you deduct the likes of of Shaquille O’Neal, Gary Payton, Dominique Wilkins, Artis Gilmore, Bob McAdoo and Pete Maravich who earned their stripes in other NBA franchises, Boston would still have the fair advantage over the Los Angeles Lakers in terms of number of Hall of Fame players.

That’s because the likes of Payton, Karl Malone, Dennis Rodman, Adrian Dantley and Mitch Richmond also played on the Lakers after already becoming superstars in their former teams. Having said that, the Boston Celtics have paved the way for more great players than the Los Angeles Lakers.

The bottomline for many people is Boston’s 17 world titles won, which is the most by any franchise in the history of the NBA. 17 is pretty much impressive but remember that the Lakers aren’t too far behind. In fact, they are just one hardware off the Celtics’ total trophy haul.

If we take that era away, the Boston Celtics would only have just 6 world titles in 8 championship appearances. 6 out of 8 is very impressive but 6 is just half of what the Lakers total would have been ( 12 ) if we take out the 4 title won by the Minneapolis Lakers in the 50’s. Why take out both eras? They played against an average of just 10 teams league-wide. That’s just one thirds the number of competition current teams have to beat to win the gold.

The Lakers have 10 titles from 1980 to present. In 1980, the NBA already had 22 teams. Since 2004, the NBA has expanded to what is now its current 30 team roster. So the Lakers have won 10 world titles by beating at least 19 other teams for the championship. That’s almost twice the number of competition the 60’s Celtics have.

You can’t blame Russell and the Celtics though because it wasn’t their fault that they played against fewer teams. You can also argue that Russell’s Celtics were so good that they would have beaten 29 other teams anyway, had the scenario been that back in their days.

Perfect In The Clutch

But what made those bunch of Celtics great is that they were excellent in the clutch. Bill Russell was an immaculate 10-0 when he played in Game 7s. So while they were not close to unbeatable, Russell’s crew got the big wins that they needed. And that’s what really sets them apart.

The reason why we’re talking about that 60’s dynasty team is because that is the era that makes the Boston Celtics the easy choice as the NBA’s greatest franchise ever. But if we take that era away from the equation, the Celtics would have just six or the same number of titles as Michael Jordan and his Chicago Bulls and just one ahead of Tim Duncan’s San Antonio Spurs.

The Top four teams in terms of titles won are Boston, Los Angeles, Chicago and San Antonio. If you notice, all of teams except the Los Angeles Lakers are defined by a single era and/or franchise player: San Antonio - Tim Duncan, Chicago - Michael Jordan, Boston -Bill Russell.

The Lakers won five titles under Magic Johnson’s Showtime era. They won three during the Kobe and Shaq phenomenon. Bryant won two all by himself after Shaq left Tinseltown. The 1972 title team had Jerry West, Gail Goodrich, Elgin Baylor and Wilt Chamberlain. The 50’s Lakers were led by George Mikan.

So who’s the greatest NBA franchise ever? If your main criterion is the total number of championships won, then it’s the Boston Celtics. But if you consider the consistency and longevity of the success they’ve enjoyed in the NBA, you can’t just overlook the Los Angeles Lakers. After all, they’re just one hardware shy of what’s inside Boston’s trophy case.

The Celtics are universally considered as the greatest franchise in NBA history. But if you take a close look at the numbers, there isn’t really too much separation between them and their arch-rivals Los Angeles Lakers. In fact, you can even make a good argument for the Lakers.