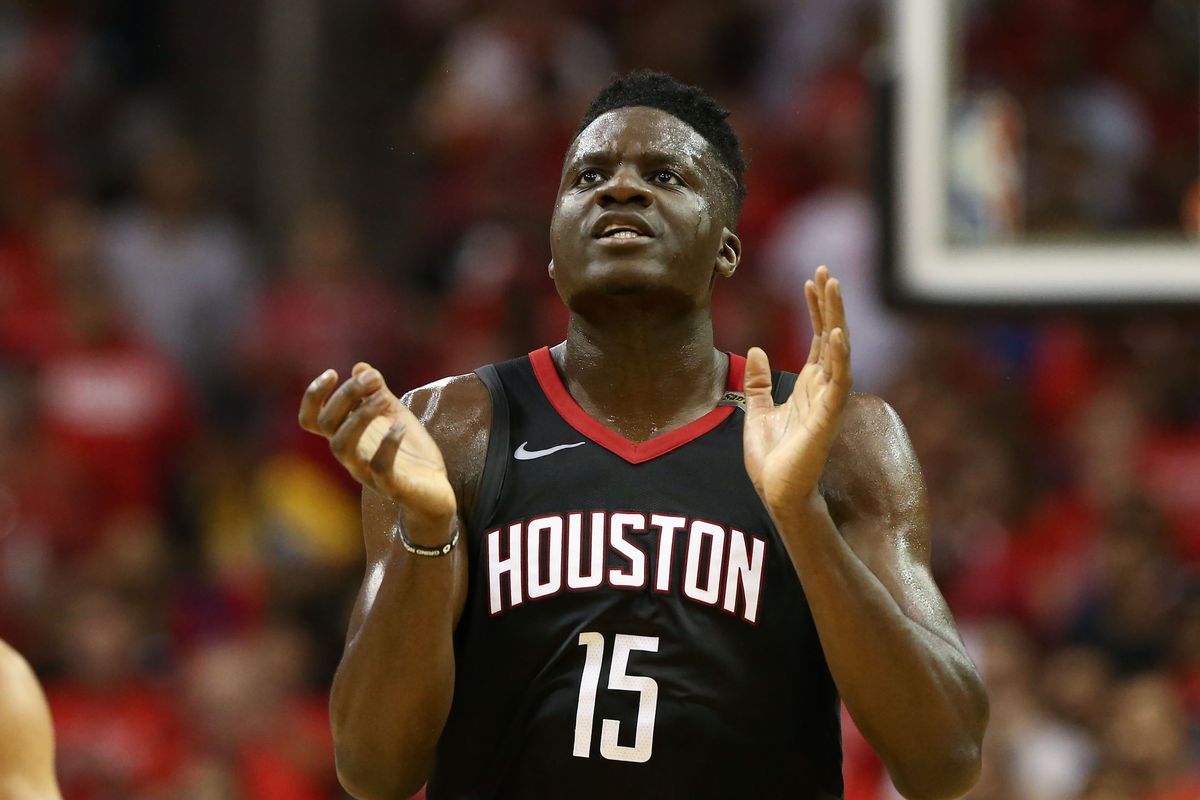 The Houston Rockets Cannot Afford To Lose Clint Capela Too

The 2018 NBA Free Agency period has began and most of the big named free agents have already been signed. However, there are still several key free agents that are still available in the market. One of them is hard not to notice, literally.

Clint Capela has his breakout season with the Houston Rockets last season. The 24 year old center averaged a career high 13.9 points, 10.8 rebounds and 1.9 blocks per game for the Rockets during the 2017-18 regular season. He also shot career highs from the field (.652) and from the foul line (.560) while starting all 74 games he played for Houston.

Without doubt, Capela took the Rockets defense to the next level last season. The Rockets ranked 6th in the NBA in points allowed per game (103.9 points per game) and in defensive efficiency (103.4 points per 100 possessions). During the playoffs, Capela ranked fifth in rebounds (11.6 rebounds per game) and third in blocked shots (2.12 blocks per game).

Capela was a key player for the Rockets during their Western Conference Finals run against the Warriors. He provided the Rockets with rim protection while his ability to play above the rim made him the perfect pick and roll finisher for Harden and Paul. Capela had not just start to reach his defensive potentials, he was also starting to emerge offensively.

Along with Paul, Capela was supposed to be high on the Rockets’ accomplishment list this summer. But while Paul is now locked for another four years, Capela is still a free agent, although restricted. With his potentials, Capela will not be short of suitors this summer and if the Rockets want to return to the Western Conference Finals, they cannot afford to lose Capela.

The Phoenix Suns expressed interest in acquiring Capela last May. But after winning the 2018 NBA Draft lottery, the Suns changed course and picked big man DeAndre Ayton with the first overall pick of the 2018 NBA Draft. Instead, the Suns targeted another Rockets free agent in Trevor Ariza. Phoenix recently signed Ariza to a one year deal worth $15M.

The Dallas Mavericks, another team with cap money and actively looking for a center in the free agent market, quickly came to terms with the Los Angeles Clippers big man DeAndre Jordan. The Atlanta Hawks also have enough cap space but they are more interested in acquiring bad contracts bundled with draft picks. With these prospective suitors eliminating themselves from the Clint Capela picture, the Rockets are taking Capela’s free agency slowly and are not rushing themselves to signing him to a massive deal.

The Rockets approach has reportedly created a “significant distance” between the team and player. According to a report from USA Today, the initial meeting between the Rockets and Capela didn’t go well. The report also said that a “major difference in valuation” has stalled the talks and there is a feeling that the Rockets may be low balling Capela because as we said earlier, his potential suitors are one by one filling up their big man need sans Capela.

Rudy Gobert and Steven Adams, two big men who have similar defensive prowess as Capela, were recently inked to extensions worth around $24M annually by the Utah Jazz and the Oklahoma City Thunder, respectively. If the two could get a deal that they got, then why not Capela?

Even Chicago Bulls guard Zach Lavine, who is coming off a serious injury, was offered a 4 year deal worth $80M. Capela? Rumors are the Rockets are ‘merely’ offering him a deal similar to the 4 year $53M extension given to Nikola Jokic by the Denver Nuggets. But given what he did for the Rockets last season, Capela wants more than Jokic money. 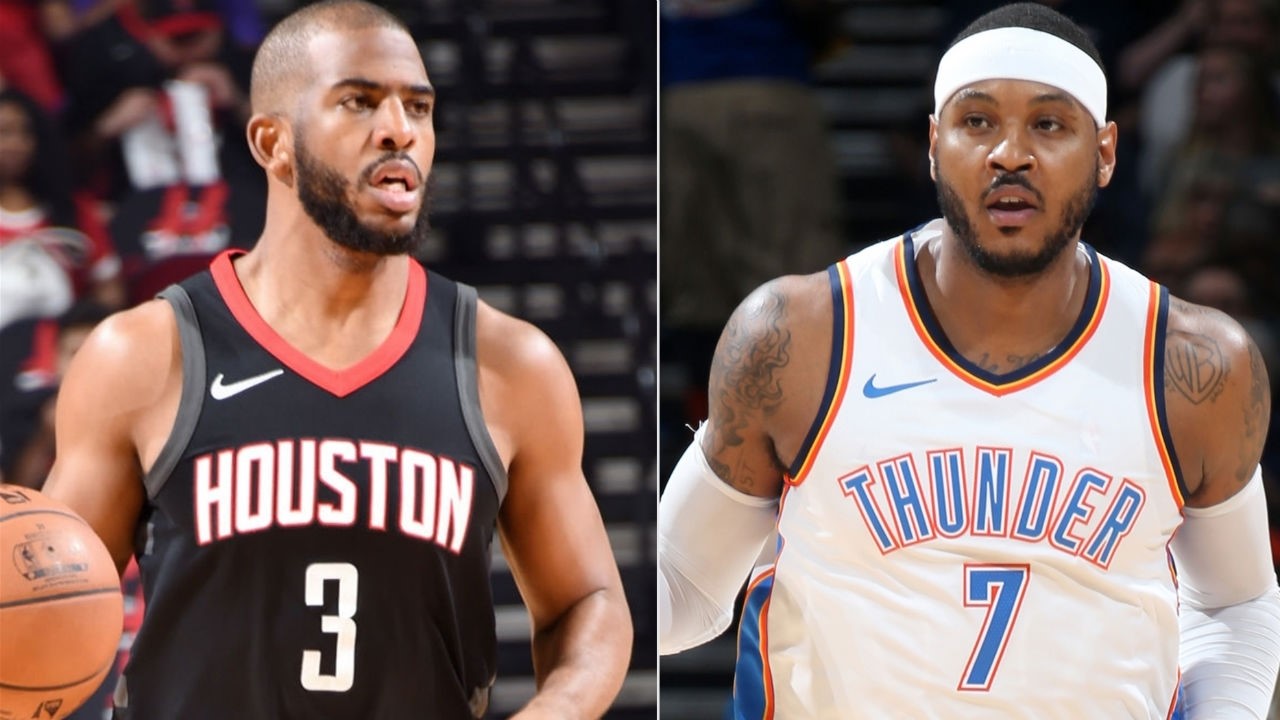 While the Rockets and Capela are in a stalemate, Chris Paul has reportedly been campaigning for the team to sign his banana boat brother Carmelo Anthony. Anthony is said to be eyeing a contract buyout with the Oklahoma Thunder, who could get a significant savings in luxury tax payments with Anthony’s $27.9M contract off their books.

Anthony is a very good friend of Chris Paul. In fact, Melo, CP3, Dwyane Wade and LeBron James were coined as the “banana boat brothers” after the James, Wade and Paul were photographed together riding a banana boat during a vacation. It was during that vacation where James famously toasted his friendship with Wade, Paul and Anthony (who was there with them, but in spirit).

Paul has recently signed a mammoth four year deal worth $160M with the Rockets. Houston acquired Paul last season in a sign and trade deal with the Los Angeles Clippers. In that trade, the Rockets gave up plenty of rotation players just to get CP3 to play alongside Harden. The trade was considered risky but it paid off as the Rockets won a franchise best 65 games last season and took the Golden State Warriors to a seventh game in the 2018 Western Conference Finals.

The 34 year old Anthony averaged 16.2 points per game on 40.2% shooting from the floor in a much diminished role with the Oklahoma City Thunder last season. But despite posting several career lows in different statistical categories, Anthony shot 34.7% from behind the three point line, making a career best 169 three point baskets on a career high 474 attempts.

Should the Rockets pursue Melo, they would somehow neutralize their loss in the three point shooting department when they lost Trevor Ariza. But while Ariza was one of the elite perimeter defenders in the league. Anthony has never been known for his ability to guard opponents.

Adding Anthony would eat up more of the pie that Paul had already taken from what was supposed to be Capela’s contract extension money. Remember that Capela is a homegrown Rocket drafted 25th overall by Houston in 2014. Daryl Morey envisioned him to be their defensive anchor of the future. Capela was beginning to be that last season. But with a high profile player like Chris Paul suddenly inserted in Houston’s plans, Capela has taken a back seat.

It remains to be seen where Capela’s story leads to. But after losing Trevor Ariza, the Rockets defense cannot afford to lose Clint Capela. The Rockets were on the cusp of advancing to the 2018 NBA Finals. They did so not only because of Harden and Paul’s offensive brilliance but also because of Capela’s stellar defense. With the Warriors still upgrading this season, the Rockets cannot afford to lose key pieces. They’ve already lost Ariza. Let’s hope they don’t lose Clint Capela too.