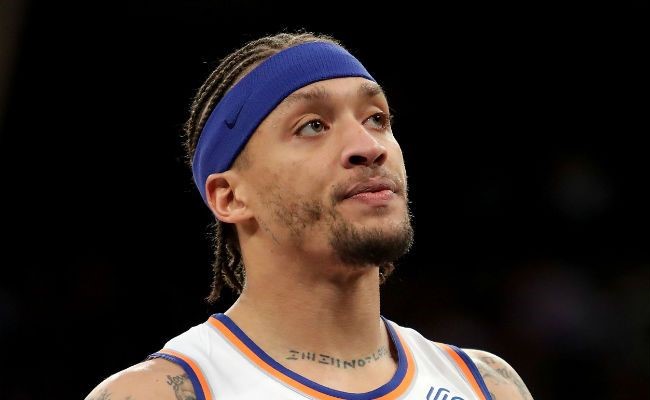 Some players don’t get a second chance in the NBA. Some don’t even get a chance to play in the NBA at all. But Michael Beasley? He played a total of three seasons with the Minnesota Timberwolves and Phoenix Suns in between stints with the Miami Heat. Then Beasley played in China, returned to the Miami Heat a third time, went to China again, then back to the NBA with the Houston Rockets and the Milwaukee Bucks. Did we miss a bus stop? Probably not. But Michael Beasley has played for so many teams, there’s a tendency you could miss one. And to think that he’s only 29 years old. 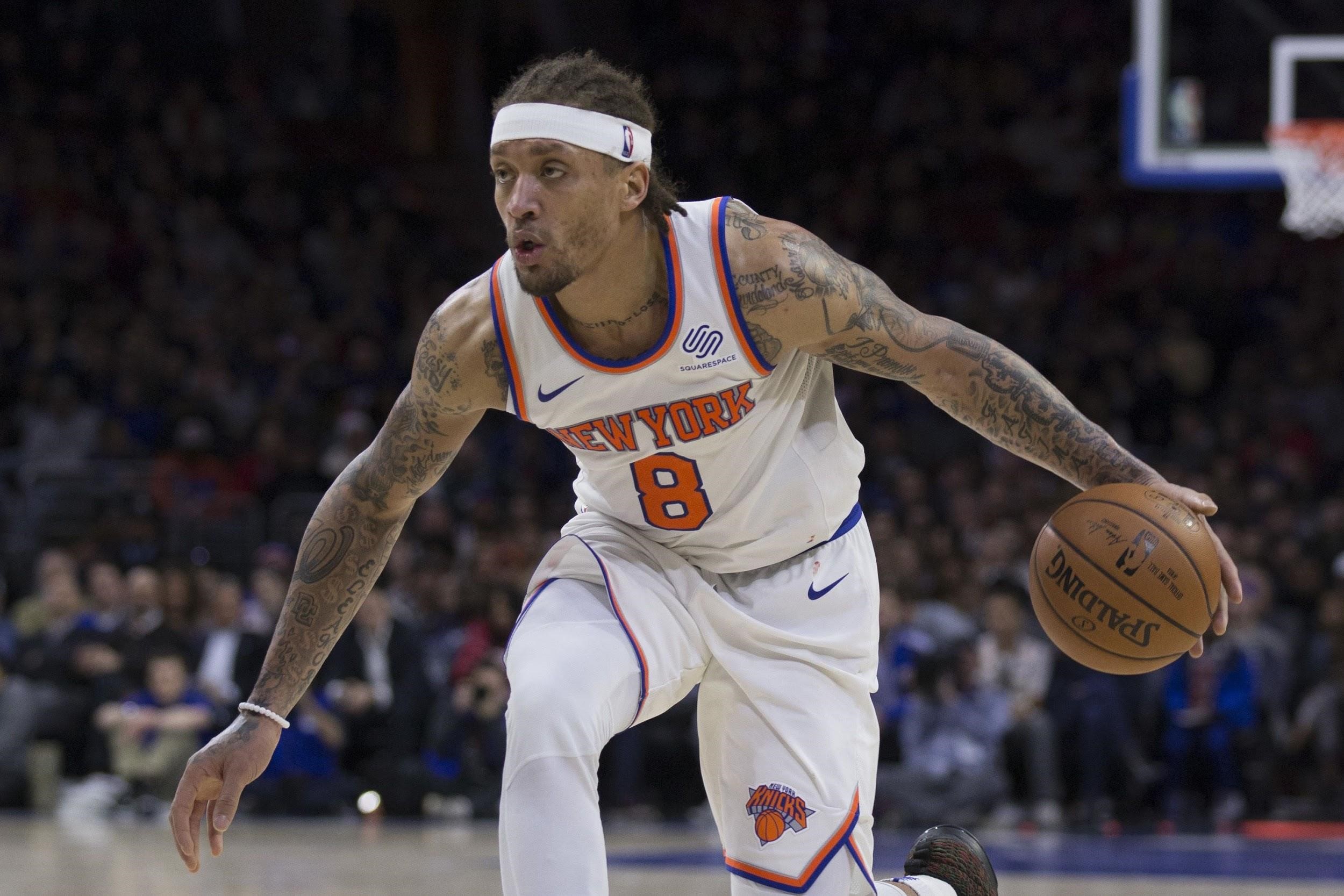 Beasley has not only been a well traveled man. He’s a well-decorated veteran. He’s played in the NBA Finals once and was a member of the NBA All-Rookie First Team in 2009. In college, he was Big 12 Player of the Year and at the same time College Freshman of the Year. He was named to the NCAA Division I All-American First team and in high school, Beasley was the McDonald’s All-American MVP. Even in China, he was CBA All-Star game MVP twice and CBA Foreign MVP in 2016. Despite all these accolades, Beasley could never find a home - in the NBA or even in China.

The closest thing that Michael Beasley could call home was the Miami Heat. Miami drafted him 2nd overall in the 2008 NBA Draft. After playing two season in Miami, Beasley was traded to the Minnesota Timberwolves. Beasley bounced around the league and the world even but he still found his way back to Miami two more times. But while Miami signed him thrice, they also released him thrice. After we thought that we’d seen the last of Michael Beasley, he had a triumphant NBA return last season.

After the Knicks traded Carmelo Anthony to the Oklahoma City Thunder, New York signed Michael Beasley to fill in the void. No, not as the team superstar but to provide the Knicks some scoring punch to compliment Kristaps Porzingis. But Porzingis suffered a season ending ACL injury in February and Beasley was put to more use. The 6-9 Kansas State forward stepped up, delivering his best statistical season since 2011.

Beasley played 74 regular season games (the most he’s played since 2013) for the Knicks last season and he averaged 13.2 points, 5.6 rebounds and 1.7 assists per game in 22.3 minutes per game of playing time. Beasley shot the ball at a high .507 percentage from the floor and an impressive .395 from behind the three point line.

He also started 30 games for the Knicks, averaging 16.0 points, 6.4 rebounds and 2.3 assists per game in the New York starting unit. Beasley shot a terrific .467 from the three point area as a starter. Without Porzingis, the Knicks finished the 2017-18 season with a 29-53 record, 11th in the East. But for Beasley, it was a triumphant return to the NBA where he truly belongs.

Beasley was a beast both in high school and college. Rivals.com ranked Beasley as the #1 high school prospect in 2007. The 2007 McDonald’s All-American MVP had a sensational freshman season at Kansas State. He averaged 26.2 points and 12.4 rebounds per game in his first collegiate season, leading the nation in rebounding and ranking third overall in scoring. Beasley led the nation in double doubles (28), 40 point games (3), 30 point-10 rebound games (13) and 20 point-10 rebound games (22). He would forego his final three seasons of eligibility to declare for the 2008 NBA Draft. As expected, Beasley was picked 2nd overall behind Derrick Rose.

But Beasley never got to realize his potentials in the NBA. He got into trouble a lot of times, from marijuana use to a sexual assault case. On the court, Beasley was a liability on defense although he was a super scorer. He always got his minutes because he could score, but coaches couldn’t play him in the playoffs because he wasn’t a good defender. 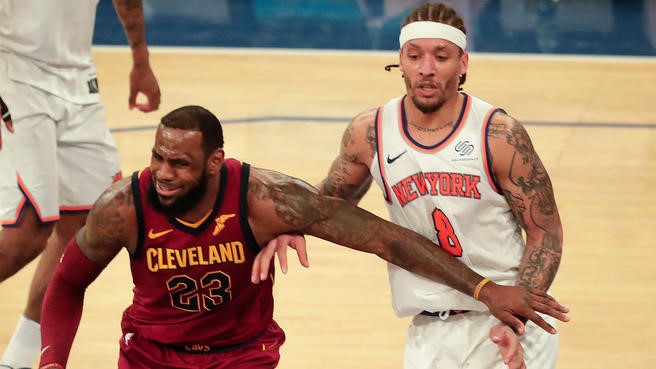 Returning to the NBA via the Knicks last season was impressive for Beasley. And now, he’s gone from returning to NBA to playing for one of the most popular teams in the league. Likewise, he will be teaming up with the best player in the world in LeBron James.

Last week, Beasley added another item to his itinerary: Los Angeles. The former #2 overall pick of the 2008 draft has agreed to a one year $3.5M deal with the Los Angeles Lakers. Beasley thus joins Rajon Rondo, Lance Stephenson and Javale McGee as LeBron James’ supporting cast in Los Angeles.

Incidentally, Beasley teamed up with James in 2014 when the Heat made a run to the NBA Finals. Reportedly, James was a fan of Beasley’s offensive skillset and the two never had issues while they were teammates. With Beasley’s ability to space the floor and his creativity on offense, LeBron James certainly likes this addition for the Lakers.

When the Lakers signed LeBron James, everyone thought that they would add another superstar to pair with the King. But instead, the Lakers passed on DeMarcus Cousins and didn’t trade the entire team for Kawhi Leonard. They signed Rajon Rondo, Javale McGee, Lance Stephenson and now Michael Beasley. LeBron’s gang may look like a bunch of misfits but these veterans are talented and have playoff and championship experience.

Obviously, the Lakers weren’t in a rush to add superstars to their line-up. They picked up James and stopped their superstar fishing after that. What they did instead was sign veterans to one year deals that would give them the financial flexibility when the likes of Kawhi Leonard, DeMarcus Cousins and Klay Thompson will be free agents.

Los Angeles knows that with LeBron James, they will always have a good shot at making the playoffs. The team may not be good enough on paper to challenge the Golden State Warriors in the postseason but with that kind of playoff experience, who knows what the Lakers have under their sleeves.

As for Beasley, he will never be able to justify his draft rank of #2. Remember that he was picked ahead of the likes of Russell Westbrook, Kevin Love, Danilo Gallinari, Eric Gordon, Serge Ibaka, Nicolas Batum, George Hill, DeAndre Jordan and Goran Dragic. But while he can no longer become a star in the NBA, he has an opportunity to prove that he belongs. Los Angeles is just a one year gig. Here’s hoping that Beasley is going to find his forever home in the NBA. The guy may not be perfect. But his perseverance to return to the league is something that should be an inspiration to those who dream of playing in the NBA someday. It doesn’t matter how many times you fall, what’s important is that you get up after each setback.