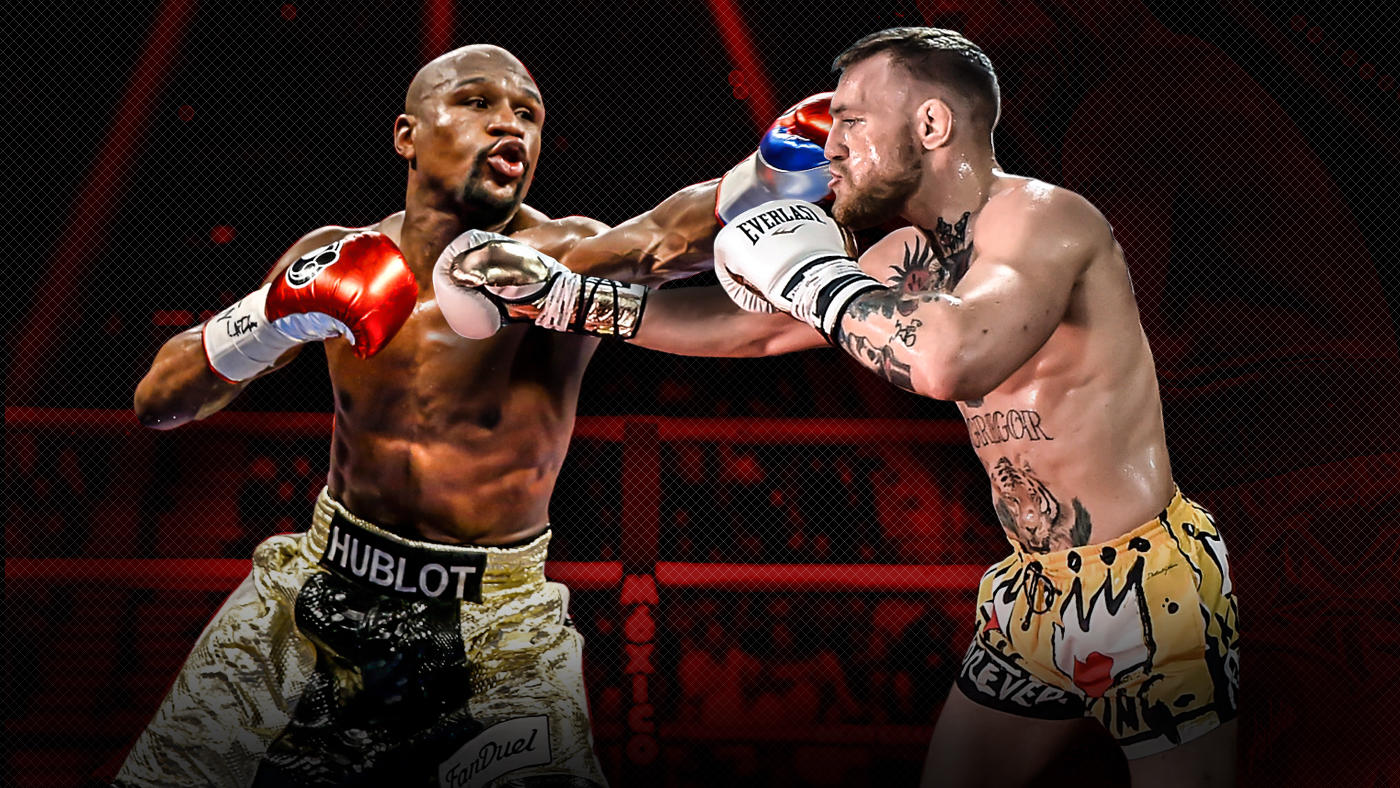 Conor McGregor landed more punches on Floyd Mayweather Jr. than some of Money’s note worthy opponents. He also landed at a better percentage than many of Floyd’s world champion boxing opponents. But does that mean that McGregor did better? Not necessarily.

According to Compubox stats, McGregor landed 111 of 430 punches on Mayweather. That’s more than what boxing greats Miguel Cotto ( 105 ) , Shane Mosley ( 92 ) Andre Berto ( 83 ), Manny Pacquiao ( 81 ) , and Juan Manuel Marquez ( 69 ) did against Mayweather. McGregor’s 26% accuracy on his punches also tied Marcos Maidana ( first fight ) for the highest percentage of accuracy landed on Mayweather by any opponent since 2012.

The numbers are startling and even amazing, considering that it was McGregor’s first professional boxing bout and considering that he has no amateur boxing experience. In contrast, all the fighters named above and all the fighters Mayweather has faced since 2012 are current or former world champions. So does this mean that Conor McGregor was better at fighting Mayweather than these champion boxers? Maybe not.

When Conor McGregor fought Floyd Mayweather Jr., he fought him after the longest layoff of his career. The last time Mayweather fought was in September 2015 when he defeated Andre Berto. Not that Mayweather showed any signs of ring rust or whatsoever, but at age 40 and coming off a two year hiatus, he certainly needed a couple of rounds to get going. Or did he?

McGregor seemed to find success early. He touched Mayweather several times with his left hand and even surprised with a jab that appeared to keep Mayweather at bay. But after outlanding Mayweather 51-40 in total punches thru round 5, boxing’s longtime pound for pound best fighter outscored the Irishman 130-60 in total punches landed from rounds 6-10. A tale of two fights? No, it was exactly what Floyd Mayweather Jr. wanted to happen.

"Our game plan was to take our time, go to him, let him shoot his shots early and then take him out down the stretch," said Mayweather after the fight. "We know in MMA he fights for 25 minutes. After 25 minutes, he started to slow down. I guaranteed to everybody that this wouldn't go the distance.”

Before Saturday night, Floyd Mayweather Jr. already guaranteed that the fight won’t go to the scorecards. He promised to throw bombs at McGregor instead of employing his usual defensive style of fighting. In doing so, let himself take some in order to land some of his most devastating counter punches.

Conor McGregor boasted of a left hand that nobody could take. Against Mayweather, it was a left hand lesser boxers could take. No question that McGregor is one of MMA’s best knockout punchers. He has 18 knockouts in 21 career MMA wins. But he was knocking fighters out on four ounce MMA gloves. He fought Mayweather with eight ounce boxing gloves.

It was clear from the beginning that McGregor never had the power to stop Mayweather. Sure, he touched Floyd every now and then but Mayweather never changed tactics and continued to stay in the pocket with the bigger McGregor. Fight stats will show that McGregor landed 84 out of 332 power punches against Mayweather. Well, if those were indeed powerful punches, then why did Floyd look like Pretty Boy at the end of the fight?

Aside from power, McGregor said his advantages would be his size and youth. For sure, he must’ve weighed at least 170 pounds on Saturday night and it didn’t help him at all. At the beginning of the fight, he looked sharp and was moving well with his switch of stances. That may have surprised Mayweather but after three rounds, McGregor appeared to fade perhaps because he put on too much weight overnight. Size was never a factor.

McGregor was almost a dozen years younger than Mayweather but as the fight went on, he looked like he was the older man. As the fight reached the halfway mark, McGregor’s punches no longer had their sting ( as if the earlier ones did ). On the other hand, Mayweather’s punches were crisp, fast and powerful. For a while we thought if we were really watching the boring Floyd Mayweather. Youth? McGregor looked like an old man with spaghetti legs when Robert Byrd stopped the fight.

Even though McGregor looked sharp early, he didn’t have a sound defense. His face was a sitting duck target and Mayweather often connected cleanly. Final punch stats revealed that Mayweather landed 53% ( 170/320 ) of his total punches including 58% ( 152/261 ) of his power punches on McGregor.

Against Pacquiao, Mayweather landed 53% ( 81/168 ) of his power punches and only 34% ( 148/435 ) of his total punches. If we dig up the numbers for Cotto, Canelo, Mosley and the rest, Mayweather’s accuracy surely won’t be as good as they were against McGregor. That’s because these world class boxers have world class boxing defense. Conor McGregor can defend takedowns and submissions. But he can’t stop Mayweather from landing beautiful counter shots on him.

Putting on A Show

Let’s face it, the fight lasted 10 rounds only because Mayweather wanted to put on a show. He wanted to give the fans their money’s worth. After all, what’s 10 rounds to the $100M guarantee and the estimated $200M he will make for shutting up McGregor. And yes, the victory gives him 50-0, the separation between him and the legendary Rocky Marciano.

But don’t forget to give Conor McGregor his due too. He may not have won the fight but he certainly won respect. Most didn’t expect him to do what he did. And even if we say Mayweather carried him for 10 rounds, he showed tremendous boxing skills for a beginner. What he did was spectacular for a pro debut, especially since he did it against the best boxer of this generation.

This was a win-win situation for Conor McGregor. And as he says, he never loses. He either wins or he learns a lesson. He made a guaranteed $30M against Mayweather. That’s ten times bigger than the highest purse in MMA history ( which he made for his rematch with Nate Diaz ). If there was a lesson Conor learned on Saturday, it was that boxing is still the richer sport than MMA.

As he said, Floyd Mayweather Jr. will finally hang up his gloves. Many boxing pundits will question win #50 but at 50-0, he is the richest fighter ever. Mayweather becomes the third athlete in sports history to make over $1B over the course of his career. The other two are Michael Jordan and Tiger Woods. As for being TBE, that is another story.

Conor McGregor will return to the UFC still as the promotion’s only concurrent two division world champion. With the likes of Jose Aldo and Khabib Nurmagomedov waiting for him, he will have more lucrative fights ahead. Among his compatriots, his legend has even grown. He fought the best boxer of this generation under strict boxing rules and ‘gave him a hell of a fight’. More importantly, he’s at least doubled his net worth with his Mayweather payola. Not bad for someone who became the exclamation point at the end of Floyd Mayweather Jr.’s career.