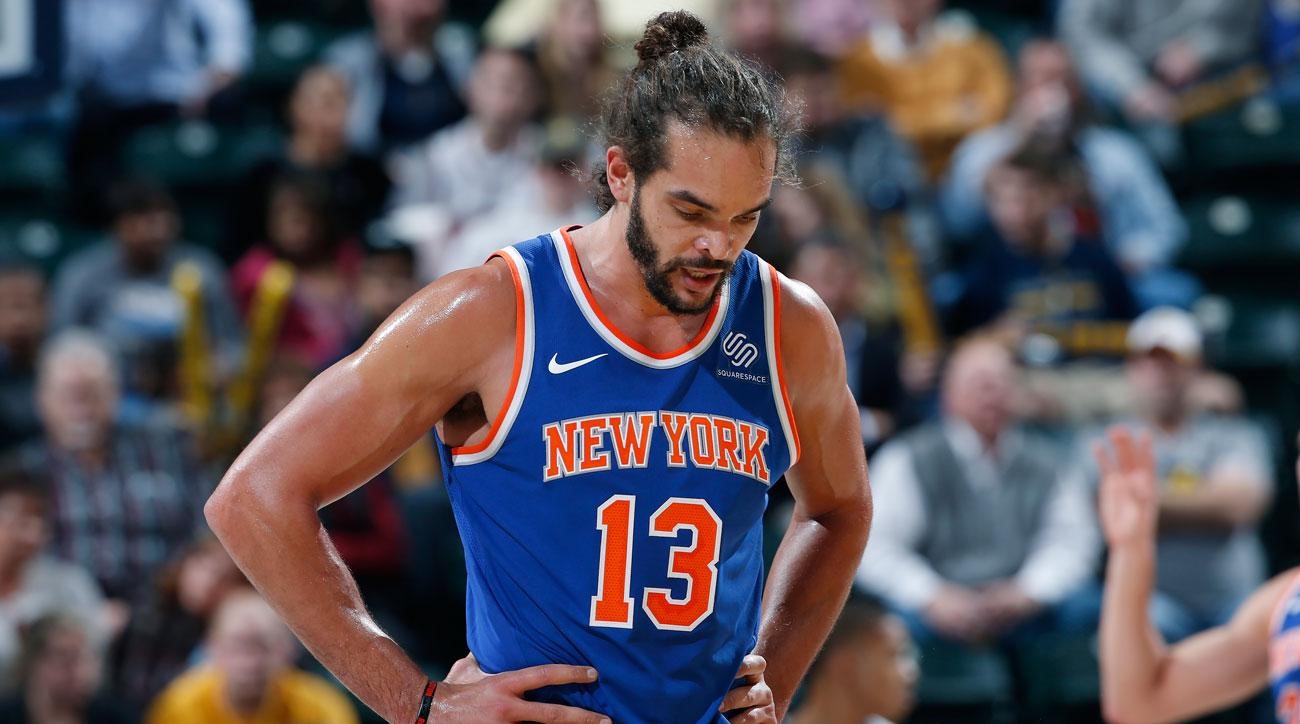 The New York Knicks Finally Rid Themselves Of Joakim Noah

The New York Knicks can now finally look ahead.

The Knicks announced on Saturday that they have waived center Joakim Noah and that the team will use the stretch provision to settle the final year of his contract with the team. Because Noah is still under contract with the team for two more seasons, the Knicks will carry hsi full 2018-19 salary on their books but will have some relief next season because of the stretch provision.

This move is seen as not only ridding themselves of a sure locker room issue but also of planning ahead for the 2019 free agency. The Knicks hope that they could raise enough salary cap space to be able to lure one of the top free agents of next summer. With New York adding 2018 lottery pick Kevin Knox to their young core of Kristaps Porzingis, Tim Hardaway Jr and Frank Ntilikina, the Knicks are confident that they will be able to attract a big name star next summer.

It Never Worked Out

Former New York Knicks President Phil Jackson signed Joakim Noah to a four year deal worth $72M during the crazy free agency period of 2016. Jackson had hoped that Noah would regain his All-Star form in his hometown and provide the Knicks the much needed toughness, especially on the defensive end of the floor.

Noah brought with him impressive credentials from Chicago. He was a two-time All-Star and the 2014 NBA Defensive Player of the Year winner. He was a big man who played with a great motor and plenty of fire. He was a leader who was supposed to be the model for the young Knicks to emulate. But things never worked out between the Knicks and Noah.

He played only 46 games during the 2016-17 season due to various minor injuries and an arthroscopic surgery on his left knee. In February 2017, Noah was suspended for 20 games due to a doping violation. The suspension would carry over to the start of the 2017-18 NBA season.

He never got into the Knicks’ rotation and he separated from the team last February after a heated verbal argument with former Knicks’ head coach Jeff Hornacek. The two reportedly almost came to blows during a West Coast practice session and had to be physically separated. That was the last straw.

The Knicks tried to get rid of Noah by trading him. However, because the team was unwilling to add young talents and/or future draft picks to the deal, they were really never close to getting a good offer for their troubled big man. As the season winded down, it seemed that the only way out for Noah would be to buy him out or stretch him.

Not Yet Enough For A Max Contract

2019 is considered a talent rich free agency season with the likes of the Golden State Warriors Kevin Durant, Klay Thompson and DeMarcus Cousins, the Toronto Raptors Kawhi Leonard, the Minnesota Timberwolves guard Jimmy Butler and the Charlotte Hornets Kemba Walker among others. Boston Celtics point guard Kyrie Irving is also in the list although Irving earlier announced that he intends to re-sign with the Celtics.

While the savings on Noah’s salary gives New York more wiggle room to operate in the 2019 free agency, it doesn’t give the Knicks enough money ( by itself) to sign a max free agent outright. If the Knicks don’t give Kristaps Porzingis the max rookie extension by Monday, October 15th, they will have $31M in free cap space to work with next summer.

Under the NBA’s maximum salary contract rules, the projected maximum salary that a team can offer a player with a tenure of seven to nine years is $32.7M per year. On the other hand, a player who has played for at least 10 years in the NBA is eligible to be given a max contract of $38.15M.

So while the Knicks will have more cap space next summer as a result of stretching Noah, they will need to pull off at least one more salary dump to be able to offer a max contract in the summer of 2019.

Top Target May Be Off The Market Already

The Knicks reportedly had already set their eyes on Irving for next summer. The Celtics’ point guard has been linked to the Knicks all summer long because of a previous declaration that he wanted to play close to home.

Those rumors intensified when Minnesota Timberwolves guard Jimmy Butler liked an Instagram post insinuating that he and Irving will be teaming up in New York next season. Even Knicks unicorn Kristaps Porzingis expressed his excitement if indeed Irving is coming to the Big Apple next season.

But Irving shut those rumors down at the start of the month when he told an audience of Boston Celtics season ticket holders during a media event that he intends to re-sign with Boston next summer. While that is not set in stone, it effectively eliminates Irving from New York’s top target list.

As for Butler, he is still on the market given that his situation in Minnesota isn’t over yet. But Butler could still end up being traded to a team whom he might want to consider signing with next season. There is also the possibility of Butler gutting it out with the Wolves this season and leaving in the 2019 free agency.

Sure, Butler has signified his desire to play for the Knicks next season but with Kyrie Irving most probably not looking at the Knicks right now, it remains to be seen if Jimmy Butler is still interested in playing for New York. Despite all these, it’s still good that the Knicks have enough money to lure a superstar to team up with Kristaps Porzingis. And it’s much better that this young team begin the 2018-19 NBA season with a clean slate, with no excess baggages on board. With Joakim Noah now gone, David Fizdale finally gets a fair chance at coaching the Knicks. As for Noah, he will become an unrestricted free agent and ready to resume his career, if there are still any takers.