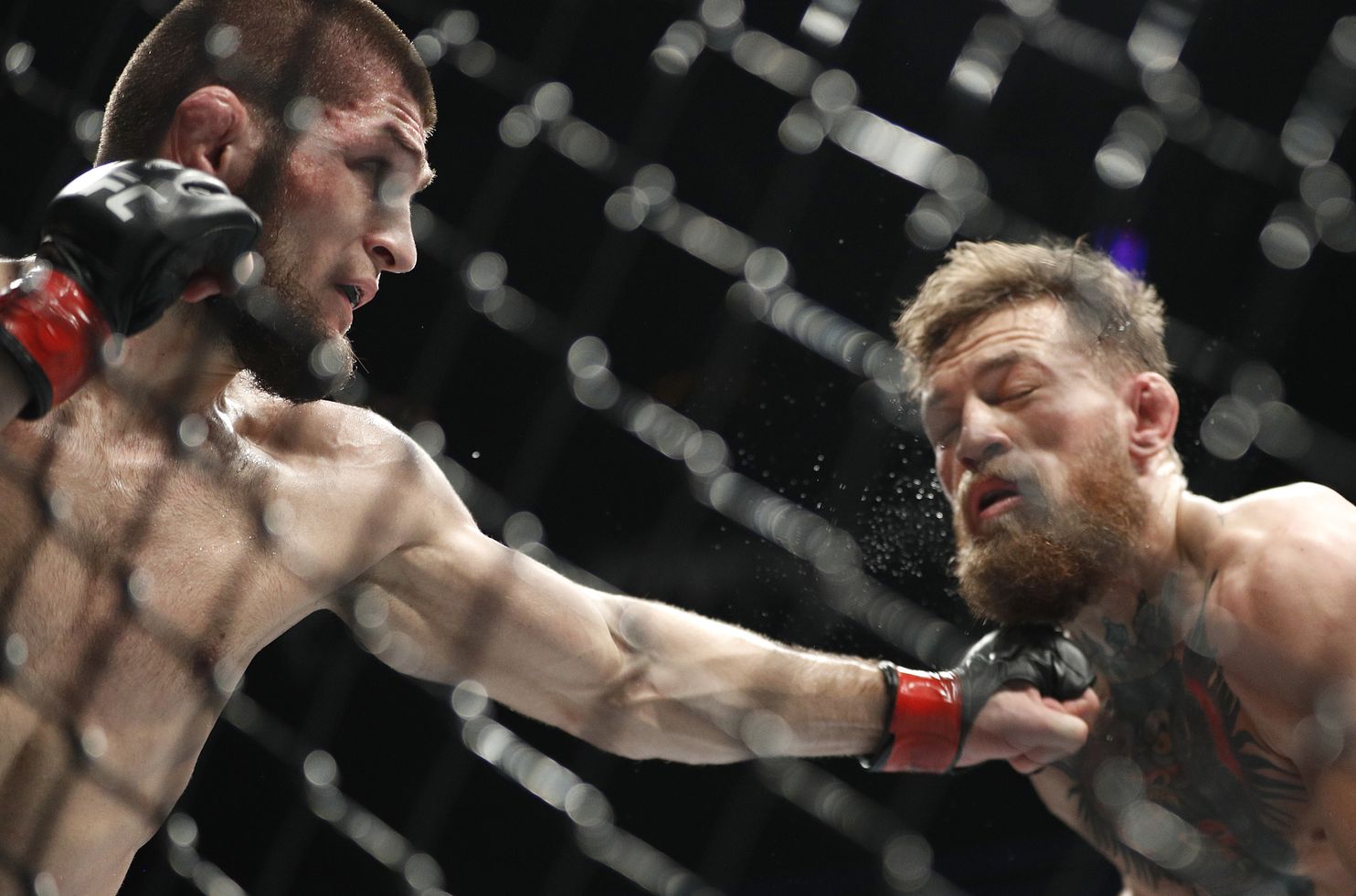 The Plot Thickens For Khabib vs McGregor

Time they say heals all wounds. But such is not the case with the biggest story in the UFC in years.

After everyone had already said their piece about last weekend’s post-fight brawl at UFC 229, we though the issue would slowly die down.

Khabib Nurmagomedov already apologized for starting the whole incident. UFC President Dana White had “softened” his stance on Khabib getting stripped of his title, McGregor head coach John Kavanagh saying he was hoping Khabib doesn’t get a stiff suspension from the Nevada State Athletic Commission. And well, Conor McGregor being Conor McGregor-apologizing to no one. 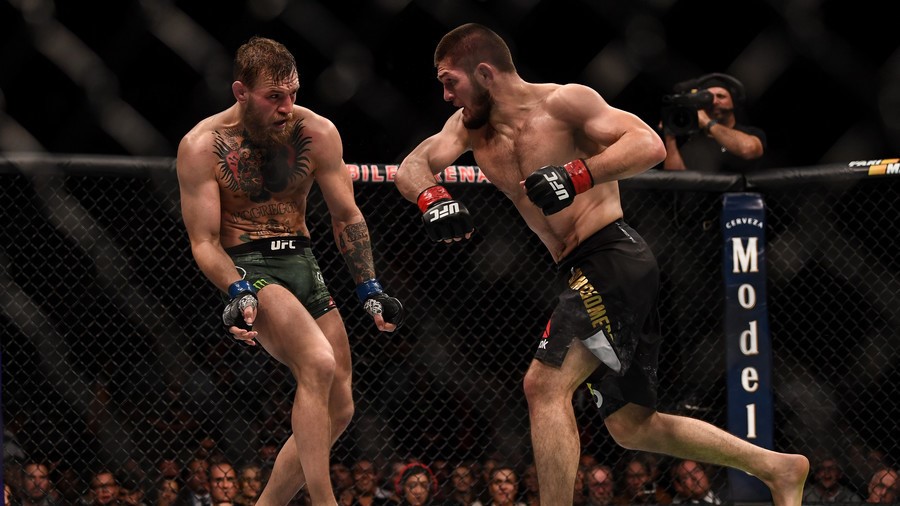 It seemed like all we were going to wait for was the result of the NSAC’s investigation and then go from there and book the next fights for the parties involved. But we were wrong. Apparently, this is more than business and sport.

Conor McGregor thinks this is just business. Didn’t he say that to Khabib after the end of the third round when Nurmagomedov already started smashing him inside the octagon? Less than one day after the fight and the brawl, he already tweeted about “looking forward to the rematch” and “the war isn’t over”. You can’t blame him though because he made a reported $57.5M for getting smashed and will stand to earn even more in a rematch-where he’ll likely get smashed again.

But as far as Khabib Nurmagomedov is concerned, this is more than business. In fact, Khabib says he doesn’t mind the NSAC holding his fight purse. He doesn’t even care about the UFC at all. For a guy who didn’t say much when McGregor was trash talking about him, his family, his country and his friends, Nurmagomedov’s recent message to the UFC was long, sincere and said with plenty of conviction. Said Khabib via Instagram:

Why didn't you fire anyone when their team attacked the bus and injured a couple of people? They could have killed someone there, why no one says anything about insulting my homeland, religion, nation, family?Why do you have to punish my team, when both teams fought. If you say that I started it, then I do not agree, I finished what he had started.

In any case, punish me, @zubairatukhugovhas nothing to do with that.
If you think that I’ll keep silent then you are mistaken. You canceled Zubaira’s fight and you want to dismiss him just because he hit Conor. But don’t forget that it was Conor who had hit my another Brother FIRST, just check the video.

if you decide to fire him, you should know that you’ll lose me too. We never give up on our brothers in Russia and I will go to the end for my Brother. If you still decide to fire him, don’t forget to send me my broken contract, otherwise I'll break it myself.

And one more thing, you can keep my money that you are withholding. You are pretty busy with that, I hope it won’t get stuck in your throat. We have defended our honor and this is the most important thing. We intend to go to the end. #Brothers

Those are straight facts right there from someone who thinks this is more than business. You know people say that when you do you job you only have to do it professionally and set your personal feelings aside. But even in a regular day job, when a client or customer crosses the line, it sometimes lights up a fuse inside of you.

Conor McGregor is used to using people to sell his fights. He’s been using his gift of gab to help the UFC market his bouts but at the expense of his opponents. And then when the fires are lit, he’ll just say let’s kiss and make up because after all, everyone makes money out of the fans paying to watch their show. But as they say, one day we all will meet our match. McGregor and the UFC have met theirs in Khabib Nurmagomedov.

Finally, there is someone who is willing to stand up for the double standard that has been happening in the UFC. Finally there is someone who represents what MMA should be about: sport, pride and honor. Not money. For the UFC, it has always been business first before the sport. Of course, you have to realize that the WME-IMG paid billions to buy the UFC. Of course you have to understand they have to maximize profits in order to get a return on their investment. But at the expense of MMA?

After McGregor won the UFC featherweight title, the UFC held the weight class hostage by allowing McGregor to fight Nate Diaz twice at a different weight class. Then they gave McGregor a title shot at lightweight when he wasn’t even ranked at that division and when there were plenty of lightweights who had worked their way up the rankings to get a title shot. When McGregor beat Eddie Alvarez, they allowed him to hold the lightweight belt hostage for over a year before finally stripping him last April at UFC 223. And yes, they allowed McGregor to fight Floyd Mayweather Jr. inside boxing bout even if McGregor had a contract with the UFC. What McGregor wanted, he always got them. But what about the rest of the UFC? We can go on listing one incident after another. But let’s just pick two.

Daniel Cormier is set to face Derrick Lewis at the main event of UFC 230. The bout will be for the UFC heavyweight title and while Lewis is the #2 ranked contender, he had just fought last weekend and wasn’t expecting an immediate (literally immediate) title shot. On the other hand, former champion Stipe Miocic, whom Cormier beat with a lucky punch, has been asking for a rematch for months but Dana White wouldn’t listen. Didn’t White say that after a knockout loss like his, an immediate rematch isn’t a good idea? But what about after McGregor easily tapped to Nate Diaz, didn’t White give McGregor an immediate rematch?

Stipe Miocic defended the UFC heavyweight title more than anyone in history. If there is someone who deserves a shot at Daniel Cormier’s luck, it’s Miocic. If DC beats him again, then that’s the time you don’t listen to Miocic.

And then the second one is Daniel Cormier’s next fight after UFC 230. Didn’t Dana White said after DC beat Miocic that the next fight to make would be Daniel Cormier vs Brock Lesnar? Isn’t Lesnar a multiple time drug violator who hasn’t fought inside the octagon since UFC 200? He isn’t even in the rankings yet White is very willing to give him a title shot? Sure, White is saying now that he’s giving Lewis, the #2 ranked contender, the first crack at Cormier. But he’s only doing so because he honestly doesn’t think that the Black Beast can beat DC on less than one month’s notice and after a hard 15 minute bout with Alexander Volkov last weekend. If White thinks Lewis can knock out Cormier, he wouldn’t have risked the DC vs Lesnar fight at all. Not Dana White.

Look, I’m no fan of Stipe Miocic. But if you give Derrick Lewis and then Brock Lesnar the first two cracks at Daniel Cormier, that’s just not fair. But fair doesn’t exist in the mind of Dana White. Only PPV buys and gate receipts do. Obviously, Miocic isn’t a draw. Brock Lesnar is the biggest draw not named Conor McGregor. Of course, McGregor is McGregor. But now White and McGregor have met their match in Khabib.

Let us not like Khabib for starting the UFC 229 brawl. But let us be a fan of him for taking a stand against the system that has turned the sport of MMA to a poor version of the WWE. Conor McGregor and Dana White thinks it’s purely business but it’s not. And in this era where money is king, there still exist true fighters like Khabib Nurmagomedov who are in it for honor.