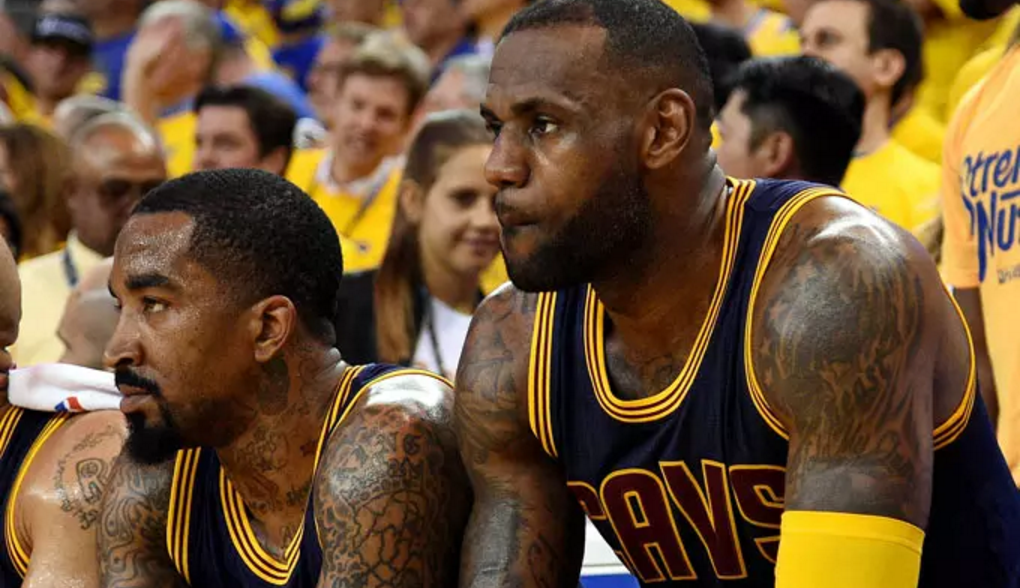 The Problem With The Cleveland Cavaliers

The Cleveland Cavaliers are having all sorts of problems. The team hasn’t been just losing games, they’ve been losing them at a manner never before seen in the LeBron James era.

The Cavs have lost four straight games by a total margin of 63 points. That’s worse than the combined 61 point losing margin they had when they lost four in a row in 2004, when James was still a rookie.

After a 114-95 drubbing at the hands of the New York Knicks, the Cavs had a Halloween Party hosted by LeBron James and had a team meeting to resolve their issues. The result? A 124-107 home loss to the Indiana Pacers on November 1.

James wasn’t worried when they lost to the Knicks. He even joked about it by asking a reporter what month it was. After losing to the Pacers on Wednesday, James singled out his turnovers as their downfall ( He had 8 in the game ) . He also made special mention of ‘how the ball went in’ for the Pacers.. Said James:

“Sometimes the ball just didn't bounce our way. I mean, I remember one of our rotations Cory Joseph hit a 3 that went around the rim three or four times and went in, and [Victor] Oladipo hit a bomb behind a pick-and-roll on me. They hit one on JR [Smith] as well. Those are well-guarded. And a lot of our possessions were well-guarded, they just made them."

Made them was perhaps an understatement. Indiana rained three pointers on Cleveland at the Q. The Pacers shot 16-26 (61.5% ) from downtown. The only other team to make at least 60% of at least 25 three point attempts against the Cavs in Cleveland were the Orlando Magic who went 19-31 ( 61.3% ) against the Cavaliers on December 28th, 2010. 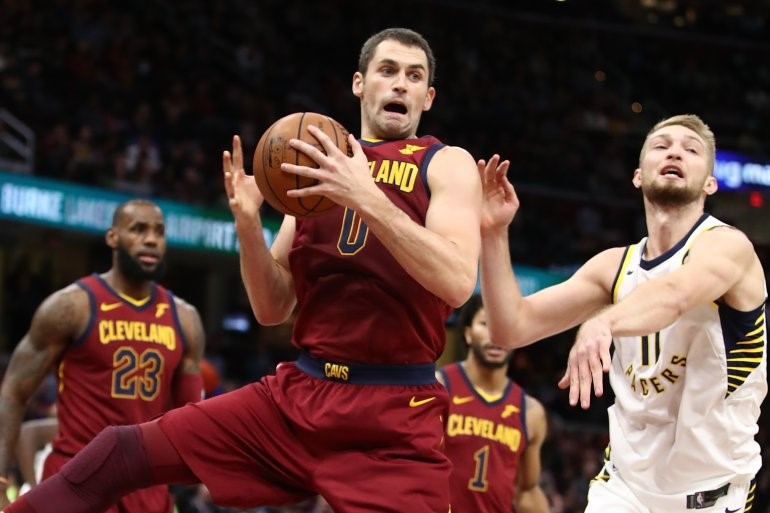 But while James was correct in saying that Indiana got a lot of help from the basketball gods with their three pointers in that particular game, his team’s three point defense has been atrocious this season. Cleveland is allowing its opponents to hit 41.8% from beyond the arc, by far the worst by any team in the league this season.

Overall, Cleveland is giving up 1119 Points Per Game, 26th among 30 NBA teams.
Not that James’ previous teams were defensive elites, but none of his team that made the Finals in each of the previous three seasons were this bad from the defensive end. So now you ask what happened this summer that led to this? 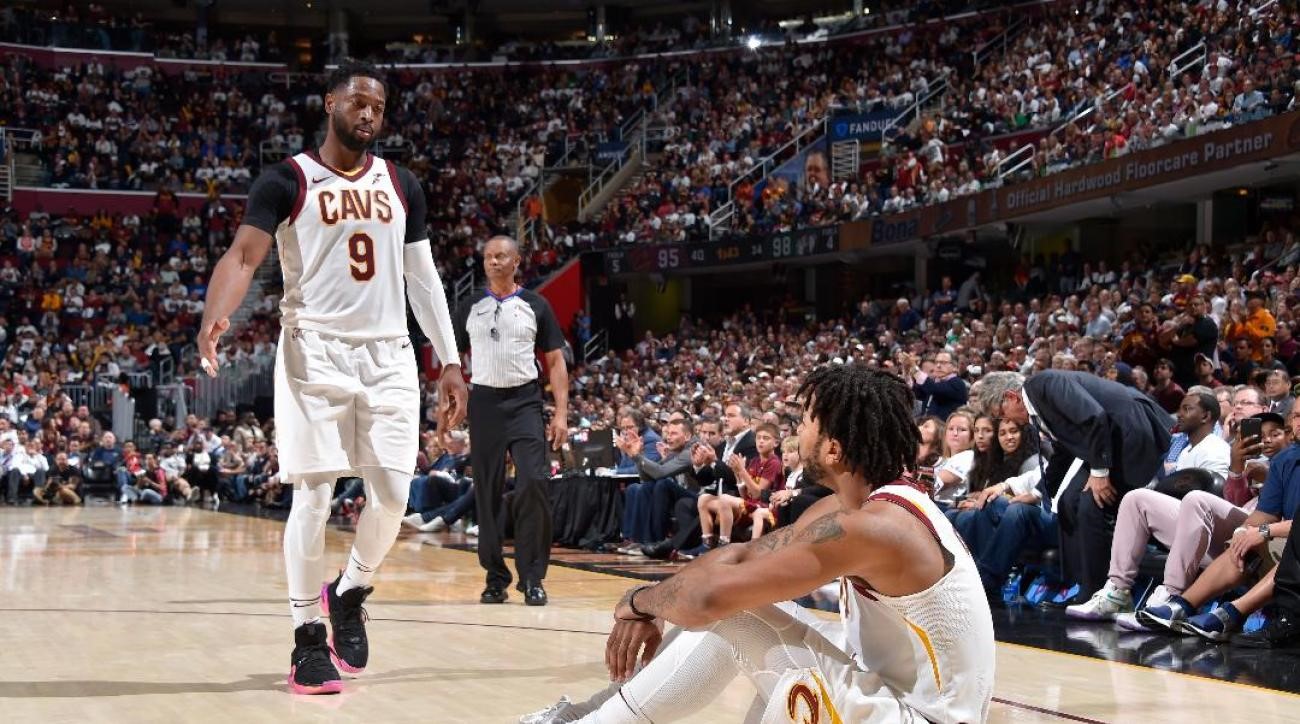 For starters, the Cavs appeared to have gotten better despite losing Kyrie Irving. They got Isaiah Thomas and Jae Crowder from that trade. They also added Derrick Rose, Jeff Green and Dwyane Wade without having to give up any assets. So how could they have gotten this bad?

According to RealGM, the Cleveland Cavaliers have the oldest team in the NBA, based on average age at 30.1. Now 30.1 isn’t too old when you come to think of it individually but when you’re a team playing against younger, faster, stronger and more athletic opponents, that’s a problem. And apparently, that’s one of the Cavs’ main problems.

Getting old means not getting any faster or simply put, it makes you a lot slower. That’s perhaps why the Cavs aren’t getting back on defense faster nor are they quick to react to offensive sets. The proof of that? The Cavs Defensive Efficiency of 111.3 points per 100 possessions is 29th among 30 NBA teams.

Too Many Weak Spots 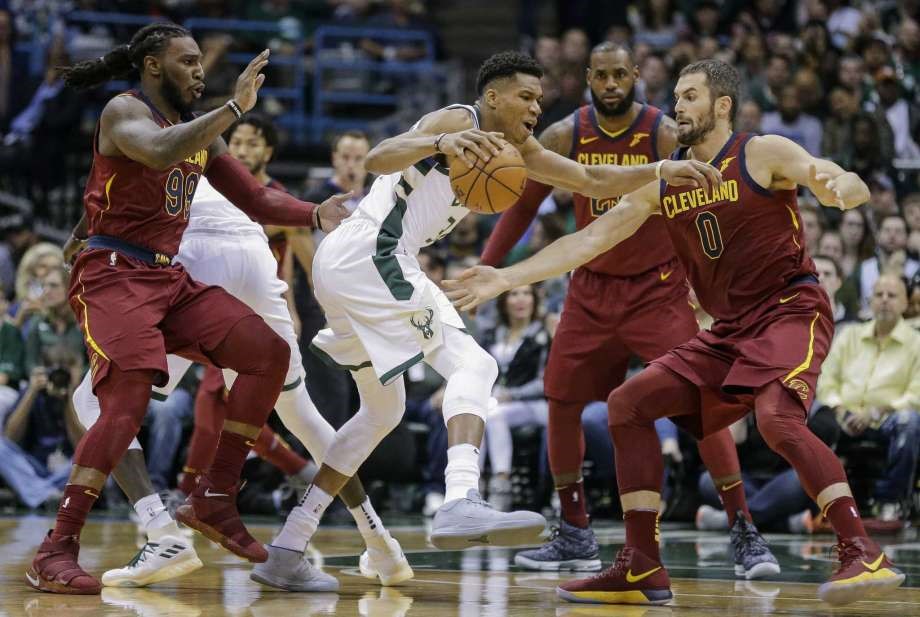 Despite the addition of Crowder and Green, there are still too many weak spots on Cleveland’s defense. For starters, Wade and Rose haven’t been good at defense in recent memory. Kevin Love is getting rebounds but looks a step slower in defending his man. Tristan Thompson looks complacent and is averaging career lows in rebounds and blocks.

JR Smith and Iman Shumpert have looked lost since last season. Kyle Korver is showing the effort but it has never been good enough anywhere he’s played. Then you have 36 year old Jose Calderon and 34 year old Channing Frye. LeBron? He has never played defense during the regular season in years. We can go on. But the point is this: Cleveland has gotten ‘old’ and it plays older on defense.

And even if we say this that this group of seniors work something out in some meeting sometime soon, it’s hard to imagine this crew sustaining 48 minutes of defensive energy given their age and defensive limitations. Isaiah Thomas? Offensively he’s awesome but honestly, he’d even compound their defensive woes. 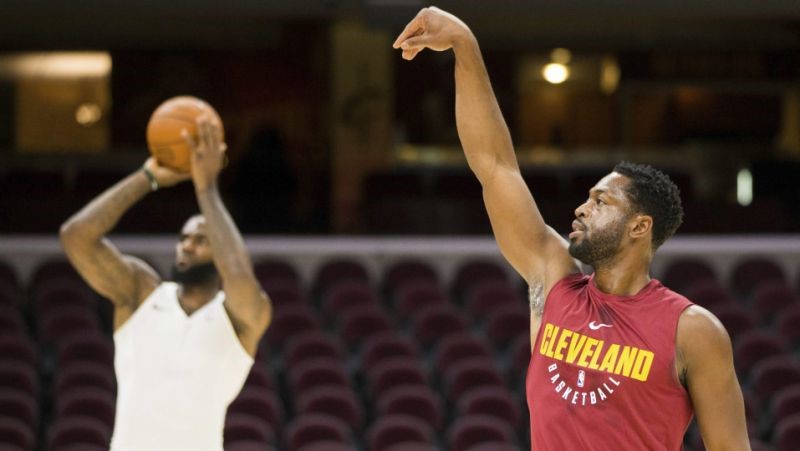 Talking about offense, it’s not helping the Cavs either. While they are surrendering the highest percentage from the three point area, they are also shooting the three ball at just 33.1%, tied for 23rd in the NBA. That percentage is the worst of any Cleveland team during LeBron’s second tour of duty with the Cavs.

Adding Wade and Rose during the offseason didn’t help in this area. Both are neither good three point shooters with Rose a career .298 and Wade worse at .287 all-time from beyond the rainbow line. Hopefully, the return of Isaiah Thomas can address that problem. Thomas made 3.2 three pointers per game last season and shot the three ball at 37.9%.

But Thomas is not expected to return until early next year ( still with no definite date ) so the Cavs will have to gut this thing out for thirty plus more games before it potentially gets fixed. Question is can they hold the fort while Thomas is still recovering? And even if IT returns, will he be back at 100% right away? We’ll cross that bridge when we get there. 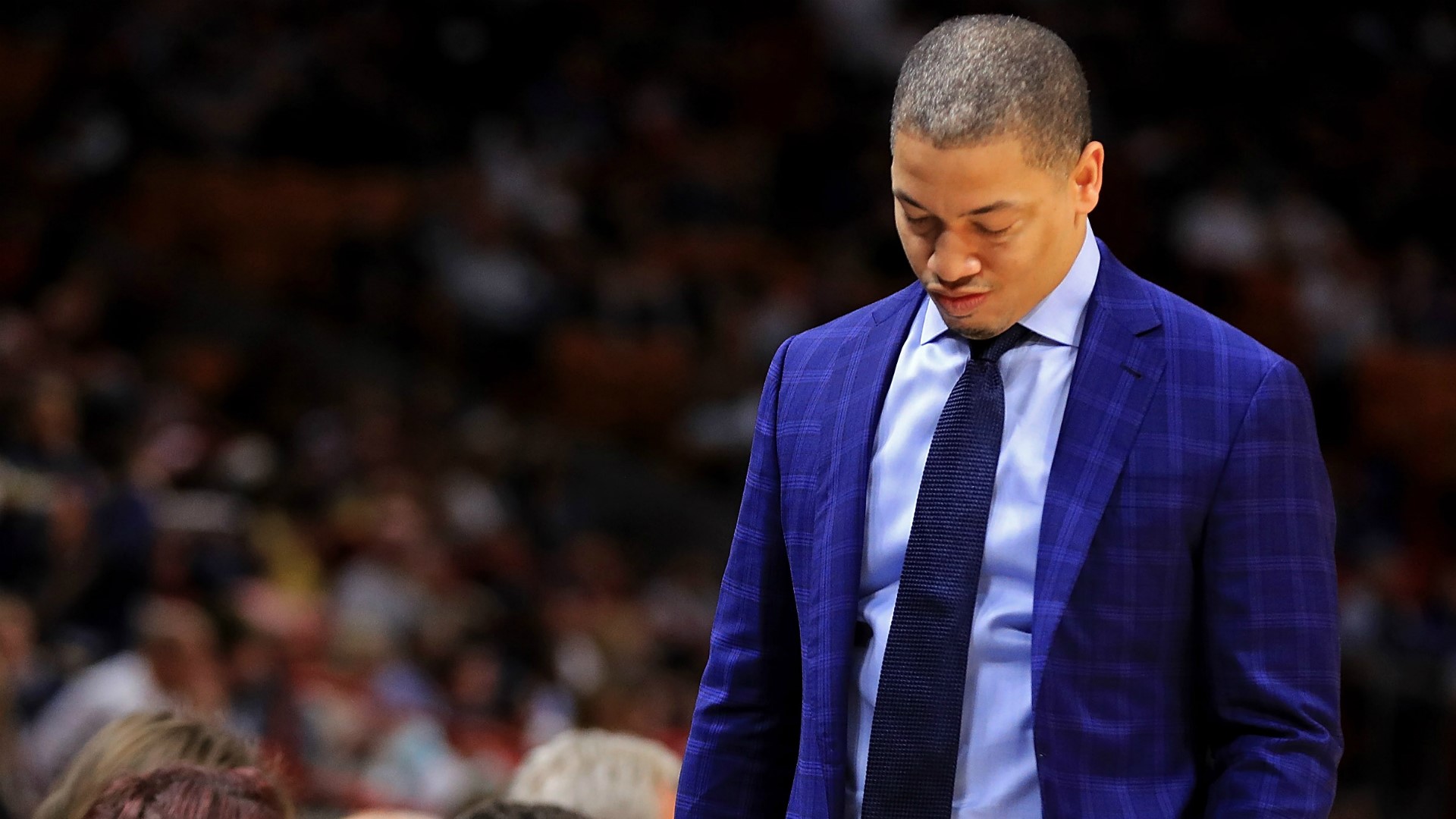 They say that it’s players who win games coaches who lose them. Look, it’s not fair to put the blame on the coach when a team is losing. But it appears that Tyronn Lue doesn’t know what to do with the new weapons that the team has added this season.

Crowder is playing just 22.9 minutes per game and he won’t be effective unless he plays the 30 something minutes per game he averaged in Boston. Wade has career lows in minutes, field goal attempts, field goal percentage and points. You can forgive the points and attempts because he is no longer the main option in Cleveland. But the FG percentage? Wade isn’t getting the kind of shots he has to in order to be Dwyane Wade.

Before the season, Lue said this will be Kevin Love’s best season in Cleveland. Unfortunately it’s not. Look up his stats and Love is averaging fewer minutes, FG attempts, 3P attempts this season. He’s also having his worst shooting season as a Cavalier. Lue has tweaked his starting line-up several times already and we’re only two weeks into the season. We’re not blaming him for looking for solutions to Cleveland’s problems. We’re worried why he hasn’t found one yet. 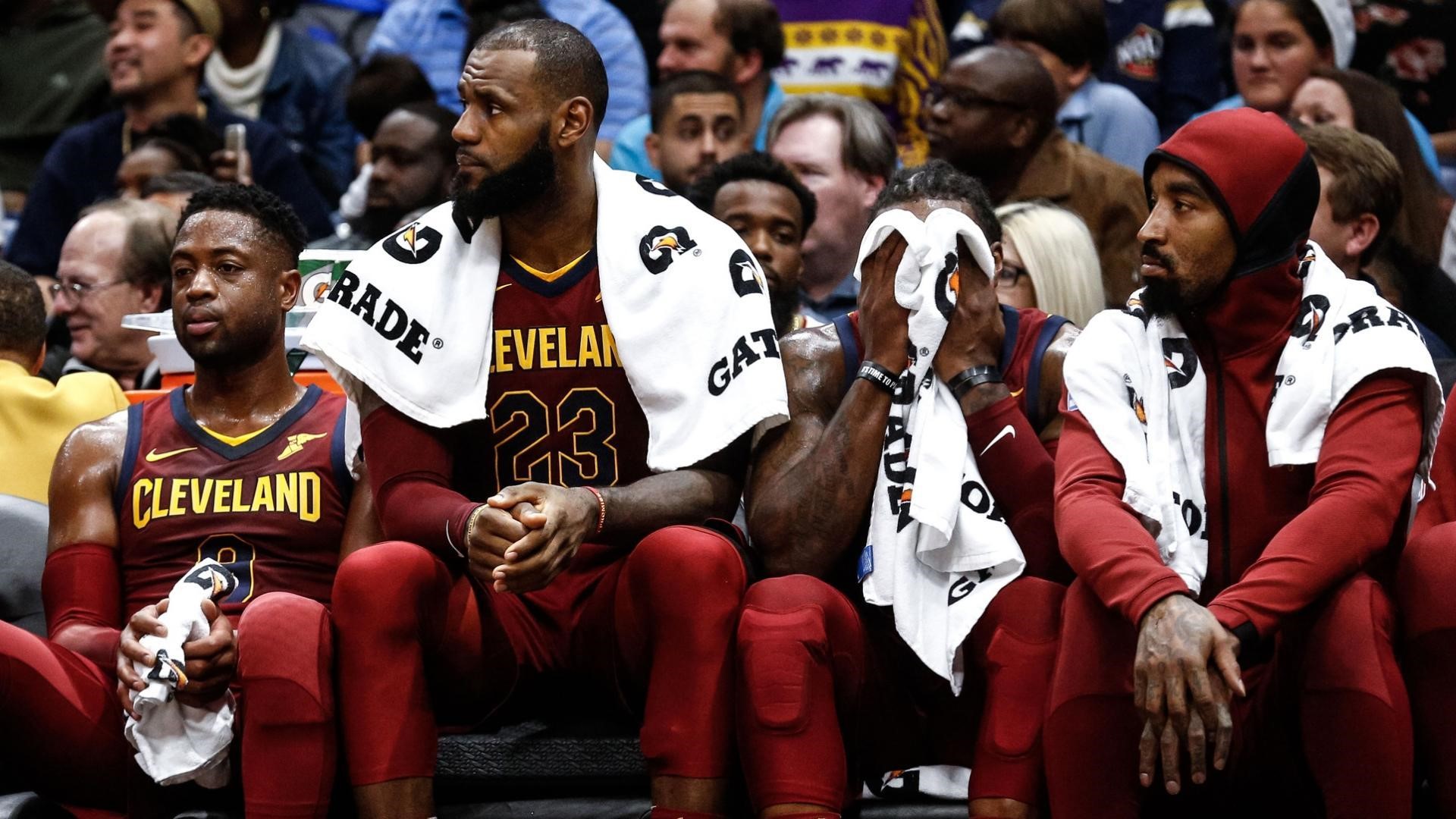 Good thing for the Cavs, it’s an 82 game season and we’ve played just two weeks of the season. They are a veteran team who’s been here before. Remember when they struggled under David Blatt during their title year in 2016? But it won’t be easy this time around, not with this current line-up.

If Cleveland wishes to address their three point woes by putting Frye and Korver on the floor, their defensive problems will show. When they use Thompson for defense, their floor spacing capabilities decrease. Defensive stalwarts Crowder and Green are also shooting the three ball at below .300.

Their best backcourt of Rose and Wade aren’t three point shooters nor are they elite defenders. Worse, Tyronn Lue doesn’t seem to know what to do with what he has. There is legit trouble in the Land. And while LeBron James said it’s still ‘October’ ( now November ), it’s going to be April very fast. Hopefully, the Cavs will be in striking distance when Thomas returns. Hopefully too, they will be in playoff position come April.