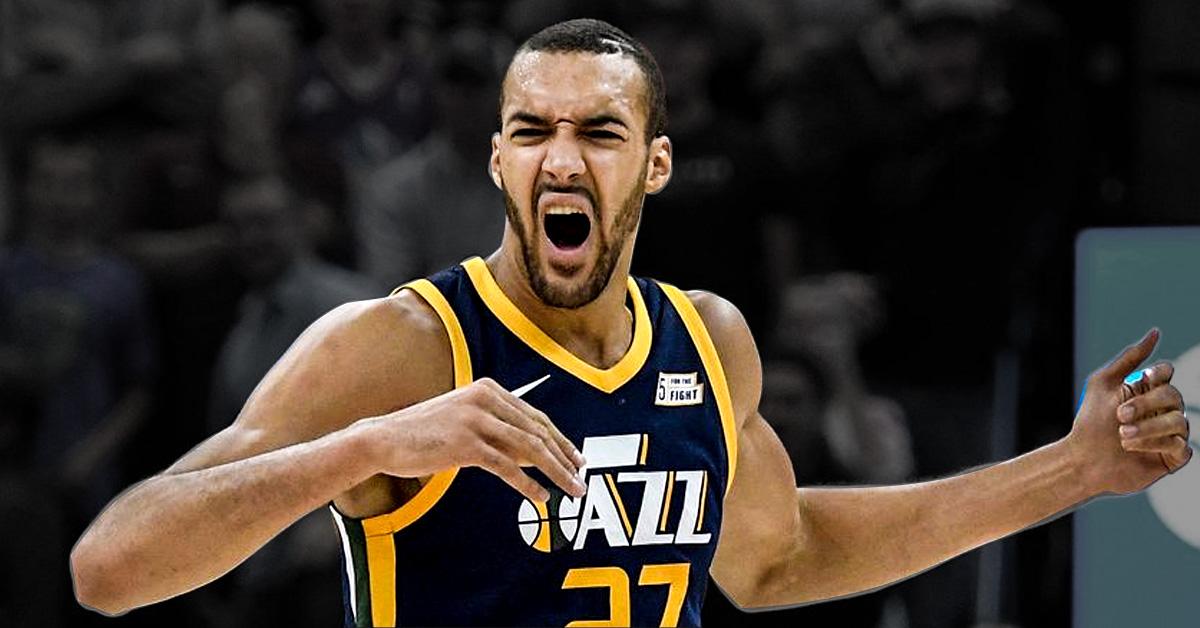 The Rudy Gobert Effect In Utah

The Utah Jazz are one of the most surprising teams this year. The Jazz were not supposed to be in the thick of the fight at this stage of the season. But instead of tanking for lottery position, they are playing for home court advantage in the playoffs more than they are in danger of falling out of playoff picture.

Utah was 19-28 on January 22nd and looking every bit the team that lost its franchise player in the summer. Two months later, the Jazz are 9 games over the .500 mark and one of the hottest teams in the league.

A League By Themselves 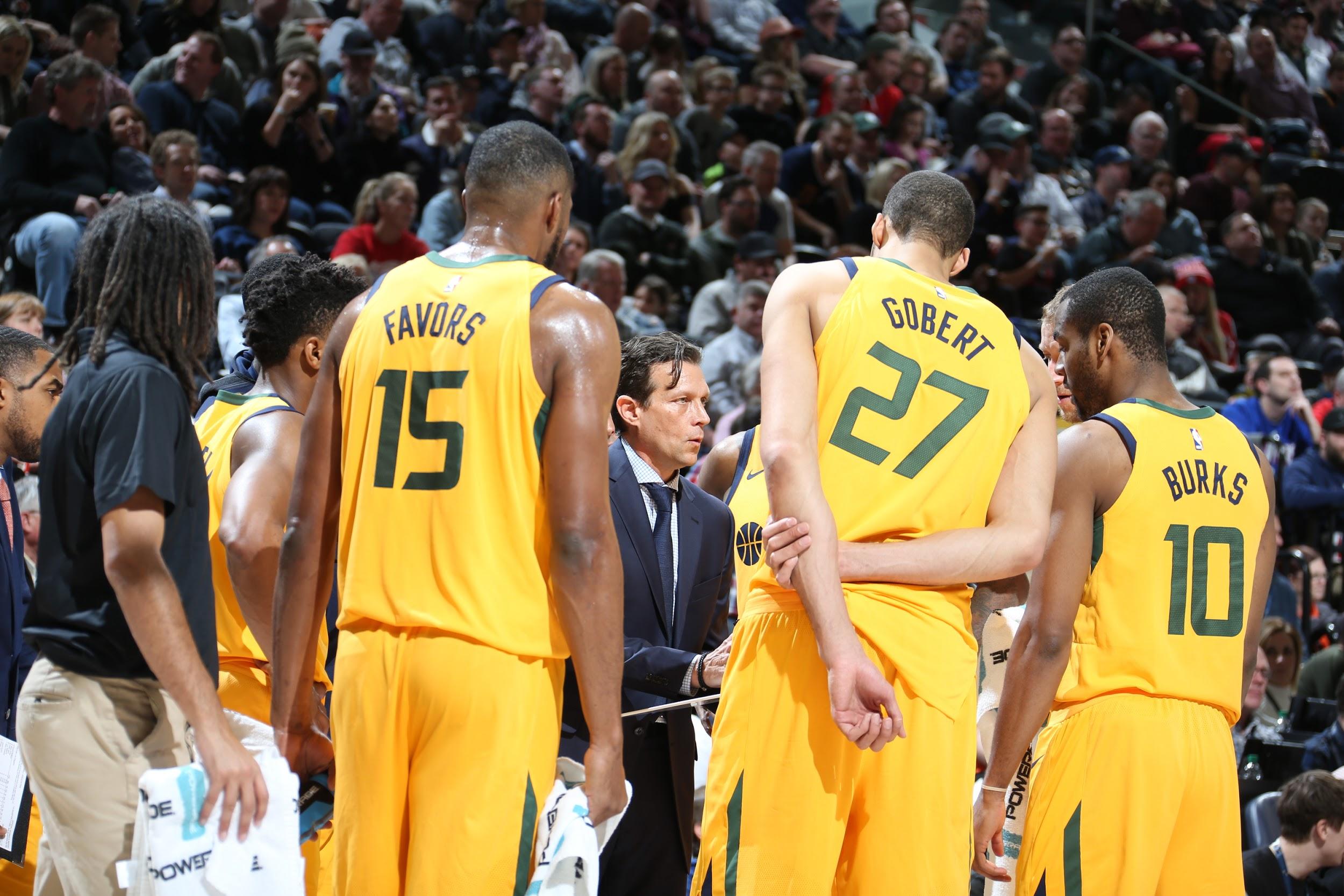 Since January 24, 2018, the Jazz have the third best record in the NBA at 23-5. Over that period, only the Houston Rockets ( 28-2 ) and the Toronto Raptors ( 24-6 ) have been better. Don’t forget that those two teams are the Conference leaders right now while Utah is merely an 8th seed as of the moment.

Such a startling difference speaks volumes of Utah’s defense and how very superior it is as compared to the rest of the NBA. In fact, you could argue that in terms of Defensive Efficiency since January 24, 2018, the Utah Jazz are in a league all by themselves. 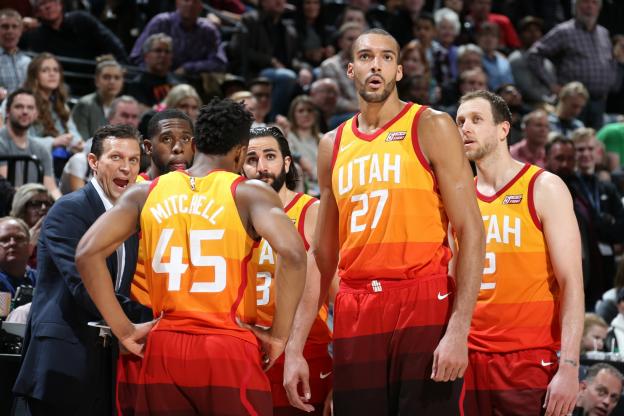 So what has changed for Utah since January 24th that has suddenly transformed them into these defensive specialists?

Move the calendar back five days from that date. On January 19th, center Rudy Gobert made his first game back after missing 26 games due to a knee injury.

Gobert was accidentally rolled into by teammate Derrick Favors while grabbing for a rebound during the team’s 107-95 win over the Boston Celtics in Boston on December 15, 2017. An MRI revealed that Gobert sprained the posterior cruciate ligament of his left knee and also suffered a bone bruise in his tibia.

Prior to that, Gobert missed another 11 games from November 11, 2017 to December 1, 2017 because of another knee injury, to his right knee which suffered a bruise after Dion Waiters crashed into it during the Jazz’s 74-84 loss to the Miami Heat on November 10, 2017.

Overall, Gobert has missed a total of 26 games this season. Utah is 11-15 without Gobert but are a completely different 31-17 team when the Stifle Tower is patrolling Utah’s middle. The difference in winning percentage alone speaks of Gobert’s value to the Jazz and what his presence does to the team.

It’s hard to quantify how valuable a player is to one team because there are plenty of intangibles that one player does that doesn’t reflect in the stats sheet. For example, if you take a look at Rudy Gobert’s statline, it’s not one that’s going to make headlines in the papers: 14.0 points, 10.8 rebounds, 1.4 assists, 2.3 blocks and 0.8 steals per game. Sure, 2.3 blocks per game is very impressive, considering the league leader Anthony Davis averages 2.5 blocks per game. But Gobert’s other numbers look just ordinary. However, if we dig further, we’ll find out that Gobert himself is far from being ordinary. 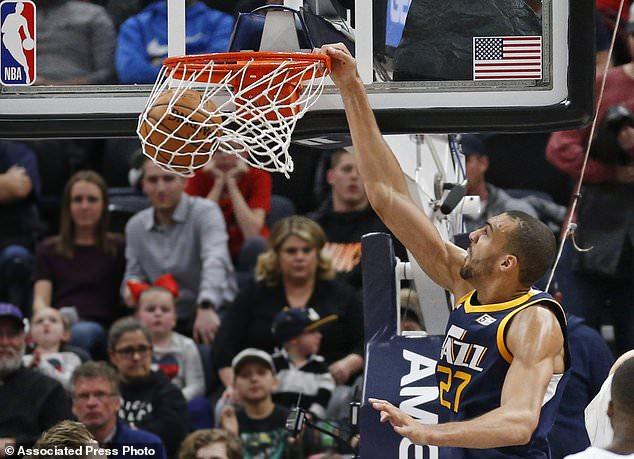 Closest to Gobert in this category are Joel Embiid of the Philadelphia 76ers ( at 99.7 points per 100 possessions, negative difference of 6.5 points per 100 possessions without him ), Anthony Davis of the New Orleans Pelicans ( 104.3 with him and 5.9 worse without ) and Al Horford of the Boston Celtics ( 100.9 with him and less than 1 point without ).

Defensive Rating is a sum total of several things that a team does on defense and it may sound vague. To dissect it further, Utah leads the league in Opponent FG% ( 42.6% ), Second Chance Points Allowed per game ( 10.4 points per game ) and Defensive Rebound Percentage ( 80.9% ) since January 24th. They are also 2nd in the league in Opponent 3PT% ( 33.0 ) during this period.

But how can one man affect all these numbers when he is just one of five players on the basketball court? Utah’s head coach Quin Snyder puts it this way:

"His presence on the floor gives us a chance," Snyder told ESPN. "He's our most important player as far as how he anchors our team. He's the foundation."

Said Snyder in another interview:

“It’s like building a house,” Jazz Coach Quin Snyder said. “You have to have a foundation. And he’s that foundation for our group. When you have that foundation, it allows everybody else to suddenly grow and get better.”

The Jazz were given up for dead after team superstar Gordon Hayward left for Boston during free agency. But instead of just giving away the season and rebuilding for the future, the Jazz refused to go away. The fought back and rallied behind their big man.

Sure, let us not forget that this season has also been about the arrival of another cornerstone in first round draft pick Donovan Mitchell. Mitchell has without doubt exceeded all expectations and has virtually replaced Hayward as Utah’s top offensive option. But while Mitchell has been the offensive star that the Jazz have been looking for, it’s Gobert who changes the game and changes the team. Added Snyder:

“We show more offensive highlights than we do defensive highlights,” Snyder said. “Historically those have been the numbers that are easiest to calculate and the most available. Now we have things like defensive efficiency, both individually and collectively. We have things like screening assists. So, when you’re evaluating Rudy, you have to dig a little deeper, I think, to understand his true impact.”

“Rudy can dominate a game and go 4 for 6 from the field and have 11 rebounds and two blocked shots. That’s unusual. And it’s really hard to see that for me, for everyone. All of a sudden you look back and see Rudy played great because all these things happened because of him being out there.” 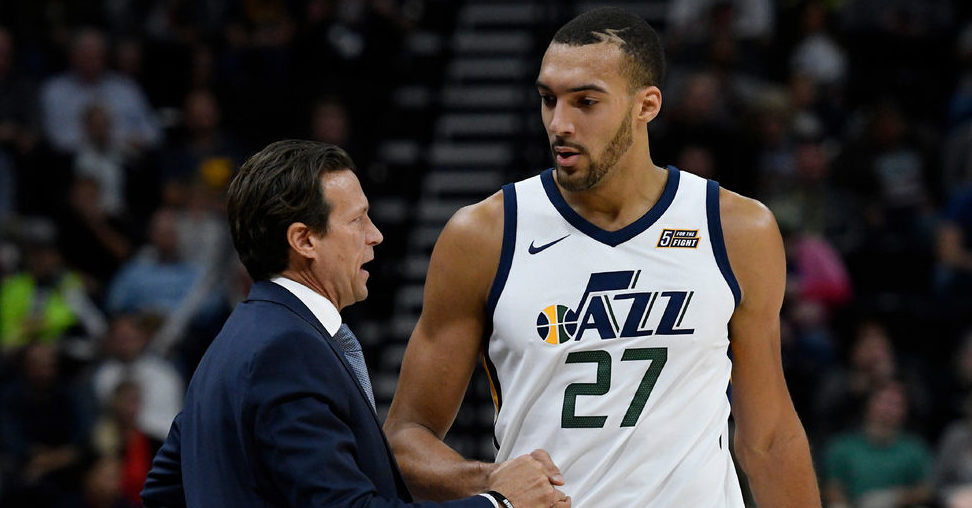 Indeed it’s easy to measure stats when you’re say James Harden, LeBron James, Russell Westbrook, Kevin Durant or Stephen Curry. That’s because their numbers show in the regular stats sheet and their numbers are always sexy. But if you look at advanced metrics like individual and team defensive efficiency, players on/off and the likes, you measure Rudy Gobert’s true value. Factor in new stats like Screen Assists ( a screen that leads to a basket ) and Contested Shots which measure a player’s hustle, Gobert is second to none in the NBA.

In an interview, Gobert proclaimed that he is the most impactful player in the league this season. He may be correct and the numbers don’t lie. Gobert also believes that he should be the Defensive Player of the Year winner and most believe him when he says that. The only knack on Gobert’s chances of winning the DPOY is that he’s missed 26 games this year. But if Kawhi Leonard won DPOY in 2014-15 after missing the Spurs’ first 18 games, why not Rudy Gobert?

Defensive Player of the Year is just one discussion topic for Rudy Gobert. You can make a strong case for him as one of the Top 10 players in the league right now. Again, his numbers aren’t sexy. His impact doesn’t show up in the stats sheet. But his team is winning and when they make the playoffs, they’re going to be a handful for any opponent.