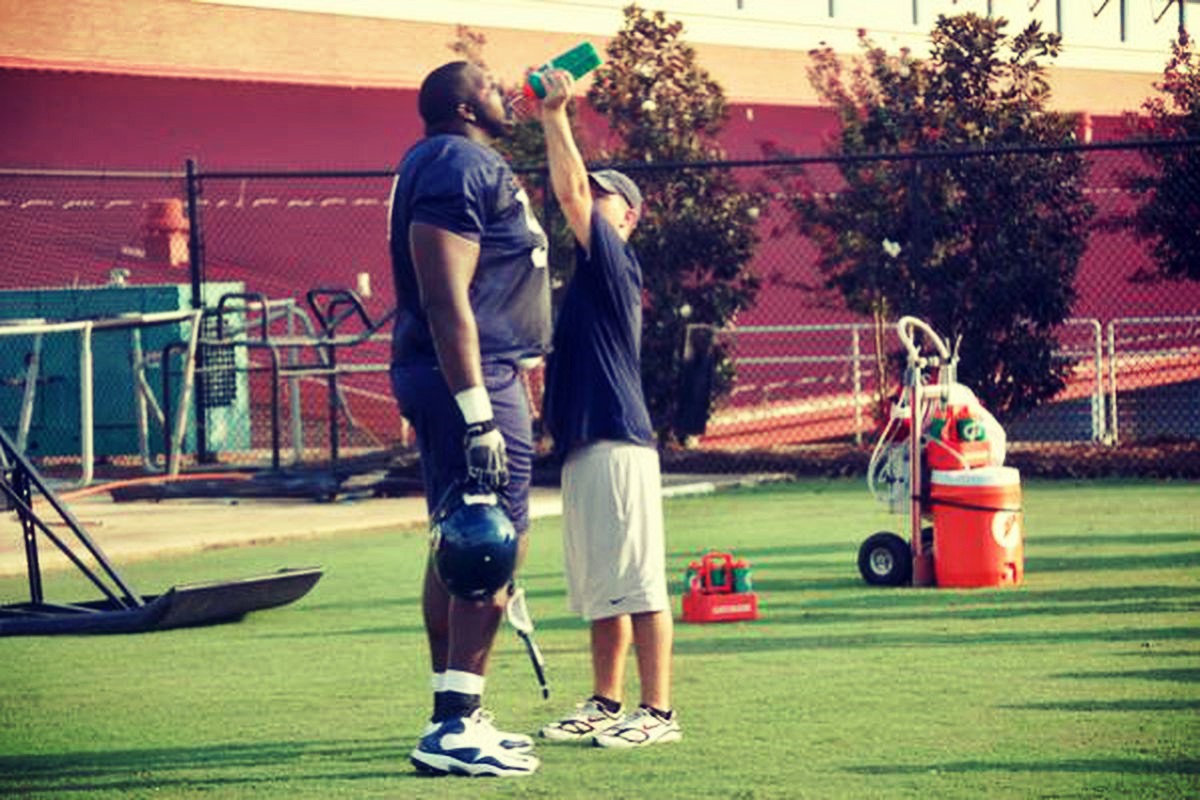 The Tallest Players in NFL History By Positions

American football is known for players with size and strength. But in the history of the game, there are/were players who were tall enough to play professional basketball too.

Here are the tallest players in NFL history by position: 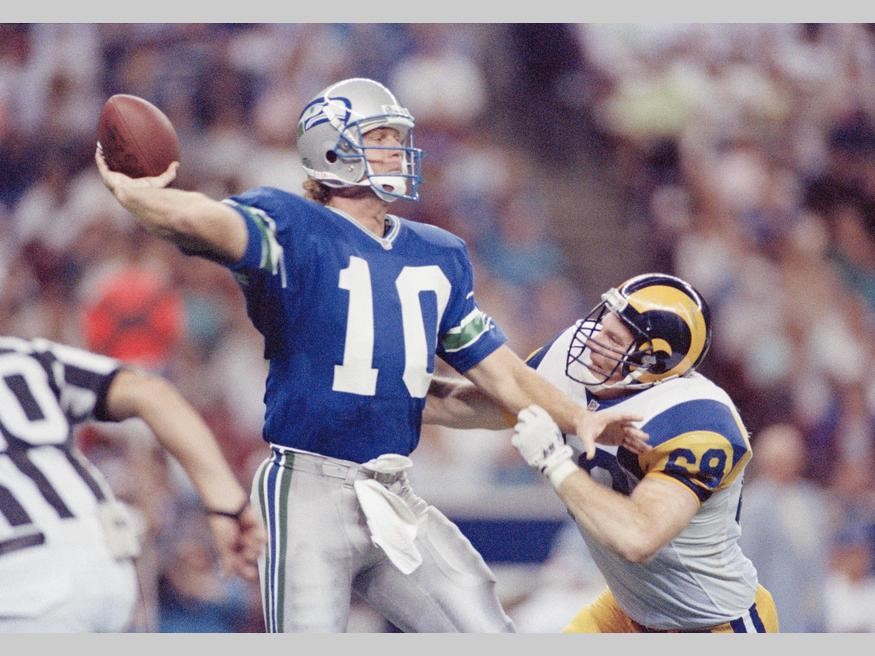 The brother of baseball home run king Mark McGwire, Dan McGwire was the 16th overall pick in the 1991 NFL Draft by the Seattle Seahawks. McGwire was the first quarterback taken in that draft class, one that had Brett Favre taken in the second round. Instead of becoming the Seahawks’ QB of the future, he played only four seasons there, 12 total games overall.

McGwire only had three career starts and the Seahawks went 1-2. After four forgettable years with the Seahawks, McGwire played one more season for the Miami Dolphins. His final NFL statline 74-148 passing and 2 career touchdowns.

Brandon Jacobs is one of the most accomplished running backs in New York Giants’ franchise history. The former 4th round pick ( 110th overall ) in the 2005 NFL Draft, Jacobs is s two time Super Bowl champion ( XLII and XLVI), with both wins against the New England Patriots.

Jacobs played his first seven NFL season with the Giants before going to San Francisco during the 2012 season. He finished his NFL career back with the Giants in 2013. He is the Giants’ franchise leader in career rushing touchdowns at 60.

Because he was 6-8, Harold Carmichael also played center for the Southern University Basketball college varsity team. But football was his true love and after being selected 161st overall in the 1971 NFL Draft by the Philadelphia Eagles, Carmichael had a 13 year NFL career.

Carmichael was a four time Pro Bowl selection and an Eagles Hall of Fame inductee in 1987. He led the NFL in receptions in 173 and was named to the NFL’s 1970’s All-Decade team.

Stroud used to line up under the goal post while trying to deflect the opponent’s field goal attempt from there. That prompted a rule change from the NFL - The Stroud Rule,
( Rule 12, Section 3, Article 1 ) prohibiting such defensive play.

The 76th overall pick in the 1969 NFL Draft by the Kansas City Chiefs, Stroud is widely regarded as the second tallest NFL player of all-time. Although he never played a single game during the 1969 season, Stroud was part of the AFL championship game roster and hence is considered as a Super Bowl winner ( Super Bowl IV ). 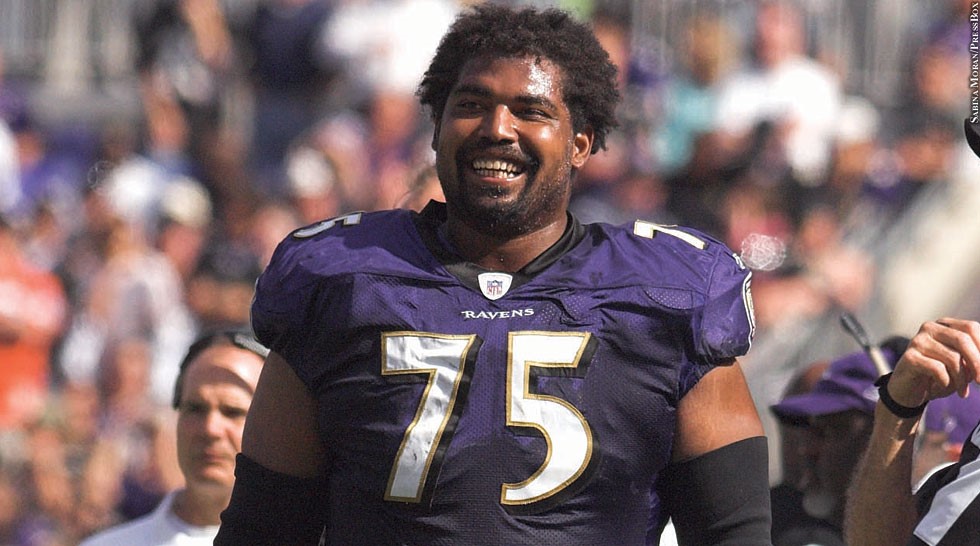 Jonathan Ogden is the first ever draft pick in Baltimore Ravens history. Taken 4th overall during the 1996 NFL Draft, Ogden played his entire NFL career with the Ravens. He won a Super Bowl ring in 2011 after the Ravens beat the New York Giants at Super Bowl XXXV.

In 12 seasons, he was an 11-time Pro Bowl selection, missing the Hawaii Trip only during his rookie season. Ogden was also a 9 time All-Pro, including four times in the first team. He was named to the NFL’s All-Decade team for the 2000’s decade and inducted to the Pro Football Hall of Fame in 2013. 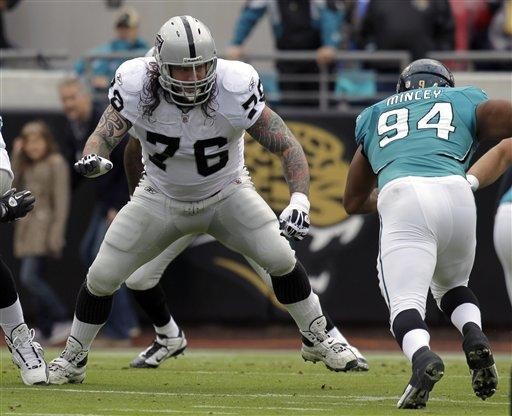 Robert Gallery received unanimous All-American honors in 2003 and was First Team Big 10 from 2002-03 and was drafted 2nd overall in 2004 by the Oakland Raiders. Gallery was considered as the best lineman to come out of college in years. His perfect 9.0 Draft Rating was the highest ever for a linesman but he never lived up to expectations in the pros.

Gallery played for Oakland from 2004-2010 before signing a 3 year, $15M deal with the Seattle Seahawks in 2011. He player only one season in Seattle and became a practice player for the New England Patriots the following year. 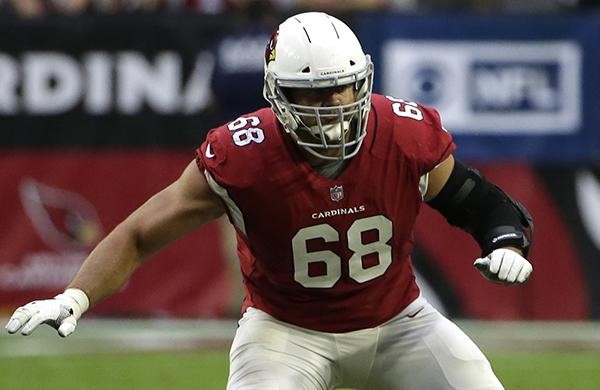 In 2014, Jared Veldheer signed a 5 year deal worth $35M with the Arizona Cardinals after spending his first four NFL seasons with the Oakland Raiders. Veldheer was the Raiders’ 69th overall pick in 2010 following a standout college career at Hillsdale College.

At Hillsdale, Veldheer earned All-American honors in 2009. He was also the school’s offensive lineman of the year in 2007 and 2008. Veldheer is also an alumnus of the Delta Sigma Phi fraternity.

Nicknamed “Too Tall” because he was once considered too tall to play pro football. But Ed Jones became a two-time All-American defensive lineman at Tennessee State and became the #1 overall pick in the 1974 NFL Draft.

Jones played a total of 15 seasons for the Dallas Cowboys and earned 3 All-Pro and 3 Pro-Bowl selections. He briefly left the Cowboys in 1979 and attempted a career in pro boxing. 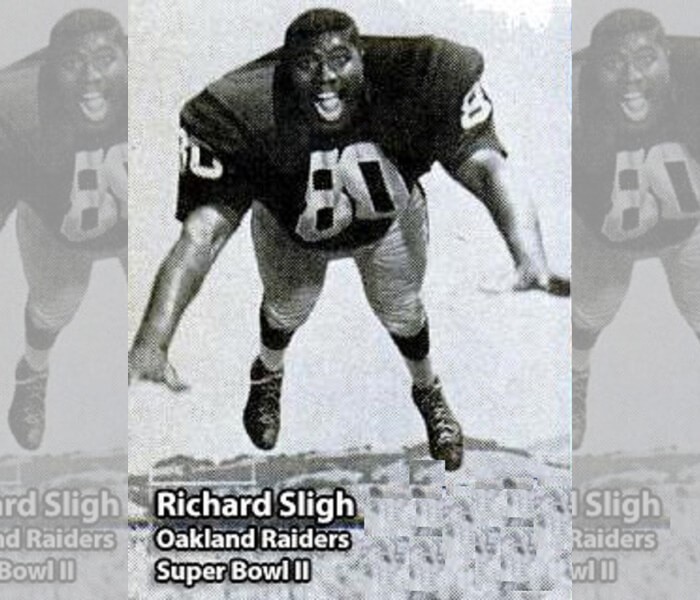 Sligh played only one season in the NFL ( 1967 ) and won the AFL title with the Raiders that year. He was a reserve on the Raiders’ Super Bowl 2 roster. He was also a dean’s lister in college and graduated with a Biology major and Chemistry minor.

An undrafted free agent in 2011, Michael McAdoo signed with the Baltimore Ravens in 2011 and was part of the title team that won Super Bowl XLVII in 2012. McAdoo played college football at the University of Carolina under a football scholarship.

In 2011, the NCAA declared him permanently ineligible for academic misconduct. His violation? Plagiarism. He filed a lawsuit against the NCAA and the University of North Carolina but his reinstatement request was denied.

The tallest safety in the NFL was the Dallas Cowboys’ fifth round pick ( 53rd overall ) in the 2006 NFL Draft. Canadian Pat Watkins played college football for Florida State University where he played 49 consecutive games.

Watkins clocked 4.42 seconds in the 40 yard dash during the 2006 NFL Scouting Combine. He played three seasons for the Cowboys and one for the San Diego Chargers.

Travis Dorsch played two seasons in the NFL, one for the Cincinnati Bengals and another for the Green Bay Packers. He was originally a 4th round pick of the Bengals in 2002 ( 109th overall) after playing his collegiate career a Purdue.

Dorsch completed his Doctorate degree in Sports and Exercise Psychology in 2013. He is currently an assistant professor at the Utah State University.

Shawn McCarthy’s 93 yard punt against the Buffalo Bills in 1991 is the New England Patriots’ franchise record and the third longest in NFL history. Drafted in the 12th round of the 1990 NFL Draft by the Atlanta Falcons, McCarthy played for the Patriots from 1991-1992.