If men can box, women can, too!

Female boxing existed as early as the 18th century, and the first recorded female boxer in history was Elizabeth Wilkinson. This amazon—who called herself the “European Championess”—competed against both sexes in bouts where violent attack methods like gouging and kicking were still permitted. Women’s boxing made its first appearance at the Olympic Games in 1904, however only as a demonstration game. The Swedish Amateur Boxing Association has been credited for the revival of the said game, sanctioning boxing matches for females in 1988. But it was only in 1999 when the first European Cup for Women was introduced and it was only in 2001 when the first World Championships for Women was held. In 2009, the Olympic Committee’s Executive Board announced that women’s boxing will be included as an official event in the 2012 London Olympics. In 2016, we saw the popularity of women’s boxing surge during the Rio Olympics.

Women’s boxing still has a long way to go before it reaches the highly renowned status of its male counterpart, but it cannot be denied that there are a lot of female punchers worthy of our appreciation, too. Below is a list of the best female boxers this world has ever seen. They are world champions, and they are an inspiration a lot of aspiring lady prizefighters.

She is called “The Knockout”. Do you know why, though? Well, Mia St. John earned that nickname after thrashing her opponent Angelica Villain just 54 short seconds into the first round. That is how you do your professional debut! She is a former IFBA and IBA lightweight champion and was an ex WBC super welterweight champion as well. To show the world that there is a “feminine” side to her despite being a fig sports athlete, she posed on the cover and 11 inside pages of Playboy magazine in November 1999. Now that makes her even more deserving of the nickname "Knockout". 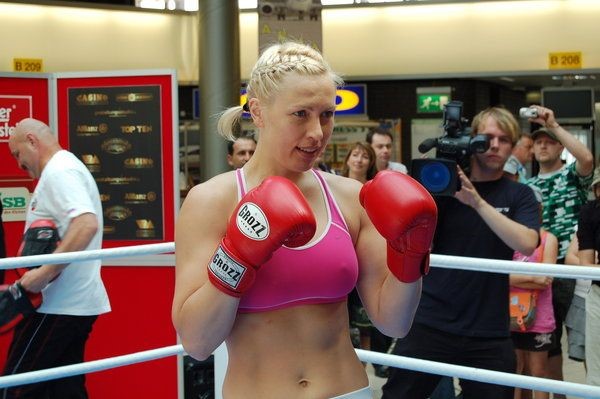 This fighter never tasted defeat in her entire professional career. She won every single one of her 22 fights, 13 of these being knockouts. She was once the top female super middleweight boxer in the world, and is considered to be the longest reigning WBA and WBC female super middleweight champion. Natascha’s last match proved to be a little challenging for her as she challenged for the female heavyweight titles. Ragosina was 65 pounds lighter than her opponent Pamela London.

But, thanks to her remarkable speed and reach, she was able to pin down the latter during the eighth round and win by knockout. The victory gave Ragosina the WBF and WIBF heavyweight titles to add to her trophy case and improved her championship record to an immaculate 16-0. 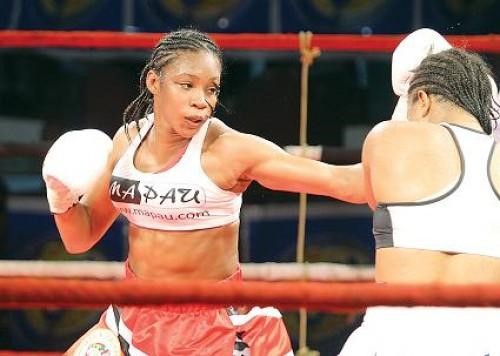 Giselle Salandy is BoxRec’s number one female light middleweight boxer of all time. This boxing lioness from Trinidad and Tobago made her professional debut at the age of 13. At the age of 14, she became the youngest boxer in history to win boxing titles after she won against Paola Rojas for the WIBA IBERO title in 2001. Four years later, at 18, she defeated Manela Saniels to become the youngest female puncher to win the NABC world title. Two fights later, Salandy captured the vacant WBC and WBA super middleweight titles. On March 29, 2008, she became the first boxer to win six title belts in one fight. Sadly, Salandy figured in a vehicular accident in 2009 and eventually died of injuries she sustained from the said tragedy. In August 2009, she was posthumously awarded the Order of the Republic of Trinidad and Tobago, the highest national award in her country. 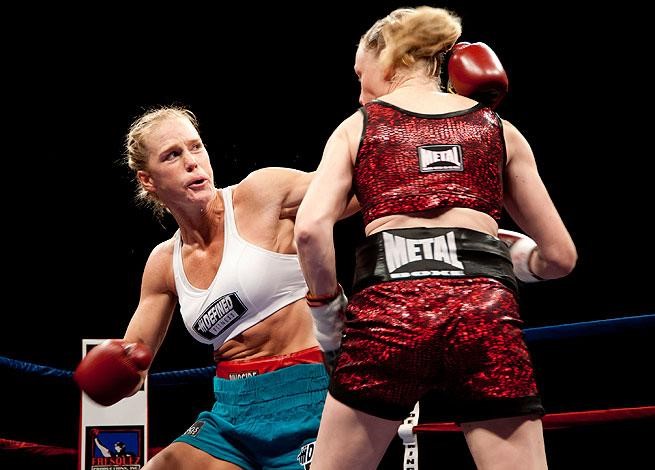 This woman is quite an overachiever. As an amateur kickboxer, she won the women's welterweight division in the International Kickboxing Federation US National Amateur Tournament. As a pro, Holly Holm won world titles in boxing and MMA. Sherdog has named Holm as the number three pound-for-pound female fighter on the planet and the respected publication The Ring Magazine has conferred her the title “Fighter of the Year” twice and in consecutive years from 2005 to 2006. During the course of her standout boxing career, she won multiple titles in three different weight divisions—light middleweight, welterweight, light welterweight—and defended her belts a total of 18 times. She rose to MMA fame by knocking out the then unbeaten and dominant Ronda Rousey at UFC 193 to become the UFC women's bantamweight title. She also challenged for the inaugural UFC women's featherweight belt but lost to Germaine De Randamie at UFC 208. 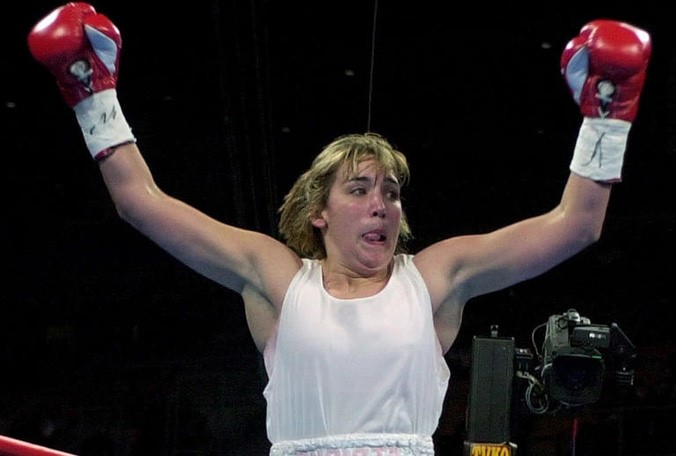 Christy Martin is a pioneer and trailblazer in the sport of female boxing. Dubbed by promoter Don King as the "Coal Miner's Daughter" as a reference to her father's profession, Martin was dubbed by experts as the “Most Successful and Prominent Female Boxer in the United States”, and has been credited for legitimizing the involvement and participation of women in the field of boxing. Martin made her professional boxing debut in 1989 at the age of 21 in a match against Angela Buchanan ended in a sixth round draw. During their rematch, however, Christy knocked down Buchanan during the second round. Martin was unsuccessful in her first two attempts at a boxing world title but finally won her only belt- the WBC super middleweight title by defeating Dakota Stone via majority decision In 2016, she became the first female boxer to be inducted to the Nevada Boxing Hall of Fame. 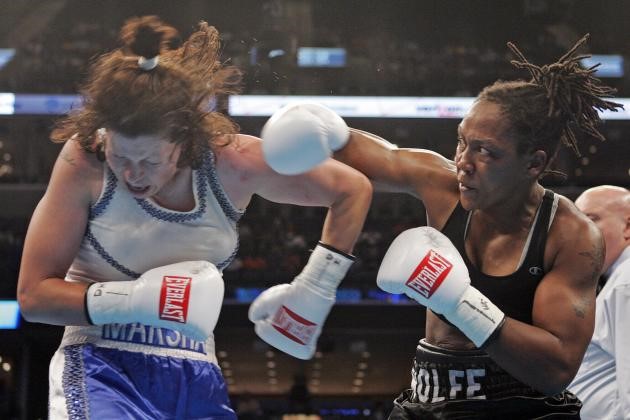 Many consider Ann to be the best fighter as well as the hardest puncher in female boxing history. When she won the IBA world light heavyweight title in 2004, she was officially holding a total of three world titles in three different weight divisions all at the same time, a record she shares with the great Henry Armstrong. Her last fight happened in 2006, thumping down her adversaries Cassandra Giger (via knockout) and Lisa Ested (via decision). She retired from boxing to become a trainer. She currently coaches a number of professional boxers including James Kirkland. Wolf was in the cast of the 2017 movie Wonder Woman as the Amazon warrior Artemis. 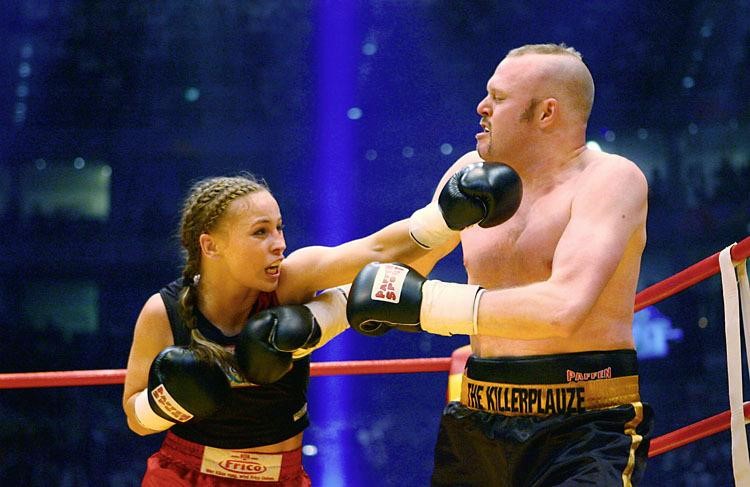 The number four spot belongs to the woman who helped popularize female boxing in Europe. The Ring Magazine named her the second best female boxer of all time in 2016, and is considered by many sports critics as one of the most successful female boxers ever. Her professional debut fight—in which she won—happened in Karlsruhe, Germany back in 1994, a bout against Fienee Klee. From there, she went on to become WIBF junior flyweight, flyweight, and super flyweight world champion. She had her farewell fight in 2007, where she was pitted against Israel’s Hagar Finer. She won the match via majority decision. Regina won l of her 56 matches, 16 of those she won by way of knockout. 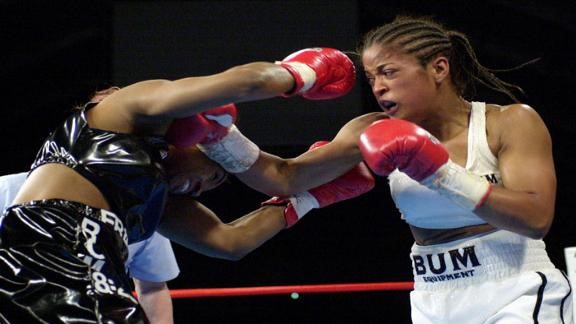 Laila is a superstar without even trying. Why not? She is the 8th of nine children of the greatest boxer that have ever lived, Muhammad Ali. But, this girl does not solely rely on her father’s name as she carved out her own legacy as one of the best female boxers of all-time. Competing professionally from 1999-2007, this woman—who was a nail salon owner before deciding to become a pro boxer—won all 24 of her matches, 21 of those were knockouts! She held the IWBF light heavyweight title, and IBA, IWBF, WIBA, and WBC super middleweight titles and retired unbeaten. 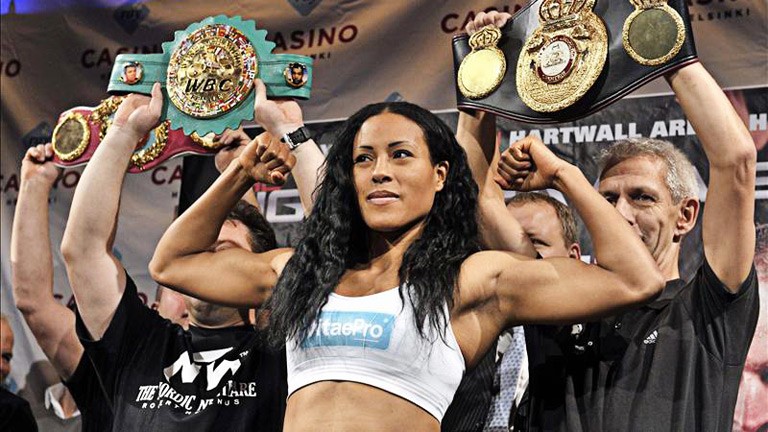 This former kickboxer from Norway is the current undisputed women's welterweight champion and has been such since 2014. Undefeated in 31 bouts, Cecilia Braekhus is the first female boxer in any weight class to simultaneously hold the WBC, WBA, IBF and WBO titles. She is also only the third fighter, male or female, in the history of the sport to accomplish the feat, the other two are Bernard Hopkins and Jermain Taylor. Braekhus won her WBA and WBC belts in her 11th professional bout. She's defended both a record 20 times and has annexed the IBF and WBO belts along the way. 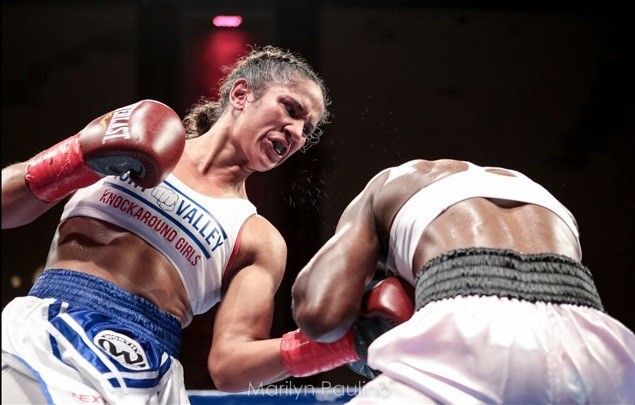 Dubbed as “The Most Dangerous Woman in the World”, Lucia Rijker was already a kickboxing champ before she entered the world of boxing. As a kickboxer, she had an impressive record of 36 wins and no losses, with 25 of those victories coming from knockouts. Interestingly, her boxing career was as badass as her previous profession. She was also undefeated as a boxer, boasting a record of 17 wins and 0 defeats; including 14 victories by way of knockout. She won her first 14 boxing matches but went on hiatus after failing to book a fight with the iconic Christy Martin. She came back to the scene in 2002 and won three more fights. In 2006, she took a break from boxing once more, saying that she would only consider going back to the ring if Laila Ali would fight her. Rijker was a former WIBF world Super Lightweight champion and WIBO junior welterweight world titleholder.